NEW DELHI: The Gujarat elections are just over two months away, and despite admitting that these are ‘crucial’ the Congress has been unable to get its act together. A senior Congress leader from the state said that GST and demonetisation had made the conditions conducive for an Opposition victory but admitted that the party remains faceless and faction ridden even as the BJP is consolidated behind Prime Minister Narendra Modi and BJP President Amit Shah who are in charge.

The BJP will be fighting the elections with PM Modi as the star campaigner. The Congress, exulting still over the slim victory of Ahmad Patel in the Rajya Sabha polls, has not been able to stitch an alliance of any conviction in the state. It is in talks with Patidar leader Hardik Patel who has started his campaign against the BJP, directly urging people not to vote for the ruling party. He is getting good traction at his meetings, but there is still uncertainty whether he will strike out alone or enter into a seat arrangement with the Congress party.

Two other leaders who have credibility, Jignesh Mevani who has emerged as a Dalit icon in Gujarat and Alpesh Thakre with an OBC following are not in the campaign till now. It is too late now for either to float a political party and contest the elections, and at best they can have an alliance with the Congress that is currently unable to forge new alliances as it remains in search of direction.This despite a realisation on the ground that an alliance between the three emerging leaders and the Congress could turn the tables on the BJP.

However, the vested interests that control the Congress in Gujarat are reluctant to part with seats and hence against forging alliance with the young and far more credible leaders in the state. A great deal will also depend on the party’s ability to rid itself of dead wood, although this again has a question mark hovering over it. The final word on candidates and seat allocations will be Rahul Gandhi and Ahmad Patel who has regained stature in Gujarat after his fairly dramatic Rajya Sabha win.

Hardik Patel in fact, is the only opposition leader to have started an all out campaign. " The election is around the corner.They (BJP) will give you many lollipops. Some will even come to buy you. But don't' vote evenly my father,Bharat Patel,if he fights election from Keeshond as aBJP candidate," he is saying at meetings. PM Modi, after inaugurating the Sardar Sarovar Dam reached out specially to the Patidars and it remains to be seen whether the angst of the community is sufficient to resist the all out effort that the BJP is expected to put into wooing them back.

"If the elections are held today, chances of the Congress-BJP's victory are fifty-fifty" said a senior Congress leader sounding more optistic than most. The Congress is confident that demonetisation and particularly GST that has hit business and trade in Gujarat will turn into an anti-BJP vote. And that the Dalits, OBC s and Kolis (fishermen) are in the process of moving away from the BJP in the forthcoming Assembly polls.

However, impartial sources in the state said that while this is true, the very fact that the Congress is still not standing on the ground will drive these communities and disaffected sections back to the BJP. More so as there has been an utter failure of the opposition forces to stitch together an alliance that can be perceived as representative, credible and strong in the state. There is no one face to attract support, and the party as always seems to have left the task of alternative building too late. Besides the reluctance to concede seats to others is visible with just about 10-12 being mentioned informally as the number of seats the party might be willing to consider parting with for Hardik Patel. As those who know him said, he will not agree to this at all.

The BJP will play all the games it has good command over to ensure that a united Opposition does not emerge, and that each constituency sees multi-cornered contests and levels of communal and even caste polarisation where required.

Aam Aadmi party leader Arvind Kejriwal who had kept Gujarat in his sights earlier, seems to have lost his verve and enthusiasm after the electoral defeat in Goa and Punjab. Fighting to just survive in Delhi on a daily basis, and with a depleted team, Kejriwal seems to have given up on Gujarat where he was seen at one time as a direct challenger to both the BJP and the Congress. Both these larger parties have opposed him strongly, although he might have worked as the catalyst for the emerging leadership that have been unable to forge their own alliance either.

All seems to be at the moment as usual, with the Congress unable to take on the BJP in Gujarat. Despite the fact that all admit that this is an important state election, as a defeat for PM Modi and Shah in their home state would have had a direct bearing on the Karnataka,Madhya Pradesh,Rajasthan and Chhatisgarh assembly polls due next year. In all the states the contest is directly between the BJP and the Congress with third parties on the sidelines if at all. The Congress has been unable to take the Gujarat bull by the horn, at least not so far.

China and India Are Not US Competitors, But Its Under-Economies 15 hours ago 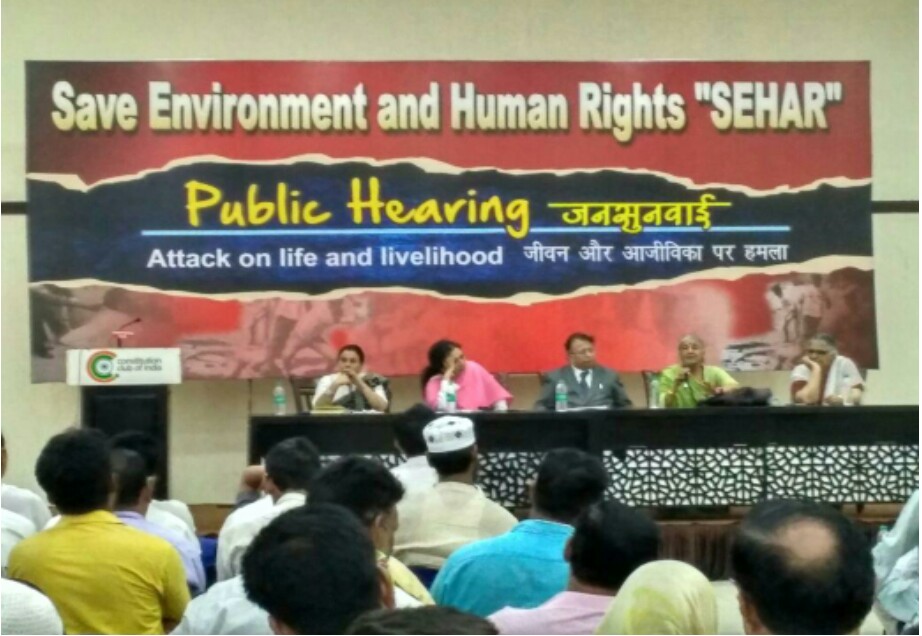