Pakistan, Once Upon A Time

A restaurant in 1960s Pakistan

NEW DELHI: Pakistan today is known to be a fairly conservative country, but the scenario was quite different in its younger days. Muhammad Ali Jinnah’s famous speech in 1947 paints the picture of a radically different Pakistan -- a liberal, tolerant, accommodating country where the State would be neutral in religious affairs. Religion was to be the “personal affair” of an individual, with membership of the State being based on citizenship. In time, however, these principles were edged out as Pakistan came to adopt an overtly religious character.

Images from the country soon after independence, however, throw some light on this other, more tolerant, face of Pakistan. In the 1960s and 70s, Pakistan’s public life was dominated by the country’s western educated, liberal elite. The country was also part of the so-called “hippie trail” as westerns passed through Pakistan from Europe on their way to India and South East Asia.

The set of photos have all been taken by Paracha, a columnist for Pakistani newspaper Dawn. Paracha spent two years scouring newspaper libraries and the personal photo collections of family, friends and acquaintances for images that reveal a more open society. 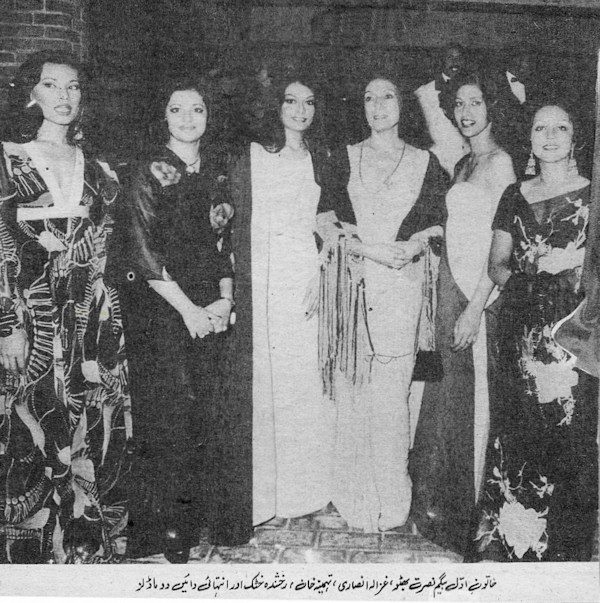 (Urdu newspaper photo of the wife of Prime Minister Zulfikar Ali Bhutto, Nusrat Bhutto (third from right) with a group of Pakistani ‘supermodels’ at a launch party of a film in 1973). 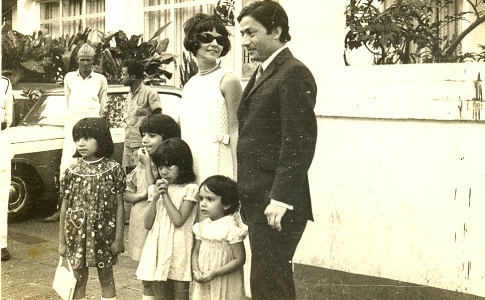 (A Pakistani family waiting for transport after attending a function at Karachi’s Beach Luxury Hotel in 1973.) 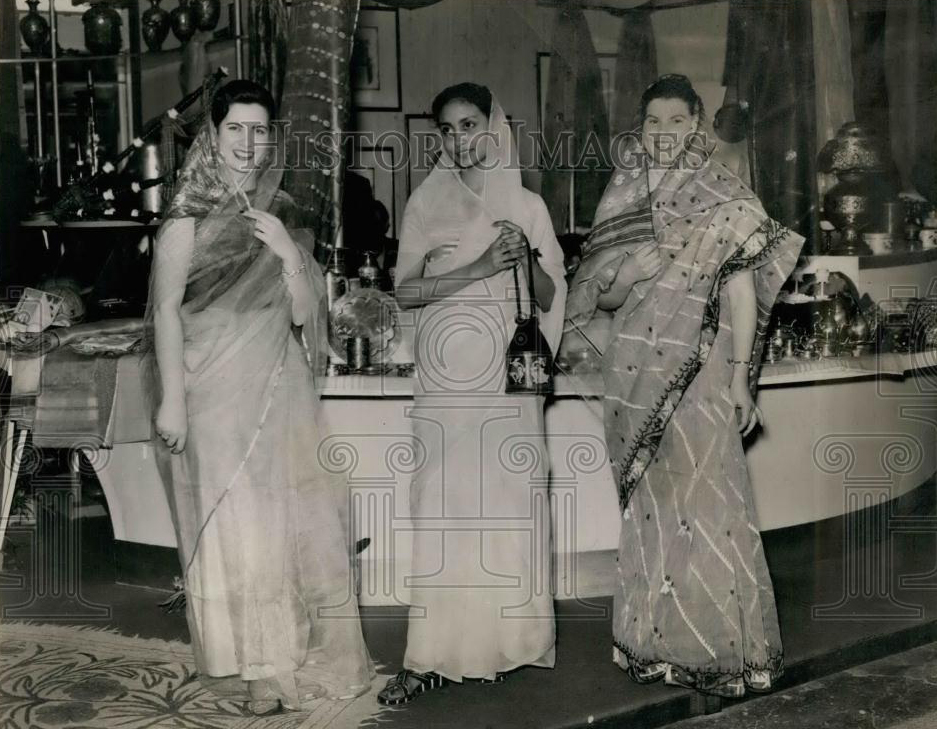 (American and Pakistani models exhibit saris made in Pakistan during a 1961 Import/Export festival in the US.) 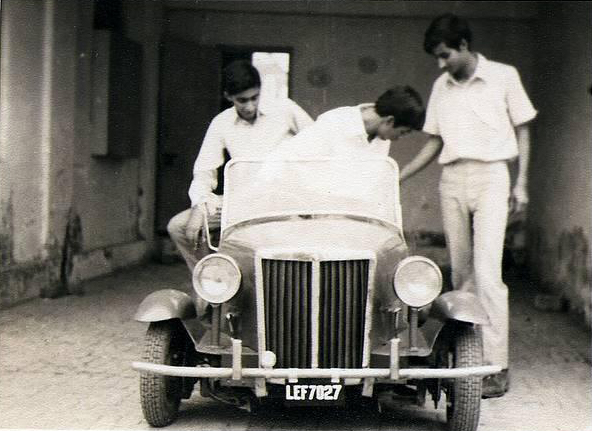 (In 1967, a group of Pakistani high school kids designed the above-seen car all on their own. Dubbed as ‘The first car made in Pakistan,’ the car soon vanished from the country’s memory.) 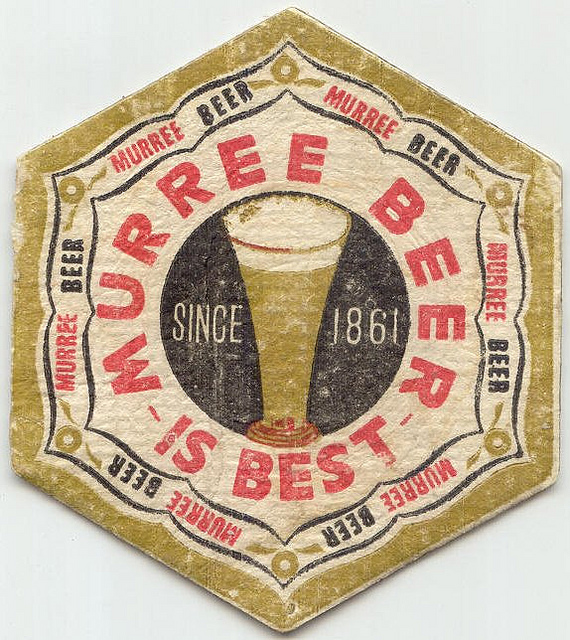 (A vintage 1969 coaster of Pakistani beer brand, Murree. This particular coaster is from the bar at Karachi’s Excelsior Club. It was forced to close down in 1977). 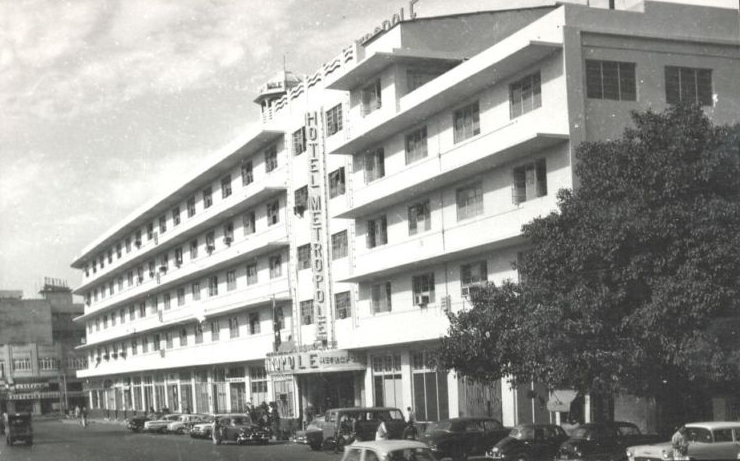 (A 1960s shot of Karachi’s famous Hotel Metropole that was famous for its night clubs and bars). 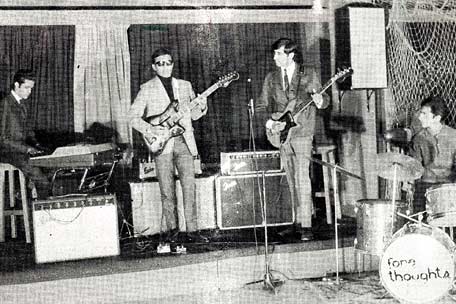 (A bar band performing at the Hotel Metropole in the 1960s). 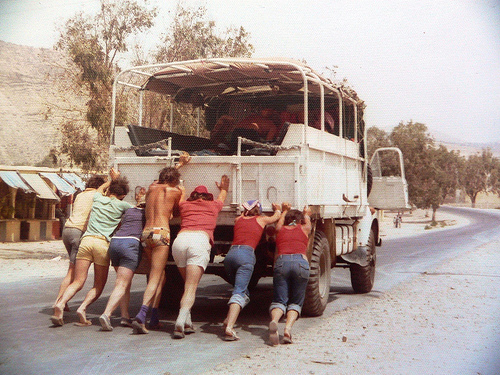 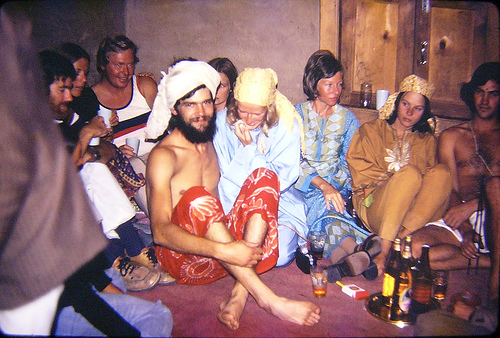 (A group of hippie travellers enjoying Pakistani beer at a rest house in North Pakistan (1974)). 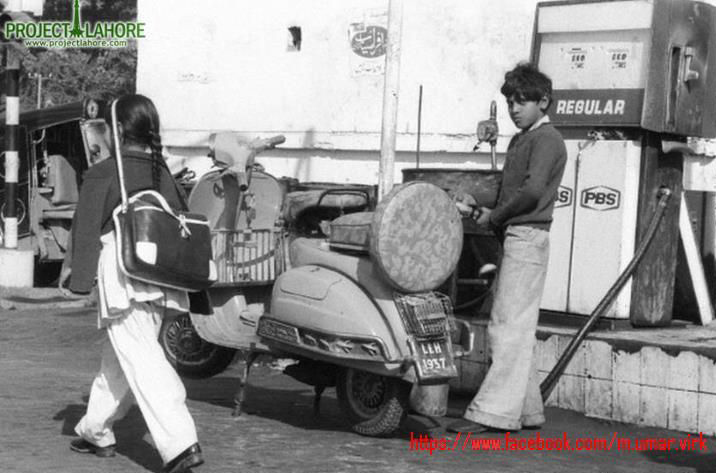 (A 1974 photo showing a young boy in stylish ‘bell bottoms’ filling the tank of a Vespa motorbike as a young school girl walks home in Lahore). 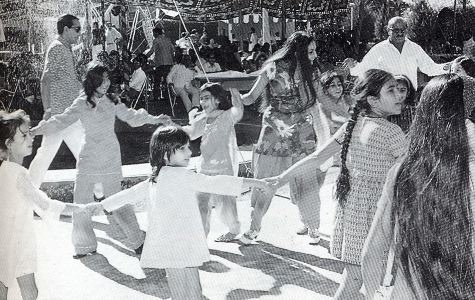 (A young woman plays with school children at a Mela at Karachi’s recreational outlet ‘Playland’ in 1975. Playland was torn down in the late 1990s). 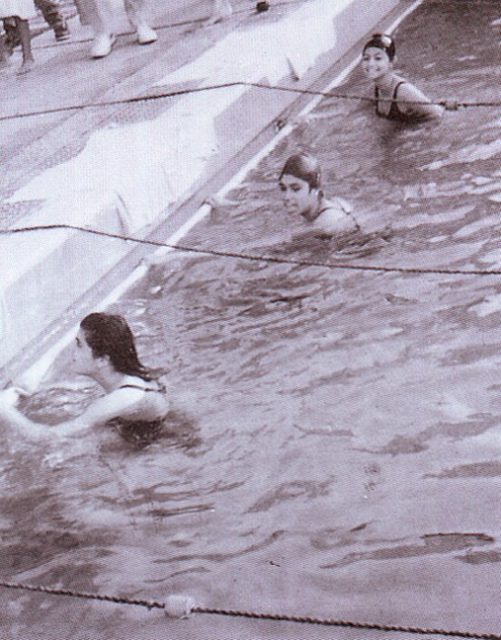 (Girls taking part in a swimming competition at a sports complex in Karachi in 1970). 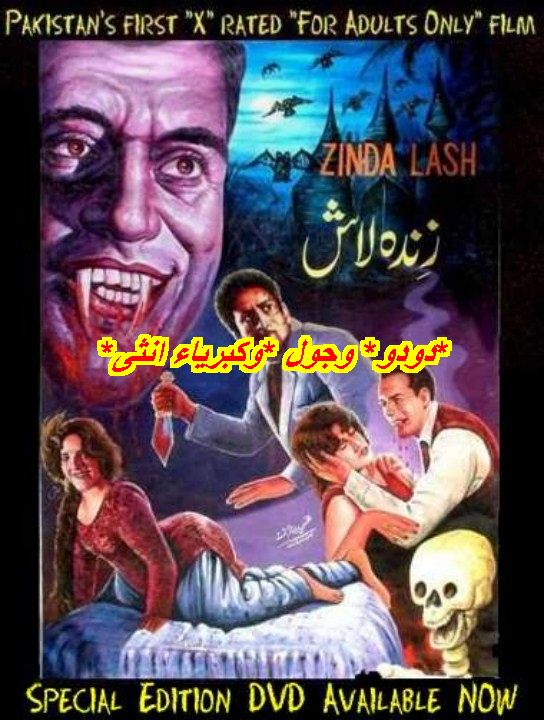 (VHS cover of Pakistan’s first horror and ‘X-rated’ film, Zinda Laash (The Living Dead). Released in 1967, the film was a huge hit in an era when the Pakistan’s film industry was dishing out an average of 50 films a year, most of them romantic fantasies). 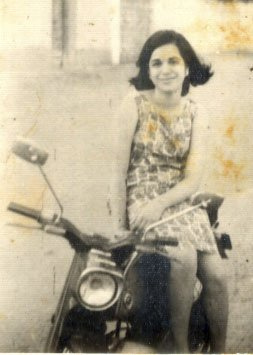 (A young Pakistani woman sitting on her motorbike in the Soldier Bazzar area of Karachi (1969). –Picture courtesy Zarmeena P). 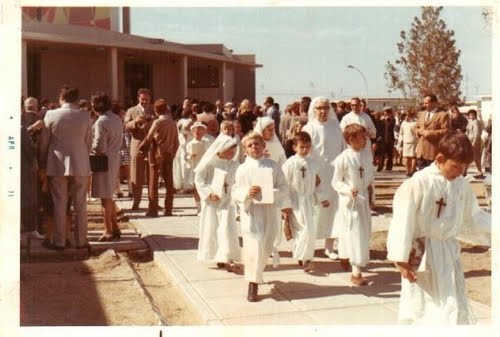 (A 1972 picture showing European visitors and local Christians seen during a passing out ceremony at a Catholic school in Rawalpindi).

(An early 1970s press ad of Pakistan International Airlines (PIA). PIA was considered to be one of the ten best airlines in the world between 1962 and 1980). 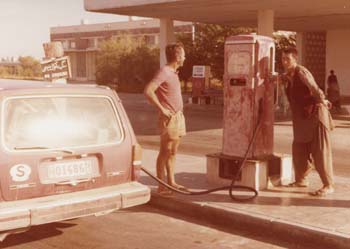 (A Swiss tourist gets his car’s tank filled at a gas station on the Pakistan-Afghanistan border (1974)). 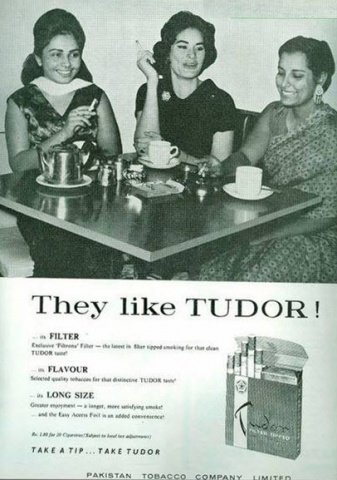 (A 1963 ad for the Tudor cigarette brand. Tudor was launched by the Pakistan Tobacco Company specifically to target the market of women smokers in Pakistan). 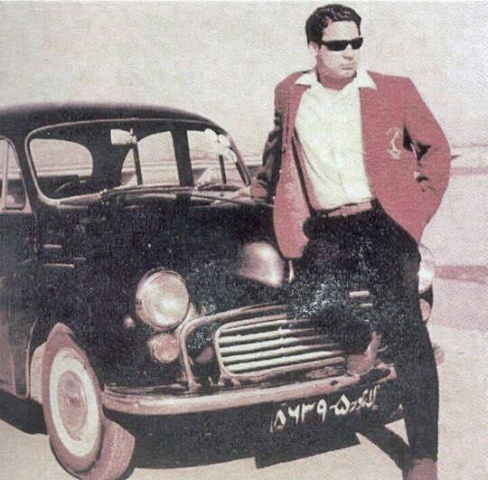 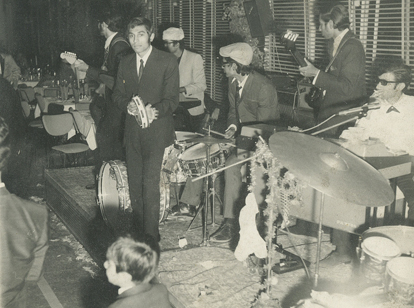 (One of the rare photographs available of Karachi’s famous nightclub scene of the late 1960s and 1970s). 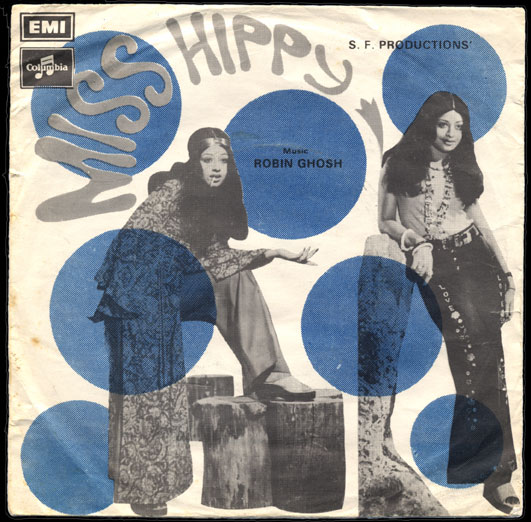 (Cover of the soundtrack album (LP) of 1974 box-office hit, Miss Hippie. The film depicted the ‘effect hippie lifestyle and fashion were having on Pakistani youth.’)

Violence, Militancy and Terrorism: A Way Forward 23 hours ago

Mongoose Turned to Paintbrush Bristles in Howrah Villages 1 day ago