SRINAGAR: Nearly two dozen civilians were wounded when forces resorted to violent means to control protests in parts of the poll-bound south Kashmir, a day after the killing of two local militants in Padgampora village of Pulwama district.

Reports said a complete shutdown was observed in parts of Pulwama, Shopian and Anantnag districts of south Kashmir against the killing of two local militants, Shahbaz Shafi Wani alias Rayees Kachroo and Farooq Ahmad Hurrah, of Hizbul Mujahideen, in a 'chance encounter' on Sunday. 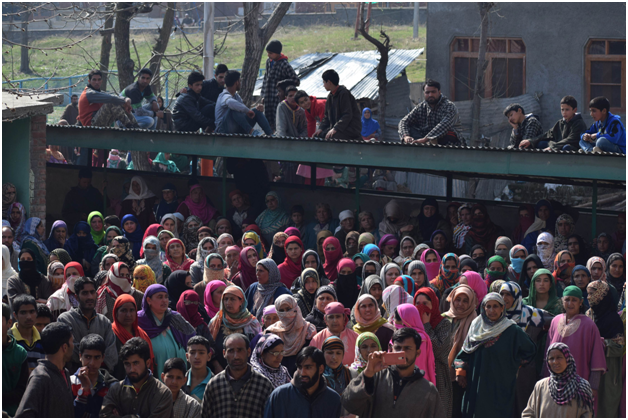 The bodies of the two militants were kept overnight at their residences in south Kashmir's Bellow and Nazneenpora villages with hundreds of people thronging to get a glimpse of the fallen rebels. Anti-India and pro-freedom sloganeering continued at these places throughout the night.

Sources said Hizb's divisional commander, Zakir Ahmad, who took over the reins of the outfit after the killing of Burhan Wani, and the district commander Sabzar Ahmad also visited the residences of the militants on Sunday night and gave 'gun-salutes' to their fallen comrades, a throwback to early nineties when such events were a common occurrence at the funeral of militants.

Ahead of the funeral prayers, anti-India and pro-freedom protests broke out in the native villages of the two militants on Monday morning amid a complete shutdown following which additional reinforcements were sent to prevent the situation from going out of control. 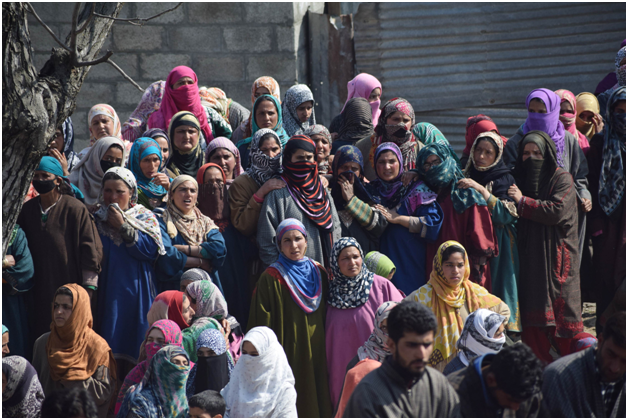 A senior police officer said the protesters clashed with government forces in Bellow village of Pulwama, native village of one of the slain militant, after which the forces used teargas, batons and pellets to disperse the agitators. Sources said at least 15 protesters were wounded here.

"Of the 15 wounded, eight persons were treated for injuries at the District Hospital Pulwama while two others were shifted to Srinagar for specialized treatment," sources in the state's health department said. Clashes also broke out in Tral, Shopian and Awantipora towns of south Kashmir where nine protesters suffered minor injuries.

The Lok Sabha by-poll for South Kashmir's Anantnag seat is scheduled to be held on April 12 amid simmering tensions in the constituency, the epicentre of last year's civilian uprising, where J&K Chief Minister Mehbooba Mufti's brother, Tassaduq Mufti, is pitted against J&K Congress chief GA Mir.

Police Monday claimed to have arrested seven alleged Hizbul Mujahideen militants from south Kashmir's Kulgam district who were allegedly tasked to disrupt the upcoming bypolls. "We have busted a module of Hizbul Mujahideen who were tasked to disrupt the upcoming polls," Senior Superintendent of Police (SSP), Kulgam, Shridhar Patil said in a press conference.