The Indian-owned NRT outfit which will take part in the 2018 Supersport World Championship was officially presented to the country’s media in an event in Mumbai in the presence of its owners and riders. Also in attendance was Bollywood actress Vaani Kapoor.

The team will use the Yamaha YZF-R6 bike which will be ridden by Jules Cluzel and Thomas Gradinger – the former is an experienced campaigner having finished in the Top 3 in four of the five seasons he raced in the category, while the latter is in his first full year after making his debut in Lausitz last year.

The team thus goes into its first season with a usual combination of experience and youth in a competitive category. “Both the riders are important and talented in their own sense,” said owner Vafi Khan exclusively. “Jules expects a championship win after many World Supersport race wins. 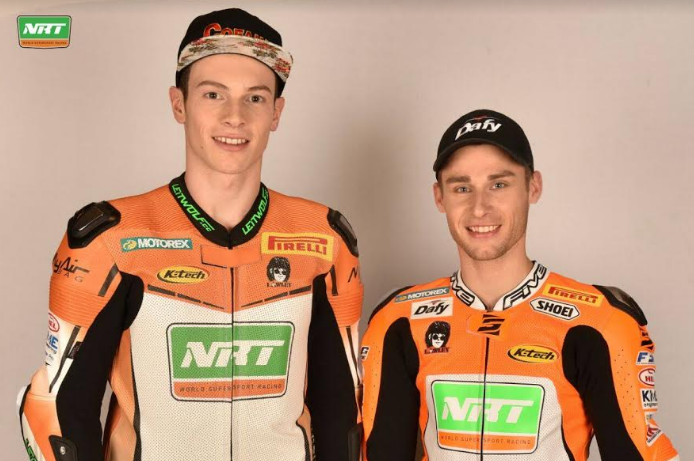 “While Thomas has already caught everyone's attention after a strong appearance at Lausitz back in August. Thomas will surely learn a thing or two from the experienced Frenchman. With what we have seen till now, we are impressed with their skill sets.”

The owners Vafi Khan and wife Yasmeen Vafi Khan are no stranger to running a team as they compete under Nerds Racing Team banner in various championships in Middle East. While NRT is derived from the above name, the entity however is separate as they run at a whole different level.

Even though it is a new team at SSP level, but it will have the experience of Garry Reynders as its manager and so they are aiming to achieve podiums straightaway. “Our competition is always the championship leader, whoever that may be.

“Since it's our first year, we aim to be in the Top 5. For Thomas, we expect him to be in Top 10 and start scoring points before mid-season, but for Jules, we strongly believe that we are able to achieve podiums,” the Mumbai-born owner added.

The team has had minimal testing programme so far as they don’t want to take ‘unnecessary risks’ and have the trust on the riders that they will learn more during the official pre-season test in Phillip Island during February 19-20.

“The focus along with winning races during the season is also to create a brand value for NRT ‘Nerds Racing Team’,” said Khan. It is a long term proposition and not one-off. We want to create awareness and let the people know about NRT much more than usual.”

NRT is the second Indian team to compete in the SSP category after Mahi Racing Team India, which made its debut in the last two rounds of the 2012 season, before doing a full year in 2013. With limited budget at hand, the team folded up after just the one season.

The 2018 season kicks-off in Australia (Phillip Island) in February followed by further 11 rounds culminating in Qatar (Losail) in October involving 13 other teams who will be eligible to score points in the SSP category.