The star of the match

Argentina is done with the 21st FIFA World Cup as France beat them with a score of 4-3 to reach the Quarter finals. The Europeans earned their first victory over the South Americans at the World Cup by beating favourite Lionel Messi and his team. Against a weak Argentina defense, France used its speed and fine finishing for their best attacking display at the Cup, knocking out the two-time champs with seeming ease. The two teams faced each other in the World Cup for the first time since 1978.

Though Argentina took a 2-1 lead in the second half, it wasn't going to be enough with an error-prone defense, and Didier Deschamps' team scored three quick goals to put it away. Kylian Mbappe stole the show with two goals while also winning a penalty kick.

19 year Old Kylian Mbappe, the second youngest player at the game was highly appreciated for his performance. He stole the limelight by scoring two goals in the duration of four minutes. He is the youngest player since Pele to score two goals in a World Cup match since 1958.After the match ended Mbappe said “I’m very happy, and it’s flattering to be compared to a great player like Pele But he’s in another category. Still, it’s great to join the list of players that have achieved such feats” .

According to reports, Mbappe the most expensive teenager in football has promised to give away all his income from world cup to charity to help unfortunate children as he feels he should not be paid to represent his country. Mbappe is associated with Preiers de Cordees association, a charity which helps organise sports activities for children with disabilities .

The young star who was named as “Player of the match” gained a lot of popularity for his speed and talent among people on Twitter. 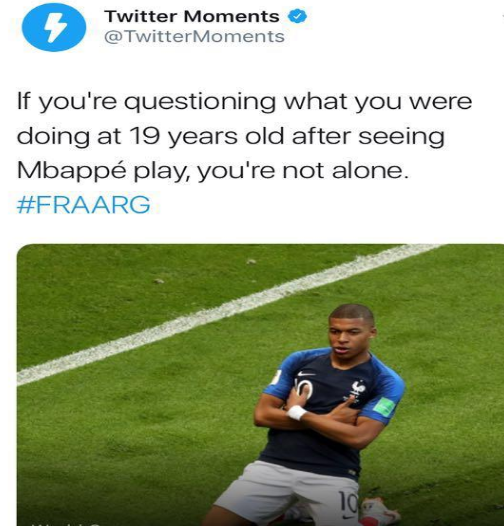 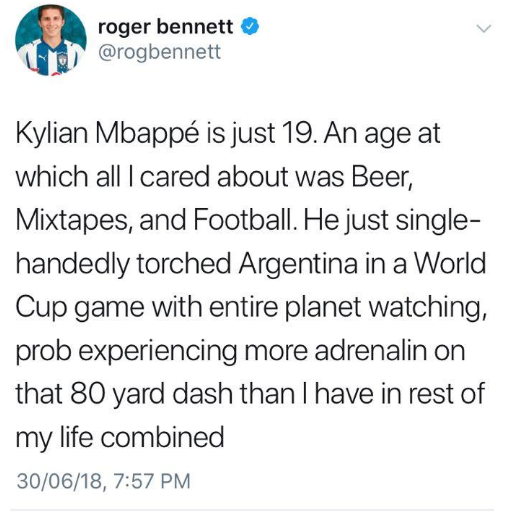 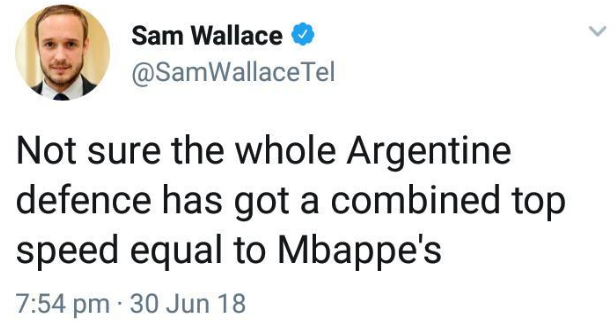 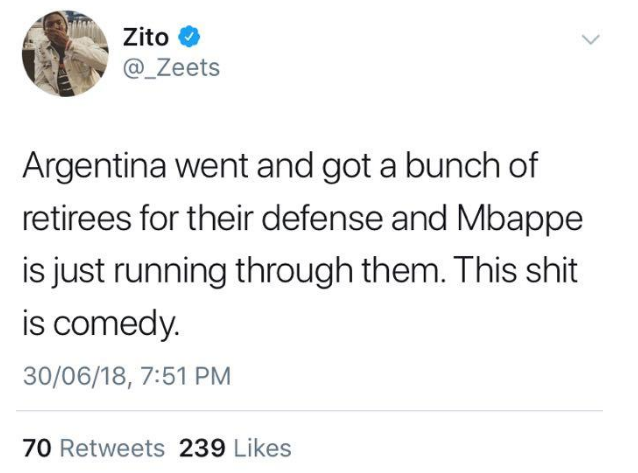 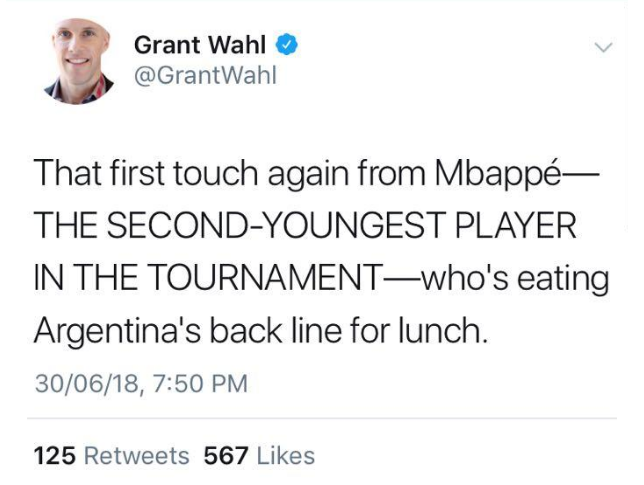 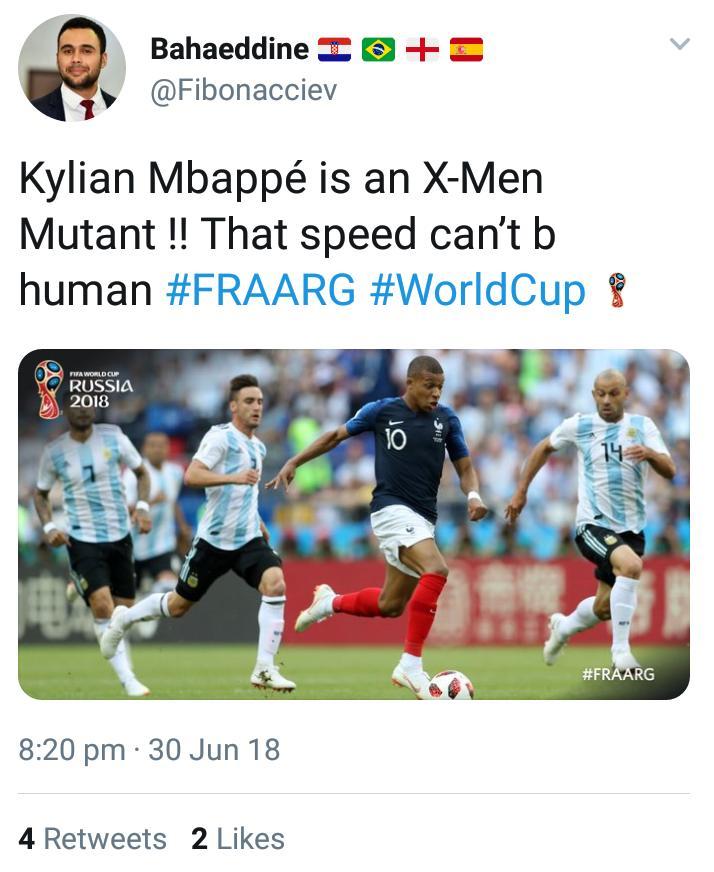 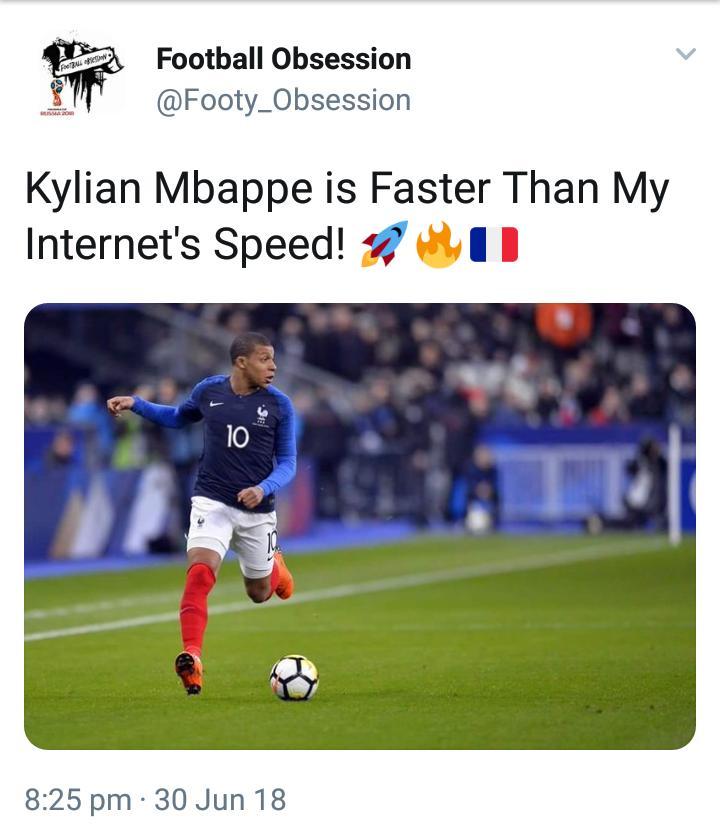 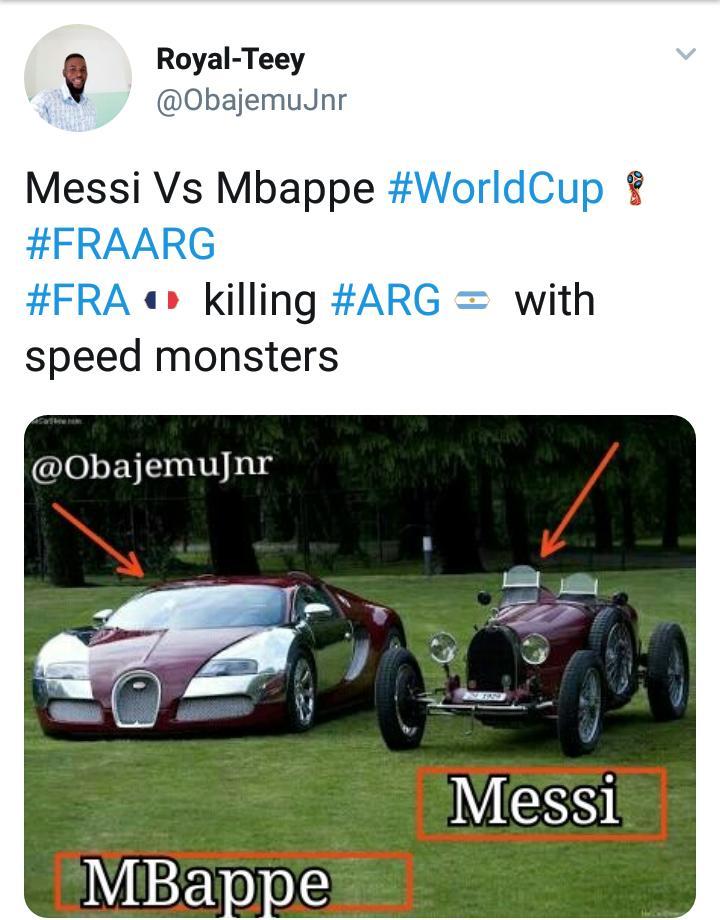 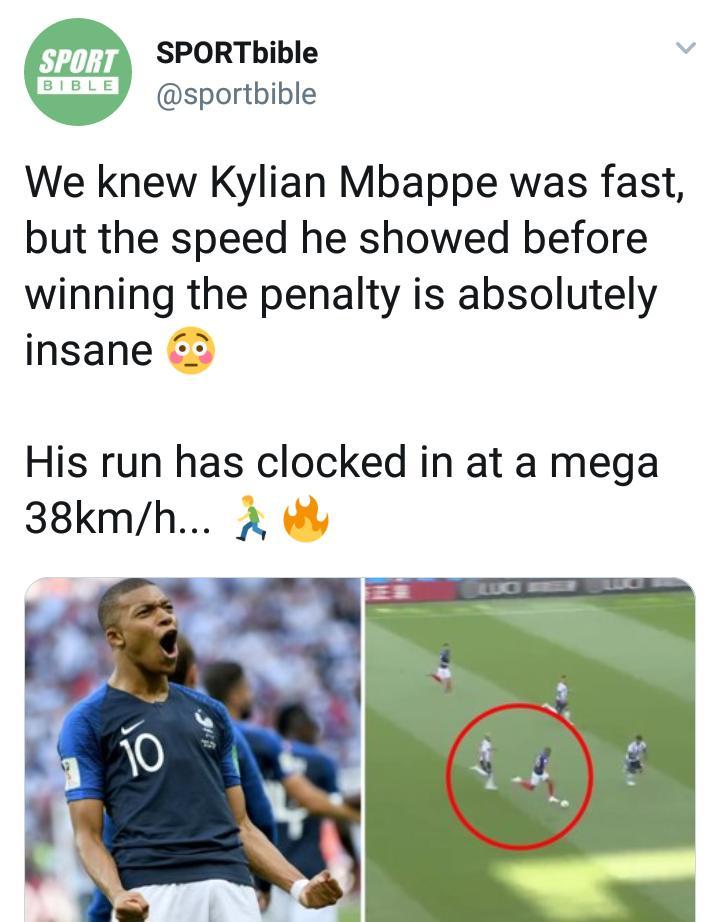 And that ended Messi and Argentina's World Cup dreams in a painful way .Argentina has been criticised by fans for getting destroyed in defense and playing poorly during the world cup . The win moves France into the quarterfinals, where they'll face Uruguay on July 6. 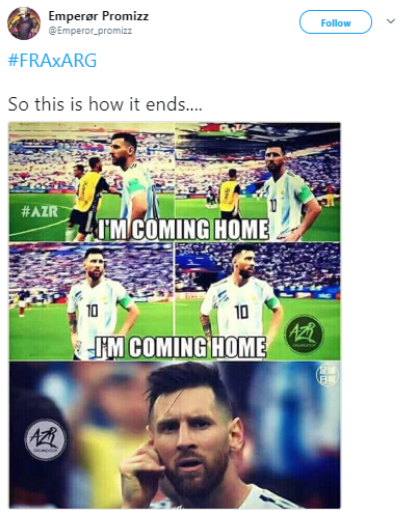 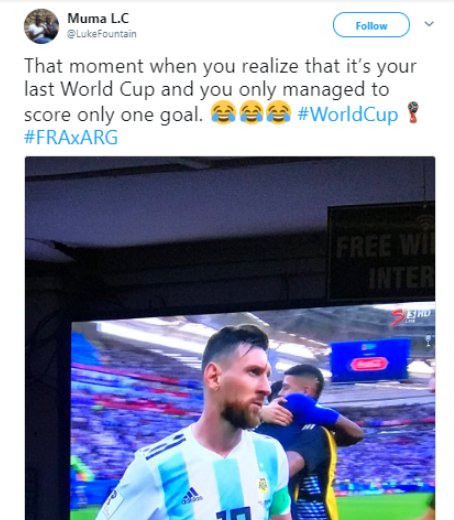