Cruisin' in a Gayle: The Unstoppable Caribbean Run Machine

Every day's a new dawn

Chris Gayle doesn’t call himself The Universe Boss for nothing. He is 39 years old, and still in his prime. With over 10,000 ODI runs, 7000 test runs and most important, more than 12,000 T20 runs under his belt, a feat no other cricketer’s even close to achieving. And he is not done yet.

In fact, looking back on his career, you can hardly identify any period that couldn’t be called his peak or prime.

Gayle started out on a rampage, smashing up bowling attacks the same way year after year, and he continues to do so even today, though he must be inching closer to the twilight of his career.

Yet every day seems to be a new dawn for him as he showed once again in rattling up 79 runs off just 47 deliveries in the Kings XI Punjab’s tournament opener in IPL 2019, played against the Rajasthan Royals in Jaipur on Monday.

Gayle was walking out to open once again with K.L.Rahul, the same man with whom he stitched a number of breathtaking partnerships last year. When Rahul opened his team’s account with a boundary in the very first over it looked like another such partnership was in the making. However, the excitement was short-lived as Rahul perished caught behind, to Dhawal Kulkarni’s fourth delivery.

The tall Jamaican was still there, but the trusty partner who’d buy him time to settle at the crease was headed back to the pavilion.

The mantle was on Gayle to take on the bowlers immediately, something we haven’t seen him do in recent times, not since his initial years. But the ‘slow start, blitzkrieg afterward’ formula works well for him, it’s something he has perfected over the years - so when Rahul departed he continued to play in his own way, not changing gear.

A few slow overs followed, to find Gayle on 14 off 18 deliveries. It was time for the ‘Gayle Storm’ to finally let loose. He had marked Jaydev Unadkat as his target, and a flurry of boundaries followed off Unadkat’s left-arm medium efforts.

Suddenly Gayle was on 34 off 29. Then he scored 45 off his next 18. The acceleration on display was sheer, insane.

Gayle knocked the bowlers left, right and centre, to every crook of the ground. He seemed unstoppable - but then came the stupendous moment that finally put an end to Rajasthan’s royal plight. Ben Stokes’ length delivery was pulled hard by Gayle - but a determined Rahul Tripathi pulled off a sensational catch at deep midwicket.

But Gayle had already done what he does so well. He had entertained the crowd and at the same time set up a good platform for his team, that would eventually help them post a total of 181 on the board.

In fact, Gayle has a history of putting on a show in tournament openers for his IPL teams. In 11 such innings, he has scored five 50s and a century, and averages a scintillating 54.78.

The end result was a win for the Punjab Kings. Although Ravichandran Ashwin’s Mankading of Jos Buttler stole the limelight from Gayle, nobody can deny the role he played in powering them to this victory. His sublime form will surely prove a shot in the arm for the Kings this season, who will be eager to qualify for the play-offs this time round.

Gayle’s form also bodes well for the Windies, who’ll be playing the World Cup this year with an otherwise inexperienced team. He has scored 424 runs in the five ODIs he has played this year at an astonishing average of 106. Having an experienced player in form is always a big boost for a young side in a major tournament, and the Windies will be banking on him to come good.

The World Cup in June will also be Gayle’s last. Here’s to his spirit and passion grace, and hoping for more. 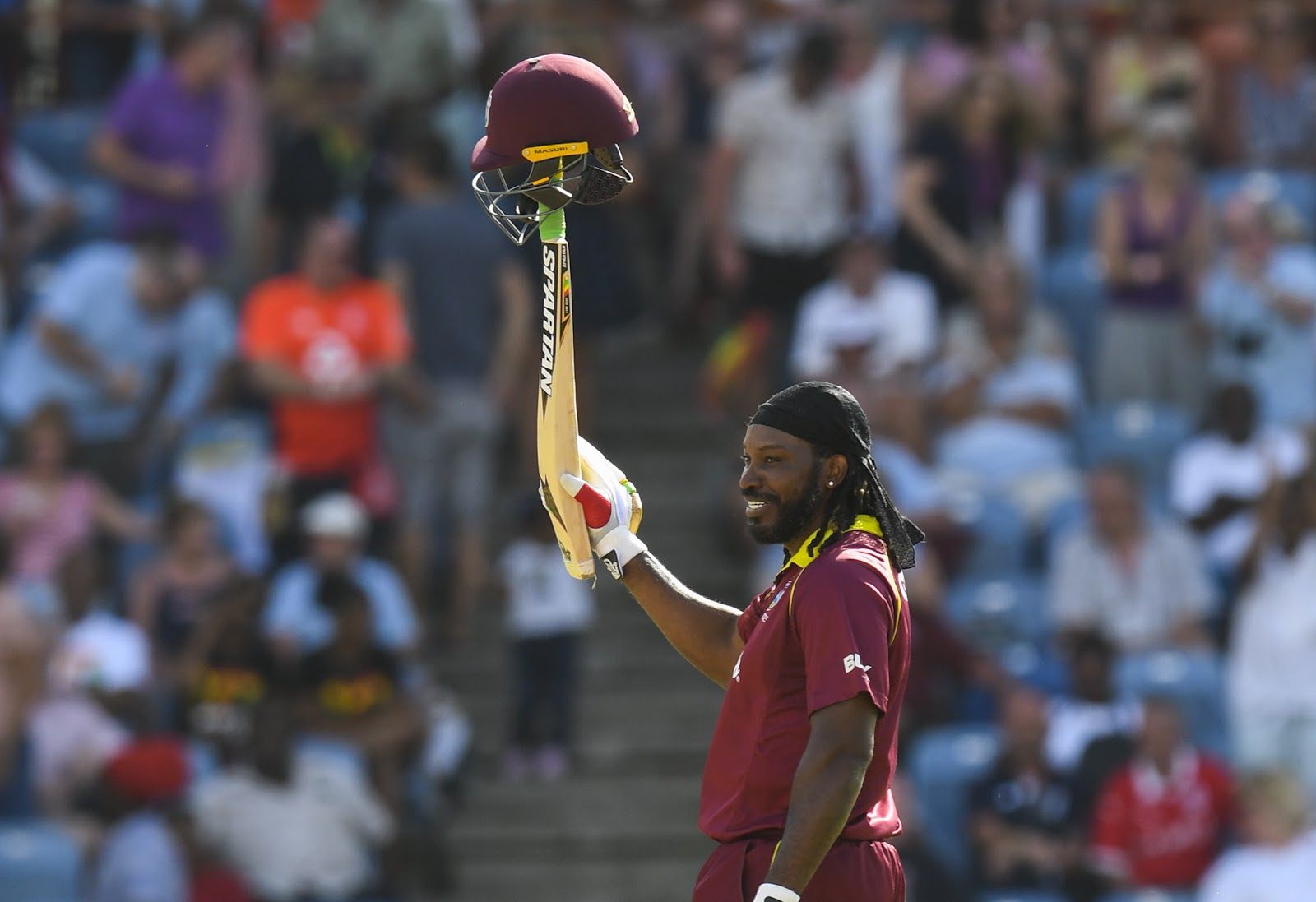