The shop door shadow started stretching. He raised his head to halflook at the clock on the wall. He bent lower, spinning the handle of his sewing machine a bit faster. Five minutes later he stopped, loosened the tailor’s tape hung around his neck, dusted off the coloured threads amassed on his black parachute jacket, and locked up his shop on the first floor near the four-way road in Shopian, south Kashmir.

He walked hurriedly some 50 metres to the Government Boys Higher Secondary School in Shopian. Hands in his pockets he entered the school, and ignoring the boys playing cricket in the ground on his right he walked straight towards a one-storey building.

The yells and shouts of children playing reached him from one of its rooms. Outside were some fifty pairs of shoes of different sizes; his joined them. So loud was his silence that the moment he entered the room filled with young boys and girls, all the clamouring fell silent. Their voices shimmered in greeting, he greeted them back and began again what he has been doing since 2008.

Now in his early forties and a tailor by profession, Tahir Ahmad Wani is also a teacher who trains boys and girls in the martial art of sqay, believed to be a martial art indigenous to Kashmir.

Overall, Wani’s students have won 190 national and 40 international medals. Almost every student in his academy has won a medal, their achievements giving the teacher and his students the recognition they craved for years.

But the road to success has not been straightforward. These students’ glamorous achievements have a hard story behind them, which started 22 years ago. 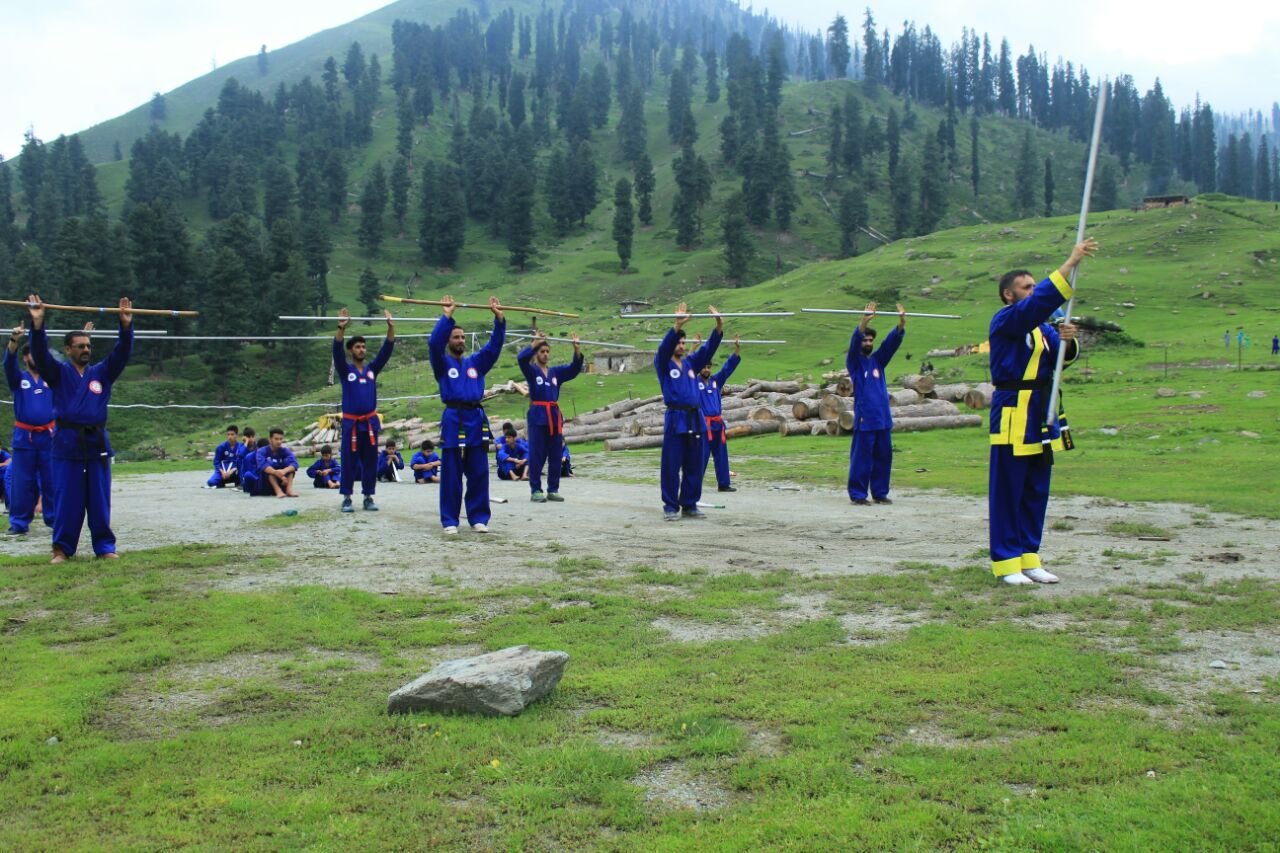 In 1998, an 18 year old Tahir started learning karate in the playground of the same Government Boys Higher Secondary School, where he was enrolled in Class 11. “I was fascinated by the physical fitness of my teacher Gulam Nabi Dar, who was 75 years old back then but could pass as a 50 year old man!” he recalls.

In a couple of years Wani had qualified for a black belt in karate. But he didn’t get a chance to try his luck in national or international competitions owing to a lack of infrastructure and awareness.

So he decided to train students and help them fulfil their dreams.

“In 2008 I decided to train young boys in sqay for two reasons. First, sqay is a Kashmiri martial art so we should know how to play it. And second, only sports can repel youngsters from drugs,” he told The Citizen.

Wani had only a couple of students at first, because nobody knew about the game. They would practise in the school grounds where the cricketers made fun of them. “People would taunt me for playing with boys half my age. They would say I was destroying these boys’ careers.”

Wani could not afford to hire or build a room for training, which continued to be held in the grounds.

“Our uniforms would get dirty in the mud. I caught cold many times while practising on snow in the winter. The boys playing cricket or football would mimic us and make fun of us,” says Mohsin, one of the senior students.

But none of this deterred them from their commitment. In a couple of years their hard work paid off: Ahsan Boda was selected for the nationals and that changed everything.

“Life is very unpredictable and full of surprises. Those who blamed me for ruining the careers of these students were now asking me to train their kids. And that is my medal,” says Wani with pride. 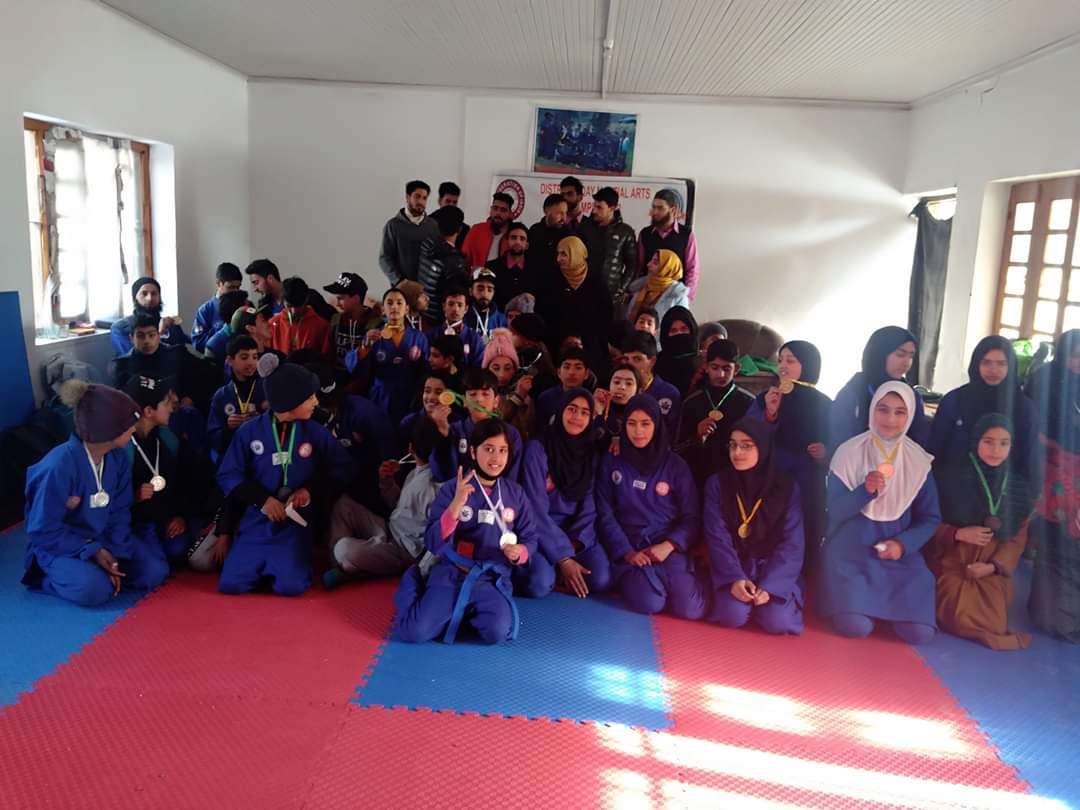 Ahsan was rusticated by his school for spending too much time practising sqay, but when he was selected for the nationals, the same school asked him to be its coach.

These achievements spurred them to work harder, and more and more students began to join, and started winning medals. Even girls started attending the classes.

By then Tahir had realised they could no longer practise in the open, so he requested the district collector to provide him with a room to train his students. He was given a room in the school for an hour every evening, in return for training students of the school, which he happily accepted.

But a bigger problem loomed like a black cloud. Since 2016 the school is usually occupied by additional security personnel deployed by the central or erstwhile state government to maintain law and order, as Shopian remains a hotspot of militant activities.

Practice is thwarted every now and then by the strikes, stone pelting, encounters and curfews which are inevitable in the district.

In 2016, when the popular militant commander Burhan Wani was killed in an encounter with Indian security forces on July 8, protests erupted across the entire Kashmir valley and raged for more than three months. The team could not practise at all during those three months.

Similarly, due to situations arising after Article 370 was crossed out on August 5 last year, the team didn’t practise for more than five months, and it was only in February this year that their training resumed.

“Say we are practising and stonepelting starts or an encounter breaks out, where would we go then? It is extremely difficult to come from different villages during such situations,” says Suzain, one of the students here.

They had hardly practised for a month when a lockdown was imposed in India to contain the spread of Covid-19. The pandemic halted sports activities throughout the world, but unlike the rest of the world, Tahir Wani couldn’t train his students online due to the low internet speeds. 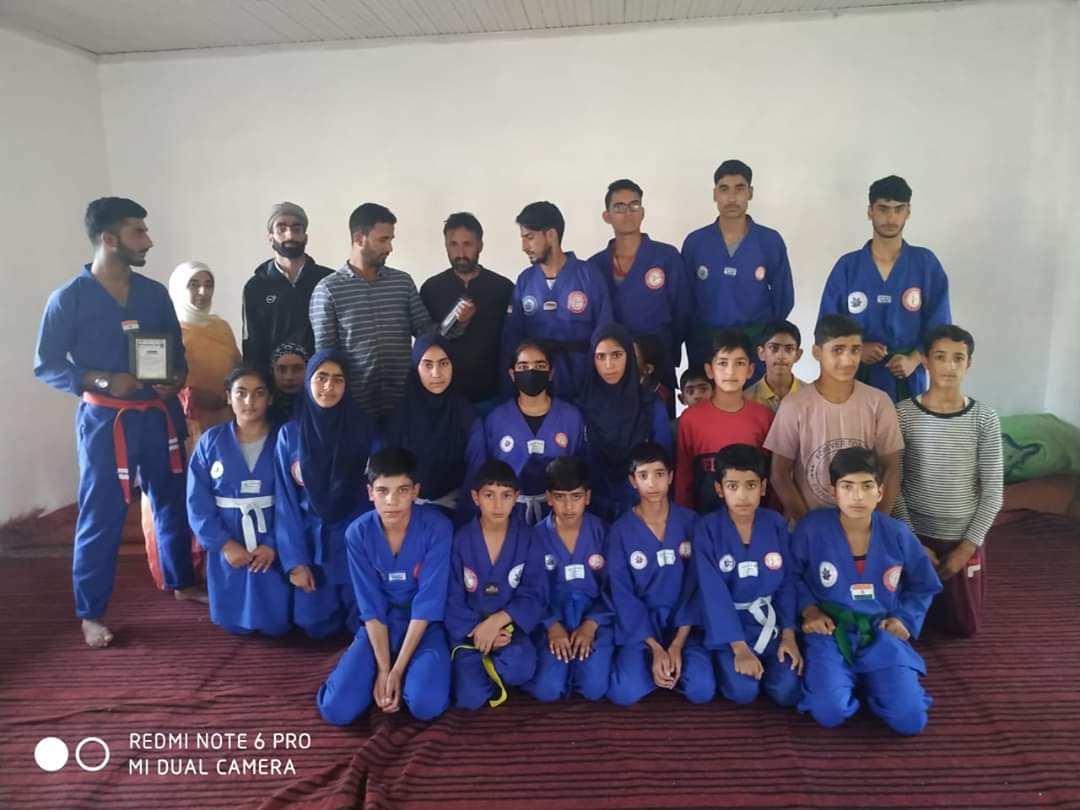 Kashmir has witnessed complete communication blockades many times since 2008. After August 5 last year, the longest ever internet shutdown in a democracy was imposed in Jammu and Kashmir which lasted for almost six months. After many were petitions filed in the Supreme Court of India, low-speed internet was restored.

“Because of no or low speed internet, I can’t reach out to my students in lockdowns or can’t see them practising online. I can’t recommend them videos for their training. It is very important that I constantly supervise their training because wrong training can destroy a player’s career,” says Wani.

What aggravates their predicament is the lack of interest shown by sponsors. They hardly have any sponsors, only at times the district collector sponsors a few students. The rest must bear all the expenses themselves.

For this reason, many able sqay players don’t even get to play at bigger events, because they simply can’t afford to.

“If you are good at cricket or any other game, you will get sponsors easily. But sqay despite being our own game is not treated with the same love,” he says.

Wani is confident that if people sponsor his students, they will bring laurels for the entire nation at every level.

One such student is Suhail, who couldn’t participate anywhere despite being one of the best students. Suhail is a black belt but his parents are not well off, so they can’t afford to send their son outside the state to play. But Suhail has never stopped attending classes.

Tahir’s workload with the increasing number of students is now shared by Ahsan, Suhail and Mohsin, all his students.

The lack of infrastructure is not something new to the people of this conflict torn Valley and sqay is no exception. Any martial art carries the risk of injuries even with proper infrastructure and safety kits. But till recently the team didn’t even have a mat to practise on, and were training on the concrete floor of the classroom instead.

“I had to make sure no one gets injured while training. So I was training a few techniques half-heartedly and only to senior students,” Tahir explains.

The students, who come from different villages and schools, become the best of friends in the training room.

Every day at the end of class, the number of shoes outside the training room starts decreasing. Mohsin is the last to leave. He must wait till the end because he takes all the equipment home with him, as he lives close to the school. Every day he converts the training room back into a classroom.

Every day at the end, the training room is filled with the smell of sweat, silence and dust. Tahir Wani says he loves this room more than his own home.

Why? “Because the other 23 hours, I work for my family and loved ones. But the one hour that I spend here, I spend it on myself. I truly live and enjoy this one hour. I wish this hour never ends.” 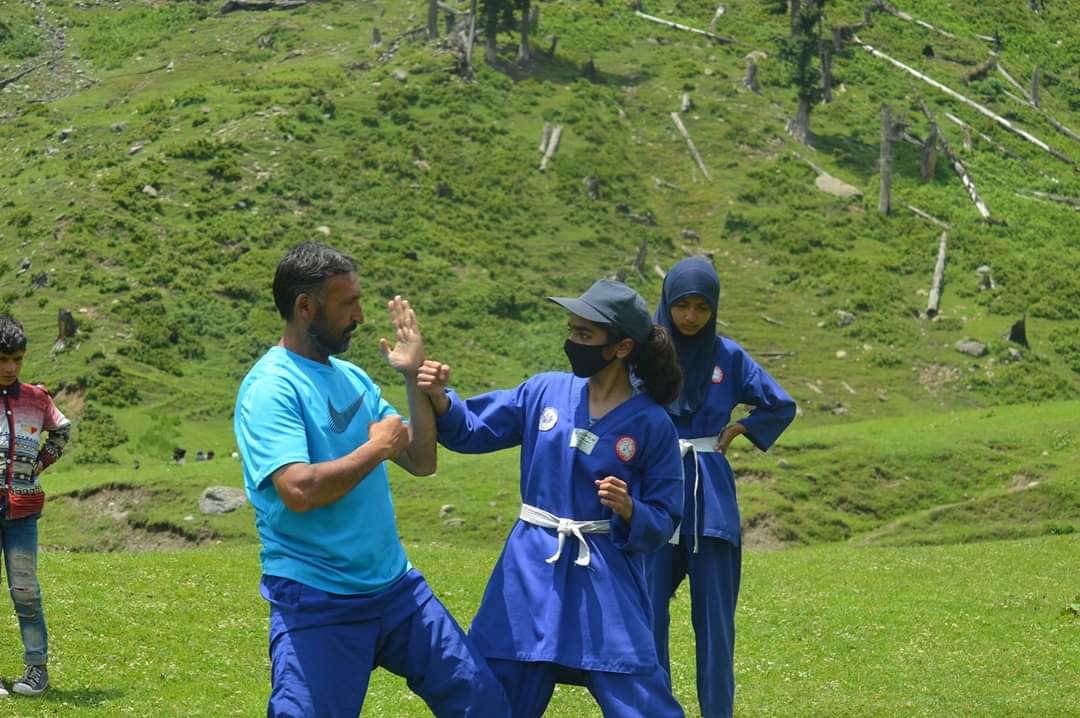