When Subhash Gupte Held the Three W’s in Check

When India embarked for the West Indies for their maiden tour in 1953 they clearly faced an uphill task. For one thing the Indian away record during their fledgling international career had been anything but encouraging. In 16 Tests in England and Australia they had lost eleven and drawn five.

Secondly the West Indies presented formidable opposition. While paceman Frank King, all rounders Gerry Gomes and Frank Worrell and the spin twins Sonny Ramadhin and Alf Valentine were a fairly potent attack much more awesome was their batting strength.

A line-up that started with the fearsome three W’s – Worrell, Clyde Walcott and Everton Weekes – and continued with Allan Rae, Jeff Stollmeyer, Robert Christiani and Gomes threatened to make a mountain of runs against an Indian attack which was without leading off spinner Ghulam Ahmed who had dropped out of the tour because of injury.

The established bowlers were all rounders Dattu Phadkar and Vinoo Mankad and they could hardly be expected to halt the run machines that the three W’s were. Ever since they made their Test debuts five years before the trio had emerged as the most feared batting combo in the game.

During the previous series in India in 1948-49 Weekes had amassed 779 runs with four hundreds while Walcott had got two centuries. Worrell had not come on that tour but had proved to be a heavy scorer in England and Australia besides of course at home. .

And yet even as the West Indies batting lived up to its reputation they were held in check and did not have things their own way. There was one total of over 500 and one over 400, Weekes continued his golden run getting three hundreds, Walcott scored two and Worrell one. But these were generally studious innings involving a lot of care, thought and patience. And it was the great work done by one bowler Subhash Gupte which was responsible for not letting the batsmen run amok.

Gupte had played just three Tests at home against England and Pakistan taking five wickets. He was thus a bit of an unknown quantity. Today the cricketing world acknowledges his mastery with no less a personality than Gary Sobers saying that Gupte was the best spinner he faced ranking him above Shane Warne. Gupte was indeed a superb bowler with absolute control over flight and spin.

Batsmen were unable to distinguish his leg break from his googly and it was on this tour that he first gave indications of his greatness. Thanks chiefly to his herculean deeds West Indies could just win the five-match series 1-0 when a rout had been predicted when the Indians landed in the Caribbean.

Gupte did not take long to display his subtle skills. In the West Indies first innings of the first Test at Port of Spain he finished with seven for 162. This included a spell of five for 12 as the West India slid sharply from 409 for four to 438 all out. A match haul of five wickets in the second Test at Bridgetown took his tally up to 12 even as West Indies scored their only victory of the series. In the third Test at Port of Spain Gupte returned figures of five for 107 and one for 19 as India gallantly held on for a draw.

In the only West Indian innings in the fourth Test at Georgetown he bowled with great heart to take four for 122. And in the final Test at Kingston he did not falter on a batting paradise. Even as the West Indians amassed 576 Gupte took five for 180 which gave him 27 wickets for the series – an away record for an Indian bowler that stood for 25 years till Bishen Bedi and BS Chandasekhar took 31 and 28 wickets respectively against a much weaker Australian side in 1977-78.

What made Gupte’s achievements even more praiseworthy was that even by the end of the series the batsmen did not play him with confidence. The tracks were generally loaded in favour of the batsmen and Gupte did a lot of bowling sending down 329.3 overs. But till the end his bag of tricks remained unfathomable even for the three W’s – the biggest tribute for any bowler. The inability of Mankad to be among the wickets and the injury to Phadkar midway through the series added to his responsibility and how manfully he rose to it!

Gupte continued to be India’s main wicket taker and when he played his last Test in 1961 he had taken 149 wickets from 36 Tests. He performed many more heroic deeds for a side that was generally at the receiving end and with very little support from the field. But he never topped his achievements in the Caribbean in 1953. 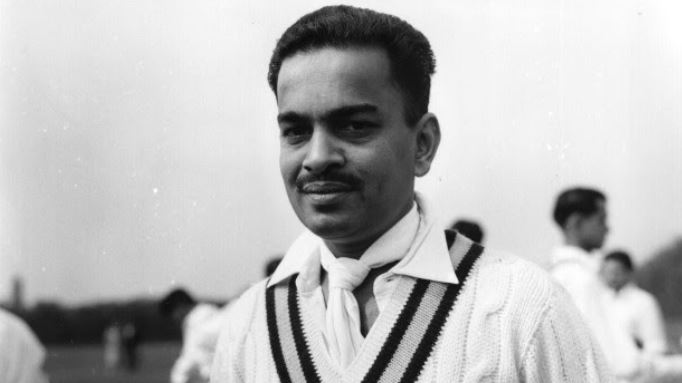