Rahul Deserves a Recall to the Test Side

In this country there are no half measures when it comes to praise or criticism. When the cricketers are triumphant they are taken in a grand procession and feted with cash awards and handsome gifts. When the team loses the effigies of players are burnt and stones are thrown at their houses.

But there is one set of people associated with the game who never get any praise and are only criticized. Oh yes, selectors have a thankless task. They obviously cannot please everyone and are sitting ducks for potshots. It is always easier to criticize than to praise and these days it appears more fashionable too. After all every cricket fan is an expert when it comes to picking a squad so selector bashing is pretty common.

The selectors are aware that they are in a no-win situation. A few years ago former Indian pace bowler TA Sekhar then on the selection committee told me that he was well aware of what awaited him when he was nominated for the post. ``I knew there would be only criticism. So I just developed a thick hide and now the adverse comments don’t really bother me,’’ he said. Selectors and thick hides have necessarily to go together.

Let us spare a thought for the ``five wise men’’ as the selectors are so often tauntingly called. After all they can only select only a few players out of a long list of suitable candidates especially now when there is a problem of plenty and there are three formats. They have to examine their records from various angles. They have to juggle the form shown in three different formats of the game. They have to judge a player’s class, technique and international record.

The MSK Prasad led selection committee which has just been replaced by the Sunil Joshi led panel did a commendable job but that didn’t stop the chairman in particular being the subject of much unjust criticism.

Much was made of his limited international experience – Prasad played six Tests and 17 ODIs - and his modest record. But he countered the criticism by pointing out to the big breaks he had given to a number of talented players who had come good and also to India’s pretty impressive international showing which culminated in the team rising to the No 1 spot in the ICC Test rankings.

Viewed dispassionately the present selection committee has made a pretty admirable start while picking the various squads for the tour of Australia. For a start at least Joshi has a better international record than Prasad having figured in 15 Tests and 69 ODIs – not that it should matter much. And when there is a problem of plenty like it is these days the selectors have an unenviable job and this task is not made any easier by picking teams for three formats.

The selectors have rewarded both reputation and talent and have tried to maintain the right balance between youth and experience.

The one choice that has been the subject of much discussion has been the recall of KL Rahul in the Test squad and his elevation as vice captain of both the T-20 and ODI sides. Ostensibly he has been picked for the traditional format on his current rip-roaring form which has seen him as the leading run getter in the ongoing IPL.

Former Indian cricketer Sanjay Manjrekar is of the view that a bad precedent has been set with the recall of a player for Test matches on the basis of his his performance in the IPL, adding that Rahul should consider himself ``very lucky’’. He has harped on his failures in his last few Tests even as he has cemented his place in the shorter formats.

The point to note is that Rahul has the technique and temperament for the traditional format and in 36 Tests has scored 2006 runs at an average of 34.58 with five hundreds – four of them overseas. However on closer scrutiny it will be observed that in his last 12 innings he has got only 195 runs with a highest score of 44 following which he was dropped. His recall has probably come about with Rohit Sharma being excluded on injury grounds though this has not been fully explained. Rohit’s non-inclusion in any of the squads also opened the way for Rahul’s elevation as vice captain.

While Manjrekar may have a point in saying that form in the shortest format should not be taken as criteria for selection to the Test squad the other school of thought is that when a player is in the kind of form that Rahul is he should be selected whatever the format as his confidence will be sky high.

And there is no mistaking Rahul’s class, skill and experience. In this regard it is interesting to note that Cameron Green the prodigiously talented 21-year-old has been picked in the Australian limited overs squad for the series against India based on his remarkable run scoring in first class cricket while playing for Western Australia in the Sheffield Shield. 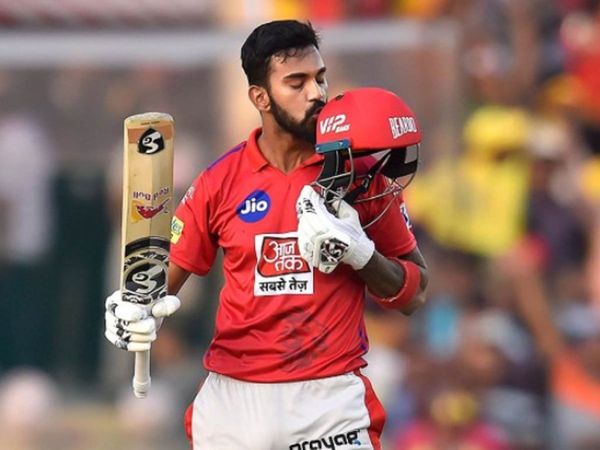 Olympic Games - Mood in India is one of Cautious Optimism

The World Cup Triumph Was the Crowning Glory of his Career

“I Believe I Am the Best” - Djokovic On Top