Fifty years ago on January 5 1971 a cricket match was played at Melbourne. It was staged quite by accident but unexpectedly created the finances, shape and tone of the modern game. It will not be an exaggeration to say that the limited overs game has altered the face of an art form known as cricket.

One must not forget that one-day cricket made its appearance when the game was sorely in need of something faster and more entertaining. Since then it has stayed the course, spread its wings much wider, made changes to its basic structure whenever required and has retained its popularity despite the advent of T-20 cricket.

Actually limited overs cricket had made its bow at the first class level in England with the introduction of the Gillette Cup in 1963. The authorities worried by the lack of attendances at three-day county matches came up with this shortened version in a bid to attract crowds.

The tournament was an instant success and led to other similar competitions like the John Player League in 1969 and the Benson & Hedges Cup three years later.

However no thought was given to bringing one day cricket to the international level. Test cricket continued to be popular attracting crowds the world over and it was by sheer accident that the first one-day international as it is now called was played at Melbourne on January 5 1971. England were touring Australia and after the first two Tests at Brisbane and Perth had been

drawn the teams moved to Melbourne for the third of what was scheduled as a six-Test series. Over the New Year however it rained continuously and with the authorities facing heavy financial losses both the English and Australian Boards agreed to arrange an extra Test at the end of the series.

However to give the public something to watch it was also agreed to play a match ``on Gillette Cup lines’’ on the scheduled last day of the Melbourne Test. There was reluctance from the establishment to endorse the game and the sides were named as an England XI and Australian XI. Tobacco giant Rothmans was a last minutesponsor to the tune of 5000 pounds and the man of the match stood to earn 90 pounds.

The build-up was low key and the game was advertised as an ``international knock-out match’’. The media was generally skeptical and most predicted that it would not be popular especially as it was played on a Tuesday. The MCG authorities had instructed caterers to prepare for a crowd of around 20,000; as it was 46,000 turned up.

For the record the match ended in a five-wicket win for Australia. England made 190 in 39.4 of their allotted 40 eight-ball overs with John Edrich anchoring the innings with 82. Australia with Ian Chappell top scoring with 60 strolled home with 42 balls to spare.

The cricketers themselves did not appear to take the match with the kind of intensity that it is played these days. As the then England captain Ray Illingworth recalled in an interview in 1994 ``We had spent so long in the dressing room that we were just grateful for a game.’’

Ashley Mallett the Australian off spinner recalled years later that he was surprised when the match was called the first one-day international. ``That game we thought was a bit of a joke,’’ he said.

But there were others who were of the view that one-day cricket had a future. The England manager David Clark said he could see a week being set aside for a short one-day series when Australia visited England in 1972. Australian newspapers welcomed the ``overwhelming success’’ of the game while the English newspapers saw the potential summed up by the Guardian headline

``One-day Tests may well be here to stay’’. The venerable John Woodcock wrote in The Times ``As a result of today I would wager that on the next tour of Australia there will be a series within a series – three or four one-day matches between the sides could well form a part of the programme in addition to the Tests.’’ Don Bradman at the end of the match addressed the crowd and told them ``Today you have seen history made.’’

Overall then the response was fairly enthusiastic with the administrators particularly taking notice of the unexpectedly large attendance. And as Clark had prophesized there was a three-match ODI series in England in 1972 to go with the five Ashes Tests. The matches sponsored by Prudential an insurance company were played on 55-over basis in preference to a sixth Test.

The spontaneous spectator response and the sizeable gate receipts cemented the popularity of the one-day game and similar contests were held when New Zealand and West Indies toured England in 1973 and when India and Pakistan came over the following year.

By now it was clear that the stage had been set to take ODIs further and the game’s administrators came up with the idea of the inaugural World Cup to be held in 1975. The tremendous success of the competition once and for all silenced the few remaining skeptics and it was clear that one-day cricket was now going to be the game’s great spectacle.

And then came along Kerry Packer’s World Series Cricket in 1977 that transformed the shorter version of the game. White balls, black sight screens, artificial pitches, coloured clothing, flood lit grounds all made for a very different scenario and something that even the most liberal thinking aficionado would not have bargained for.

It may have been garish for some, a passing fancy for others but soon it was clear that this was the future of the limited overs game. And so it has stayed through half a century. 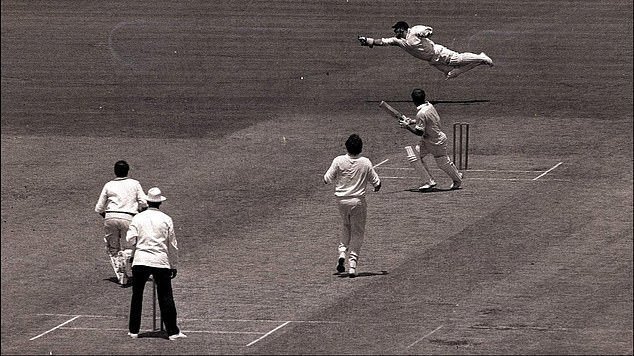 Pacemen Could Decide the Outcome of the Test Series