Past Cricketers Were Great Too

A disturbing trend I have noticed is that today’s generation of cricket lovers seem content to know about contemporary players. Their knowledge of the past greats is very limited. This is borne out through my interaction with several hardcore cricket enthusiasts as also by a number of polls conducted by various publications.

The questions pertaining to the greatest Indian team, greatest batsmen, greatest bowlers, greatest all-rounders and so on invariably have only cricketers stretching back at most to the seventies.

Today’s generation of cricket lovers have been brought up on television, DVD’s, Youtube and so on and because there is so little footage of cricket played from the thirties to the sixties the younger followers of the game are quite ignorant of the feats performed by CK Nayudu and Lala Amarnath, Mohammed Nissar and Amar Singh, Vijay Merchant and Mushtaq Ali, Vinoo Mankad and Subash Gupte, Vijay Hazare and Vijay Manjrekar, Polly Umrigar and the Nawab of Pataudi.

In my youth in the sixties we were brought up on books from where we got to know about the exploits of great cricketers of previous eras. I remember reading avidly about Trumper and Hobbs, Hammond and Hutton, O’Reilly and Grimmett, Nayudu and Merchant and going through books written by Neville Cardus, Ray Robinson, RC Robertson Glasgow, AA Thomson and Berry Sarbhadhikari. With reading by and large a lost art, there is this tendency by today’s generation of cricket lovers to belittle or dismiss the facts, figures and statistics associated with cricketers of a bygone period.

It is here that writers and historians closely associated with the game over an extended period have a role to play in educating today’s cricket followers about the standout performances that the heroes of yore notched up. That is why in all my books I have concentrated on recounting the great deeds, the great players and the great Test matches played from the thirties to the sixties. It is these decades that the young cricket followers of today have to be educated and informed about.

It’s easy for the followers of the game today – particularly the young and the uninitiated - to point out that the Test average of Nayudu is 25 and Mushtaq Ali 32 while the average of Sachin Tendulkar and Virat Kohli is well into the fifties or that the strike rate of Mankad and Gupte does not compare favourably with those of Anil Kumble and Ravi Ashwin. Actually it is never easy to represent a country in its formative years.

The dice is frequently loaded against these cricketers and both the batsmen and bowlers are fighting a losing battle against far more experienced sides who also have better players. I have always had a high regard for the older cricketers who had to swim upstream and symbolize courage in adversity while retaining my admiration for today’s cricketers.

In the formative years when Indian teams suffered one setback after another, went from one defeat to another with very few victories to show for all their efforts, the country was fortunate to have many courageous players who defied the odds and came up with performances that attracted attention all over the cricketing world.

Then came about the major turning point in Indian cricket - the India Rubber Year of 1971 when the team won contests in West Indies and England for the first time and a certain Sunil Manohar Gavaskar made his presence in no uncertain terms. Allied to this was the establishment of a world-class spin quartet, greater solidity in the batting and vast improvement in the fielding. Since then Indian cricket has gone from strength to strength and the players of the eighties, nineties and the new millennium have been the cynosure wherever the game has been played. They have displayed the skill, subtlety and artistry traditionally associated with cricketers from the sub continent as also technical excellence, an ideal temperament and the important qualities of courage, dedication, determination and concentration. But the deeds of Tendulkar and company should not dim the lustre surrounding the feats of Nayudu and his contemporaries.

The presence of a number of outstanding cricketers today should not in any way overshadow the great players of yesteryear and the outstanding deeds they performed frequently swimming upstream. Only a few years ago no less a personality than Gary Sobers hailed Subash Gupte as the greatest leg spinner he had seen. Talking to an Australian newspaper the legendary all rounder said ``Shane Warne’s a great bowler but the best leg spinner I have ever seen is still Gupte. He could do things that I still don’t believe all these years later.’’

Gupte took 149 wickets in 36 Tests in the period 1951-1961 when fielding standards were abysmal and when the batting was nowhere near the heights it has climbed in recent years. As Wazir Mohammed the eldest of the famous Mohammed brothers from Pakistan said a few years ago ``Gupte was a class act despite playing in such a poor fielding side.’’

But let a fellow spinner’s opinion be the last word on Gupte’s genius. Prasanna a master bowler himself was coming into the game just as Gupte was in the evening of his career. In a newspaper interview some time ago Prasanna said ``I was a great admirer of Gupte. There is no comparison. He was streets ahead of all of us.’’

Today’s cricketers are undoubtedly great players. They have notched up outstanding feats and have shaped some of the most notable triumphs in the history of Indian cricket. The batting is particularly strong and totals of 700 plus have eased the pressure on the bowlers - a point made by a grateful Kumble who has repeatedly pointed out that the bowlers’ task was made simpler by the batsmen giving them huge totals to back them up.

Consider the scenario in the sixties when the batting repeatedly failed and the bowlers had to defend totals of 250 or thereabouts. Even this the spin quartet did quite often. What the luckless Pataudi as captain could have achieved with just one Kapil Dev or Srinath or Zaheer Khan when the Indian new ball bowling was a joke in the sixties is something that is impossible not to speculate upon.

As I said I have unstinting admiration for today’s cricketers. I am only advocate. 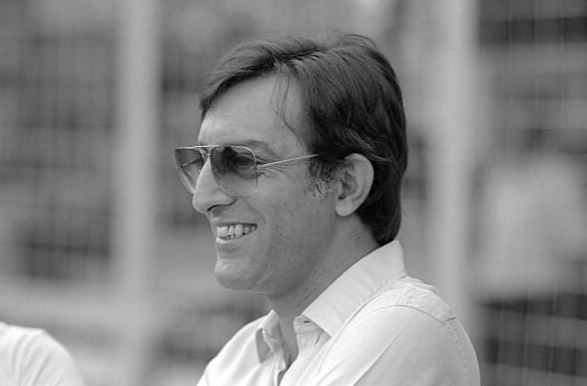