Is India Positioning Itself at Cricket’s Centre?

Is India Positioning Itself at Cricket’s Centre?

Why did India win the 2020- 2021 Test series in Australia? I suggest an inter- play of cricket and politics. On the field, a badge- wearing rival has begun to flex muscle. Listen to the admiration on Pakistani YouTube sites (like Sawera Pasha’s).

India’s strong development and bench strength caught Australia off guard. How do we otherwise explain the heroics of India’s third- string attack?

Fast bowlers have taken around 60 per cent of India's Test wickets in the last four years, an increase of almost 20 per cent over the previous 75, BBC says.

Touring Australia is hard. Any overseas player will tell you of fast bowlers aiming at your throat in packs, cracks on pitches that split you open, fans with fire in their nostrils, and commentators with disparaging chatter. Oh, it’s just mental disintegration! Is it?

But Australians worship achievers. There is no demerit point for losing this series, even if India took 31 years to earn its first Test victory in Australia. You can still have a beer with your opponents in the dressing room. There was no malice. The Australian media, coach, players, officials- all were generous in praise of India.

How did India do it?

Behind India’s fire- in- the- belly moment is politics and money. India is in Australia’s bone now. Sledging is perfect plunder for Australia when it comes to the Rest, but against India it could derail the burgeoning strategic partnership. The stakes are too high for a bunch of cricketers to spoil the new math.

Australia is becoming the white Asian power with a material interest in its brown or yellow neighbours. Geopolitics tells us why. Thank China for making Indians and Australians chummy. The Indo- Pacific is shaping into a present reality, aligned to initiatives like the QUAD and the Japan- India- Australia Supply Chain Resilience Initiative. Don’t disturb the ministerial QUAD dialogue with cricket banter!

One might imagine Australia’s cricket team had been briefed on the politics. What we know is that players hesitated to sledge the Indians. Tim Paine even apologised for abuse of Ravichandra Ashwin in the Sydney test (there were no regrets for worse in the past).

What does this equation do to England, the third giant of the game?

Here, too, the politics matters. The spoils of empire are slowly losing lustre. Despite its political dexterity, financial acumen and soft power attributes, Judge Dalveer Bhandari of India defeated the British candidate Christopher Greenwood in an International Court of Justice election in 2017, the first time a P- 5 candidate had lost. Why would Australia continue to privilege Britain as the mother ship of its diplomacy?

Thus, the cricket is part of a wider re- balancing. Australians and Englishmen are even beginning to question why the Border- Gavaskar Trophy still chases the Ashes as the big prize. “Australia are not the best team in the world anymore,” says Graeme Swann. “Beating India in India is a far higher thing to strive for.”

With the onset of an Ashes year, sowing confusion in Australian minds is smart preparation.

“There’s nothing quite like the warm feeling of waking up to an Aussie batting collapse,” says Tim de Lisle in The Guardian. “Plain cheating,” former English player Darren Gough tweeted on Steve Smith’s pitch- scuffing during the India- Australia series.

Note how the debate on the India- Australia series has shaped in media outlets such as BBC, Reuters, or The Guardian, with an attempt to trip Australia before the Ashes year as much as lauding India’s victory. This historical preoccupation finds new ways to throw slights that gain a life of their own. The English media can be excused for fighting with whatever it has.

How is India’s power shaping its rivalries with Australia and England?

Cricket is Australia’s revered sport. For Indians, cricket is a merit- driven movement where a boy from a village (T. Natarajan) or the son of a rickshaw driver (Mohammed Siraj) can wear the colours. Australians don’t care where these Indians come from as long as they have the stomach for a fight.

The BCCI is the world’s richest cricket board. In managing cricket’s opulence, the IPL has become everybody’s langar. Michael Atherton calls the IPL “disruptive,” but the Englishmen playing merely shrug and move on to collect their goody bags.

Cricket Australia and the England and Wales Cricket Board earn good revenue from series with India, Indian- origin fans line up at the gates, and the contest is riveting.

With its bounties, the IPL terror lurks everywhere. Why would anyone risk angering the Indians and lose the right to play? Australian and English columnists and players unite in composing elegies to the new power.

The breakdown of animosities and prejudices creates new moods and attitudes. There is a desire for a truce, even fellowship. Greg Chappell calls Virat Kohli the most Australian of visiting cricketers, but Kohli calls himself the new Indian.

This fearless approach comes from the IPL, where young Indian players have a one- on- one opportunity to decode and demystify the greats, observing their human errors just like any of us.

Politics and greed have made India the beneficiary of this triangular contest; so, let us enjoy the England series.

Jitendra Nath Misra is a former ambassador and serves as the vice president of Jawaharlal Nehru Hockey Tournament Society. 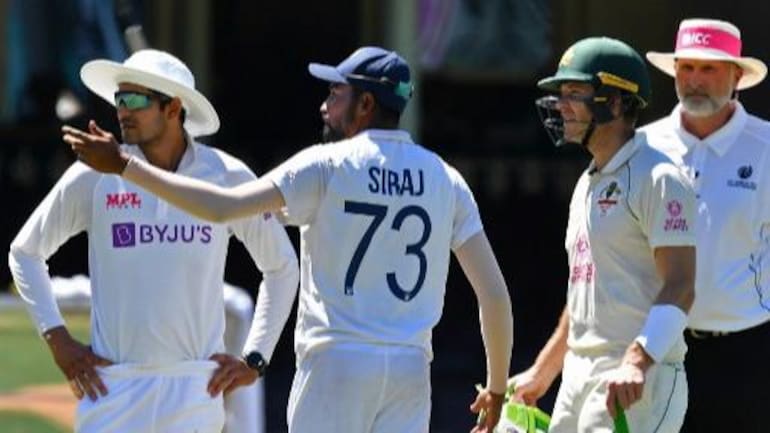