As a new tennis season gets underway and it is time for the first Grand Slam of the year it is clear that time is running out for both Serena Williams and Roger Federer. The two great champions are in their 40th year and however fit one is the years do catch up.

Indeed this could well be their last real competitive year and if they are to achieve a record equaling feat as in the case of Williams or a record breaking feat as is the case with Federer it has to come about this year. The competition is becoming more intense in both fields and already there are signs that both are on the way down.

For one thing this is clear in the ATP and WTA rankings. Federer has been the No 1 player in the rankings for a record total of 320 weeks – including a record 237 consecutive weeks and has finished as the year end No 1 five times. Despite the significant progress made by Novak Djokovic and Rafael Nadal over the years Federer has been No 3 for an extended period. But he ended 2020 at No 5 thanks to further challenges from the GenNext of players - the quartet of Dominic Theim, Daniil Medvedev, Stefanos Tsitsipas and Alexander Zverev with the first two being ahead of him in the rankings and the remaining two in hot pursuit.

The last of his 20 Grand Slam singles titles came at the Australian Open in 2018. He has not played a competitive match since losing to Djokovic in the Australian Open semifinal last January. Since then he has been plagued by injuries and has said that he plans a comeback in March at an ATP event in Doha. With his triumph at the French Open last year Nadal is now level with Federer on an all time record 20 Grand Slam singles titles. One of them could well go ahead to No 21 this year but at this period of time one would rather fancy the Spaniard’s chances more than that of the Swiss maestro. For that matter world No 1 Djokovic is not far behind with 17 Grand Slam titles.

Much the same can be said about Williams who is one short of Margaret Court’s all time record of 24 Grand Slam singles titles. But her last such title was at the Australian Open in 2017. She has been arguably the greatest player in the Open era and has set mind boggling and eye rubbing records. The WTA has ranked her world No 1 on eight separate occasions between 2002 and 2017.

On her sixth occasion she held the ranking for 186 consecutive weeks tying the record set by Steffi Graf. In total she has been No 1 for 319 weeks which ranks third in the Open era among female players behind Graf and Martina Navratilova. And yet she starts 2021 with a ranking of No 11 thanks to a combined challenge from several young players, most of them who have won at least one Grand Slam title.

It speaks volumes of her superb fitness and fierce competitiveness that she was still able to make the finals of Wimbledon and US Open in both 2018 and 2019 but each time lost in straight sets to one of the younger challengers and with each passing year her hopes of equaling Court’s all time record are decreasing.

Indeed as far as the Grand Slams are concerned it looks like an open field this year. It has been in the women’s event for some time now with Williams no longer the queen of the court. The fact that as many as ten players have won Grand Slam titles over the past few years is the ultimate proof of this. The men’s field was still dominated by the Big Three of Federer, Djokovic and Nadal who won a staggering 13 Grand Slams in a row from 2017 to 2020. However on the evidence of the last couple of years their dominance has been threatened by the GenNext quartet.

So viewed from any angle the four Grand Slam titles starting with the Australian Open on Monday are up for grabs. While it is unlikely there will be a really dominant player in the women’s events it remains to be seen whether the GenNext can make further inroads in the Big Four tournaments on the men’s side. 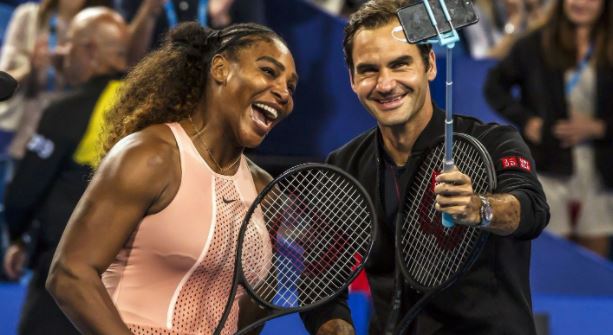