A footballer in his time, Abdul Qayoom was first to believe in his son’s abilities

The sky in Srinagar had grown dark. A curious young man with a light beard, probably in his early thirties, was ready to bid farewell to his passionately beloved sport. What had shot his way to success was now his most hated thing.

Sitting beside his father’s resting place in the numbing cold, he stirs up the memory of the past to see his father alive one more time in his imagination, saving him from a crowdbeating, as fans in the turbulent Polo Ground went spiralling out of control during a match.

Soon he is brought back by the flight of the pigeons eating corn scattered near his father’s grave. His great father passed away the day before, while he was stuck at the Delhi airport due to bad weather, following the I-league football matches.

“Daaida!” he was constantly calling his father by the name they were used to.

He tries hiding his tears behind his mask. His feet feel like concrete and his back as though put through a shredder, seated against a pillar by the iron fence of the graveyard. Surrounded by air despondent, his eyes remain glued to his father’s resting place.

The snow had carpeted the entire graveyard except the grave, which was canopied by a movable iron shed to protect it from the snow. It suddenly became too much for him. Struggling to breathe, he threw away his mask, shivered, and asked his repeated question:

After all, his father had invested himself as an equal in his son’s dreams, striving to make them true.

A celebrated footballer of Kashmir who has represented almost all the leading football clubs of the valley, Khalid Qayoom is one of the most influential and successful players in the modern-day football era of Kashmir.

The young midfielder dashed off the field midway when he heard the news. A blanket of sorrow was spread across their locality in the Old City of Srinagar. People, both men and women, rushed to Khalid’s home convulsed with sobs. They cried their eyes out at the funeral and were seen consoling each other.

“My heart sank when I heard about the unfortunate incident. He was a true gentleman and a pious person, always ready to help anyone,” says Altaf Ahmad, one of Khalid’s neighbours, with a deep sigh.

Khalid and his father were like two peas in a pod. People would always find his father, Abdul Qayoom, by his side during matches. The talented footballer son, who had impressed everyone with his skills and passion for football, was recently featured in the Real Kashmir FC team for the ongoing football I-league.

“He is brilliant with his game without a doubt,” says Adnan, a fellow mate playing for Real Kashmir.

Currently skipper of the Principal Accountant General Office football team, Khalid is only just touching new heights in the football arena. Behind his enormous success over the years are the struggles of a stubborn father, who bent over backwards to help his son.

Khalid would always feel his father’s pat on his back, motivating him through the thick and thin of his struggling life as an aspiring footballer. He would often pick and drop him in his initial days of training. He would reach out to his coaches to get feedback from them.

Abdul Qayoom, 53, wasn’t just a successful father but Khalid’s first mentor, who would critically assess his game and provide him with an outsider’s view of his performances.

A footballer in his time, Abdul Qayoom was first to believe in his son’s abilities and always remained deaf to the voices rising to say that by pursuing football his son was doing nothing but building castles in the air.

He believed in burning the candle at both ends, and Khalid was taught that from very early in his childhood. “He was my first coach. I achieved everything through his guidance,” he says in tears. 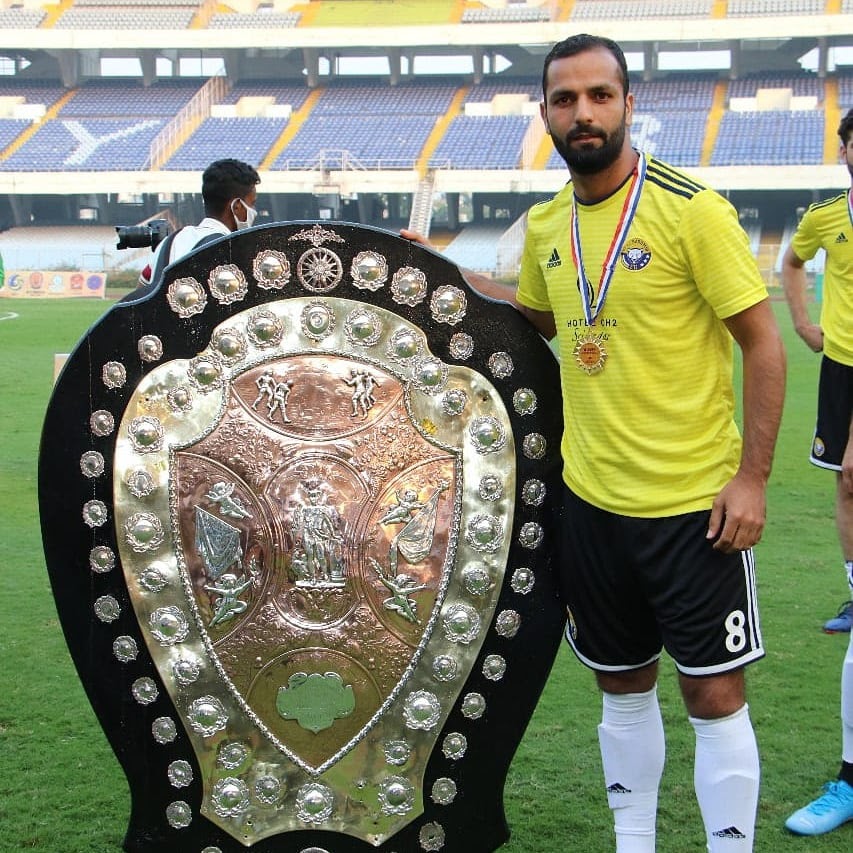 Khalid’s great father had a keen eye for the game, yes, but his suggestions held equal importance outside in society’s affairs, where his advice was often sought to mediate between parties in conflict. A true philanthropist, a God-conscious person who always tried to do better for his people, he never believed in ad hockery, and disliked dishonesty and fraud.

“He never declined whenever we asked him for help in any matter,” says N— while recalling incidents from the past. Her brother Abdul Qayoom would visit her on Fridays.

“He didn’t come the past two Fridays but I am still waiting for him,” she says as her sister consoles her.

Khalid’s father had been taking care of many families like a brother or father, and it seems that with his demise many families have turned orphan. And the fables shared about Abdul Qayoom speak volumes about his character. He was a hero in a real sense. Khalid may owe every inch of his success to his late father, a feat that may not put him in the books of the world… but his contribution remains stamped and preserved in the hearts of people.

Khalid is trying to make peace with the unfortunate circumstances. He feels that the football field only adds salt to his wide open wounds. “I don’t see my father there now,” he says in a rush of emotions.

But he adds that by playing football he is living his and his father’s dream, so he must continue to shine for his father’s sake and add many more laurels to his name.

“He wanted me to be a successful footballer so stepping down isn’t an option,” he says.

Asked of his plans to rejoin the I-League, Khalid Qayoom remains silent. The entire football fraternity extends condolences to his family. May the sportsman lace up his shoes and rule the field once again. 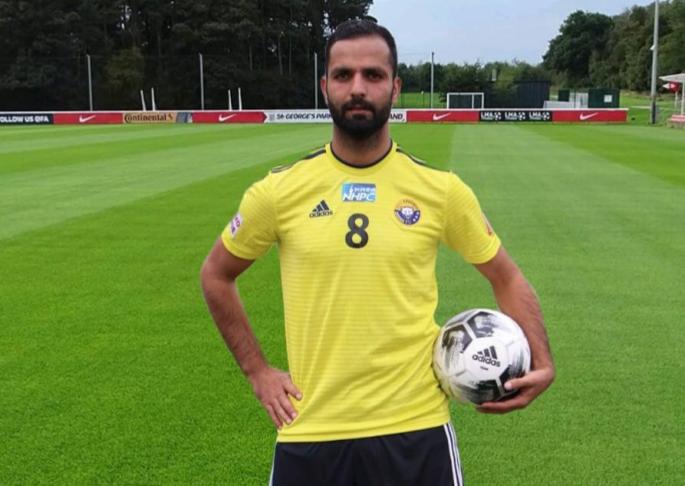