As he prepares to play his 100th Test at Ahmedabad from Wednesday Ishant Sharma can look back with a sense of pride and achievement on his career.

In the first place no Indian pace bowler since Kapil Dev has lasted the course for almost 14 years as Ishant has done.

Secondly he is only the second Indian fast bowler to figure in 100 Tests.

Thirdly his tally of wickets puts him third behind Kapil and Zaheer Khan among Indian pacers and it is surely only a matter of time before he goes past the latter’s mark of 311 wickets and goes to second spot.

More than the stats it is his fighting spirit and ability to come back time and again that has been a major highlight of Ishant’s career. He made his debut against Bangladesh in 2007 but it was the tour of Australia that winter that marked him out as an exciting prospect. The pace that the tall spearhead generated was something that had not been associated with an Indian fast bowler and he frequently had a batsman of Ricky Ponting’s class, skill and experience hopping at the crease.

The experts gushed about his bowling. Steve Waugh hailed him as the next best thing in Indian cricket. Damien Fleming spoke of him in the same breath as Glenn McGrath expressing the view that he could end up with 500 wickets if he could remain injury-free. Ponting himself admitted that Ishant was one of the few right arm fast bowlers who could bring the ball in and that made him a difficult proposition adding that he had the variety that could trouble left handers and compared him to Makhaya Ntini.

And no less a personality than Richard Hadlee was of the opinion that he had it in him to be right up there among the best fast bowlers in world cricket in the next five years. ``The potential at the moment is very exciting’’ concluded New Zealand’s greatest cricketer.

For some time Ishant could do no wrong. He was among the wickets regularly impressing with his pace and adroit use of the bouncer and the yorker. Unlike other pace spearheads he could bowl long spells and while more impressive abroad on more helpful surfaces he was also successful on the more benign pitches at home. And then suddenly things started to go wrong. His strike rate and average started causing concern as also his economy rate.

Most importantly the sting had gone from his bowling. From hurtling the ball down at speeds in excess of 150 kmph he came down to around 140 kmph. Perhaps it was a case of too much cricket for Ishant was playing in all three formats besides figuring in the IPL. Then there was the injury factor that saw him miss out on a number of games. And finally there was the challenge from a whole new set of talented young pacemen.

The turning point came about when he started concentrating on Test cricket. Ishant played his last T-20 international in 2013 and his last ODI in 2016. And the transformation in the last few years has been remarkable. The cricketing adage is that spinners mature with age and but Ishant has proved that the saying could apply to pacers too. His first 79 matches yielded 226 wickets; his next 20 have brought him 76.

His average once languishing at 36 is now a much more impressive 32. Eleven five-wicket hauls and one ten-wicket haul are en embellishment and while there have been several eye catching performances pride of place will have to go to his best innings figures of seven for 74 against England at Lord’s in 2014 which resulted in India pulling off an astonishing victory. One by one the England batsmen perished to his well directed short deliveries.

Ishant is no longer the young tearaway fast bowler but while compromising on pace there has been no let-up in his hostile bowling. From his height he can bounce the ball disconcertingly and moves the ball admirably off the seam. There is more brain than brawn in his approach these days.

He is now in his 33rd year and may not be around for too long but he has already achieved enough to take his place among the few outstanding Indian pace bowlers. 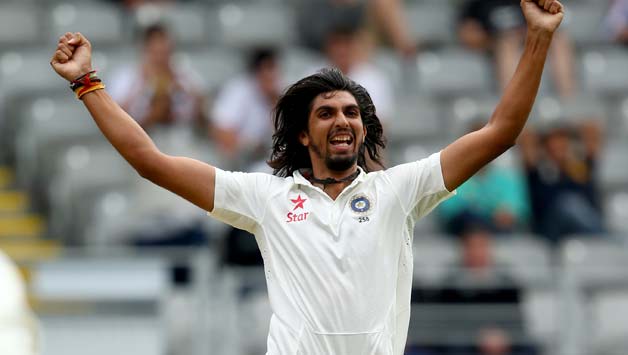