The unexpected announcement from Cricket Australia was followed quickly by Faf du Plessis announcing his retirement from Test cricket. If Australia’s decision not to tour South Africa hurt, du Plessis’ absence comes as another blow to South Africa’s cricketing future.

Cricket robbed of one of its greatest rivalries: so went the headlines after Cricket Australia stunned the world by announcing it would not tour South Africa after all. One of the reasons the series was so highly anticipated was the presence of Faf du Plessis, one of South Africa’s most formidable players against Australia over the past decade.

No bolt from the blue, his decision was in the offing once it became clear that South Africa’s multitude of problems, not restricted to the field alone, were going to come in the way of planning for the remainder of his cricketing career.

Even as recently as the team’s tour of Pakistan, du Plessis spoke of the unsustainable challenge in playing year round inside bio bubbles, though he added, “I’m still feeling really motivated and driven.”

Only a year ago Faf was more than disgruntled when he kept reiterating, in the aftermath of a disastrous World Cup outing to England in 2019, that he intended to lead South Africa into the Twenty20 World Cup the following year. That was eventually postponed, and also saw Cricket South Africa hand the T20 captaincy over to Quinton de Kock, that too after South Africa had landed in India and Faf was rested for that leg of the tour.

Having had to face up to the constant challenge of South Africa’s slow decline from frontrunner rank and a barrage of problems behind the scenes, it was not surprising that when Faf stepped down from the Test captaincy after England won the Test series in South Africa 3-1, despite a slew of changes in the support staff, he described the period as “one of the toughest seasons” of his career.

Unburdened from the captaincy, forced out some might say, it appears that the decision to make himself available for an uncertain South African future was beginning to tell on the cricketer who became a father for the second time late last year.

Faf du Plessis’ Test numbers are lofty in themselves and yet read like an underachiever’s given the range of his talent and his reputation for enigmatic performances.

With over 4000 runs at an average of 40 from 69 Tests, they do not speak highly enough of what might have been, had Faf not become one of the few South African players of the post-Apartheid era to embrace fully the trials and turmoil of captaining a talented but underperforming team.

Beginning rather ominously in Adelaide, du Plessis marked his Test debut with a history-making record. No other South African cricketer to date has scored a half century and a century in his debut match.

Showing a rare temperament for absorbing pressure, he made his second innings an epic show of how to withstand 376 balls and 466 minutes at the crease, as South Africa drew the match and later went on to win the series.

A decade later, Faf du Plessis continues to show glimpses of his ability to play the gamechanger’s hand, nearly scoring a double century against Sri Lanka last December. Why would such a player call it quits?

He has shown versatility and an easy-going nature that stands in sheer contrast to the way South Africa have tended to play their game on the field: with clenched fists and wobbly knees.

18 wins and 15 losses from 36 Tests might not seem to show the most successful of captaincies, but it is worth remembering that the numbers flounder after the first 27 Tests Faf led, and where the bulk of the wins came from.

From joining the high ranks in 2012 when South Africa were at the peak of Test cricket, Faf has seen his team stumble through the transition and the loss of powerhouse players like Jacques Kallis, Dale Steyn, Graeme Smith, Hashim Amla, and his childhood friend AB de Villiers.

While his peers chose to showcase the unburdening effect of not being captain, Faf took on the colossal task, wanting to turn around South Africa’s sinking ship and standing by it as captains should.

But it seemed that in the past couple of years, decisions were being made for him - including the one by Cricket Australia that hastened his exit and has plunged South Africa into an abyss. Now the team and management can only ponder the merits of having a dressing room without a willing leader and mentor who could have taken the greenhorns into the next era with a little more panache and passion.

Bidding his adieu to cricket’s oldest most hallowed format, du Plessis’ statement read: “I stand in a place of utmost gratitude for a Test career full of blessings bestowed upon me. Every high and low has shaped me into the man I am proud to stand up as today.”

Speaking of the difficult choice he had to make, he said:

“It has been a year of refinement in the fire for us all. Uncertain were the times, but they brought clarity for me in many respects. My heart is clear and the time is right to walk into a new chapter. It has been an honour to play for my country in all the formats of the game, but the time has come for me to retire from Test cricket.

“The next two years are ICC T20 World Cup years. Because of this, my focus is shifting to this format and I want to play as much of it as possible around the world so that I can be the best player I can possibly be.”

It was not hard to see why Faf arrived at this decision. With no Test matches on the horizon after Cricket Australia’s pullout, and a plethora of Twenty20 tournaments including the IPL and two World Cups this year and the next, he had little choice but to adjust his periscope.

Graeme Smith’s heavy heart over the decision is understandable, given that the former captain and current director of cricket could use stronger muscles to pull South Africa up. He said,

“Faf has been a prolific Test cricketer for the Proteas for a number of years now and to lose him in this format is going to leave another big gap in the team. His commitment to the team has always been undoubtable and his transparency with Cricket South Africa about his plans has always appreciated.”

At age thirty-six, and with a well chiselled body to boot, Faf was already pushing the boundaries of what is expected of senior players. Last December at the Centurion Park, Faf showed his incredible talent in leading the way with two record-setting partnerships, as he moved past his previous high scores and the 150 run mark.

Painfully he missed out on a worthy double hundred against Sri Lanka by a single run - but his innings carried with it a beacon of hope that all was not lost for South Africa, who have been floundering on the field for the past couple of years, and fumbling behind administrative doors as well to perilous consequence.

Not without hiccups, du Plessis increasingly found himself caught in the crossfire of race and politics within the setup, and the need to explain South Africa’s inexplicable failure to relaunch their dreams. His fumbling and at times dejected appearances as skipper of late were a sign that even the most willing of leaders was showing the onerous burden and resignation brought on by the seemingly impossible task.

Not a lot can be said about South Africa’s succession planning. The very fact that Quinton de Kock’s appointment as South Africa’s Test captain following du Plessis’ stepping down in 2020 was followed by the wicketkeeper-batsman himself clarifying that this was a temporary position until a more suitable replacement can be found said it all.

And the team’s punctured dreams of resurrection in Pakistan only further highlighted their plight when Mark Boucher, former wicketkeeper-batsman and now head coach, stated that de Kock would not captain redball cricket much longer.

Not since the once revered Hansie Cronje, and the learn-on-the-job, hard knuckled Graeme Smith had South African seen a willing captain and leader unafraid to roll up his sleeves. Bereft of the last of their warhorses from an era that still dreamt of glory, South Africa are staring into the unknown.

Du Plessis inherited a team in transition from the heady 2012 Test team at the top of their game, not to mention a slew of changes in the captaincy including Amla and de Villiers. It may have made it difficult for him to balance his own personal expectations with the need to keep the team’s heads above the water, as was becoming the case over the latter half of his career both as captain and player.

He is in a unique mould, with the grit and discipline of a Kepler Wessels yet teeing up nicely to meet the versatile demands of the modern game, where he melded extraordinary defensive skills and a mind blowing, flexible attack, not to mention his agile fielding and catching in the outfield. And he continues to show his hunger and appetite are still intact, even if his heart is not in Test cricket anymore.

Might it then be a case of missed opportunity, or simply a case of bad timing for South Africa, who must now look back through history and wonder what might have been - could they have better mined the depth of talent and odyssey in Francois ‘Faf’ du Plessis, one of South Africa’s finest cricket heroes and leaders? 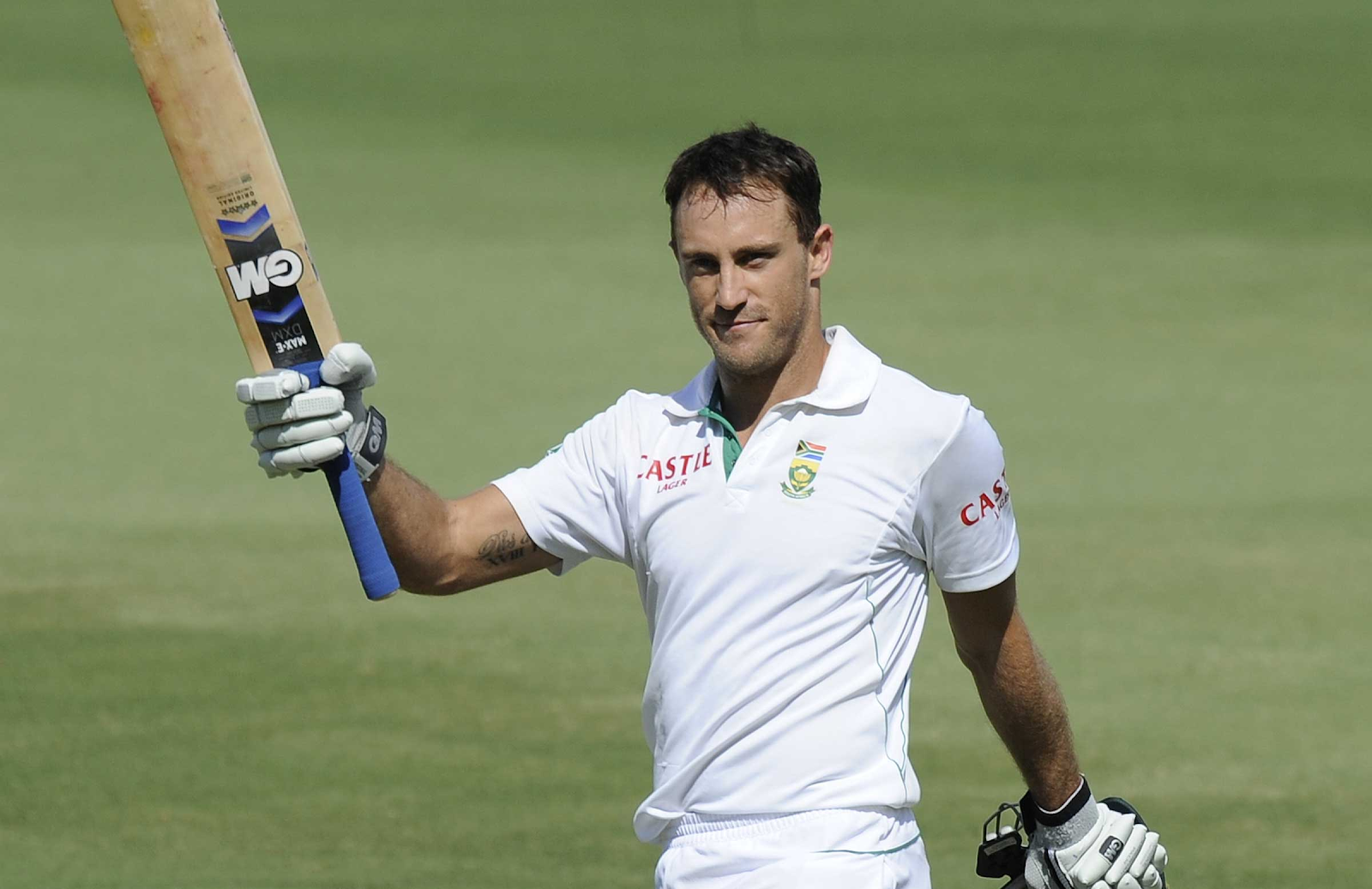