While there was heartbreak for Ferrari’s Charles LeClerc who went from being pole sitter to non starter, the return of the Monaco Grand Prix to the Formula 1 circuit after the coronavirus pandemic miss in 2020 saw Lewis Hamilton feel the heat as did the blundering Mercedes as Max Verstappen scored his first win at the venue and also, for the first time, leads the world drivers championship.

In evidence of the fact that the battle for top honours is getting more intense, Hamilton, the seven time world champion, was as vocal in his frustration throughout the race weekend as he was practically invisible throughout the race, eventually finishing seventh in a forgettable trip for the Mercedes team.

Hamilton’s worries grew over the weekend over concerns over heating issues in his tyres. With those debates continued in the pit garage, ultimately what got the Brit hot under the collar was the Mercedes pit strategy to call him in early for a fresh set of tyres which saw him being undermined by the likes of Pierre Gasly, Sebastian Vettel of Aston Martin, and Sergio Perez in the second Red Bull car that made it virtually impossible for him to make any moves on the street circuit of Monaco.

Mercedes’ weekend went from bad to worse when their only podium hopeful, Valterri Bottas, in second position, was forced to retire on lap 30 after his pit stop turned into a disaster. The fast ticking clock robbed the unfortunate Bottas’ chance to outshine his more dominant driver as the mechanics in the pit crew failed to the take right front tyre after a wheel nut had supposedly meshed in with the axle.

The clock may have run out for Mercedes and their ill fated, poorly timed plans. But it was a weekend to remember for Max Verstappen and Red Bull.

For the first time since 2013 Red Bull found themselves handsomely positioned at the top of the constructors championship albeit by a one point lead over Mercedes. Verstappen rounded out the top honours, converting a fourteen point deficit after the fourth race of the season with a 4 point lead over Hamilton.

Verstappen recalled childhood memories of being at Monaco while celebrating his win, “It’s so special around here to win and also, for me, the first time on the podium here. An amazing race.”

While some might have undercut Verstappen’s success by highlighting the blunders in the Mercedes camp as well as the embarrassment for Ferrari at the top of the race, there is no denying that this has been Red Bull’s and Verstappen’s strongest season start yet and the results are really making for an exciting seventeen race season still remaining.

The race itself began somewhat in anti-climatic fashion after local Monegasque and Ferrari driver, Charles LeClerc, found himself out of contention almost immediately after the car left the pit garage.

Ferrari’s reasons to celebrate their first pole since Mexico 2019 were muted post the qualifying season.

Although LeClerc had finished on pole in the qualifying on Saturday, the session was red flagged after his car ran into the barriers towards the end of the third qualifying session. LeClerc was circumspect despite his pole start on Saturday itself, knowing that Monaco had not been kind to him in the past.

The young driver’s pain after the non start was evident in his words, “In the garage, it felt very, very difficult to feel OK. But yeah, I am getting used to the feeling here unfortunately. I’ve never finished a race here. This year I don’t start it, starting from pole.”

At the time of the start of the race, it was believed that in a bid to avoid a five place penalty for any changes mandated to the car after LeClerc’s crash into the barriers, Ferrari assumed all was okay with the right wheel alignment, driveshaft and the gearbox. But embarrassment was on the cards rightaway as LeClerc’s race was over even as he pulled out of the garage at race time. The pole position remains poignantly empty on the race track.

Although the Ferrari team principal, Mattia Binotto, denied that there was any such reasoning behind not changing the gear box and that there was driveshaft failure on the left side of the car which was not the side damaged in the crash on Saturday, Ferrari’s subsequent investigations of the car in Maranello seem to suggest that there was a crack in the driveshaft hub which was difficult to trace in the short time between making repairs before turning the car over as is mandated by race rules.

Even though bitterly disappointed, LeClerc stuck around till the end of the race to join the celebrations as the second Ferrari driver, Carlos Sainz, brought home some consolation finishing second ahead of McLaren’s Lando Norris. It was a different scene for Ferrari after the last couple of years when there was treacherous soap opera between LeClerc and the former four time world champion, Vettel, who was eventually left out by Ferrari for this season, ironically announced on the eve of the restart to the season in 2020.

Hamilton’s rare heated debate over the car radio spoke of the kind of weekend Mercedes were having, while his rival was gaining ground. If heating issues were the problem before the race, finding the pit stop strategy being undercut made Hamilton fume over the radio, “What has just happened, guys? How am I still behind? I just lost two places!”

“I don’t understand, guys. I saved the tyres to go longer. You made me stop before everyone,” He continued only to hear more news as his engineer informed him, “We are under threat to lose another to (Sergio) Perez as well. Sorry about that.” An aghast Hamilton repeated, “I’m losing position to Perez?”

That the competition now is getting too close for comfort on and off the track was evident in how the top two drivers of the season spoke about the closely contested races ahead of the Monaco Grand Prix.

While Hamilton had suggested that he was keeping to his lane to avoid a crash against his Dutch counterpart and claimed that perhaps Verstappen’s aggression came from his wanting to prove something, the Dutchman quipped back, “Nope, I have nothing to prove.”

Interestingly enough while Hamilton relayed back to the public after the race that he was not too stressed, the fact that he reiterated more than a couple of times that he would be scheduling meetings over the coming days, undoubtedly to discuss his conflicting views on tire management and pit stop strategy on the back of the debacle in Monaco, should please Max Verstappen and Red Bull immensely after keeping up the consistency in finishing in the top two in all five races thus far. 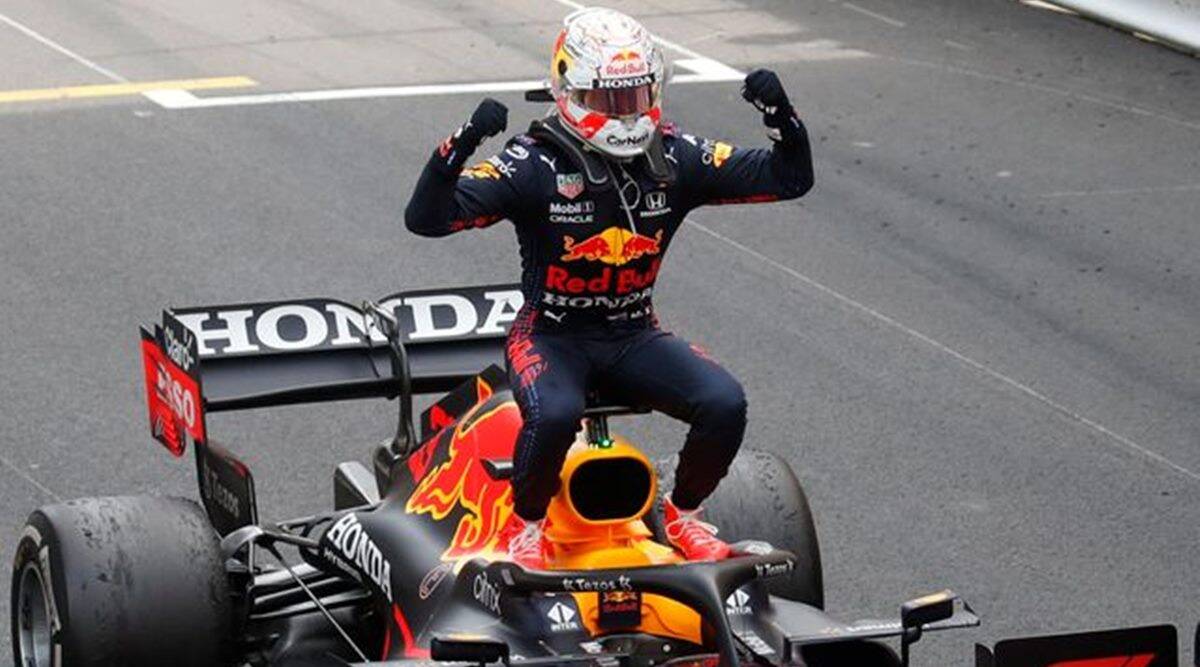