Not the same fan following as Federer and Nadal

Roger Federer and Rafael Nadal have their innumerable fans but somehow Novak Djokovic does not have the same following despite having a record that is not a whit behind his two illustrious opponents.

Federer engulfs tennis followers by his elegant game and charming smile while when it comes to athleticism Nadal is second to none in bounding about the court. Djokovic on the other hand is considered ''cold’’, more methodical and systematic in his play and perhaps a bit too predictable in his courtcraft.

But not having the kind of fan following that Federer and Nadal have does not appear to bother the world No 1. He continues to perform around the ATP Circuit with a consistency that defies belief. His triumph at the French Open only cements his standing as the best player in the game by a comfortable margin.

A victory over ''Clay King’’ Nadal in the semifinal followed by a triumph in the final against fast rising Stefanos Tsitsipas after being two sets down is the stuff that legends are made of and little wonder that the 34-year-old Serb said while holding the trophy ''I will definitely remember these last 48 hours in my life.’’

There are really special moments even in a great player’s career, some feats that will be remembered long after other achievements might be forgotten. After all there has been tremendous pressure on Djokovic – as also Federer and Nadal – as the GenNext of players have been closing the gap season after season, tournament after tournament.

The quartet of Tsitsipas, Daniil Medvedev, Alexander Zverev and Dominic Thiem have together mounted a challenge over the last couple of them to end the dominance of ''The Big Three’’ but while they have been successful in winning major competitions and even the year-ending ATP Tour finals when it comes to Grand Slam events Messrs Federer, Nadal and Djokovic have been quite unstoppable.

The only blip in their total dominance was Thiem winning the US Open title last year. That breached the fortress of The Big Three whose challenge has been somewhat weakened by the fact that Federer has not won a Grand Slam since taking the Australian Open title in 2018. But then Djokovic and Nadal have been quite unbeatable and seen to it that their monopoly of the Grand Slam events has continued.

The three have a mind boggling and eye rubbing 59 Grand Slams between them with Federer and Nadal bracketed at the top with 20 each and Djokovic snapping at their heels with 19.

Medvedev has been a finalist at the Australian Open and the US Open. Tsitsipas has been a semifinalist twice at the Australian Open and now a finalist at the French Open. Except for Thiem who has been a finalist twice, the other three have emerged triumphant at the prestigious year-ending ATP Tour finals. And then there is the matter of rankings. For long Federer, Nadal and Djokovic dominated the first three spots in the ATP rankings. Now Federer has slipped to No 8, Nadal is No 3 while Djokovic stays at the top. But Medvedev, Thiem, Tsitsipas and Zverev occupy the No 2, 4, 5 and 6 spots which makes the situation full of possibilities for the rest of the season.

For now however the spotlight is on Djokovic. At 34 he is a year younger than Nadal and six years younger than Federer and his hunger for success knows no bounds. The French Open confirmed this. The triumph made him the first player in the Open era (post 1967) to win each of the four Majors twice, Rod Laver and Roy Emerson being the only other players to achieve the feat in the 60s.

He is at the peak of his game, something that cannot be said about Federer who will turn 40 in August and has given enough hints that he has got to take care of his body. His decision to withdraw from the French Open after a hard fought third round victory is a clear indiciation that the Swiss legend may not be a major force anymore.

Nadal of course can be trusted to be around for some more time even if his semi final defeat to Djokovic on a surface on which he has been the ''Emperor’’ for so long can be taken as something more than just a blip on the radar. The GenNext quartet all in their early or mid 20s could well be his main challenge but given what we saw at Roland Garros Djokovic is ready.

The manner in which he fought back against a highly talented opponent 12 years his junior was commendable and underlined the fact that he still has a lot of gas left in the tank. 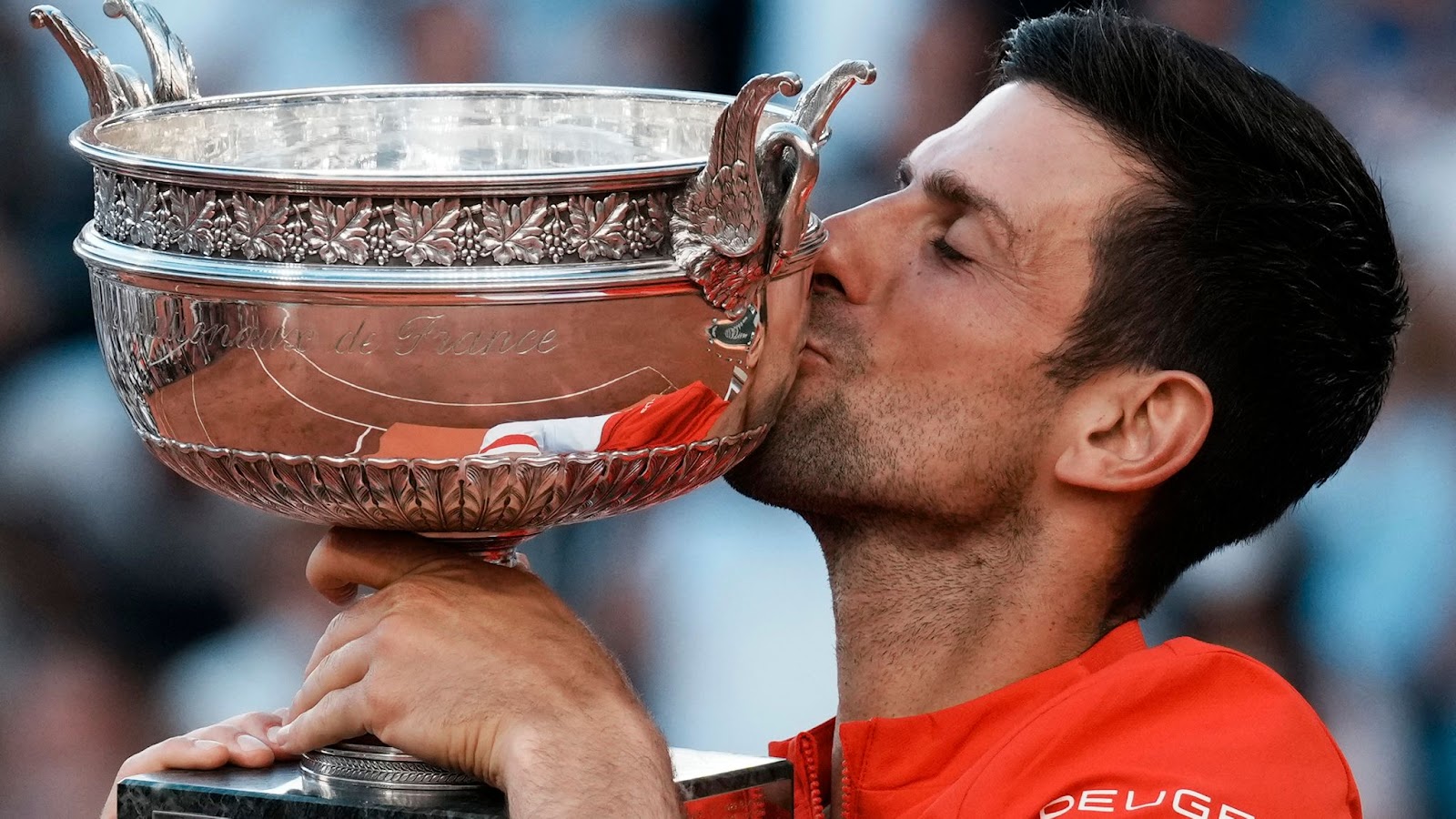