The honours sit lightly on her lithe frame

The honours sit lightly on her lithe frame. Arjuna award in 2004, Padma Shri in 2006, Rajiv Gandhi Khel Ratna award in 2015. Padma Bhushan in 2016. In 2015 she made the BBC list of 100 inspiring women and the following year she was named in Time magazine’s list of 100 most influential people in the world. She has been appointed as the UN goodwill ambassador for South Asia, the first South Asian woman to be so honoured in the organization’s history.

And yet why is there this feeling that Sania Mirza has not got her due as far as her sport is concerned? The widespread view is that she is more respected abroad than in India. Because she is a doubles specialist her achievements tend to be underplayed. After all singles play is what tennis is all about. One can reel off the singles champions but who recalls who won the doubles?

And yet it wasn’t always like this. For quite a while Sania was the media’s darling. In the first decade of the new millennium she was the charming new face of Indian tennis. After almost half a century of basking under the glorious play of Ramanathan Krishnan, the Amritraj brothers, Ramesh Krishnan and the winning ways of the Leander Paes – Mahesh Bhupathi duo there was a perceptible fall in the standard of men’s tennis in the country.

The new players struggled to qualify for the Grand Slam events, endured mediocre performances around the ATP tour and India slid out of the prestigious Davis Cup World Group to languish in the regional Asia/Oceania group.

It was around this time that Sania made her presence felt. The Hyderabad born lass had good looks and a touch of glamour around her but soon it was her tennis that was attracting as much attention. And when she won the 2003 girls doubles title at Wimbledon at 16 aficionados were aware that it was the first steps towards greatness for an exceptional talent.

It is important to remember that Sania is a path breaker. In men’s tennis Ramanathan Krishnan was the pioneering great and he provided the inspiration for the others who followed. Women’s tennis in India had never been a big thing simply because there was no woman who made the international grade.

Very briefly in the late 1990s Nirupama Sanjeev (nee Vaidyanathan) shone becoming the first Indian player to win a round at a Grand Slam – the Australian Open in 1998. But that was the best she could notch up and she soon retired after having achieved a career best ranking of 147.

So when Sania turned pro in 2003 it was a pretty bold step. She was approaching unchartered territory. It speaks volumes of her tenacity, fitness and court craft that she not only stayed the course but also over the next few years notched up notable achievements – a WTA Tour title in her hometown, a career high ranking of 27 and making it to the fourth round of the US Open.

By the end of the first decade of the new millennium Sania was the biggest thing in Indian tennis with the promise of greater things to come. But now fate took a hand. Injuries, one after another affected her play and she was either forced to skip tournaments or fare badly in the few she played. In the Grand Slams she was eliminated in the early rounds.

In the meantime she had started to make a mark in doubles play and in 2009 was good enough to win the mixed doubles title at the Australian Open. Hereabouts after considerable consideration she took the decision to concentrate on doubles. It was a bit of a gamble for finding the right partner could well be a major problem. After all in doubles it is important that both should be friendly and have respect for each other.

A decade later it can be said categorically that it was the right decision. Sania has partnered many men and women during her long career and has been the doubles player supreme, rising to the No 1 ranking and winning as many as six majors. She has won the women’s doubles titles at the Australian Open, Wimbledon and the US Open besides being a finalist at the French Open and has won the mixed doubles titles at the Australian Open, US Open and the French Open.

In addition she has won the WTA Tour doubles titles in 2014 and 2015. With 42 titles Sania has won more WTA doubles titles than any other active player and has had 91 weeks as the world’s No 1 doubles player. It is also worth recalling that from 2003 to her retirement from singles in 2013 she was ranked by the WTA as India’s No 1 player.

It has not been all smooth sailing for Sania. She has had her share of controversies which have ranged from her attire not being acceptable to the traditionalists to violating the dress code at the Beijing Olympics in 2008, from her views on pre-marital sex being taken out of context to being used as a ''bait’’ - as she put it - in the Paes – Bhupathi controversy prior to the London Olympic Games in 2012.

She was also referred to as ''Pakistan’s daughter in law’’ following her marriage to Pakistan cricketer Shoaib Malik and so thought unfit to be Telangana’s brand ambassador. But Sania, outspoken and unafraid to speak out has met these charges head on with the result that the controversies have generally died down.

It is not easy coming back to competitive tennis after having a baby but Sania was always determined to make a return and in her 35th year after 18 years on the circuit she played at Wimbledon in both the doubles events. The fact is that she enjoys playing the game and this is the chief reason for her success and longevity. 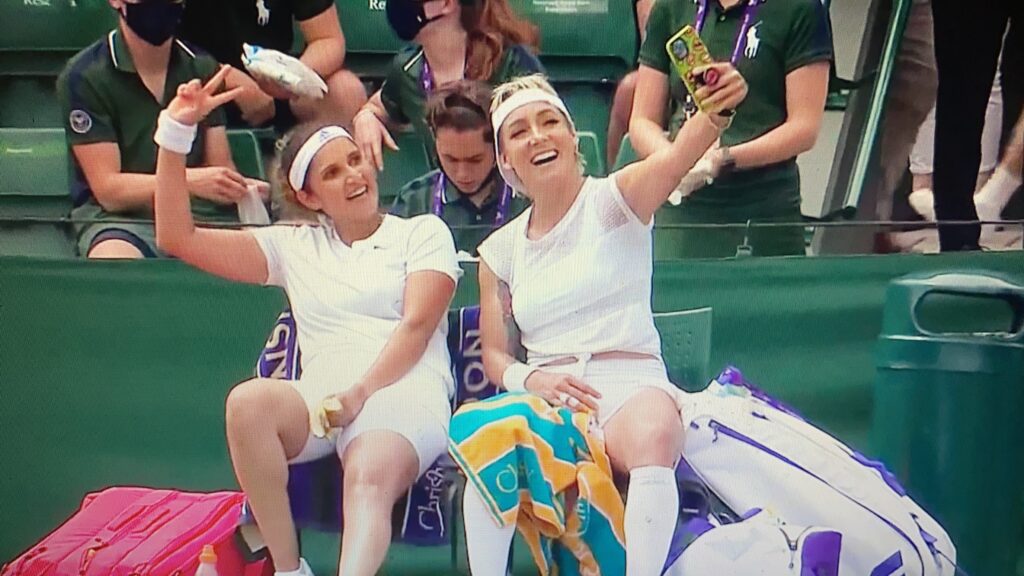