The World Cup Triumph Was the Crowning Glory of his Career

The crowning glory of his career will always be being a prominent member of the 1983 World Cup winning squad but Yashpal Sharma who passed away on Tuesday had notable achievements in both Tests and ODIs. He was first seen as a promising prospect for the traditional format, able to overcome any technical limitations with courage, concentration, determination and patience.

These qualities saw him add stability and substance to the Indian middle order from 1979 to 1983. An ideal man for a crisis Yashpal could blunt the edge off any attack with solid defence and though he might not have been the most attractive batsman to watch, none could argue against his value to the side.

Of stocky build with strong forearms Yashpal came into national recognition with a score of 173 for North zone against South Zone in the Duleep Trophy in 1977-78. He toured Pakistan the following season but did not make it to the Test team. He did well on the tour of England in 1979 heading the figures in the first class games with 884 runs at an average of 58.93 and this time played the first of his 37 Tests.

During the busy season back home in 1979-80 when India played 13 Tests Yashpal was a regular member of the team in the twin contests against Australia and Pakistan. He made a number of valuable contributions including his maiden Test hundred against Australia at New Delhi. This brought out his fighting qualities for he had made a pair in the previous game and was continuously booed during the earlier part of his innings as he struggled to find form. But during the second half of his 100 not out he really went for the bowling hitting three sixes as he neared the three figure mark.

An indifferent showing in Australia and New Zealand in 1980-81 however saw Yashpal out of the team briefly. But when he was reinstated for the Chennai Test against England the following season he proved his gutsy qualities. He and GR Viswanath batted the whole of the second day and went on to share a record 316-run partnership for the third wicket. That made him again a regular member of the team on the tour of England in 1982 and the tours of Pakistan and West Indies in 1982-83 his grit making him a difficult batsman to dislodge. However the following home season there was a sudden lapse in form against Pakistan and West Indies and he lost his place and never regained it.

In the meantime however Yashpal had emerged as a World Cup hero. His innovative batting skills, excellent running between the wickets and brilliant fielding saw him make the transition comfortably to limited overs cricket. He had performed admirably in the few matches till the World Cup but in the mega event he was a pillar of strength and made a substantial contribution to the overall triumph.

In the first match against West Indies he top scored with 89 off 120 balls a knock that won him the man of the match award and led to the holders being defeated for the first time in the World Cup. Coming in at 76 for three he stroked the ball fluently in the face of the fearsome pace quartet of Malcolm Marshall, Andy Roberts, Michael Holding and Joel Garner before being seventh out at 243. About ten days later came a valuable 40 (top score) as India defeated Australia to qualify for the semifinals.

But Yashpal’s piece de resistance came against England. He entered at a vital juncture of the match with India in pursuit of a victory target of 214 having lost Sunil Gavaskar and Kris Srikkanth in quick succession with only 50 on the board. With Mohinder Amarnath Yashpal set about putting India on the path to victory with a third wicket partnership of 92 runs. After Amarnath’s dismissal he was joined by Sandip Patil and the two hurried India to victory.

There were a flurry of boundaries from Patil but the best stroke came from Yashpal. With victory almost certain he aimed an audacious flick off a fast yorker bowled at the leg stump by Bob Willis and the result was an amazing six over the fine leg boundary. Thirty years before reverse sweeps, switch hits and helicopter shots it was simply breathtaking.

By the time Yashpal was out for 61 with three fours and two sixes India required just nine runs for victory. Three days later came that unexpected triumph at Lord’s and one of the images of the final was a jubilant Yashpal holding the trophy on his head.

The Ludhiana born Yashpal, the first of that victorious squad to pass away, played for Punjab, Haryana and Railways in the Ranji Trophy. In retirement he could never really leave the game he loved so much and served as an administrator, coach, commentator, national selector, umpire and match referee. 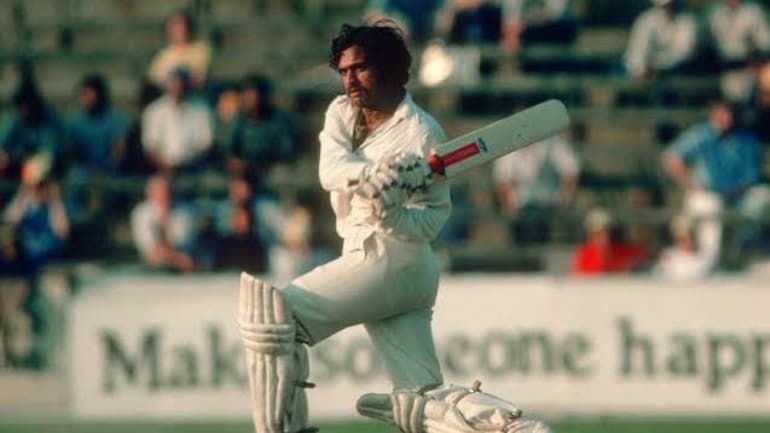