“I hate living with regret”

The captain of the Indian women’s Hockey team Rani Rampal started playing the sport with a broken hockey stick as her parents were unable to afford to buy her equipment to play. She was also told she was malnourished by her coaches and would not be able to play hockey. Today she has led the Indian women’s hockey team to victory in the 2021 Tokyo against 3 times champions and number 2 in the world, Australia and earned a spot in the semi finals.

Born in Shahabad Markanda, Kurukshetra, Rampal first started playing at the age of 6. She made her first debut as the youngest player in the senior Indian Women’s hockey team at the age of 15. Hers was the winning goal in the 2016 when India qualified for the 2016 Olympics after 36 years. At Rio 2016, Rampal made a mark by scoring twice in the opening match against Japan. Rampal played in all five of India's group games at the Olympics and her performance made her the captain of the national team soon after her return from Rio 2016.

Rampal used to watch players practise at the Hockey academy near her house and got inspired by them. Her parents or relatives did not support her when she first expressed the wish to become a hockey player, she said in an interview with Better India.

“My parents come from a humble background and weren’t very educated. They did not think sports could be a career path, not for girls at least. Besides, my relatives would often tell my father, ‘What will she do playing hockey? She will run around the field wearing a short skirt and bring a bad name to your family’.”,she said. However, she was determined and persuaded her parents to give her a chance. “I told them ‘Please mujhe jaane do. If I fail, I’ll do whatever you want.’ My family reluctantly gave in,” she said.

Rampal’s coach, Dronacharya Awardee Sardar Baldev Singh has been her biggest supporter. “He supported and encouraged my hockey dream when nobody else did. From giving me hockey kits to buying shoes, he helped me with everything. When I scored a difficult goal at the academy, he gave me a Rs 10 note. He signed it and wrote, ‘You are the future of India.’ It is one of my most treasured memories. While I did try to save the note as long as I could, our financial state at the time was so poor, I had to use it,” Rani told Better India.

Rampal is considered one of the best women hockey players in the world. She became the ‘Young Player of the Tournament’ after she scored the highest in FIH Women’s Champions Challenge II in 2009 and was also a part of the team that bagged a silver medal at the 2009 Asia Cup.

She was named ‘Young Player of the Tournament’ at the 2010 World Cup and at the 2013 Junior World Cup. She was also a part of the bronze winning team at the 2014 Asian Games.

Under her leadership, the women’s hockey team has also earned a silver medal at the 2018 Asian Games, reached the quarter-final at the 2018 World Cup and finished fourth at the Commonwealth Games. Rampal eventually has guided her team to the Tokyo Olympics

“I hate living with regret,” says the Arjuna and Padma Shri awardee. “I believe in discipline and routines. I believe in hard work because even if I don't reach my goal, I can look at myself in the mirror and say I gave it my all,” she said. 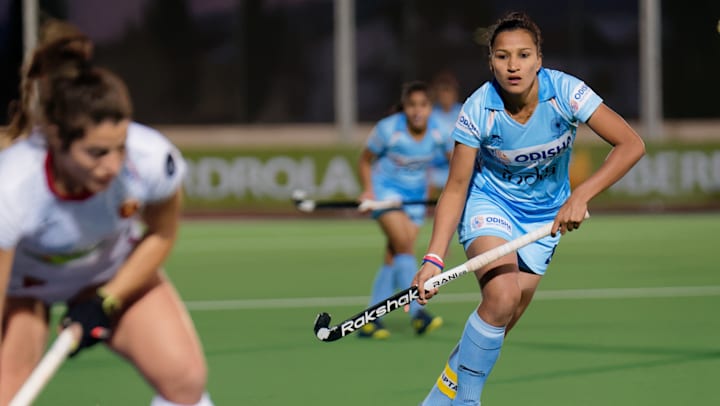