India-England Can Use the Test Series to Iron Out Weaknesses

The best thing to happen in the ongoing Test series between India and England is that the teams are level 1-1 with two matches to be played.

From a cricket connoisseur’s viewpoint nothing better can be anticipated than the teams still having everything to play for. One gets this feeling that it is going to be a really close contest. Both sides have strengths and weaknesses in almost equal measure and the Tests at the Oval and Old Trafford do give them the opportunity to work on these aspects, improve and edge in front.

Two very different results – a win for India by 151 runs at Lord’s followed by a victory for England by an innings and 76 runs at Leeds – emphasize the see saw pattern and makes it difficult to predict the final outcome. It finally could well boil down to the team playing particularly well on a day or holding their nerves better emerging triumphant.

That said there are still problems for both England and India which the team management would want to solve before the next Test which starts on Thursday. England’s batting for example is inconsistent and over dependent on Joe Root. Their total of 432 compiled at Leeds cannot hide the fact that they were dismissed cheaply twice at both Trent Bridge and Lord’s and even though David Malan, Haseeb Hameed and Rory Burns were among the runs at Leeds one shudders what to think the state of the England batting without the inspiring presence of their skipper who is clearly in the form of his life. It is not advisable for a team to depend too much on one batsman to deliver and it is time Jos Buttler and Jonny Bairstow came good befitting their record and reputation.

England can take comfort from their bowling which is their strong point. James Anderson is the marvel of the modern era and at 39 has lost none of the skill and enthusiasm that one first saw in him when he made his Test debut 18 years ago. The support bowling particularly that of Ollie Robinson has been outstanding. The pace attack has given the Indian batsmen no respite with their unerring adherence to line and length while always making the ball do something in the air or off the pitch. And to think that England are playing the series without the services of Jofra Archer, Ben Stokes and Chris Woakes for various reasons with the appearances of Stuart Broad and Mark Wood being restricted through injury.

For India too the problem has been the batting. The much vaunted middle order of Cheteshwar Pujara, Virat Kohli and Ajinkya Rahane has not really clicked leaving too much on the shoulders of openers Rohit Sharma and KL Rahul. No praise can be too high for these two who have handled the skilled and experienced England pace attack showing the essential qualities of technique and patience, determination and concentration. Rishabh Pant too has not been among the runs and perhaps the time has come for the team management to go in for the extra batsman. Kohli might frown upon this tactic but the fact remains that the batting is inconsistent and playing the extra batsman could help even if it is seen as a defensive move.

It has been left to the bowlers to keep the visitors’ hopes alive and full credit to Jasprit Bumrah, Mohammed Shiraj and Mohammed Shami for performing up to expectations. They have relished the helpful conditions, have maintained the pressure and the England batsmen have found their pace and bounce to be disconcerting.

There remains the problem of the spin bowler to lend balance to the attack. Jadeja hasn’t exactly covered himself with glory having bagged just two wickets in 76 overs at 93 apiece. So far he has kept his place because of the cameo performances with the bat. But then Ravichandran Ashwin is as good a bat, if not better and as the country’s No 1 spin bowler has to replace him. In the eyes of many experts the bowler with 413 Test wickets should have been played from the start of the series. No matter, it is never too late to draft him in to lead the spin attack and give it that extra edge. His contribution with the bat will be a bonus. 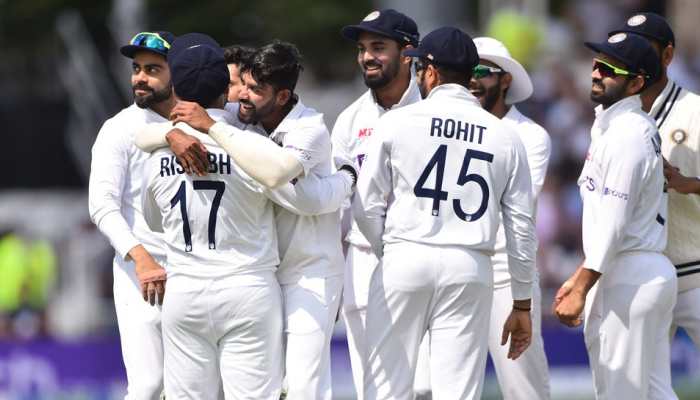