That India came within a wicket of making a clean sweep of the two Test series against New Zealand emphasizes the overwhelming superiority of the home team. The result was of course always on the cards.

On the eve of the contest New Zealand was No 1 and India No 2 in the ICC rankings. But when it comes to a series in India the rankings should be overturned many times such is the dominance of the Indian team at home. And indeed at the end of the second Test at Mumbai the latest rankings have India at No 1 and New Zealand at No 2.

New Zealand may have had their moments but overall there was never any chance of the visitors coming anywhere even winning a Test. The best they could have hoped was to emulate Stephen Fleming’s side in 2003 which drew both Tests. That was a commendable performance against a strong Indian side but that touring squad had some resolute players led by the captain himself.

Kane Williamson’s side without a couple of key players never had any kind of opportunity against an Indian team on the rampage and when the captain withdrew from the second Test because of injury the writing was on the wall and the 372-run victory was par for the course.

It was also a pretty commendable showing by the hosts given the fact that they were without Rohit Sharma, KL Rahul, Rishabh Pant, Jasprit Bumrah and Mohammed Shami for both games while Virat Kohli missed the first Test. Not for the first time the bench strength came good and if the present scenario is encouraging and the future scenario looks even more so it is because of this factor.

There are a number of young talented cricketers waiting to get in all three formats and not even the most established of stars can take his place for granted.

That said the victory was shaped not only by the youngsters but also by the regulars. And nothing symbolized this more than the performance of Ravichandran Ashwin. It is very clear now that he is an all time Indian cricketing great and while it is his crafty spin bowling that has caught everyone’s eye even as his mastery over left handers is the subject of intense analysis it must be said that he takes his place among the greats not only as a bowler but a genuine all rounder.

Indian cricket has been fortunate in having two really world class all rounders in Vinoo Mankad and Kapil Dev. The list is now a trio with the inclusion of Ashwin. While he has taken over five wickets a Test towards his tally of 427 in 81 matches – this stat would have been remarkable for a specialist bowler – he has also got five hundreds and has notched up the quintessential all rounder’s feat of a century and a five wickets in an innings three times. Only Ian Botham who has done it five times is ahead of him. It is only his mesmeric bowling skills that are camouflaging his feats with the bat.

Ashwin’s dominant role covered up for the non-performance of a few other seniors who have come increasingly under the scanner. Of course the batting of Shreyas Iyer and Mayank Agarwal was a most encouraging factor and indeed the selectors have a problem of plenty when they meet to pick the squad for the tour of South Africa. Coach Rahul Dravid has termed it as a ''good selection headache’’ for them to have. Now it is up to them to pick a balanced squad with no room for sentiment.

With so many deserving young candidates around the Chetan Sharma led selection committee should wield the axe without fear or favour and in this regard even as Cheteshwar Pujara and Ajinkya Rahane come increasingly under the scanner one has to also ask the question: has the last been heard of Ishant Sharma? At 33 and with 14 years of international cricket behind him he has had his ups and downs but has served Indian cricket admirably.

However everyone has a shelf life and with a plethora of established and promising pacemen around allied to his own lack of form he might well have played his last Test at Kanpur.

Having regained the No 1 spot in the ICC Test rankings the Indians will fly to South Africa in a confident frame of mind. Never having won a Test series in South Africa – the only country where India have never done so - this represents ''The Final Frontier’’ for Virat Kohli and his boys.

India have made several trips since that historic tour in 1992 but the best they have managed is a shared contest in 2010-11. Given the problems that South Africa are facing cemented by their current ranking of No 6 this would appear to be India’s best chance to return home triumphant. 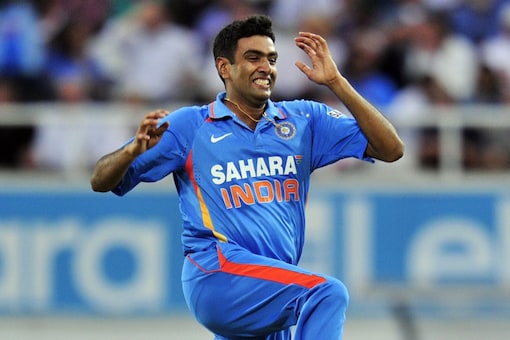