All is not well with South African cricket administration

Nothing symbolizes the greatness of the unfancied South African team’s triumph over favourites India than the fact that there was not even one three-figure score notched up by the home team in the three Tests. There were just seven half centuries with Dean Elgar’s unbeaten 96 in the second Test being the highest.

Yes, this was a triumph for teamwork in the truest possible sense with a team seemingly short of quality players rising to the occasion to get the better of a visiting side with players of proven skill and high on experience. This was with good reason reckoned to be India’s best chance to cross the Final Frontier and win a Test series in South Africa for the first time. India were ranked No 1 and South Africa No 6.

All was not well with the South African cricket administration and the quota system had taken its toll on the team. Moreover, over the last three years South Africa had lost the services of Dale Steyn, Morne Morkel, Vernon Philander, Faf du Plessis, AB de Villiers and Hashim Amla. Such players cannot be replaced overnight and South Africa have just commenced a transition phase wherein the new players are still feeling their way around. But the manner in which they shouldered the responsibility against a quality pace attack on bouncy tracks is a tribute to their young batting line-up.

The largely untested bowlers too had the Indian batting on a tight leash and Dean Elgar rightly was fulsome in his praise of his inexperienced side which played far above their level to pull off a remarkable victory.

Just two years ago South Africa with some of the great players listed above still in their ranks had lost a four-Test series at home to England 3-1. India on the other hand had registered successive victories in Australia and to all intents and purposes won the series in England last year. There were brimming with confidence on the eve of the just concluded contest.

The batting line-up led by Virat Kohli was experienced and the pace attack so very important on South African surfaces was arguably the best in the contemporary game. It was a combination that spelled success and the template seemed to have been set when they won the first Test by 113 runs conquering the fortress that was Centurion.

At this stage Quinton de Kock one of the stalwarts of the South African side for nearly a decade suddenly announced his retirement throwing the already beleaguered home side into disarray. When the teams assembled at Johannesburg for the second Test things looked rosy for the visitors who had the proud record of never having lost a Test at the Wanderers.

But then commenced a glorious fightback that won the hearts of the cricket fans as it was scripted by the underdogs. Performing in unison admirably the batting and bowling were equally responsible as South Africa registered successive seven wicket victories to emerge triumphant.

No one symbolized the determination of the young South African side better than Keegan Petersen. When the series started he had an average of just under 15 after three innings and seemed a misfit at the pivotal No 3 slot. Even as he scored just 15 and 17 at Centurion he impressed with his impeccable technique and unflappable temperament.

And in the remaining two games he proved to be the immovable object as with successive scores of 62, 28, 72 and 82 he did the most to shape the incredible series victory confirmation of this being the man of the series award. Now after five Tests his average is 35.55 and this is bound to go up by leaps and bounds in future. If Elgar is the elder statesman Petersen is the leader of this GenNext of South African players.

Also coming good were Elgar and Temba Bavuma who excelled in the challenging conditions where batting was never easy. And as only to be expected the South African pace trio of Kagiso Rabada, Lungi Ngidi and new boy Marco Jansen who made up for Duanne Olivier being a bit lacklustre didn’t make life easy for the Indians.

For their part the visitors’ pace attack came up trumps. Shardul Thakur, Jasprit Bumrah and Mohammed Shami matched the South Africans in pace and hostility but ultimately it was the inept batting that cost the Indians the series. The inability of Cheteswar Pujara, Ajinkya Rahane and Mayank Agarwal to be among the runs meant that there was a gaping hole which could not be filled adequately despite KL Rahul and Rishabh Pant getting hundreds.

Kohli’s struggles with the bat – though his first innings knock of 79 at Cape Town was a masterpiece in defensive technique – meant that the team was always going to be short of runs and this proved to be the vital factor in the final analysis.

The Indian bench strength is strong and there is no need to persist with players who do not perform. 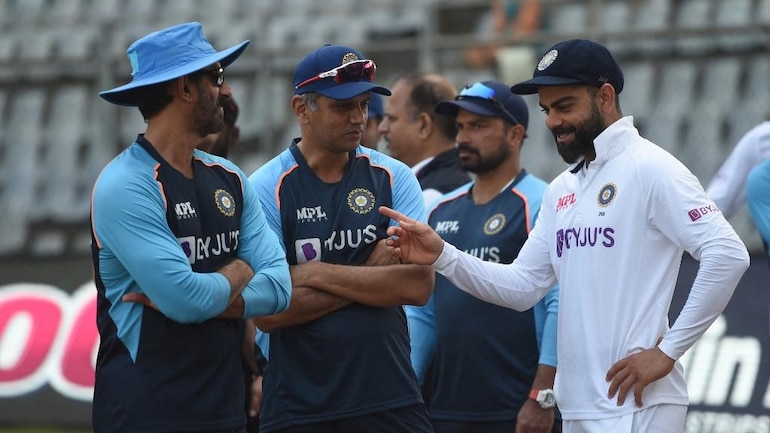