When Danish Farooq Bhat 25, a star footballer from Kashmir returns to his home from practice camp, all the budding footballers from adjoining areas start to pay a visit to his home, where Danish shares his football experience with them and motivates them about the challenges and hardships in becoming a professional footballer.

Mohammad Rafiq, 23 a young footballer from Srinagar tells the Citizen that if Danish can bring home laurels for Kashmir why can’t a footballer like me?

He says Danish’s debut in the Indian football team has inspired thousands of young footballers in the valley.

Currently the top football star of Kashmir, 25 year old Danish was inspired by his father Farooq Ahmad, who was also a professional footballer two decades before him. Ahmad represented Jammu and Kashmir in the Santosh Trophy and also played for Kolkata giant Mohammedan Sporting.

Recently when he saw his name listed for the 38 member Indian national team camp for the friendlies against Bahrain and Belarus, initially, it was hard to believe.

“Although I had high expectations, seeing the expectations turning into reality is something which I can’t explain in words,” says Danish.

At the start of his career he played for a local team, Chinar Valley. Later he joined the J&K Bank Football Academy at the age of 13, becoming captain of the team. “Apart from education, I had so much interest in football, and being a student the enthusiasm was such that I would not even skip it due to snow, and used to practice for an hour daily.”

Playing for J&K Bank he earned a huge reputation and in 2015 joined Lone Star Kashmir, representing them in the 2015-16 I-League 2nd Division season.

Then in the second half of 2016 Danish joined Real Kashmir and became the highest goal-scorer for the team in the 2017-18 season. There he was known as ‘Apna Danish’ and ‘Kashmir’s Ronaldo’ after his splendid performance helped his team finish third in the 2018-19 I-League.

In 2021 he joined Indian Super League club in Bengaluru on a two-year deal and on 24 November made his ISL debut as a substitute for Jayesh Rane in a 3–1 loss against Odisha. Danish scored his first-ever ISL goal in a 3–3 draw against ATK Mohun Bagan.

Playing for Bengaluru FC this season in the Indian Super League he impressed the Indian national football team coach with his all-round performance, which is considered the main reason he was included in the national team camp. The 38-member squad was named by Coach Igor Stimac. Talking to the Citizen, Danish said that given the inadequate infrastructure in the valley it was a bit of a challenge to notch up this achievement. “No doubt football activities are going up, but the administration should take steps to develop infrastructure… Now the good sign is that many parents are showing great interest in football activities, they are enrolling their children in different football academies.”

Asked about professional coaching in Kashmir, he says that as the number of footballers is increasing day by day there should be more coaches who can produce result-oriented players in future.

Danish advises the budding footballers of Kashmir that if he can play for team India why not others. “But the need of the hour is the infrastructure should be maintained and developed, more and more coaching centers should be opened.”

Another footballer Arif Nasir, 21, says that despite poor infrastructure in sports activities many young footballers seem to be enthusiastic after Danish debut. He says Danish was quite impressive in assisting the defence when needed, and by his performance he impressed one and all.

In the 17 ISL matches he played, Danish scored three goals and had two assists. He was a regular in the starting XI of the club. “Right now we all following the strategic tips that he executes during matches,” says Arif.

“It is a proud moment for the fraternity of footballers and JKFA that a player of J&K has made its place in one of the top teams of the country. We wish Danish and Bengaluru FC the best of luck in their future endeavors,” the JKFA said in a statement. The NIFF said it was a proud moment for all football lovers of Kashmir Valley. Initiatives are being taken to develop the football sports activities in the entire Jammu and Kashmir. The sports council of Jammu and Kashmir has been on its feet for years to make the infrastructure worthy of the players.

Professor BA Shah, general secretary of the Football Association of Kashmir, told The Citizen that Danish’s achievement in Indian national football is an eye-opener for young footballers for Kashmir.

He said that the son of the soil Danish had proven his mettle and set an unprecedented example for all. “The players are coming forward now. It is a matter of joy and inspiration for all.”

After his call up for the All India Football Federation (AIFF) camp, Danish also made it to the national team, playing in the friendlies against Belarus and Bahrain. Danish’s name figured in the final list of 25 players of Team India released by the AIFF.

Danish emphasised that Kashmir has great talent as compared to other states of India, but the concerned management should give them opportunities and explore their hidden talent.

He said he had achieved his debut by going through many trials and tribulations, and the government should improve the infrastructure as soon as possible. “There is cutthroat competition with outside players as well. And since youths are taking part in football sports activities, the need of the hour is to encourage them.” 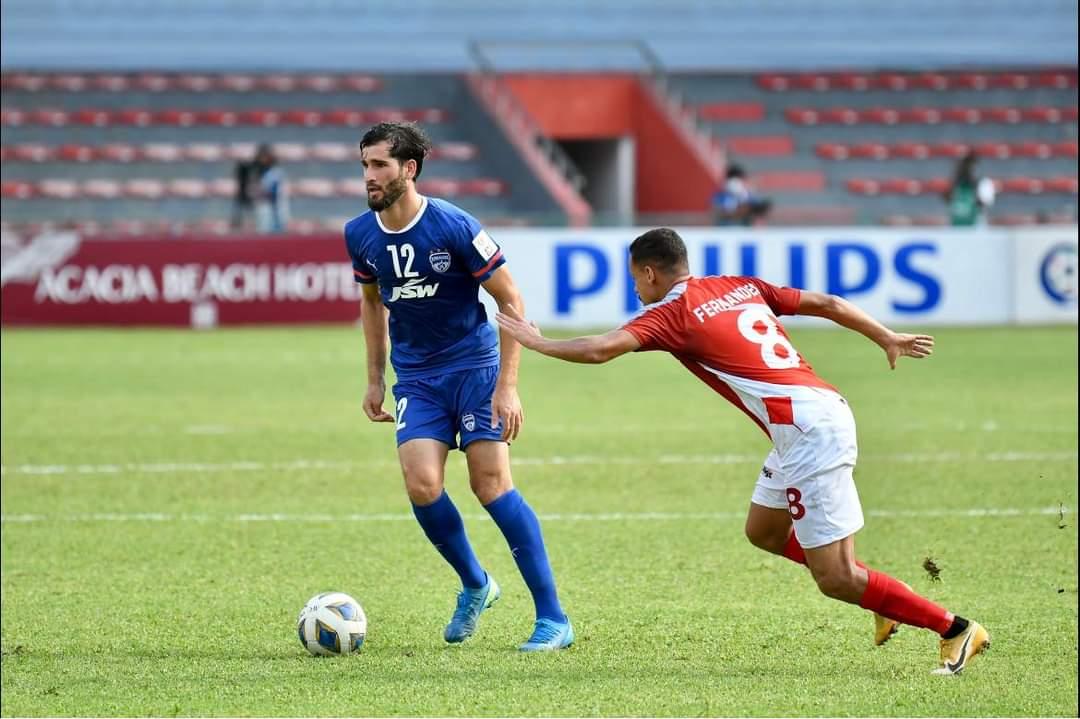