Max Pulls One Back from Ferrari at Imola

Ferrari have put themselves back in the spotlight

The 60,000 strong tifosi were left dazed and confused after what turned into a chaotic race for the home team at the Emilia Romagna Grand Prix. After establishing himself early as the season’s championship contender, Charles Leclerc was forced to eat humble pie as an overly ambitious move lost him, and Ferrari, an opportunity to peg back further a more clinically dominant Max Verstappen and Red Bull.

Big questions will be asked of Ferrari, as Leclerc was fortunate in the end to collect eight points past the finish line, after an avaricious move nearly put paid to the afternoon’s toil. Even as Mattia Binotto, the principal at Scuderia Ferrari, would have been breathing easy for the first time since taking over, Ferrari have put themselves back in the spotlight, this time for the wrong reasons.

It could be argued as to whose decision it was to pit Leclerc with less than 15 laps to the finish. It will be asked whether that decision aimed at going for the one additional point that would accrue to the driver with the fastest lap was right. Leclerc could have quietly acquired double the number of points he eventually ended up with by simply tailgating Verstappen’s team mate, Sergio Perez, whose place was anyway coming under pressure from Leclerc towards the end of the race.

Who was in charge? Or was anybody, as in the last race when Leclerc, despite having a decisive lead to the finish line, wanted to rev up for another go at the fastest lap? Could better sense not have prevailed, like the last time when a saner voice advised over the radio for Leclerc to keep it steady to the chequered flag?

The change of tires on the unanticipated pit stop at the 50th of 63 laps had the desired effect, in that Red Bull followed suit. But Ferrari’s miscalculations and Leclerc’s “greed” as he himself termed it, got the better of him and became their Waterloo moment.

Chasing down Perez, Leclerc’s car literally jumped in the air after hitting the curb and then lost control under him, spinning him almost out of contention. Fortune prevailed as Leclerc managed to get his car back on track after hitting the gravel. But by then the current leader on the drivers championship board had lost nearly half a dozen places and had to settle for scrutiny instead of glory.

Was that extra one point worth it for the driver who had put himself head and shoulders above the defending champion so early into the season?

The Emilia Romagna Grand Prix at Imola may just go down in Formula 1 history as the race that turned the championship on its head. Nobody is more aware of how crucial the potential loss of eight points could be in the end than the Monegasque driver who seemed shocked and dismayed, stating that he was “disappointed in himself” but also that lessons would be learnt.

There were signs that Ferrari were feeling the pressure as for the first time in 2022, Red Bull emerged stronger than they had previously evinced, forcing Ferrari to come up with some answers as Leclerc did, punching hard and early in the sprint race to steal the top spot from Verstappen.

Order was restored as far as Verstappen was concerned when he overtook Leclerc on the penultimate lap of the sprint race after seemingly pacing himself and the car. And also, more importantly, in the course of the main race where he led from start to finish, virtually unchallenged.

The weekend’s aftermath involved moments of alacrity that Ferrari will be forced to ruminate on. If there was little for Carlos Sainz to cheer on a weekend where it was announced that his deal with Ferrari had been extended by two years. Charles Leclerc was tearing his hair out and Ferrari was left wondering if they had played a bigger role than they would have liked in giving Red Bull a new lease of life.

After all, Verstappen needed this victory. This will now even the scales in his own garage with two did-not-finish results and two wins. For the defending champion to call upon the reliability issues as “unacceptable” after the last race, this victory, particularly at Imola which is Ferrari’s turf, would have not only breathed new life into the championship but also boosted their morale significantly.

An action packed weekend, that included the first of three sprint races for Formula 1’s 2022 season, saw Verstappen cut Leclerc’s significant lead of 40 points in the world drivers’ championship to 27 points. This, after he picked up the maximum allotment of 26 points, that included eight for finishing first in the sprint race on Saturday ahead of the main race at the Autodromo Enzo e Dino Ferrari, and then finished the race on the top of the podium and the extra point for the fastest lap under his belt.

It was an unexpected reversal of fortune as Leclerc proved strong during the sprint race, overtaking Verstappen who started on pole, and dominated for much of the 21-lap race on Saturday. It was only the wear and tear on Leclerc’s tyres and better car management on Verstappen’s part that saw the Dutchman close in Leclerc towards the end of the race and eventually overtake him on the penultimate lap to regain control and finish Saturday’s sprint race on top.

However, Verstappen barely put a foot wrong as did his team mate, Sergio Perez in the course of the main race, as Red Bull began to pull away from the rest of the pack, all but Leclerc. This makes the disastrous finish more painful with little consolation in the fact that it could have ended even worse, with both Ferraris failing to finish after Carlos Sainz was forced out of the race on the first lap after contact with McLaren’s Daniel Ricciardo.

Sainz’ weekend quickly came to an end for a second race in a row after a driver error during qualifying put him behind. And an unfortunate contact with McLaren’s Daniel Ricciardo on the first lap of the race saw his Ferrari spin onto the gravel from which there would be no recovery.

Left alone to pull back the Red Bull surge, Leclerc kept up a close third for much of the race, barely having to even negotiate Ricciardo’s team mate Lando Norris, for the final podium spot.

Waiting for rain and a potential safety car that never came, it was a case of which car and team would bite the bullet and pit first. Once the gates opened close to the 20th lap, the flurry of pit stops seemingly paid off as most cars managed to stay on track, as opposed to sliding towards the end of their first stint, giving race fans some steady progression through the middle laps. Leclerc himself seemed to be slowly gaining ground on Perez who was increasingly coming under pressure perilously close to the chequered flag.

Far from the teeming action and trying to stay out of trouble all weekend, Lewis Hamilton could barely make a dent on this season's fortunes for him at Mercedes. “Rescue” was a word he described after qualifying before seemingly having a heated discussion with team principal Toto Wolff after barely making it into Q2. His weekend would stay in the deep end, the morale clearly suffering as evidenced by how Toto Wolff came over the pit radio at the end of the race to call it “undrivable”.

However, his apology and the question of “deserving better” as communicated to Hamilton drew ire from some fans from the Mercedes corner itself, about the team principal undermining the job done by Hamilton’s much younger team mate, George Russell, who did finish in the top five despite similar challenges to both set ups.

Unfortunately, as much as Leclerc will have the eyes of the world peeling at the misadventure that happened ten laps to the finish, Hamilton’s hunger will be questioned. Particularly after it was stated that the champion was sulking and contemplating retirement when Verstappen won the thriller in Abu Dhabi to seal his first world drivers championship. As will Mercedes’ effectiveness as a superior car that aided his championship in the past.

The seven-time champion spent much of the Italian afternoon staring at the back of Pierre Gasly’s Alpha Tauri chassis, finishing in a doleful 14th position that encapsulated Mercedes’s stalemate in 2022 although it is still only 4 races out of a present 22 race season.

Twentysix points for Verstappen. Only eight points for Leclerc who finished disappointingly in sixth place. Verstappen leapfrogs in the world drivers championship from a lowly sixth place to second, behind the Monégasque rival, although Leclerc still has 26 points in the lead. One more race weekend like this and it will be wheel-to-wheel on the leaderboard as well. This race was not even close in that regard of insatiable rivalry that these two have treated motorsport spectators to in 2022.

Was the additional one point worth the gamble? That question will haunt Ferrari and Leclerc while Red Bull breathes easy after the first race in Scuderia Ferrari’s backyard. 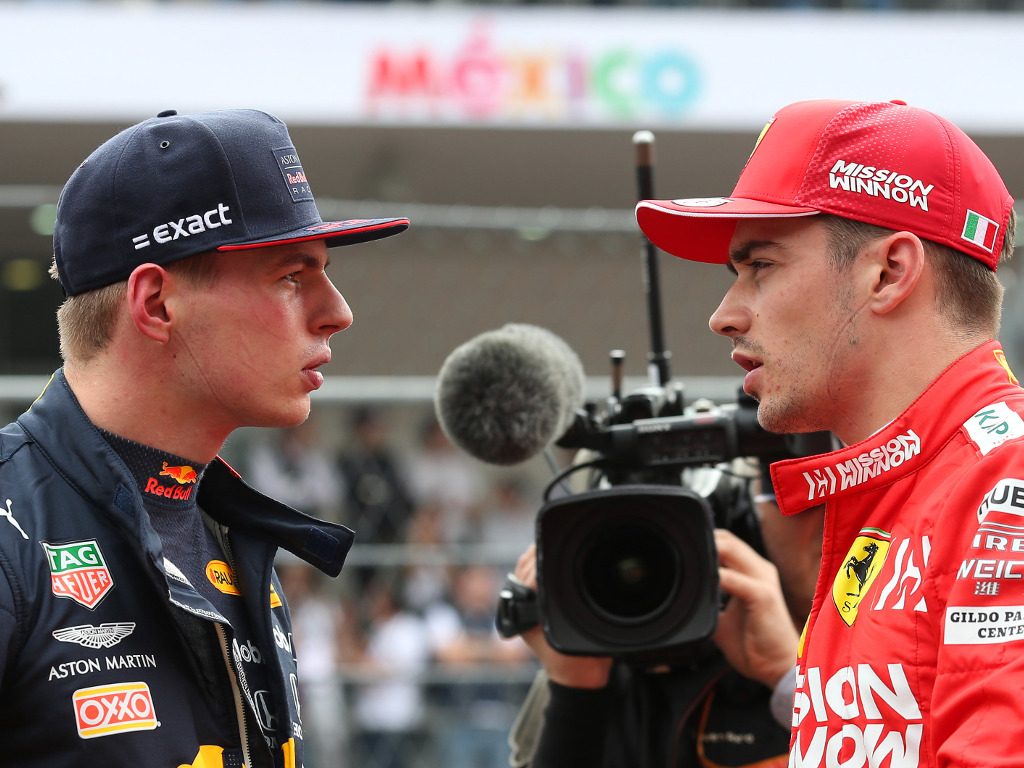