ALIPURDUAR, WEST BENGAL: On January 24, Akash Oraon, a 15 year old tribal boy was attacked by a leopard in the Tulshipara tea garden, located in the Alipurduar district of West Bengal. He was rushed to Birpara General Hospital; luckily, he survived with multiple injuries to his neck.

This is the sixth leopard attack in the area since October 13 last year. Three children have been killed. The increasing attacks represent a competition over habitat, with animals being crowded out as humans move into the few remaining forest areas. In West Bengal’s Alipurduar district, decreasing forest cover has forced leopards into other green spaces -- specifically tea garden estates. 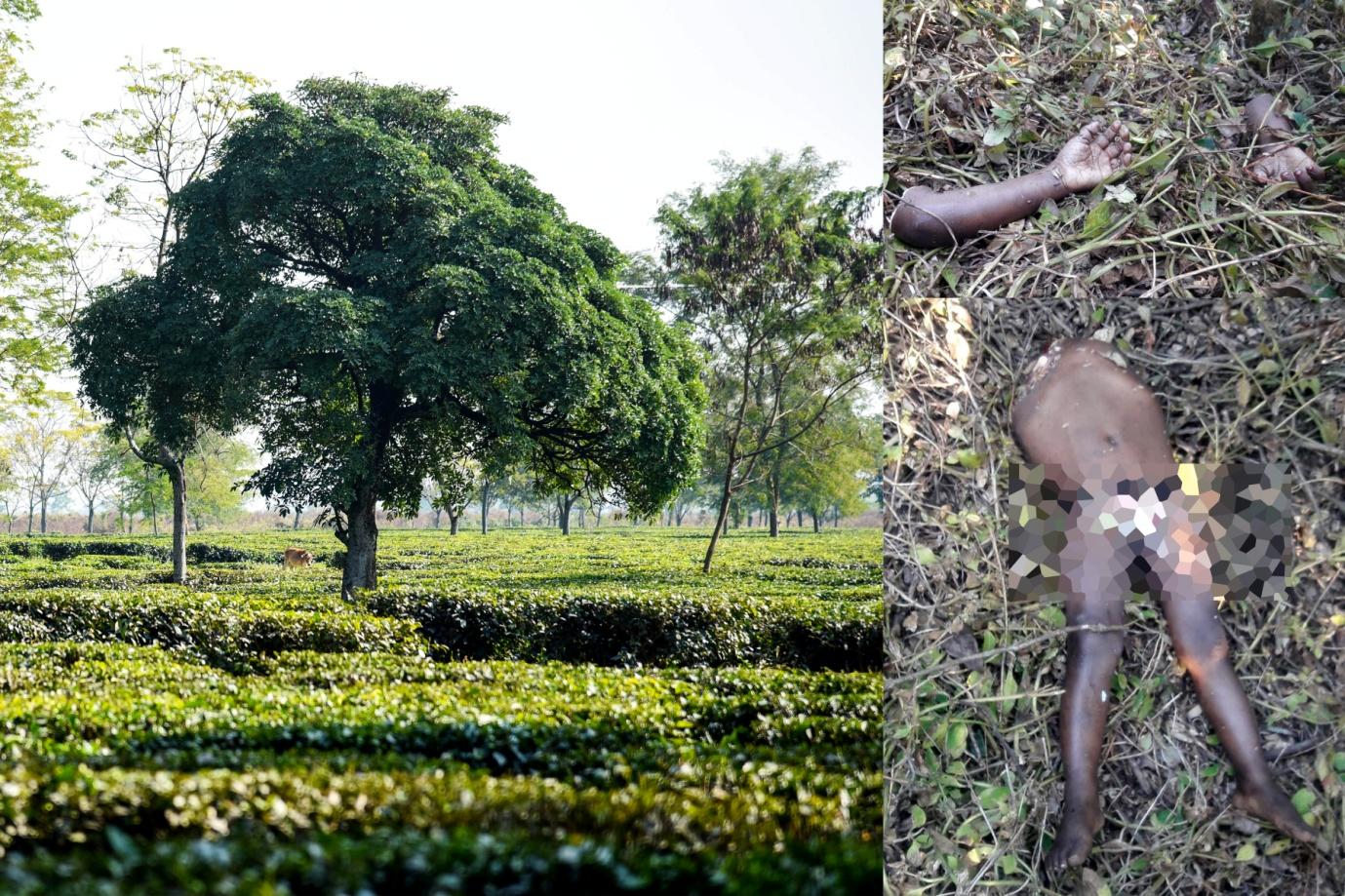 On January 16, a leopard killed a three year old girl, Pranita Oraon, in the Garganda tea garden in the Alipurduar district. Pranita’s mother was cooking outside their quarter as the leopard crossed a fence and entered their premises and snatched the girl.

The next morning, the girl’s body was found three kilometres away from their quarter. Her head and four limbs were torn off; the pictures went viral on social media. Tensions escalated at tea estates as tea garden workers prevented police from taking away the body.

On December 23, another child was attacked and killed by a leopard at Ramjhora Tea Garden in Alipurduar district. The incident took place around 10:30 am. Eight year old Anish Oraon was playing in the garden of the quarters at the Ramjhora factory line. He was dragged into the tea bushes by a leopard. His mother, Sushma, found his dead body. Anish’s father Ram Oraon, a migrant worker from Kerala, says that, “we know that leopards live in the tea bushes but we’d never heard of leopards hunting humans.” 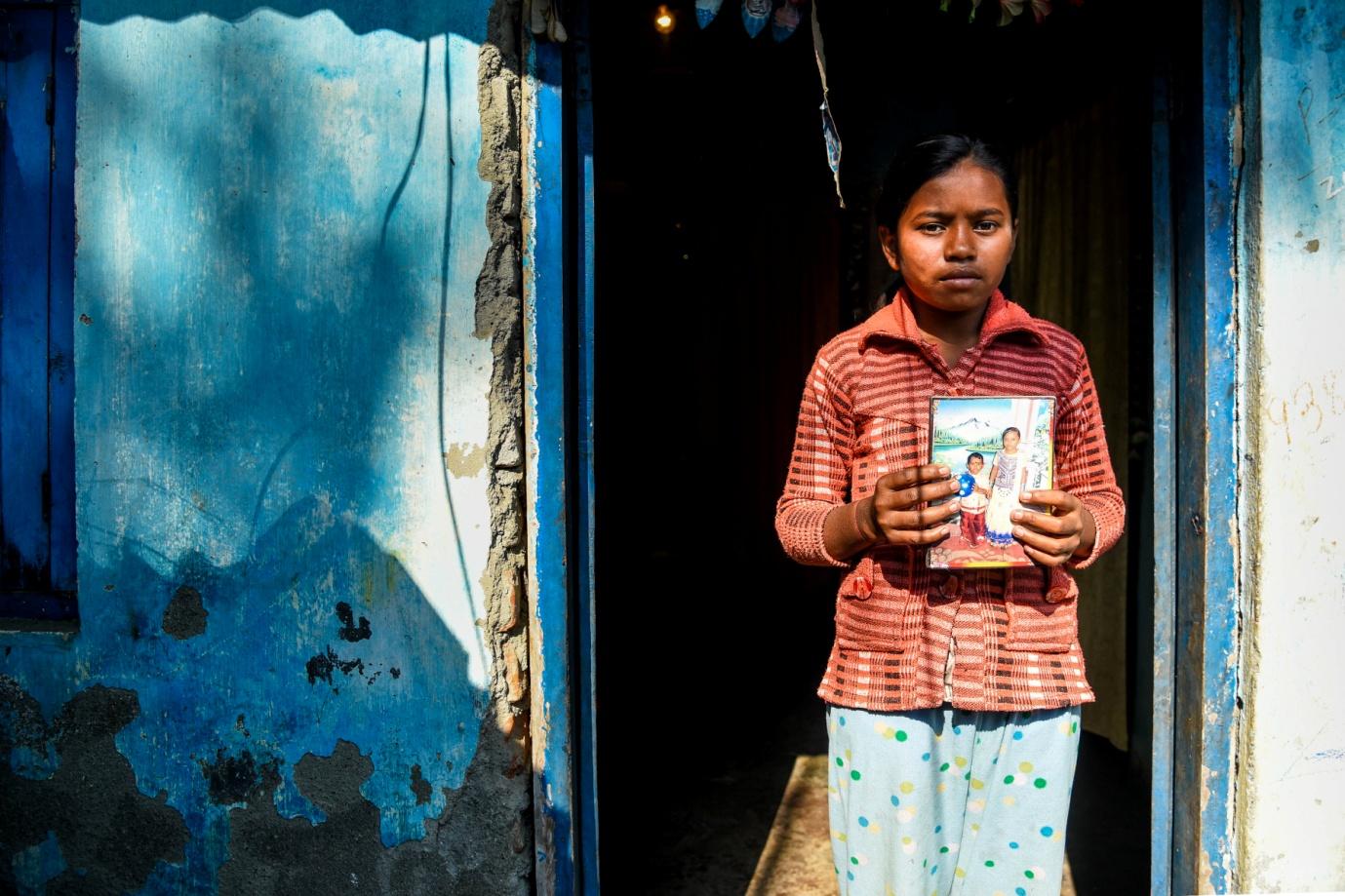 Anisha, elder sister of the eight year old Anish who was killed by leopard at Ramjhora tea garden in Alipurduar district of West Bengal. 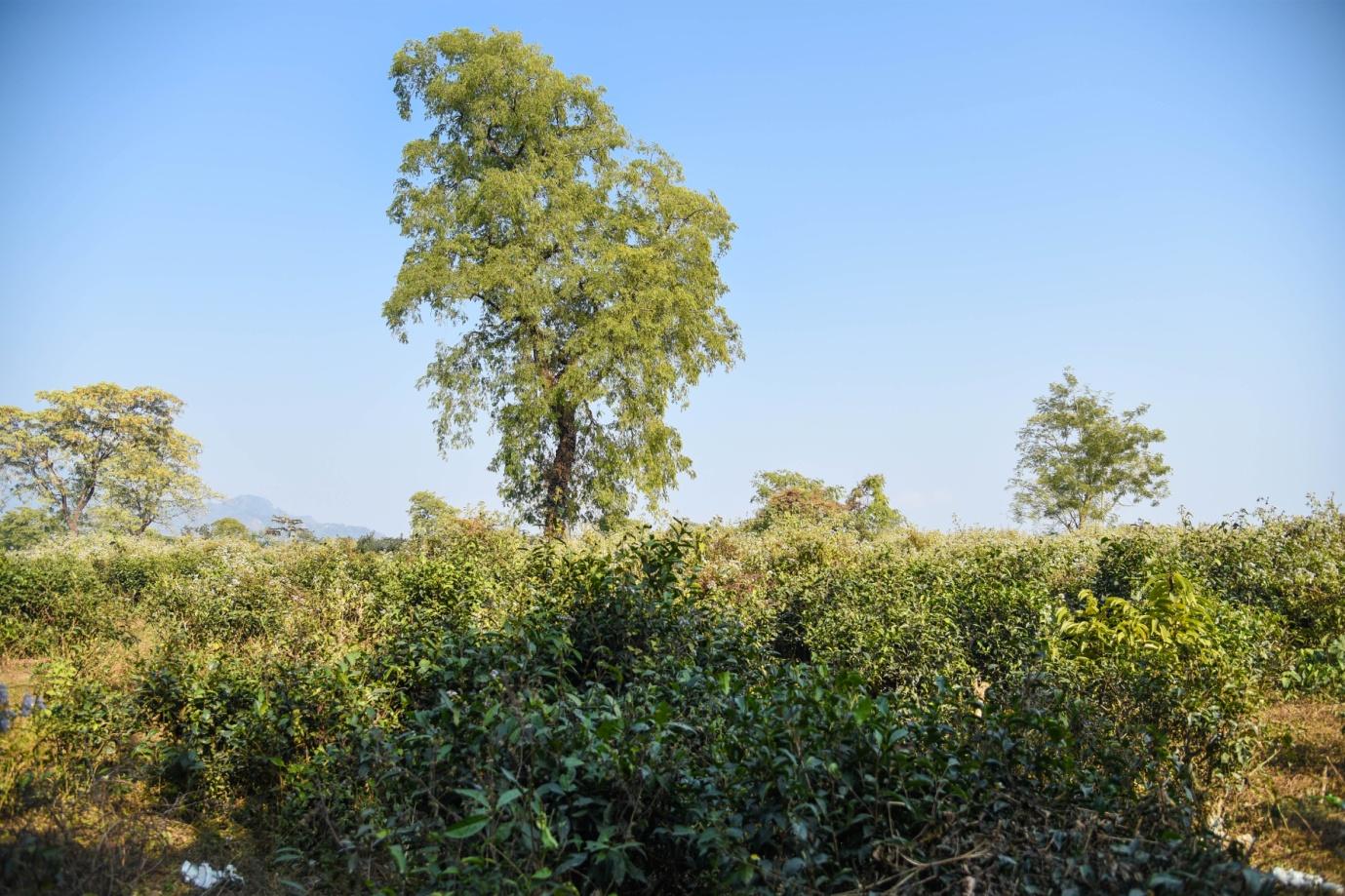 The scenery at the now closed Dumchipara tea garden where five year old Eden Nayak’s body was recovered. He was killed by a leopard.

On December 12 another five year old boy, Eden Nayak, was killed by a leopard at Dumchipara tea garden. According to his best friend, Dinesh, “we were playing when around 3 pm a leopard suddenly attacked Eden. We were shouting but the leopard dragged him into the bushes.”

The incident terrified the family. Eden’s father Kunal Nayak says, “Few years ago these leopards started taking our chickens, cows, goats ... Leopards have started attacking our children but nobody is taking these attacks seriously.” 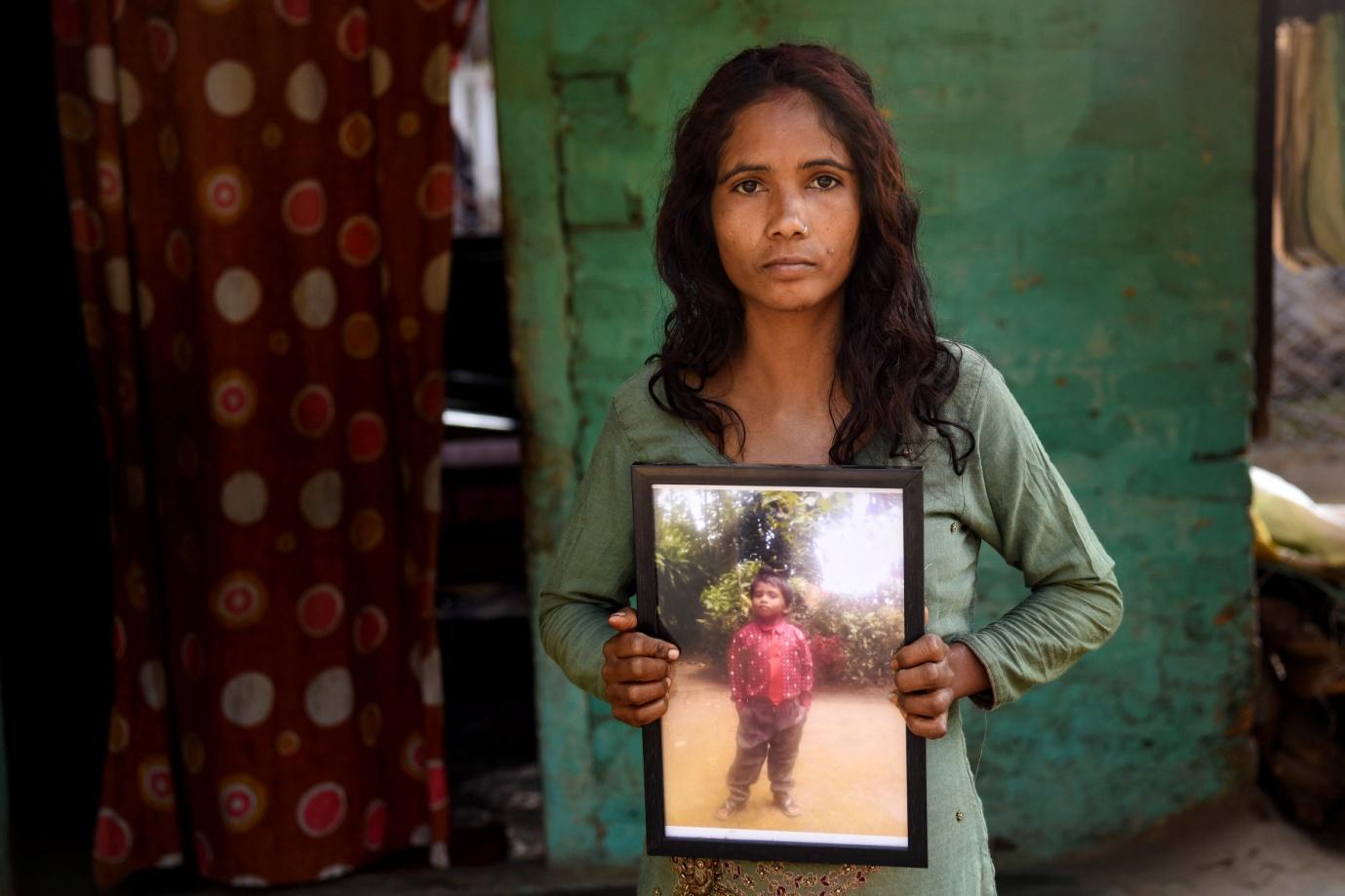 On December 17, Burdram Majhi, a 73 year old retiree at the Dumchipara tea garden, saw a leopard in his courtyard at mid night. He locked himself inside. Several hours later, around 4 am - thinking the leopard had left by now - he unlocked the door and ventured out. He says that as soon as he stepped out, the leopard pounced on him. “I was shouting, trying to get the attention of neighbours but no one could hear me as it was too early in the morning and everyone was fast asleep. Finally, my wife managed to hit the leopard with a stick and it ran away.”

Burdram was rushed to Birpara hospital. Forest officials visited him and advised him “not to go out at night”. He was admitted for one week and still goes to the hospital once a week for a medical check up. 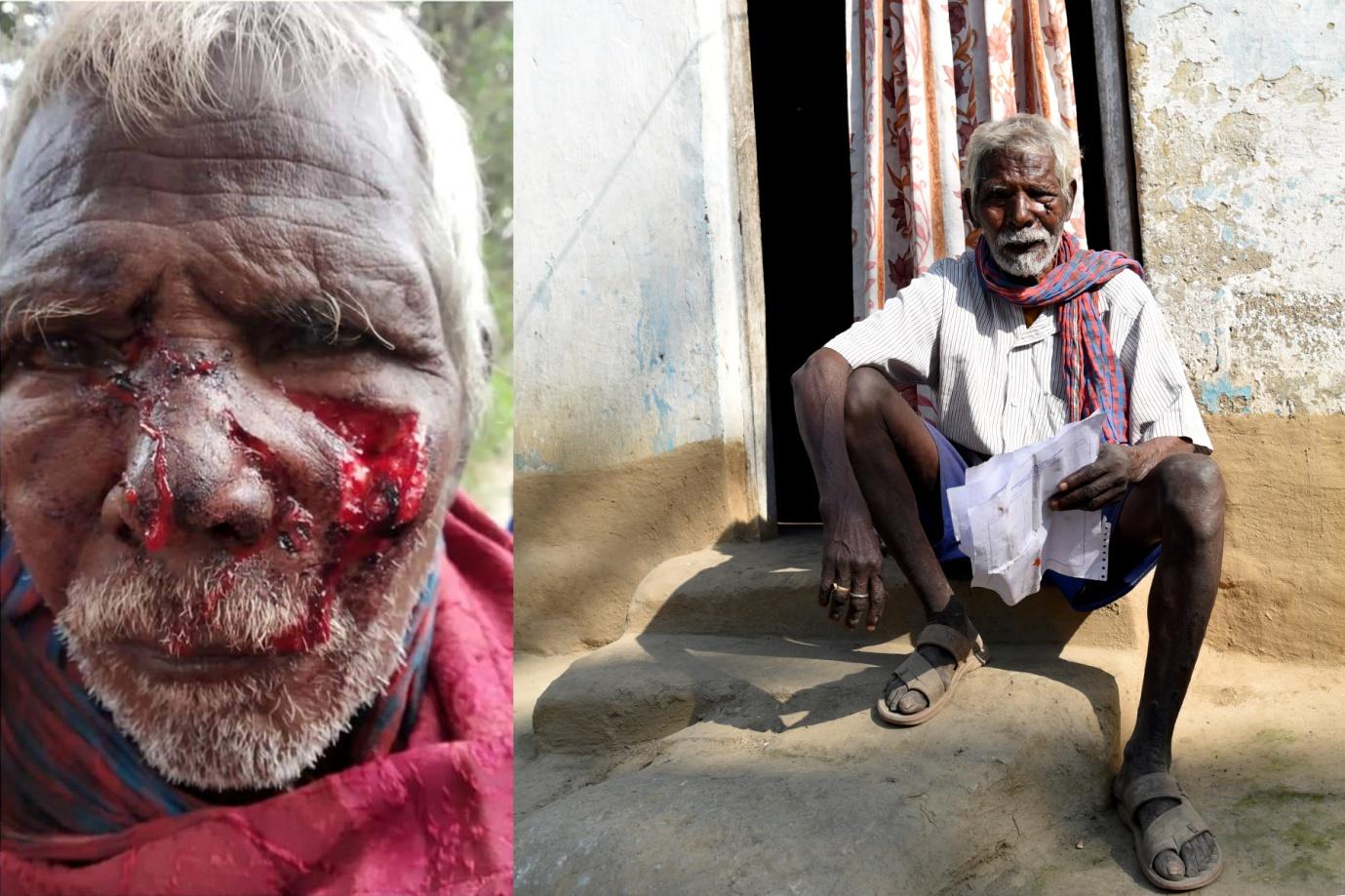 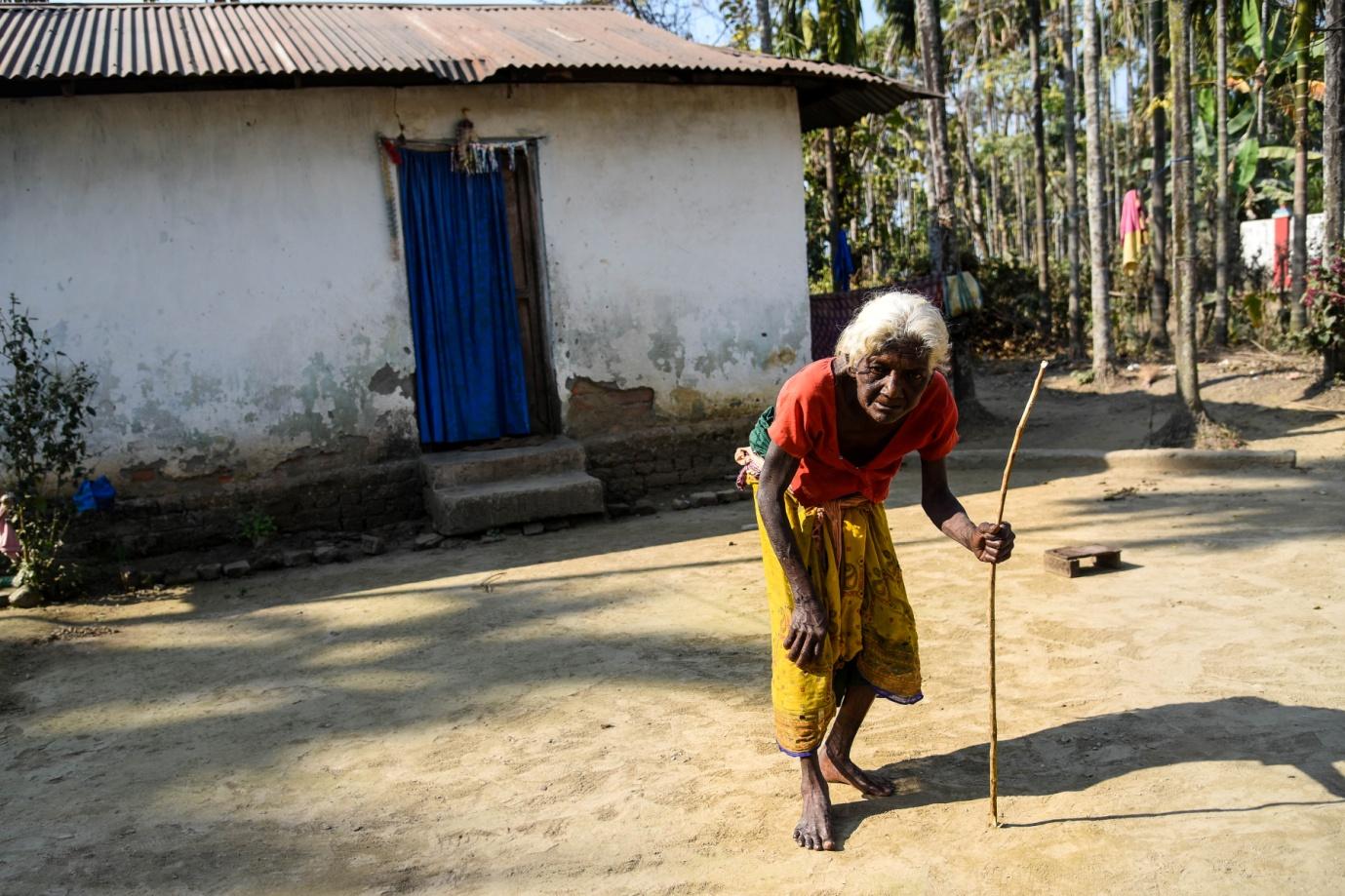 The villagers say they are suffering, as the forest department can’t take responsibility for land that belongs to tea garden companies.

Akriti Chetri is another survivor of a leopard attack. She’s a six year old girl who was dragged into the bushes on October 13. She was on her was to private tution classes held within the Dumchipara tea garden. Her mother Purnima says, “My husband witnessed the attack and hit the leopard with a piece of wood. He managed to save our daughter.” Akriti survived with injury on her neck.

Locals have repeatedly complained of increasing animal attacks in the area. Villagers allege that the officials of the forest department are not sensitive to the attacks.

In three recent cases the forest department handed over a check of Rs 2 lakh to the family of children attacked, and assured them that they will get an additional Rs 2 lakh compensation after the district magistrate’s approval. The Government of West Bengal revised the compensation scheme recently, instructing the forest department to pay an amount of Rs 4 lakh to victim’s family in case of death by an animal attack and Rs 2 lakh for attacks leading to disabilities .

Additionally, there are provisions of free medical treatment but villagers allege that in reality, this is rarely provided. Rustam Rai, a villager in Dumchipara tea garden, says that leopard attacks are regularly reported but the forest department rarely takes note.

The attacks are a result of limited forest cover, with desperate animals forced to venture out. As the tea estates provide green cover, the villagers living within are most at risk.

In addition to leopard attacks, elephant attacks are also reported in the area. Villagers say elephants come from the nearby Jaldapara forest to these villages as there is limited space in jungle. On January 19, an elephant attack was reported at Dumchipara.

Kumar Gurung was attacked by an elephant at Dumchipara tea garden.

Villagers say that the forest department doesn’t take adequate responsibility, as the tea gardens are located on land belonging to private companies. Most of the tea companies in the Dooars region are closed or not in a position to compensate victims.

Referring to the repeated leopard attacks in the tea gardens chief conservator of forest, wildlife (North), Government of West Bengal Ujjal Ghosh told Hindustan Times, “The leopard population is increasing fast in the area. The gardens that belonged to the Duncan Group have been closed for years and have been overrun by bushes making the area a safe haven for leopards.”

(Left) A leopard was rescued by forest department earlier this month and sent to Khayerbari Wildlife Rescue Centre in North Bengal. (Right) A leopard was found killed at Ramjhora tea garden.

It is estimated that more than 4,000 leopards inhabit the districts of North Bengal and 283 tea gardens are located in this area (Darjeeling, Alipurduar, Jalpaiguri district).

As conservation efforts see an increase in the leopard population in the area, it creates another habitational problem -- one where villagers feel threatened and turn hostile. Two leopards were killed in the Ramjhora tea garden by villagers in December. Another two were trapped by villagers, and rescued and relocated by the forest department.

(Tanmoy Bhaduri is a Kolkata based independent photojournalist and writer who focuses on social, cultural and environmental issues)