Under Pressure, Dalit Farmers in Himachal to March their Animals to Common Grazing Lands

'Why should it always be us to give up our rights?'

DATELINE: An assault on a Dalit woman, her daughters and a woman family elder who tried to save them from a group of upper castes in a village near Kasauli in Himachal Pradesh, is slowly snowballing into a major movement of the marginalized section of the society in the area. This movement has two facets – the continuing caste atrocities against Dalits, and common community rights over resources.

It was on January 25 that a group of upper castes attacked Sushma Devi and her daughters as they were taking their cattle to the common grazing land of Chaubecha village. They allegedly used casteist slurs against them, and beat up the woman and girls with stones and sticks. They also attacked a family elder, Hema Devi, who rushed to save them on hearing their cries. 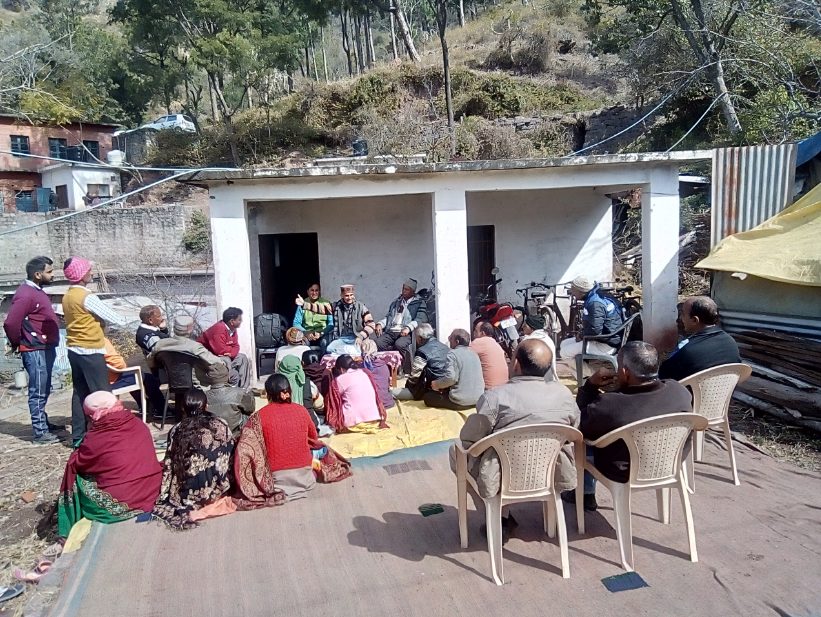 Dalits in the area allege that the attack was the culmination of the dominance of some of the upper castes, who are trying to deprive them of the grazing rights of their cattle on common forest land, claiming it as their property. The Dalits have now given a call for a ‘Pashu Charao Abhiyan’ (Animal Grazing Movement) on February 24, when as a token of protest a large number of people from the entire area including women and children would collectively take their animals on the common land for grazing. The aim is to send a message across to the entire state.

Ironically these developments have been taking place in the constituency of the state’s social justice and empowerment minister, Rajiv Saizal.

The call was given at a meeting held in Chaubecha, in Rori Panchayat, where some social activists had mobilized the marginalized residents of the village who are seething with anger to discuss the matter. This reporter was an eyewitness to developments at the meeting which pointed to several unreported facets of the continuing marginalization of the people in this area. 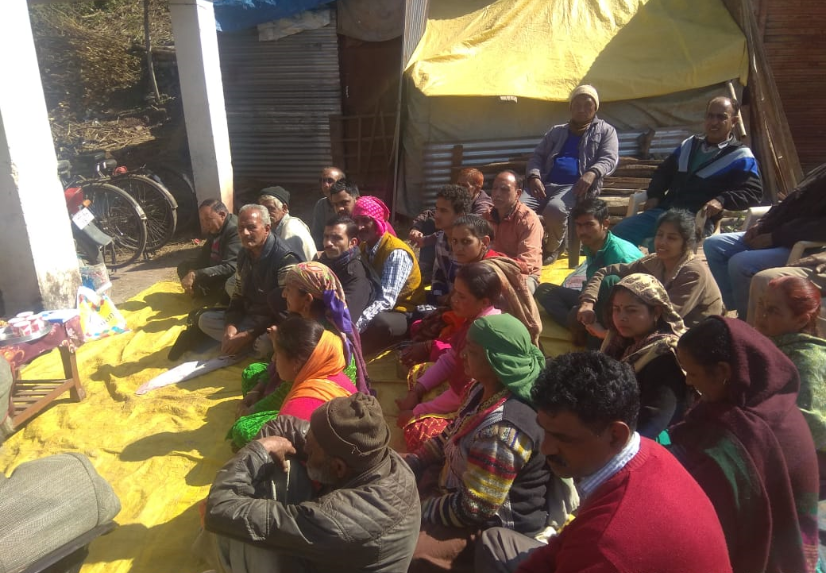 Initially afraid, the 50-odd participants slowly opened up and resolved to collectively fight for their rights after weighing the pros and cons of the decision.

They narrated how difficult it was to even get a case registered under appropriate sections of the Indian Penal Code, so as not to dilute the effort. “Imagine a police official asking us why we go to places where there are chances of a conflict. Why should it always be us to give up our rights?” said Chait Ram, one of the participants.

Having difficulty walking after the assault, Hema Devi was the clearest in her approach: “We understand very well that we are dependent on common grazing lands for our livelihood and cannot give up our rights. The only way forward is to unite and take the battle to the logical conclusion.” 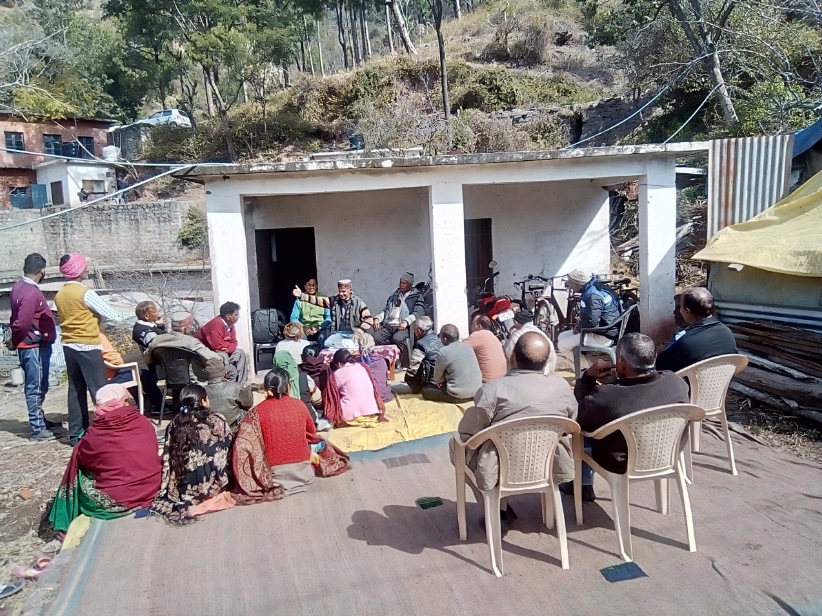 Others voiced scepticism saying, “They have greater strength in terms of numbers and also resources. What if they resort to violence again? What is the guarantee of the safety and security of our women taking cattle to graze alone? What if our water supply from that land is stopped?”

Social activist Rajeev Kaundal pointed out, “This is happening in many villages where the marginalized sections are being deprived of their rights over common resources like village pathways, water, village common lands and even cremation grounds.”

Of late, the Dalit community’s land and forest rights have emerged as major sociopolitical and socioeconomic issues. Pyare Lal Verma of the Kisan Sabha, who organised the meeting on Monday, said “this is happening because for the first time the people are facing a major economic crisis. With no jobs on one hand and farm distress on the other, the marginalized sections cannot afford to give up their rights over common resources. At the same time the success of farmers’ movements in other parts of the country, like the recent march in Delhi and those in Mumbai, Mandsaur and Rajasthan before, that have infused a lot of confidence among those in different states. They have started believing that they will have to unite and fight for their rights.”

Verma added, “By giving a call for the Pashu Charao Abhiyan we do not want to create discord among the villagers. We just want to send across a message to the masses that they should come forward to lay stake to what is rightfully theirs. The villagers know that they will be visited by the police and the intelligence people, who would want them to withdraw the protest. But they are determined. This is not a political programme as the villagers are free to vote for whoever they like. We just want them to ask those seeking their votes whether they will protect their rights.”

Another prominent social activist Sukhdev Vishwapremi said, “The casteist and feudal mindset has been leading to instances of the denial of rights to marginalized people right through almost five decades, even after the Himachal Pradesh Village Common Lands Vesting and Utilization Act was enacted in 1974. The exclusion of the marginalized from community resources has been an ongoing phenomenon. Now if there is a movement picking up against this, it is a welcome step.”

Instances in the state of people coming forward to claim their rights have been picking up of late. Just a few months ago, activists from the Kasauli area secured a High Court order on the judicious use of groundwater. This was a signal to government officials and politicians to stop favouring influential people with resources while depriving society at large. The case pertained to a writ filed by the residents of Sanawar village against violations of the Himachal Pradesh Ground Water (Regulation and Control of Development and Management) Act, 2005, by an individual who had obtained a permit to drill a borewell to tap groundwater but failed to honour the commitment of supplying drinking water to the villagers as per the terms and conditions of the Act.

In its order the High Court said, “We are thus of the view that unless the Himachal Pradesh Ground Water Authority, in consultation with and approval of the state government, formulates a comprehensive policy for the entire state to save, regulate, recycle and harvest the ground water level, it should be reluctant and refrain itself from issuing permits merely for the reason that the Statute has conferred such power on it.”

Social activist Chetan Kumar said that the process of giving water supply to the affected villagers has been started from Monday.

As for the residents of Rori Panchayat who want their message to reach far and wide, they have formed a small committee in preparation for the march to the grazing land, and the exercise of drafting letters for the administrative and police officials of their proposed protest has already begun.