Birhor Vanishing in Jharkhand as the Ecological Disaster Unfolds

RAMGARH, JHARKHAND: Rajendra Birhor may have been one among millions of Indians known to hardly anyone, but when he died of hunger in a remote hamlet in Jharkhand’s Ramgarh district last July, it became national news.

A member of a Particularly Vulnerable Tribal Group, Rajendra Birhor starved to death as he was not issued a ration card under the much publicized centrally sponsored schemes like Anna Yojana and Antyodaya.

Similarly, when in April last year 24 Birhor children from the extremely remote and hilly Birhor Tolla of Duru Kasmar village in Ramgarh district were admitted into the St.Robert’s High School in Hazaribagh, it became national news.

Why? Anything positive or negative happening with the Birhors of Jharkhand creates a media flutter for they are moving towards extinction. They are no more able to withstand the destruction of green patches due to mining leases and the expansion of industry.

Since at least 1902 efforts have been on to ‘educate’ and ‘rehabilitate’ Birhors, but they have refused these constantly. After the British Raj the government of India too made such efforts, but failed.

Government shelters were provided, and free agricultural land, with farming implements and money to buy seeds and fertilizers. But the Birhors returned to the jungle to take up their old hunter-gatherer life.

Their refusal followed a near unique pattern. Some of them would come to the concrete houses, stay a day or two then leave. Government officials would find the shelters empty.

Known as a vanishing semi-nomadic community, Birhors still refuse to take up the settled agricultural life. 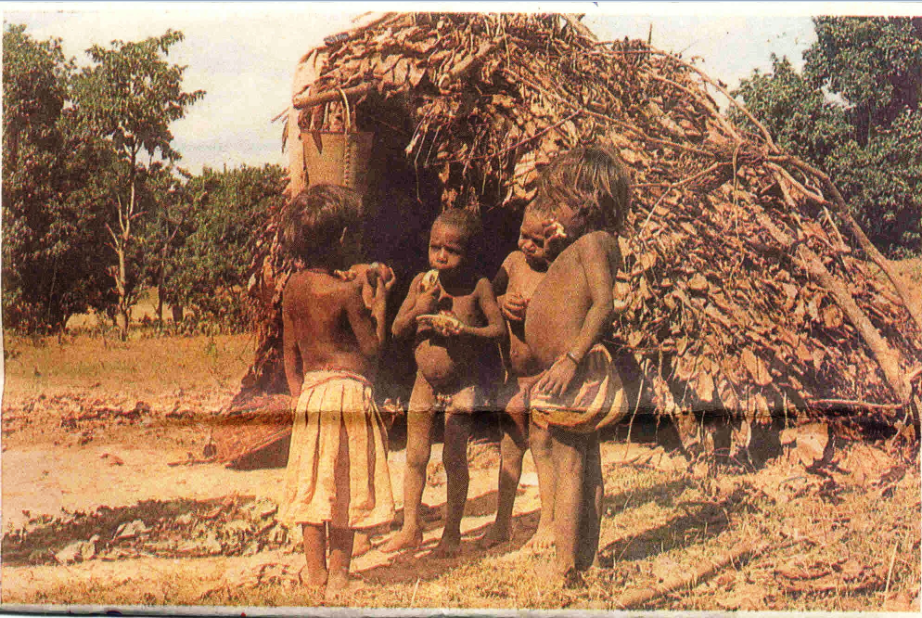 Though Birhors are found in West Bengal, Odisha, Chhattisgarh, Maharashtra and Madhya Pradesh, their main concentration is in Jharkhand with a population of 4,963.

Born free, living free and wanting to be forever free, they are the ‘Hor’ or people of the ‘Bir’, forest. Still following centuries-old magical or religious beliefs, Birhors worship Sing Bonga or the Sun God and and his consort Chandu Bonga. They also worship Harpam or ancestral spirits.

Having practically no faith in modern medical science, they prefer not to visit a hospital if someone falls sick, and take them instead to Maiti, the witch doctor who drives the evil spirit away from their body. Birhors believe that people fall sick when evil spirits attack them. The Maiti calls upon the spirits of their ancestors to appease the evil spirits.

Birhors have a very deep knowledge of herbs, roots, creepers, flowers, fruits and the barks of trees. They have been treating their ailments with the herbal medicines made from these for centuries together.

Counted among the ‘Most Critically Endangered’ ethnic group among the eight ‘primitive tribes’ of Jharkhand, Birhors constitute only about 0.01 percent of the total tribal population of India.

In Jharkhand, they are mostly found deep inside the jungles spread over the districts of Hazaribagh, Ranchi, Lohardagga, Palamu, Garhwa, Dhanbad, Sighbhum, Gumla and Giridih.

They trap birds, collect honey, make ropes and baskets from plant fibres and sell them. 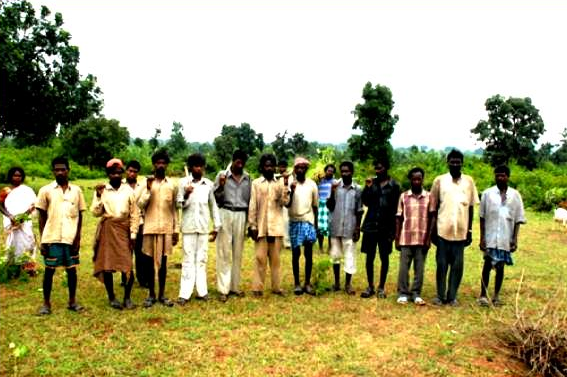 They refuse to live in concrete constructed houses as ghosts can easily sit on the flat roof in the night and enter inside the room through the windows. But Kumbas are safe as they are conically shaped. Naturally, ghosts cannot sit there. And as Kumbas do not have any windows, the ghosts can neither enter inside when they are asleep in the night.

Birhors build Kumbas on their temporary settlements and upon leaving the place, the Kumbas also are left behind. Often, deep inside the forests, people come across such abandoned Kumbas.

Yet Birhors are in touch with ‘modern’ people as they come to urban markets to sell their products. They show no sign of getting influenced by this modernity.

This has been a major problem in trying to integrate them with modern society, even as that society destroys the forests they have made their home.

Excellent hunters, Birhors use hand-woven nets to catch wild boars, deer, tigers and even bears. Hunting is a sacred activity for them and they worship their bows and arrows. They also pray for the departed souls of the animals they have hunted. 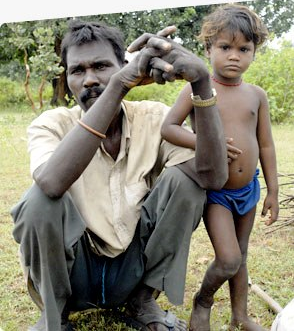 In the next 10 to 15 years, Birhors may vanish from their centuries-old jungle abode in Jharkhand, a name which literally means ‘Forest Tract’. The remaining patches of forest in the state are fast disappearing due to land leases being given to a large number of mining corporations, and the expansion of industrial activity.

Due to deforestation, the Chhotanagpur Plateau constituting the northeastern part of the Peninsular Plateau of India, in which Jharkhand falls, is moving towards an ecological apocalypse, endangering the survival of Birhors in particular, and Mundas, Santhals, Asuras, Oraons, Hos and Kharias as a whole.

Birhors, being a very small community, might be first to vanish followed by other ‘primitive’ groups. People of the jungle cannot live without jungles.

Can you imagine - forest cover in the Damodar Valley of Jharkhand, home to Birhors and other tribal groups, has been stripped from 65% in 1999 to only 0.04% today?

One of the primary reasons for this ecological disaster is the leasing of land to private companies for mining operations and industrial activity. The Jharkhand government has granted 524 major land leases for the exploitation of major minerals, covering a vast 8,426 hectares.

Now where will the Birhors go? Can anybody answer, please? 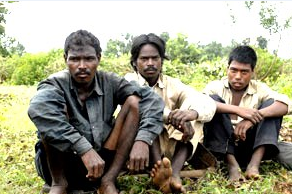 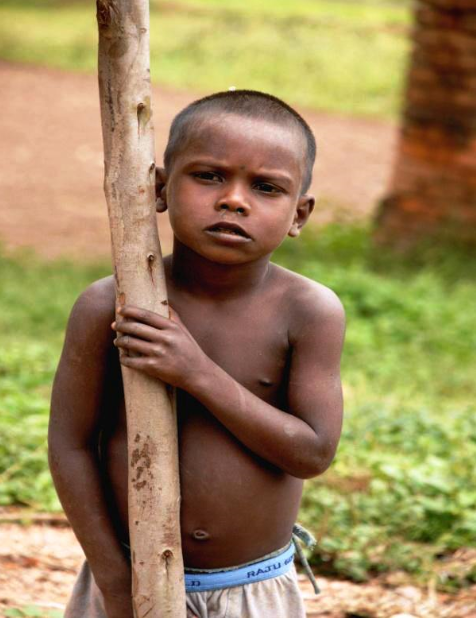