On the Ground in Vidarbha, Where Farmers and Officials Have Two Tales to Tell

Farmers here are waiting for the monsoon to decide their fate

NAGPUR: The Vidarbha region of Maharashtra is infamous for the angering state of its farmers’ livelihood and lives. For years together Vidarbha, where Chief Minister Devendra Fadnavis comes form, has reported the maximum number of farmer suicides in Maharashtra and in the country.

With the BJP-led NDA government at the Centre claiming to have rolled out numerous schemes for farmers in its five-year regime, it’s a wonder that farmers belonging to the same region as the CM, who leads a BJP coalition government in the state, continue to be victims of a tortuous agrarian crisis.

What is the root cause of this destitution? There are discrepancies in the explanations of the three major parties to the “farmer-benefiting” schemes - the government, the banks and the beneficiary farmers.

The government claims that some of the most successful schemes have been the Soil Health Card scheme, the e-National Agriculture Market, the Pradhan Mantri Fasal Bima Yojana a private-sector crop insurance scheme, and its crop loan scheme.

But on the ground in the villages around Nagpur, hometown of CM Fadnavis, people have a whole other story to tell. 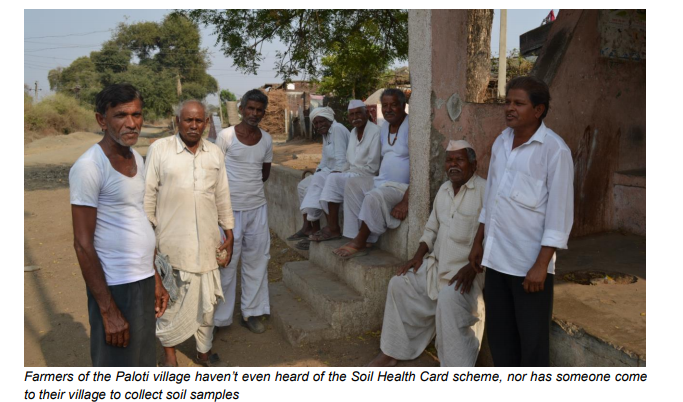 A health scheme where doctors reveal neither ailment nor remedy

A Soil Health Card scheme was launched by the central government in February 2015 with the aim of testing the soil of every landed farmer in the country, and giving them a card informing them about the “health” of their soil. Farmers would be made aware of the nutrients present in their soil and receive recommendations about the kinds of crops to grow in order to retain or improve the soil’s nutritional health.

An official in Nagpur’s Krishi Vigyan Kendra (Agricultural Research Centre or KVK) said on condition of anonymity that while the duty of testing soil samples lies with them, the soil samples themselves are collected by the state government. Because the KVK does not have enough infrastructure in their mobile vehicles to go and test the soils and give sophisticated reports, the state government collects the samples and sends them to the KVK for testing.

According to the KVK official the scheme is working very well and has been helpful for farmers. But a visit to Paloti village revealed that the farmers there hadn’t even heard of the Soil Health Card scheme, nor had anyone come to their village to collect soil samples.

The farmers said they grow the same crops as most of the farmers in the region - cotton and oranges - regardless of the condition of their soil and the irrigation facilities available to them.

Vasant, a farmer who has been trying to convince other farmers to switch to organic farming for the past thirty years, revealed that though some of his friends did receive a Soil Health Card, none were advised on what to do with that information. They were given neither guidance nor suggestion, he said.

It is evident that though on paper the scheme is for the benefit of farmers - and on paper has been successful - there is a long way to go before farmers can actually reap the benefits of expertise subsidised by the public. 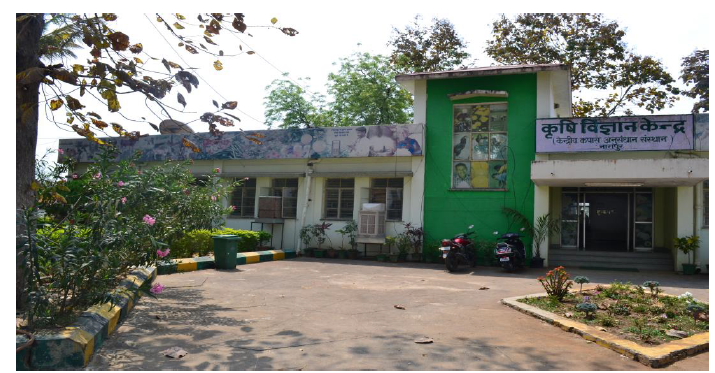 The market which no one uses

The e-National Agriculture Market or eNAM scheme was launched in 2016 by the Centre to open doors for farmers and give them the option of selling to bidders from outside their local mandis. The aim was to facilitate an online auction after which the crops would be picked up from the farmers the same day, and the payment made online.

But in Katol village, barely any of the farmers knew about the availability of such a platform. What’s more, when through my questions they found out about it, they were keen to learn more about how to use eNAM.

Clearly the government’s field information teams have been failing in this respect - deliberately perhaps - and the lack of awareness and information has been holding these farmers back from access to alternative markets for nearly three years.

Even the government’s own KVK in Nagpur doesn’t use eNAM to sell produce, relying instead on the traditional physical auction method. Are government agents torn between benefiting from mandis, and allowing farmers to benefit from alternatives?

The anonymous KVK official claimed however that the eNAM facility was working very well for custard apple sellers.

He also shed light on the reasons why this facility hadn’t caught on with small farmers, who are the vast majority in Vidarbha and indeed the country. The government’s eNAM portal requires a minimum amount of produce from farmers who want to auction it online. But in regular mandis farmers can go and sell whatever amount of produce they create.

He added that farmers wouldn’t mind selling on eNAM if they had proper facilities for storing their produce - but since they don’t, they are put under pressure that their crops will perish and they will incur a loss. So they prefer to sell it at a lower cost instead of waiting for more produce to be harvested for sale online.

According to the official, the government has given a blueprint for storage facilities that can be set up even by a farmer with 2.5 acres land - only about 12% of the country’s farmers that much or more - but even farmers with that much land don’t see such facilities amounting to much in terms of utility. He said they have been asking for a more useful cold storage blueprint, but matters are stuck at that.

eNAM, though praised as a good initiative by many, clearly needs more supplementary groundwork to enable farmers to reap the benefits of the scheme.

Waivers for loans that aren’t even granted

The crop loan scheme has been underway for a long time and is meant to provide short-term working capital to farmers every year before the sowing season. It is mainly these loans that are waived by governments once farmer distress reaches a fever pitch in terms of protests and the body count.

Crop loans are widely availed of by farmers, but there are a lot of official bottlenecks which cause them problems. For bank loans about ?1 lakh the documentation process becomes highly complicated, revealed a banker who didn’t want to be identified.

So, farmers in Paloti prefer to borrow the additional money from moneylenders instead banks. This system of “informal” money borrowing is one of the main ways in which farmers are led into debt traps.

And, bankers in rural branches are sometimes not interested in giving the loans to farmers, because it involves more paperwork. The sole banker in a rural branch of a state-owned bank was reported to be highly uncooperative with farmers, as a result of which farmers have started turning to other banks.

“In theory there are crop loans for us, but bank officials tell us that they will only give us loans above ?1 lakh and not for smaller amounts. For that we need much more documentation and it is a longer process. We need smaller loans from banks.

“We have also applied for loans to get irrigation facilities under the Pradhan Mantri Krishi Sinchayi Yojana, but banks do not even respond to our applications. They are not interested in giving loans to people like us, they just want to cater to middle and high-class people,” said Dharam, a farmer in a small village near Sawanki.

What’s more, officials of non-SBI banks tell farmers that they don’t need to repay the loan amount as they will get loan waivers. The poor condition of the banking sector and the lack of motivation in state-owned bank employees is causing these farmers to lose out on benefits meant for them and their work.

The Pradhan Mantri Fasal Bima Yojana was launched in 2016 replacing all prior crop insurance schemes, and is meant to provide support to farmers in case of crop distress. Under the scheme, a farmer must pay a maximum 1.5% premium for the rabi crop, 2% for the kharif crop and 5% for cash crops. The remaining premium is to be borne equally by the state and central governments.

On paper, many farmers have availed of the PMFBY, but that is only because all the banks have been instructed to enrol all farmers who take out crop loans. Due to this, the bankers have to keep charging premiums from the farmers even if they do not wish to take up the insurance.

Nor is the insurance itself useful, as in case of actual crop failure or distress, farmers don’t know how to file for a claim. Since the insurance is provided by third-party for-profit insurance companies, the bank can’t claim insurance on behalf of the farmers.

Moreover, all the details about the insurance policy remain with the bank, and farmers are unaware of the requirements and procedures. The general lax behaviour of banking officials leads to more complications, as they refuse to guide farmers on how to get the money that has been earmarked for them.

At the Nagpur KVK, of three official branches the seats of three lie vacant. These branches, namely agronomy, horticulture and planned production, are highly important in coming up with solutions for farmers’ distress, and their vacancy clearly shows government apathy and the need for reinvigoration.

It is also a wonder why bankers public and private aren’t better trained and responsive to the needs of our country’s food-growers.

In this environment, a lot of the time farmers prefer to stick to their traditional practices rather than adopting new, risky ones. In Paloti, even farmers who know about the eNAM platform are reluctant to switch from traditional selling methods, a farmer said.

Vasant, the farmer trying to mobilise farmers towards organic farming, said that in his 30 years of trying, he had seen only some 25 farmers switch to organic farming.

Why are the supposedly public government and banking sectors so creaky? Are they increasingly being put into competition with a for-profit private sector meant to replace them?

It is essential to get these public-owned branches of the state moving again. A movement which appeals to the younger generation of farmers could convince them to move towards more profitable techniques, with proper information, safety nets and support, to their benefit.