‘Etalin Hydro Project Threatens Our Existence’: In Conversation with an Idu Mishmi

“Our existence is under threat because of these dams”

“As an Idu Mishmi, I’m concerned that our existence is under threat because of these dams,” Aito Miwu told The Citizen. Miwu lives in Anini, headquarters of the Dibang Valley district in Arunachal Pradesh. Belonging to the Idu Mishmi community—a sub-tribe of the Mishmi community—Miwu recounted the nuances of the Idu culture that have forged a seamless balance between humans and nature in Dibang Valley, protecting the surrounding forests and wildlife for generations. On April 23, the Forest Advisory Committee (FAC) deliberated on clearing these very forests for the proposed Etalin Hydroelectric Project.

The 3097 MW Etalin project, if cleared, will result in felling over 2.7 lakh trees in Dibang Valley. As per a recent report, the Committee, though not having reached an immediate decision, is “favourable” to the project. The Etalin project, along with the Dibang Multipurpose Project (2880 MW)—both reportedly planned on the same limb of the Dibang river—will be India’s largest hydropower projects.

“Many Idu Mishmis think that one dam is enough... If it is a matter of national interest, then Dibang Multipurpose Project (DMP) is more than enough,” Miwu said. “This is a high seismic activity zone, still such big dams are being made,” he added.

Meanwhile, conservation scientists, in their letter to the FAC, have highlighted the rich biodiversity of the region including genetically unique tigers and other Schedule I endangered species. The Valley reportedly is home to six different colour variations of the Asian golden cat, “the highest colour variation of any wild cat species in the world.”

The letter also points out that large parts of the Dibang Valley still remain “scientifically understudied, with potential for the discovery of new species.” 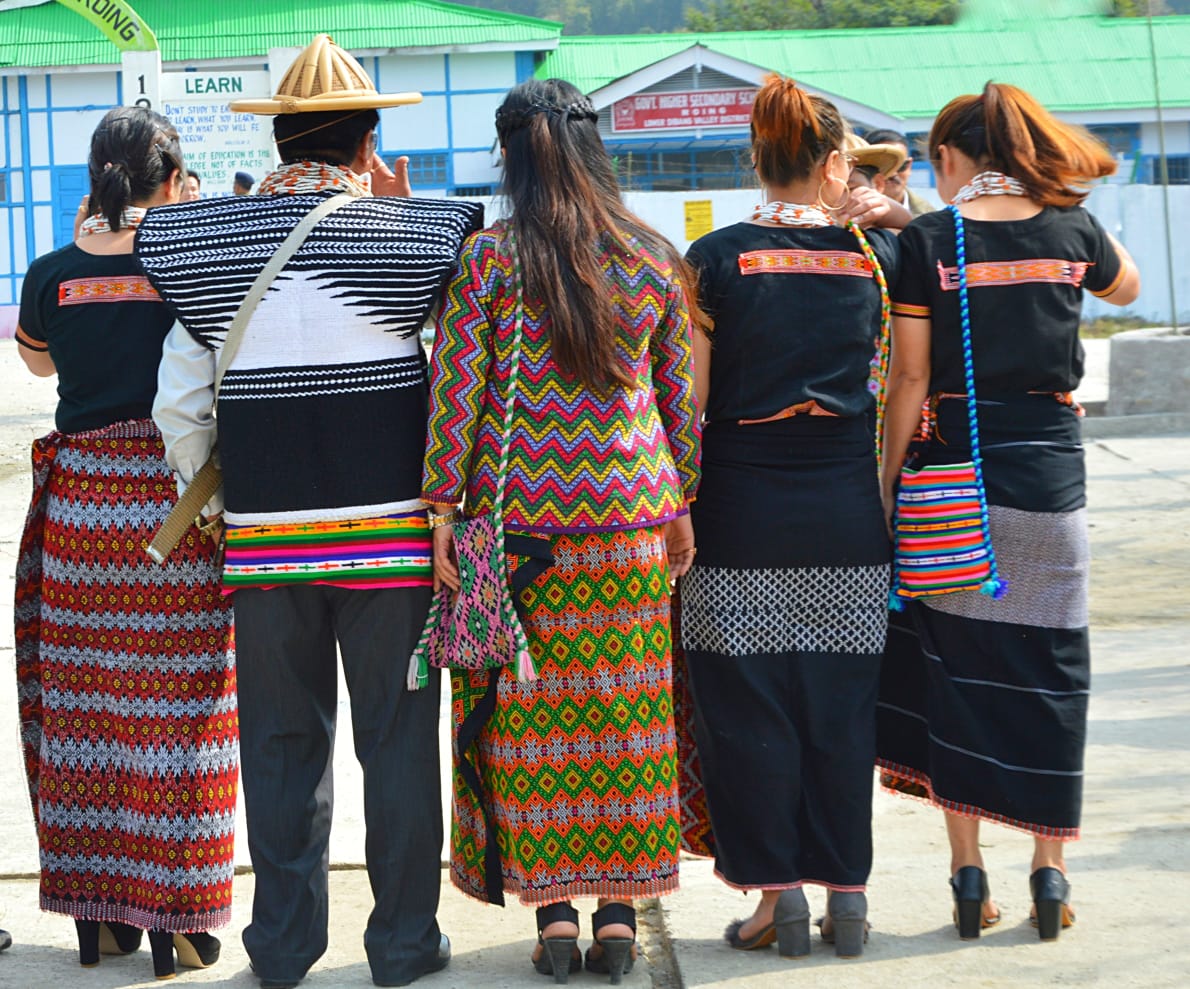 Miwu explained that the rituals and restrictions that govern the community have been responsible for protecting the forests and keeping the wildlife population intact. “Tigers are our brothers. We are born from the same womb, the tiger and the Idu Mishmis. This is what our folktale says,” he stated. “Not only in our tribe, in maximum tribes, tigers are considered one of our own,” he told The Citizen.

According to Idu folklore, as explained in an April 2019 article in Sanctuary Asia, the first Idu (All Idu Mishmis are his descendants) and the tiger were born to the same mother. A disagreement led to one killing the other, resulting in the tiger’s death. Creators rebirthed the tiger, sending him to live on the mountains. Today, both Idus and the tiger live separate lives, though tigers often descend from the mountains, entering the villages of the Idus.

“Other tribes in Arunachal also consider the tiger their brother. But the difference is, we don’t hunt them. The tiger is still safeguarded in our area because of our rituals, the taboos and restrictions,” Miwu explained. If the Idu Mishmis are forced to hunt any animal, there are certain “rigorous rituals”, usually lasting five days, through which they have to go through—the concerned person is not allowed to bathe, wash clothes, engage in sexual relations or participate in any social gathering.

“Humans are social beings, and to remain in society all these events are important. So in this way we are restricted from hunting as well,” he stated.

A site visit report by an FAC instituted sub-committee mentioned a study conducted by the Wildlife Institute of India (WII) which reported that while 21 mammalian species were recorded in the area, “the tiger presence in study area was not established” as “no pugmarks or scats of tigers during this survey was found.” The study attributed the ‘absence’ of tigers to “low abundances of prey species” and “human related disturbances”.

However, Miwu was adamant that this study was not representative of the region. Drawing from his own personal experiences, he stated that the tiger could be found at a mere 1 km hike from his village Maruli, despite constant movement of villagers through the area. “There is daily movement there, people farm their land. Almost daily people are moving through that area.”

“Sometimes the tiger enters the basti itself, and preys on the pigs. There are a lot of instances like this where the tiger has entered the village,” he explained. Conservation scientists mentioned an independent camera-trap study in their letter that found a “higher diversity of mammals” in community-managed forests as opposed to the Dibang Wildlife Sanctuary. Photographs of 12 individual tigers and eight clouded leopards were obtained through such studies.

In fact, the FAC, in their meeting held on February 28, 2017, took into consideration these camera-trap studies, noting that “A large majority, above 60%, of the camera traps were placed outside Dibang Wildlife Sanctuary which shows that both species are not only abundant but also very widespread in the district.” The FAC had then recommended a multi-seasonal study to assess biodiversity in the region by an “internationally credible institute”, finding the existing Environment Impact Assessment (EIA) to be “inadequate”.

The scientists’ letter highlighted that “Following up on this suggestion by the FAC, a four-month single-season study was conducted by WII; a multi-season study, as required by the FAC, is certain to have recorded much greater biodiversity than this single season study.”

The Indian Express reported in December 2018 that the WII, instead of conducting an environmental impact assessment, undertook a study to gauge how the project’s impact on wildlife could be minimised.

“Over a separate four-month survey of 1,552 trap nights, WII’s report concurs that “tiger presence and movement in the project area cannot be completely ruled out based on this few months’ survey, as they are long-ranging species,”” reads the letter to the FAC. 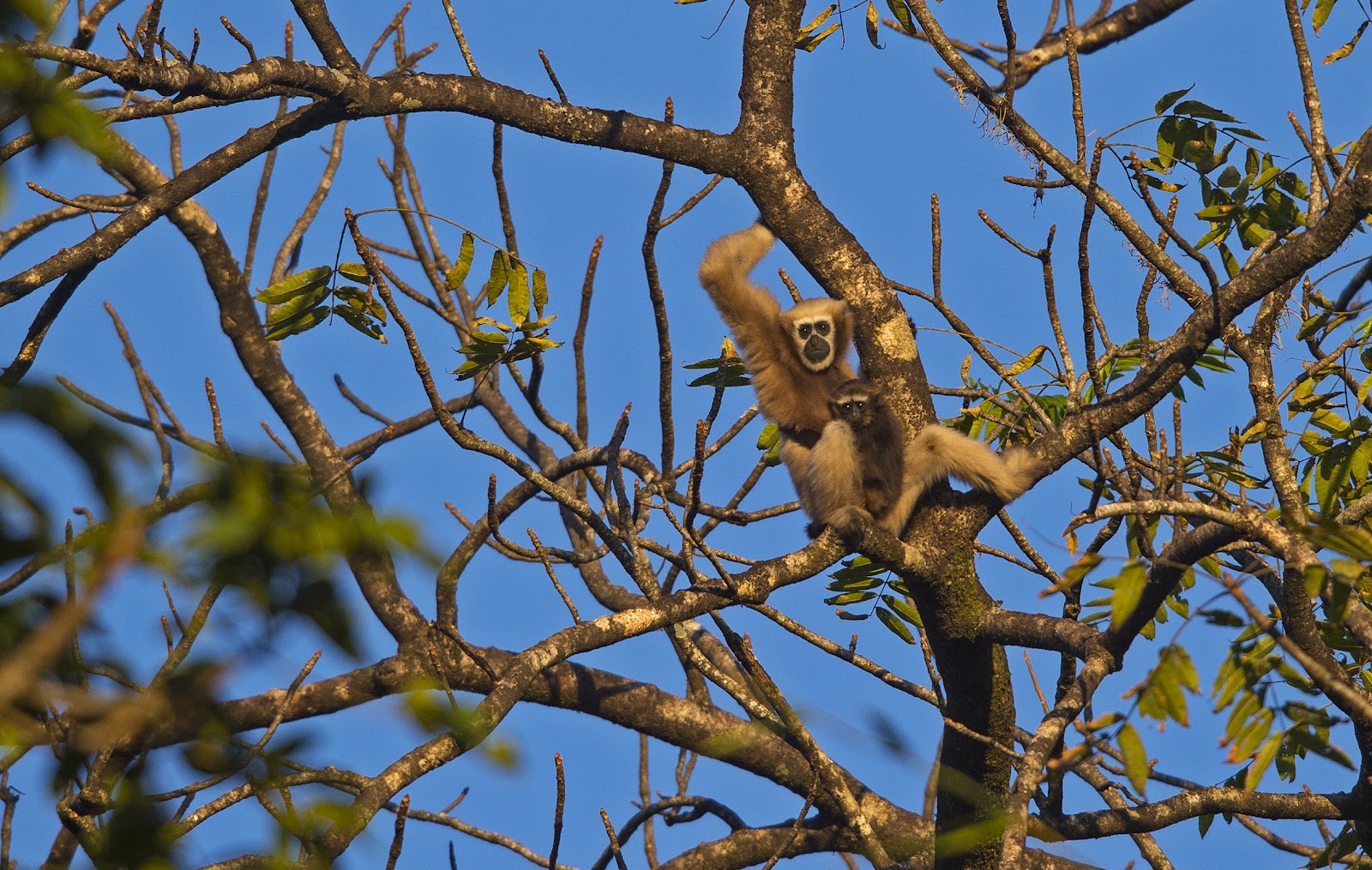 Conservation scientists Dr. Nandini Velho and Dr. Umesh Srinivasan, in a previous letter to the FAC members on the day of their meeting, mentioned an article by WII scientists that states the country’s “highest tigers” were recorded outside the Dibang Wildlife Sanctuary, in the community-owned and managed forests. Tigers have reportedly been found at a height of 3,630 metres in the Valley.

“It's been 23 years since Dibang Wildlife Sanctuary was declared. Till a few years back, there was no proper geo-tagging, no proper map… Not a single staff member was appointed against this wildlife sanctuary,” Miwu said. “Despite being a huge sanctuary, there was not a single ranger, not a single officer. Still, if you see, wildlife was safeguarded and protected,” he told The Citizen.

The Dibang Wildlife Sanctuary “ is eight times as big as Corbett National Park but has fewer than 10 Forest Department staff,” reported the April 2019 Sanctuary Asia article.

Miwu explained that within the community, land is divided in a way that Idu Mishmis have ‘exclusive rights’ over a certain mountain or forested area. To enter someone else’s area, one has to take permission from the Idu Mishmi who owns that land.

The legal status of the area proposed for the Etalin project is Unclassified State Forest (UCF)— areas where there are no restrictions on cutting of trees or grazing of cattle. “The land I call my own, the mountain I say is mine, the state says this is Unclassified State Forest which means the state can decide what they want to do with that land. Then I have no rights left, right? If this is all UCF, then where is my land?” he asked.

Miwu fears the Etalin project further threatens the survival of the indigenous people and their culture that has been integral to protecting the biodiversity in the region. “Our population density is very low. Plus the influx of labourers of over 12,000 is going to cause a lot of difficulties for us,” he stated. As per FAC documents, the project will employ 3000 unskilled workers and 800 skilled workers during the construction phase—a conservative estimate, scientists say. 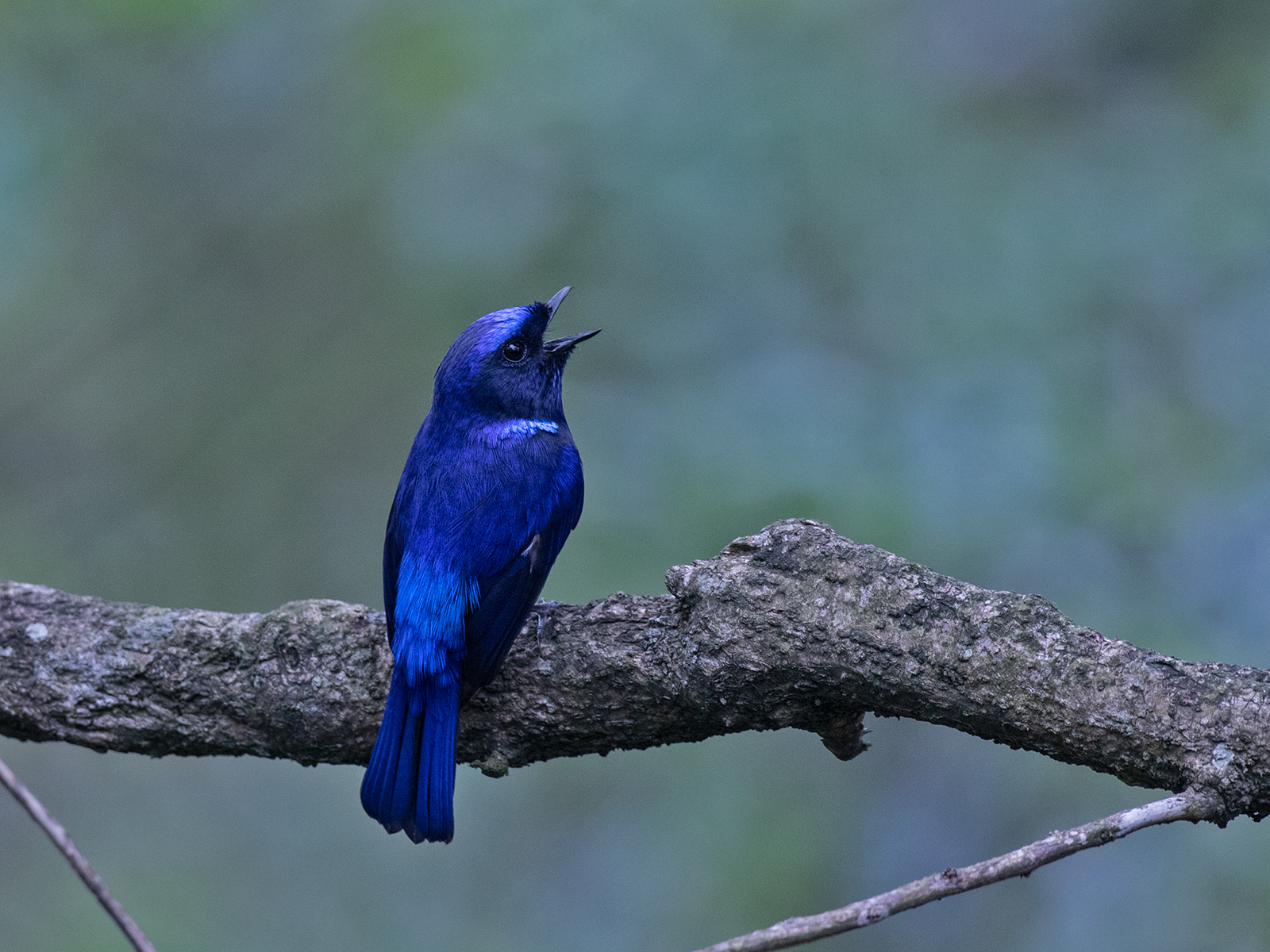 However, not all Idu Mishmis are against the project. Miwu explained that some members of the community, having been offered large amounts as compensation for their land, have agreed to the project.

“Instead of developing slowly, we have suddenly been shown crores of compensation amount. So they have also been blinded by the money, they are not seeing anything else,” he claimed.

“We are from Anini, the headquarters, so we are not given an opportunity to even speak about the dam. They don’t want us to speak on this issue,” he said. “On the issue of the dam, we are told that you are not affected people so you have no right to speak. However, this is happening within our district and everybody will have to bear the impact,” Miwu told The Citizen.

He further alleged that the community land in his village, Maruli (written Mawali in FAC documents), had been designated as Village Forest Reserves (VFR) on which compensatory afforestation is to take place, without the consent of the villagers. “You are saying we are not affected people, we are not supposed to say anything even though you are taking away my land for CAMPA. I don't want any plantation under this CAMPA,” he stated.

The scientists’ letter highlighted that the 25 patches, comprising an area of 1841 hectares, identified for compensatory afforestation have been assessed only through satellite imagery. Further, there is “no indication of whether Gram Sabha consent has been obtained” in compliance with the Forest Rights Act, 2006.

“What they consider barren land is not barren land. That is used for the grazing of our mithuns, the semi-domestic animals,” Miwu told The Citizen. He further added that under compensatory afforestation, pine trees are planted which “have no value”. “Nothing grows beneath that, not a single grass. It is not suitable for animals.”

“Till date, what I have witnessed is that all the plantation that has been done under CAMPA has been a failure. So many hectares have been replanted, but only 10-15 trees are alive,” Miwu told The Citizen.

WII suggested measures for wildlife conservation in its survey, including opening butterfly parks and a reptile park. However, Miwu dismissed these suggestions, stating, “Nothing will happen with all this. If wildlife conservation could take place through such moves, then I think Delhi itself would have become a wildlife sanctuary.”

The Idu Mishmi Cultural and Literary Society (IMCLS) wrote to the Director of National Tiger Conservation Authority (NTCA) in 2018, suggesting a new “cultural model” of conservation that takes into account “a culture so far proven to be effective in saving the tigers”.

Miwu highlighted the importance of understanding the symbiotic relationship between indigenous cultures and nature before proceeding with big hydropower projects. “The moment you remove an indigenous person from their area, that very moment the destruction of that area begins,” he warned.