State of terror created by the government years ago still persists

NEW DELHI: In a country where the blast of development trumps everything, the unrest in Dibang Valley seems to have drowned in the cities’ noise.

The few voices of concern that do reach the metropolis are met with the same lazy replies, echoed by ignorant governments that have paved the way for decades of ecological destruction. 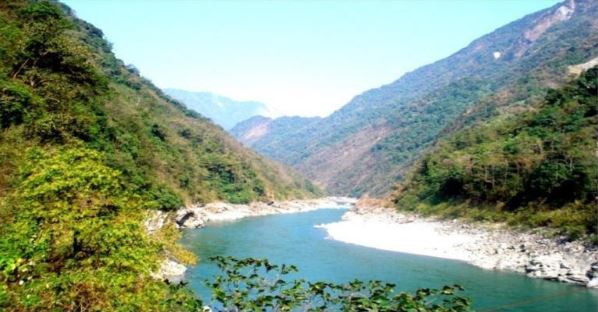 This time development is coming for the Dibang Valley, in the form of two hydropower projects on the same limb of the Dibang River in Arunachal Pradesh: the proposed 3,097 megawatt Etalin project and the approved 2,880 MW Dibang Multipurpose Project.

These dams once developed will be India’s largest in terms of energy produced. Their sheer size is worthy of the record books. As per a letter sent by the union environment ministry to the National Hydroelectric Power Corporation, the total land “requirement” for the Dibang project is 5,349 hectares.

Of this land, by the Centre’s estimates, 4,578 hectares are unclassified state forest, 701 hectares are community land without forest cover, and 70 hectares land with wet rice cultivation.

Similarly, the Etalin Project will “divert” 1,165 hectares of forest land in a region of rich biodiversity.

The State claims that these huge undertakings will enable Arunachal Pradesh to get uninterrupted electricity, and allow the state government to turn a modest profit by selling some electricity to other states or businesses.

The Union Environment Ministry’s own Forest Advisory Committee had in 2019 observed that the project area falls in the richest Himalayan bio-geographical area. Is it still bewildered as to why local residents as well as conservation scientists have been opposing these dams?

The answer can be heard echoing across the land, by various movements over decades in vast areas haunted by the imposition of such “development projects”.

For the Etalin hydropower project the State estimates that around 2,000 members of the native Idu Mishmi tribe will be directly affected, around 3 lakh trees will be felled, threatening around 413 plant, 159 butterfly, 113 spider, 14 amphibian, 31 reptile, 230 bird and 21 mammalian species some of which are found only in the project area.

Tigers may not be added to the list of affected species depending on the whims of the Wildlife Institute of India. At present the WII has ruled out a tiger presence in the area after an ”extensive” four-month field study. Yet WII scientists found in 2017 that tigers are indeed present in and around the Dibang Wildlife Sanctuary, in community-owned and managed forests.

The WII’s latest study to assess wildlife presence in the project area was widely criticised, including in a peer review by 24 scientists from 14 different institutions in India, who called it “biased” and “incomplete”.

Valley residents, most of whom are from Idu Mishmi families, have publicly opposed the construction of these dams. They come from a society radically different than the one being forced upon them. Their community is one where people protect the forests and keep the wildlife intact.

Aito Miwu, a member of the Idu Mishmi Tribe, in an insightful interview explains how close the community is with nature: “Tigers are our brothers. We are born from the same womb, the tiger and the Idu Mishmis. This is what the folktale says.”

Although the WII latest study claims to have found no tigers in the project area, Aito Miwu states emphatically that tigers are indeed present there. 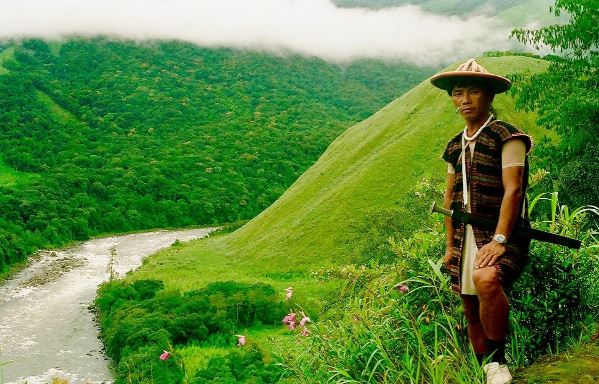 The Idu Mishmis keep a check on outsiders and each other to protect the forests. Their system of self-governance and taboos seems to work much better than the modern one, comprising rangers, officers and clearances. The Dibang Wildlife Sanctuary is eight times as big as the Corbett National Park, but has fewer than 10 Forest Department staff although tigers are protected there.

The forced displacement of the Idu Mishmis will impact them as well as the region’s wildlife, in ways that cannot be quantified. The government’s foremost environmental institutions have come up with various alternatives: developing butterfly and reptile parks, nest boxes, habitat restoration, etc. Tigers, for obvious reasons, find no mention in these plans.

Similarly, plans have been made to replace some the many trees which will be uprooted for the dams, or submerged in the resulting backwater. The solution is so simple and effective that it was signed into law back in 2016: the Compensatory Afforestation Fund Act, or simply CAMPA.

The purpose of CAMPA is simple: More saplings will be planted somewhere else than the number of trees that are destroyed. Generally, monoculture plantations of commercial species like eucalyptus and teak are created under such afforestation schemes, which means more revenue for the State, at the cost of threatening the very existence of entire communities.

All that remains is to find the land needed for this economic afforestation. Traditionally it has posed a problem due to the unavailability of cheap land to grow trees on. But this is no challenge for the State’s environmental ‘hitmen’, who have come up with another simple strategy:simply usurp tribal land.

A hurdle arises only when these indigenous people start to protest, and as a people deeply interdependent with their land and their forests, they do so every time these are threatened.

The same hurdle arose in Dibang Valley as well.

Back in 2007, many Idu Mishmis and various Student Unions were protesting against the Dibang dams. They wrote to various ministries and undertook marches throughout the valley. When it was clear during government-organised public hearings that more than 99% of the concerned population was against the project, the government deployed paramilitary troops.

In 2011, even after incidents of open firing by special forces, hurting mostly minors, the protests did not die down.

The State machine then turned to the most reliable tool in its arsenal, formulated almost a century earlier by another oppressive authority, desperate to develop the territory for itself. This tool is used as freely today as it was used before independence. The protests were declared “anti-national”, the influence of foreign nations was hinted at, and the threat-word “Maoist” was casually thrown around.

Fear of imprisonment or murder grew in the valley and the protests died down, but now as the same evil takes shape in another project, many are resisting again.

Recently, while in conversation with a local student activist about the social impact of the Etalin Project, it was clear that the state of terror created by the government years ago still persists.

And it isn’t just the State people fear these days. Learning from the Dibang disaster, this time large amounts of compensation have been given to some members of the local community, who are now aggressively in favour of the Etalin dam.

Under the current system of government it seems that such projects are destined to be completed. No matter what problem comes to surface, or what cost is to be paid, the State ensures project completion at public cost.

This is especially true when big businesses like Jindal Power Ltd are the project proponents. The Etalin Hydropower project is being developed by Etalin Hydro Electric Power Company Limited, a joint venture between Jindal Power Limited and the Hydro Power Development Corporation of Arunachal Pradesh Limited.

Jindal Power won the 2015 Global Sustainability Award for the Etalin Project even before the environmental impact assessment had been completed by the union environment ministry. This is only a small example of the company’s efficiency.

It triggered no action on the part of the government to reassess its decision of awarding the Etalin project to the Jindal Corporation.

The unwavering faith of the Arunachal Pradesh government in the developers is reflected in the fact that when the union environment ministry asked the state government to conduct a cost-benefit analysis of the Etalin hydropower project, the state submitted the analysis done by the project proponents themselves. This self-analysis found the project was beneficial for everyone involved.

Nonetheless, for reasons unrelated to environmental concern, Jindal Corporation now seems to feel that the Etalin project is not an attractive investment for them. They are now looking to sell the project to the government, or looking for a joint venture with other government institutions to secure funding through public money.

Massive online campaigns against the projects at a time when the whole world is reeling under the effects of a zoonotic virus have elicited no response from either centre or state.

Still the various government ministries, one of them being the Union Ministry of Environment, Forest and Climate Change, need yet more time to weigh the monetary gain they may derive from the completion of these projects – against unmeasured destruction.