'We have to reduce our consumption'

Every year the monsoon fury hits the Eastern Himalayan region hard, with multiple landslides often cutting it off from rest of the country. As landslides ravage the Sikkim–Darjeeling belt, the Himalayan region across the subcontinent has also seen widespread ecological destruction at people’s hands.

“Being in a place located like this, we should be much careful and manage our mountains well,” warns Praful Rao, a retired Air Force pilot who started an organisation called Save the Hills in 2007 to sound the alert on the unnatural degradation being perpetrated on the region.

The Sikkim–Darjeeling Himalayan region is one of the most landslide prone areas of the world. This is the southernmost arc of the Himalayas, just 500 km from the Bay of Bengal.

“I have lived through the 1968 landslide in disaster in Kalimpong. 2007 also saw a similar situation. I was routinely checking the problem. Former governor Gopalkrishna Gandhi also encouraged me and that is how Save the Hills started, primarily for raising awareness against landslides which went largely unnoticed," says Rao.

Earthquakes are another major concern. Living in this seismically sensitive zone, “What have we learnt from the 2011 Sikkim or 2015 Nepal earthquakes?” asks Rao, saying there is an urgent need to built safer sustainable structures, not the hill towns of today which almost look like concrete jungles.

But, he confirms, there has been no stress laid on town planning or any form of safe, sustainable development. 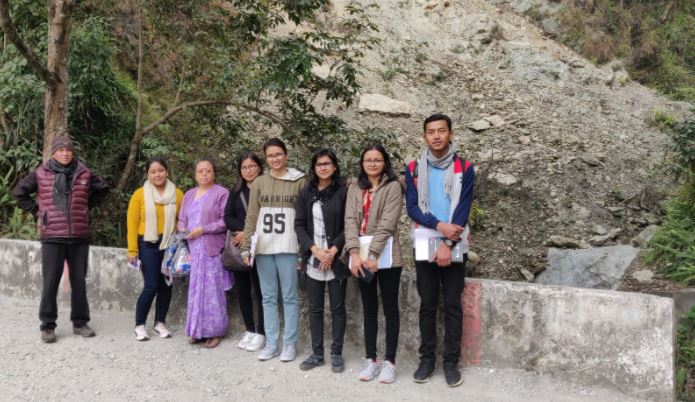 Many including indigenous community organisations have said that dams on the Teesta river have had a disastrous impact on its riverine system, the Teesta Rangit Basin. There is a campaign underway to scrap such projects.

“Things are changing very rapidly and this is affecting our region. It’s time for everyone to get involved. But if you are an environmentalist one gets tagged as anti-dam, anti-progress person.

“We also want cheap electricity, but we have to strike a balance. Dams are there in all parts of the world. Of course they do damage a lot. I have seen the Teesta Stage 3 dam, there is a fish ladder but it was not working…

“For progress we do need power. Somewhere we have to strike that balance," he cautions, explaining how the multiple dams on the Teesta are creating “a panic situation” for people residing downstream, in lower altitude areas.

One such place is Adarsh Gaon in Sikkim, where the river swells to double its might creating an emergency-like situation every year. “The people downstream clearly put the blame on dam operations,” says Rao.

“What happened in Adarsh Gaon also happened in Kerala two years back. Like every populated area they need power, they have built multiple dams. They used to keep the dams full. In the rainy season when they opened the gates of the dam, there were horrible floods downstream. However, they seem to have learnt, and there have not been any major floods. Something like that could be done here.”

The misuse of land in the Himalayan states has created a manmade natural disaster.

“If you look at every single landslide there is a human footprint, be it improper drainage, poor construction or some kind of human activity. Government is our favourite target to blame, but its time for the community to come together because ultimately it will kill everyone.”

Rao says the “population explosion” has been huge in the hill states. “Doubling of population in the tourist season is another concern.” He asks where the resources can be found to support such a large number of tourists, citing Bhutan as a place that has managed to regulate tourism well.

The problem is grave because due to global warming and changing weather patterns, loss of lives as happened in Uttarakhand due to cloudburst could happen here as well.

With burgeoning tourists, residents and commerce comes burgeoning waste. The use of plastics and other non-biodegradable products has been a key concern. Rao says that awareness campaigns are ongoing but not much else. “Its easy to say there is no solution. Tell me which Himalayan state has managed its waste properly?”

He questions the attitude of keeping our backyard clean and forgetting about the world outside.

“As long as we don’t see it is fine for us. In Kalimpong, a huge landslide occurred in an area where there was a dumping site. The area was steeped in muck. People stopped dumping there, but then there was a problem of uncollected waste all over Kalimpong town. Darjeeling has a bigger problem, and the place where they dump waste has no population. Gangtok too.

“We have to reduce our consumption. We should segregate biodegradable and non-biodegradable waste at home. Its impossible to segregate on site. And anyway, why keep buying and consuming whether we require or not?

“In Sikkim, I don’t know where the waste of pharmaceutical companies is going. As long as we don’t see it, we are happy. Let us change this,” Rao tells The Citizen.