Goa Will Be Destroyed, All In the Name of Economic Development

On the night of November 1, 2020, about 5000 Goans gathered near the railway crossing in the historic village of Chandor (which was the capital of Goa in the Medieval Period), one kilometer away from the ecologically-sensitive area of Mollem National Park and Bhagwan Mahavir Wildlife Sanctuary.

Playing drums and chanting slogans like ‘Save Mollem’ and ‘Goa doesn’t want coal’, they protested against the state government for allowing three infrastructure projects which include double tracking of railway line, four laning of 4-A National Highway and laying a 400 KV transmission line. The protest was also supported by the Goa Congress leaders and some foreign environmental activists.

The Union Environment minister Prakash Javadekar has approved and discussed 30 infrastructure projects during the lockdown which fall in environmentally-sensitive areas in different parts of the country. As per the rules, before approving such development projects, the outline of the project has to be discussed with the regional environmental committee of the respective area, after which the Environmental Impact Assessment of the area is conducted.

Detailed information about the project is supposed to be disseminated through print and electronic media. A proposed project can only be started if people living in the area agree to the project after knowing the pros and cons of the same. Public hearings are usually organised to allow people living in the area to present their concerns. In case the public has suggestions, these are to be deliberated upon and incorporated into the project outline before allowing an infrastructure project to begin.

However, the government took advantage of the COVID-19 lockdown and hastily passed multiple projects via video conference, with approximately 10 minutes allotted to discuss each project, without conducting site inspections or seeking public opinion in most cases, in complete defiance of environmental regulations. These include the three projects which are being vehemently opposed by the people of Goa.

Both the Central and state governments are trying to convince the people of Goa that these projects are for the betterment and development of the state. Then why are the people opposing them?

Goan residents say that these three projects have been planned in an ecologically- sensitive area, and will pass through Mollem National Park and Bhagwan Mahavir Wildlife Sanctuary, both of which are renowned for their rich flora and fauna.

The proposed projects will be located in the Western Ghats, one of the world’s few biodiversity hotspots, known for its ecological fragility. The natural beauty of this area is very captivating—Goa’s famous Dudhsagar and Tambdi Falls, Tambdi Surla Temple and Devil’s Canyon are also in this region and these places are important tourist destinations.

The region is densely forested which contributes immensely to the balance of Goa’s environment and groundwater level. The three projects will upset the environmental balance of the region. For these projects, at least 50,000 trees will be felled, which will drastically increase the amount of carbon dioxide levels in the atmosphere, increase the local temperature and have a negative impact on the ground water level of the area. The people of this region will be forced to face water scarcity like the people of Cotigao area.

In the Cotigao area of Goa, it is not an uncommon sight to see women of the five villages lining up in front of government water tankers for drinking water, every year during the summer months. What is the use of such ‘development’ when people are left craving for even basic needs like water?

Goan residents further say that none of these projects are for the development of the state. All of these projects are designed for the benefit of the corporate world. The main reason for double-tracking the railway line and expanding the National Highway 4-A is to supply more coal and iron from Mormugao port to industries in Karnataka. So far, 12 million tonnes of coal is being transported annually but with this railway line and 4-A National Highway, the target is to increase the volume to 51 million tonnes per annum by 2036.

The Central government had planned to double the railway track in 2016. Former Chief Minister of Goa, Pratap Singh Rane had said that Goa already has two railway lines which are enough to cater to the needs of the people of the state. It is important to mention here that the 400 KV transmission line is also meant to meet the growing power demands of the industries.

The three proposed projects will not promote the economic development of Goa. Rather, they will pollute natural resources such as forest, air and water and destroy the environmentally-sensitive zone.

During the transportation of high amounts of coal, large particles of coal and coal ash will scatter in the coastal areas of Arabian Sea and on both sides of the railway line. It will disperse through the air and water, polluting the environment, endangering the lives of the people, sea creatures and wildlife.

With these projects, the dense biodiverse forests of Mollem National Park and Bhagwan Mahavir Wildlife Sanctuary will be fragmented into small pieces, destroying the natural habitat of the animals and putting them at greater risks as their numbers will start declining at a faster rate. Human population will face dire consequences with the extractive entry into forests, as animal diseases will also start spreading among them.

Goa is known for its natural beauty across the world. If a double track railway line is constructed, it will not only destroy the forests but also pollute the beaches of Goa that attract both domestic and foreign tourists around the year.

The increase in transportation of coal and destruction of eco-tourism spots will reduce the influx of tourists which will adversely affect the livelihood of the people of Goa. As a result, the tourism industry, which is the mainstay of the Goan economy, will also be severely impacted by these projects.

Along with the beaches, the sea water will be polluted with coal particles which will cause the sea plants to die, as they will be unable to make their food due to lack of sunlight. Due to absence of food, sea creatures (fish, crabs, etcetera) will either die out or migrate to other places. With the scarcity of fish and other aquatic organisms, thousands of fishermen whose livelihood depends on the sea will become helpless to meet their basic needs.

These so-called development projects pose great damage to the natural beauty, biodiversity, and economic and social development of Goa. The bottom line is that these projects have no prospects for the development of the state, that is why the residents of Goa are opposing them. Their fight to save Goa’s environment, wildlife sanctuaries, economy, people’s employment and health from the government and industrialists continues.

Goa’s state government seems to be supporting these projects under pressure from the Centre. It should have approved only those projects which are in favour of the state’s natural environment and economic development.

It is difficult to understand why the Central Government, at various international platforms and as part of the Paris Climate Agreement, has promised to increase forest cover and generate energy from renewable sources to reduce carbon emissions, while at the national and state levels it is encouraging coal-fired industries by removing dense forest cover, endangering the natural environment and livelihood of the people as well as their health.

Not only this, the Centre has brought forth the draft Environmental Impact Assessment (EIA) Notification during the lockdown period. With the new notification, the country’s natural resources will also be sacrificed for the corporate world.

It is incumbent upon the Central government to abandon narrow political interests and the corporate-friendly model for economic development of the country and adopt a people and nature-friendly model. If the Central Government does not change its planning strategy for economic development, then the people of our country will be facing a greater number of natural calamities of high severity due to rising temperatures in the coming days.

Dr. Gurinder Kaur is a professor at the Department of Geography, Punjabi University, Patiala. 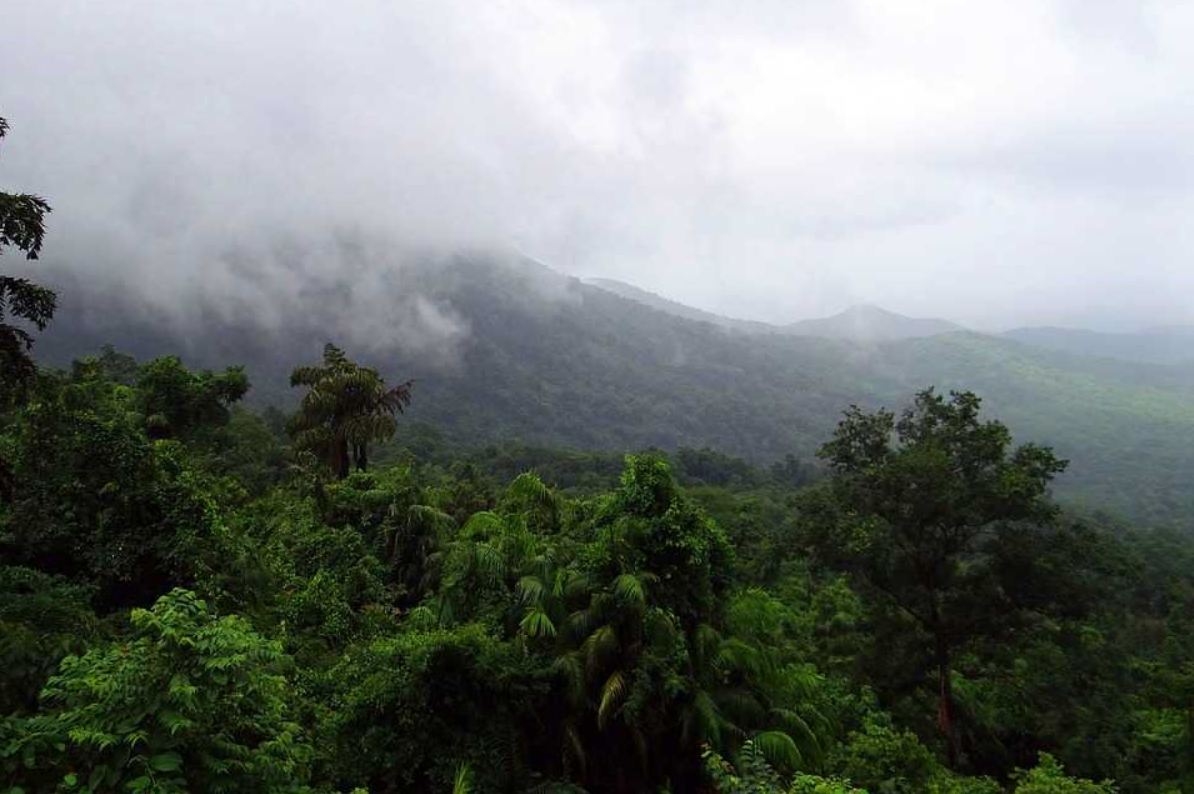