KINGSTON, Jamaica (IPS): For decades, every time it rains heavily in Jamaica, a daunting deluge of plastic bottles and bags, styrofoam and other garbage trundles its way down a network of countless gullies and streams. If they don’t get snagged somewhere, they end up in the Kingston Harbour or close to the beaches ringing the tourist-heavy North coast.

This phenomenon is not restricted to Jamaica, occurring regularly across the Caribbean and Latin America. It represents the burden of how the world is failing to cope with so much plastic waste. Its effect on the region, however, is relatively unique and compounded by several realities: budget and infrastructure challenges, geography and the lack an effective waste management strategy. In the past several years, more than a third of Caribbean countries have banned single use plastics, which may have reduced some waste, but the plague remains.

One study found that beaches and coastal areas across the region could contain triple the amount of plastic waste compared to the rest of the world.

According to a paper summarizing waste management in the region, only 54% of single use plastic waste ends up in a sanitary landfill, with much of the remainder landing in storm drains and the ocean.

The disposal of single use plastic in this region and around the world is increasingly coming under the spotlight as countries attempt to tackle global heating and adhere to the Paris Agreement. If countries do not reduce their consumption of single use plastics, emissions from plastics are due to increase threefold by 2050, which would thwart the goal of limiting global warming to 1.5 degrees above pre-industrial levels, according to the global think tank ODI.

Andrea Clayton is one of four authors of a study on the Latin American and Caribbean region, and she says there are many problems surrounding the use of plastic and its disposal.

“Plastics have been deemed as carcinogenic. There are health implications. And we are an island state with very finite resources, so it’s very important that we put in place sustainable environmental practices,” she says. “We are privileged to experienced sandy beaches and water, but we want that to carry on to the younger generations. We must be preserving the island from a sustainable position,” she says. Clayton is a lecturer for sustainable development at the Caribbean Maritime University in Kingston, Jamaica.

On a daily basis in the Latin American and Caribbean region, 145,000 tons of waste are disposed of in open dumpsites, including 17,000 tons of plastic. In total, roughly 300,000 tons of plastic waste is not processed or collected, so it ends up in illegal dumps or waterways.

Part of the root of the problem can be traced to the region’s lack of manufacturing and agricultural capacity, which leads to heavy dependence on the importation of goods, which, of course, means more plastic waste.

In the region, plastic accounts for 35% of marine waste, according to Clayton’s paper on “Policy responses to reduce single-use plastic in the Caribbean”. For one of the most tourism dependent regions in the world, this represents not just a threat to the environment, but to the livelihoods of its residents as well.

“Marine pollution is therefore a particular problem for the Caribbean. These states are major contributors to marine pollution but are also more dependent on the environmental quality of the Caribbean Sea, which is the base for the regions ‘sand, sun, and sea’ tourism package. Tourism directly contributes 15.5% of the regions gross domestic product and employs 14% of the labour force,” according to Clayton’s paper. 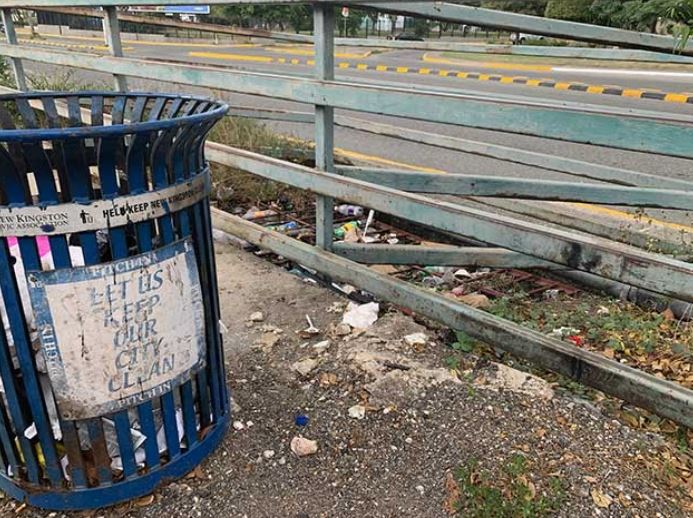 In Jamaica, there is a lack of a sense of urgency amongst legislators, as well as the existence of alternative ways of disposing of garbage, says Diana McCaulay, director of the Jamaica Environment Trust. “People just don’t have alternatives. We have inculcated certain habits and attitudes that garbage is a state responsibility. If I don’t see a garbage bin within three feet of me, I can throw it on the road,” she says. Unless there is a holistic approach to overhauling the entire system that is accompanied by public education, nothing will change, she adds. “We need proper garbage collection, recycling programs, unless all of those other things go along with education, nothing will change.”

For their part, governments across the region have adopted several tactics, through legislation, policies, public education and incentive programs, with mixed results. “Across the region, we tend to have the legislative approach, and what has happened in most jurisdictions is a top down government policy with very little lead time,” says Clayton. In Jamaica, the bans on plastic bags, straws and Styrofoam were all rolled out to the surprise of a lot of citizens.

McCaulay says some of these policies have had success. Jamaica announced a series of new legislations in September 2018, with a plastic bag ban implemented on January 1, 2019. This has gone relatively well, with most people now toting reusable bags to do their shopping. The ban on the distribution and manufacture of Styrofoam and plastic straws, enacted a year later, however, has been less successful. For food containers, merchants have simply switched to plastic containers that claim to be recyclable, but in actuality are not, McCaulay says. Most business owners, however, have adhered to the plastic straw ban.

One of the main sources of pollution is single use plastic bottles, which account for an average 21% of the trash collected during beach and coastal clean ups in the Caribbean. This problem demands a deposit return scheme, McCaulay says.

In Jamaica, this is being spearheaded by the private sector, but has yet to translate to a widespread effort.

Ollyvia Anderson, director of public relations and corporate communications for the National Environment and Planning Agency in Jamaica, says that overall, citizens were slow to adopt the new regulations due to a lack of knowledge. “We were a little slow out of the blocks in terms of the uptakes,” she says. “For a lot of Jamaicans, they were concerned about the alternatives, and a lot of persons were not aware of alternatives, so we used public educations to bring them up to speed.

“We are now seeing conversions where that has occurred with bags and straws. In terms of the foam food containers, we are seeing less and less of those on the market. People are adjusting but hasn’t been without challenges.”

With this in mind, enforcement has been by the government as a tool to encourage behavior change. To date, 41 businesses and individuals have been charged under the National Resources Conservation Act, with 27 of those convicted. The maximum fine is JMD$2 million, which is almost US$14,000.

It’s not enough, says McCaulay. If she were to assign a grade to the government’s efforts, she would give them a ‘D+.’ “It’s the usual lots of rhetoric with a very wide implementation gap.” 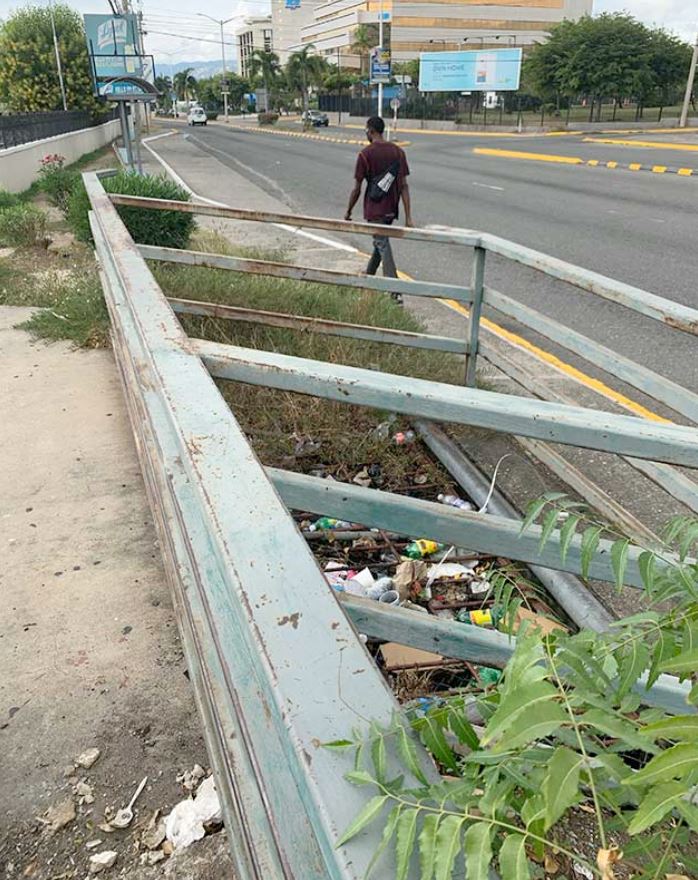 Nomadland: Not a Single False Beat 2 minutes ago

Covid Care Facility Rolled Out at Rakabganj Gurdwara 23 minutes ago