MATHURAPUR: Waste by overconsumption is a curse in our life and a demon to the natural world. Ecologists tell of the damage done by waste materials, but nothing fruitful comes out of it. So the three R’s of Reduce, Reuse, Recycle have become integral parts of our daily life, keeping the dangers of overproduction at bay.

The people of Mathurapur in South 24 Parganas, West Bengal have for years observed a best practice of waste management by organising a kind of fair, the Bhanga Mela, where they exhibit used, abandoned household stuff for sale. Thousands of people come here to buy these articles for use in their homes.

One may not find it full of entertainment or razzle dazzle. There is nothing new here, no shiny toys but only scraps. While much of the world craves newly built, eye catching furniture and decor, people in Mathurapur instil meaning, beauty and purpose in what is abandoned and scrapped and left behind.

Each year in mid January this rare fair is organised in Mathurapur village. Used clothes, beds, chairs, clocks, computers, televisions, radios, phones, water pumps, cycles and what not world you see there. We all are aware of platforms like Quikr and OLX in this era we breathe through the internet. We visit in need of things we cannot afford to buy unsold. This is how the people of Mathurapur chose this fair.

“People here aren't capable of buying things at the rate of city people. But that doesn't mean they cannot taste lavishness or kill their desires, does it?” Montasir, a seller at the fair asks The Citizen.

Bikas Mondal, a visitor from a nearby village echoes the thought. He is checking some used mobile chargers. Asked why he doesn't just buy a new one, he counters “Can a man whose livelihood depends on daily wages buy a brand new charger?” At the fair one can buy a charger for 20 or 30 rupees.

Raju Bhandari, a furniture seller, was seen fixing and adding lost glory to a large bed. He said the bed he was polishing sold at 25,000 when it was new and now he is selling it at 9,000. “Generally it’s sellers from big furniture shops in nearby villages who buy these beds.”

Eventually I came upon a stall where beautiful paintings were sold. They were collected from various heritage buildings that had been destroyed to accommodate new flats or shops. These paintings are so incredible I am sure they will cast a spell on art lovers here.

Ehsadul Seikh is in his seventies. For three generations his family have been engaged in this ancient fair. Rumour says it has been organised annually since the time of Chaitanya Dev. Spread out over 4,000 square feet it usually runs for a month, but this year due to the pandemic the government only gave it ten days.

Amidst these old, used things one may find precious things of high antique value the sellers do not know about, while those with expert eyes to see the unseen do visit year after year, in search of a diamond shaped like coal. 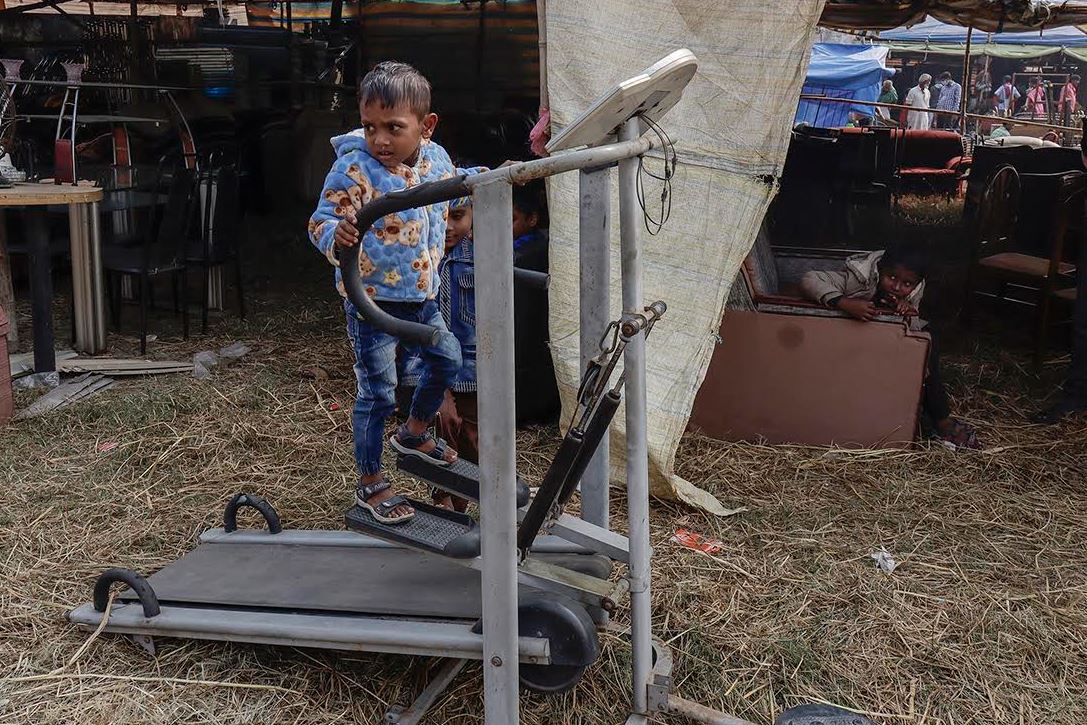 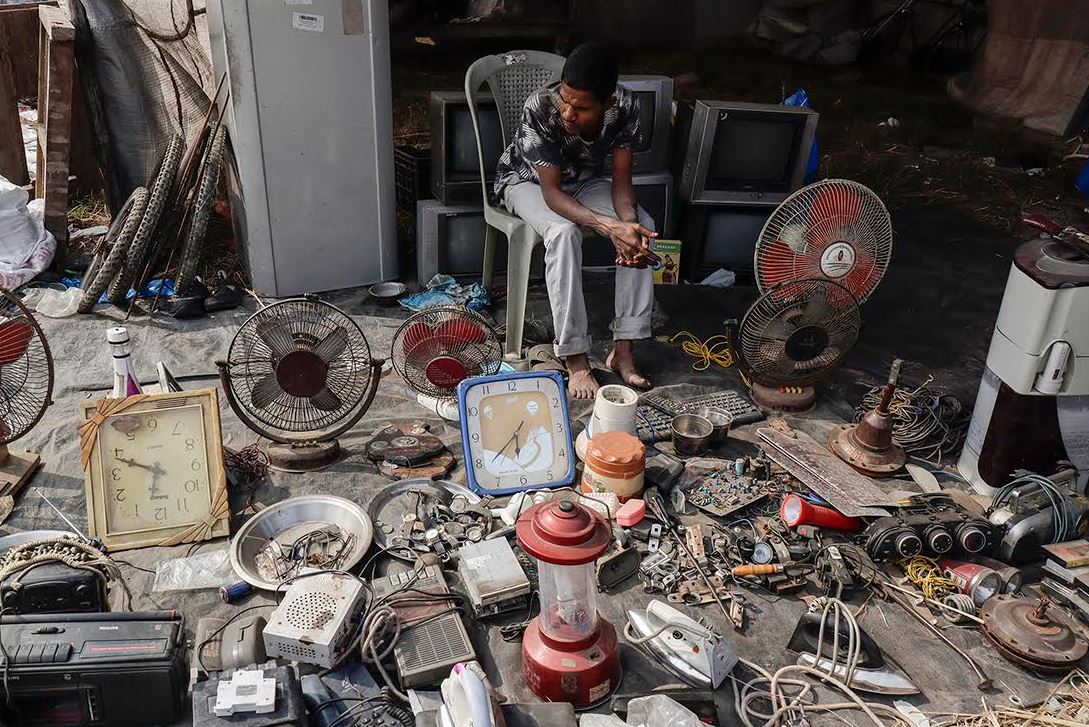 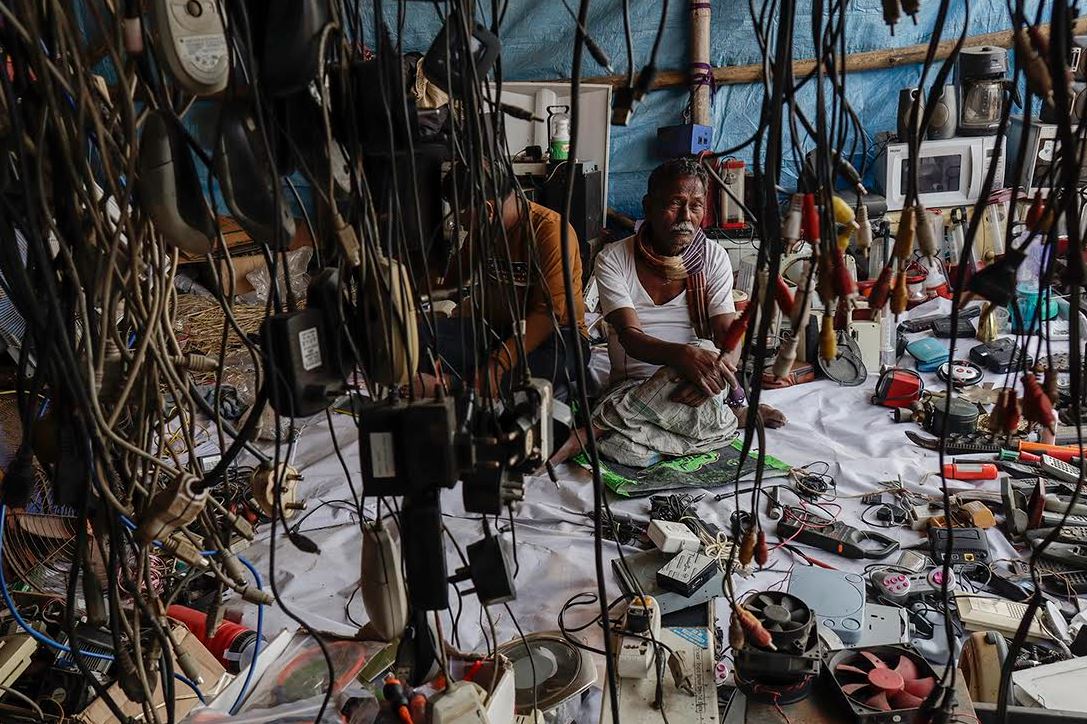 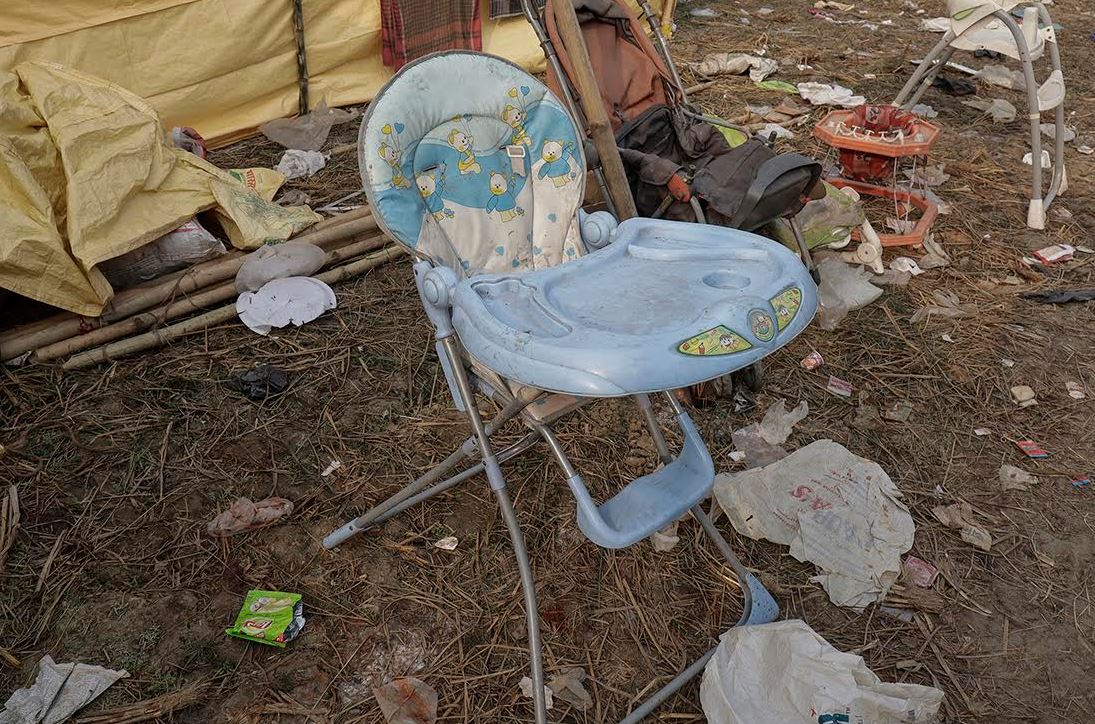 An old perambulator was found in the fair​​​​​​​ 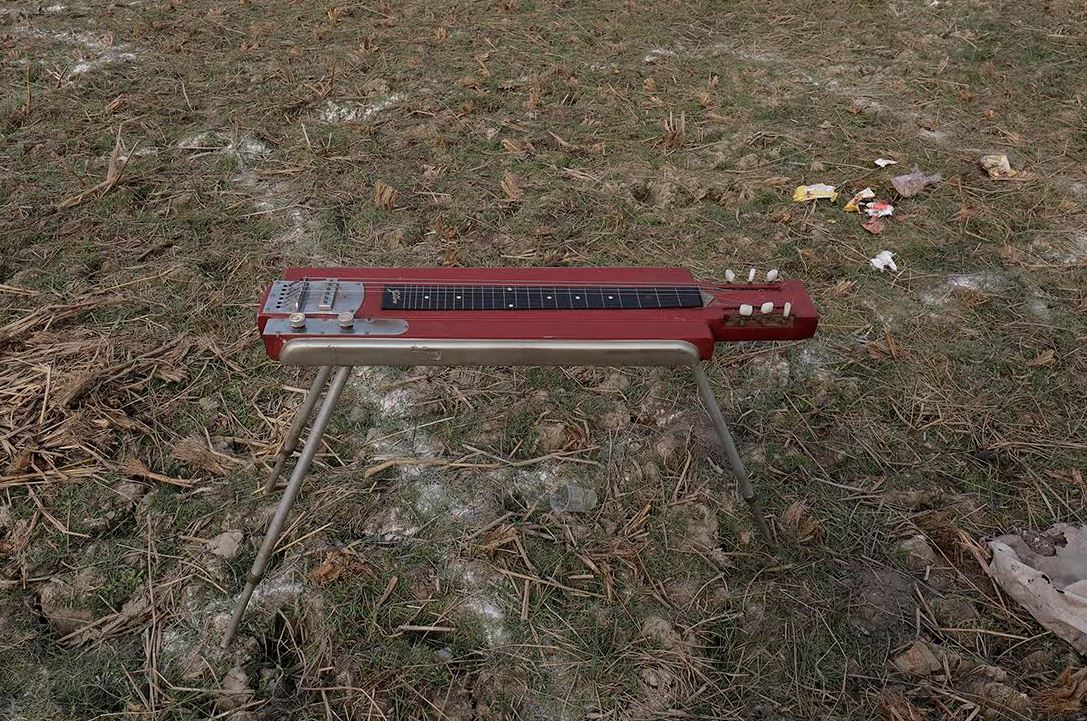 An old musical instument was found in the fair​​​​​​​ 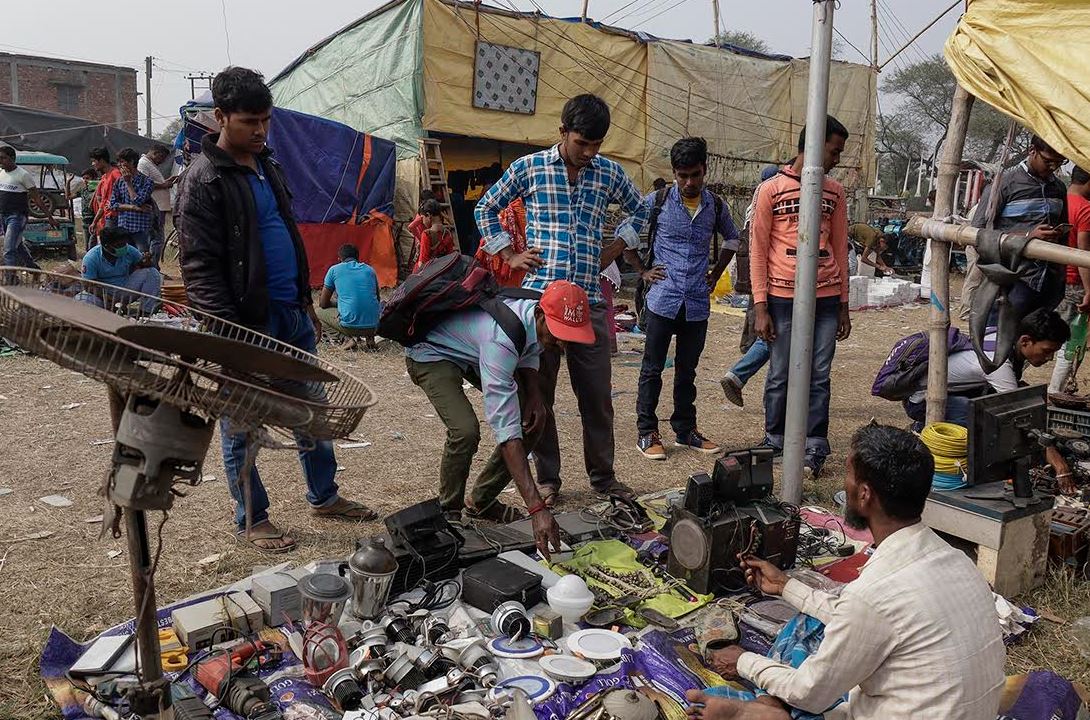 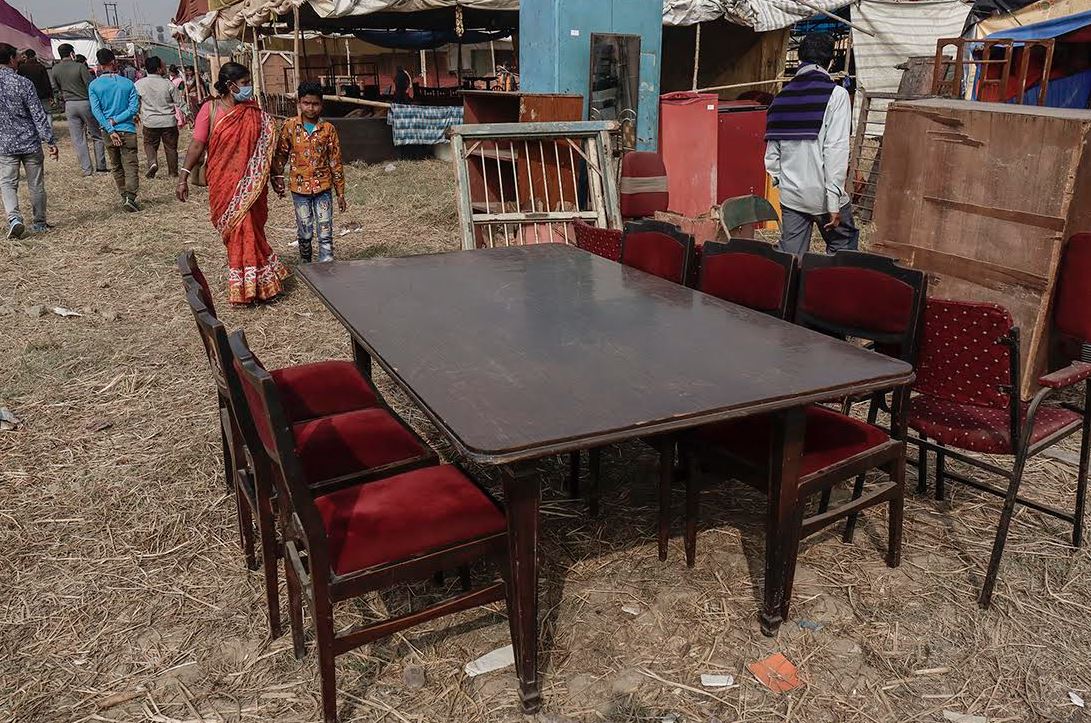 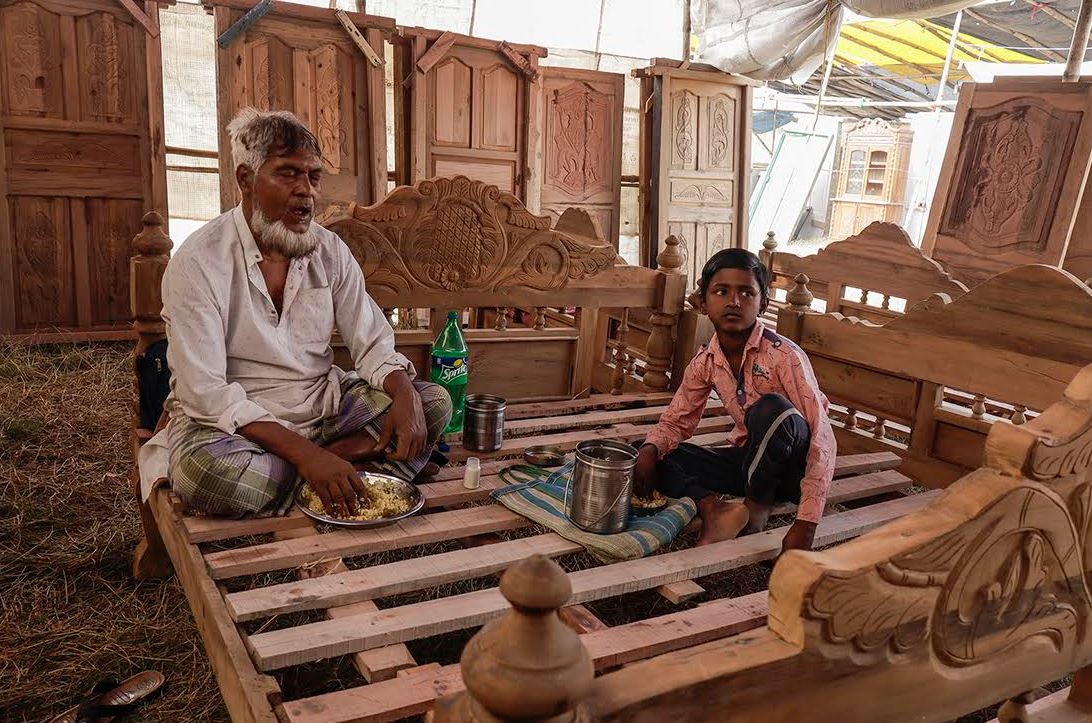 Ehsadul Seikh with his grandson having their lunch​​​​​​​ 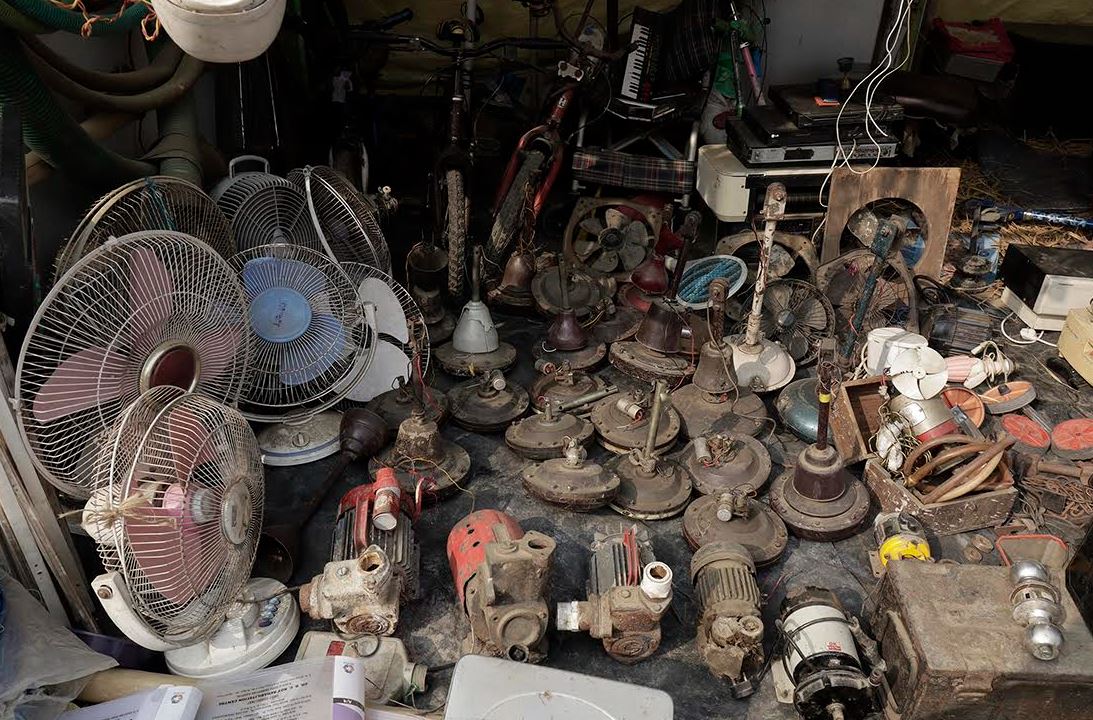 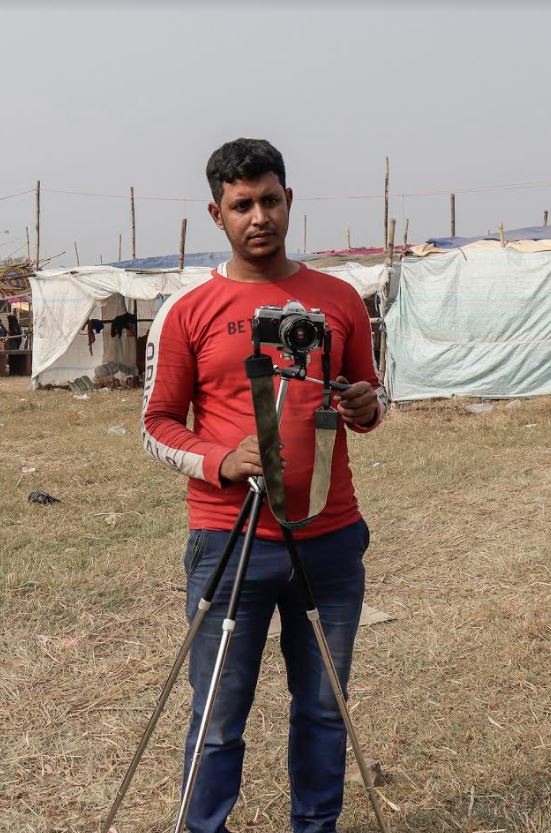 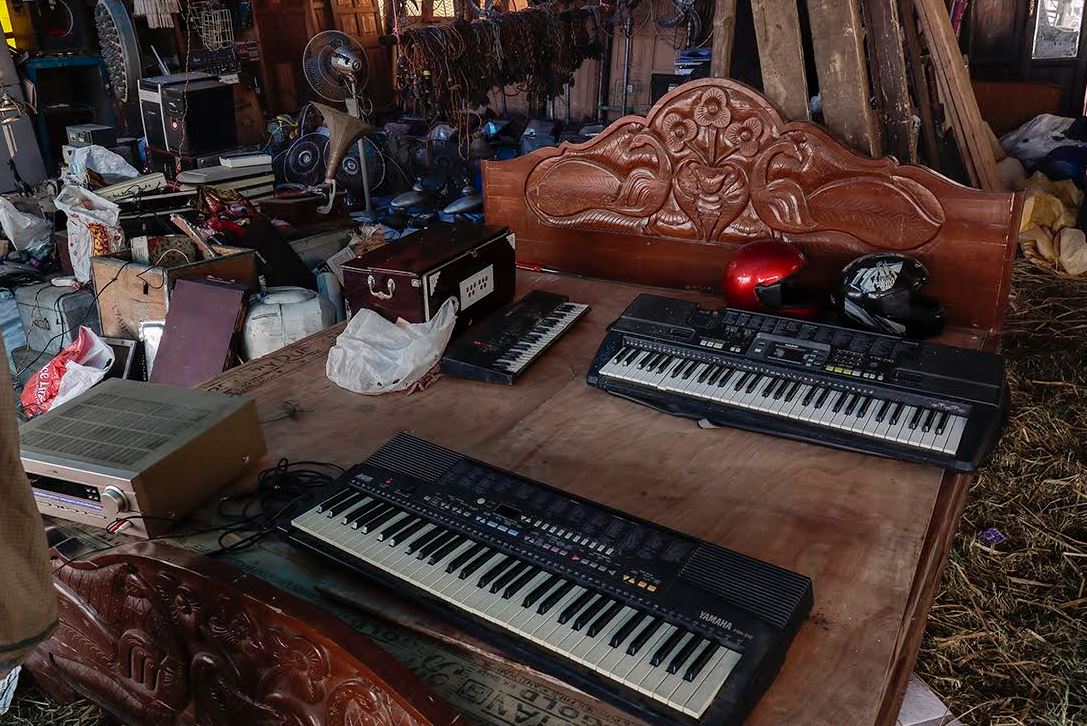 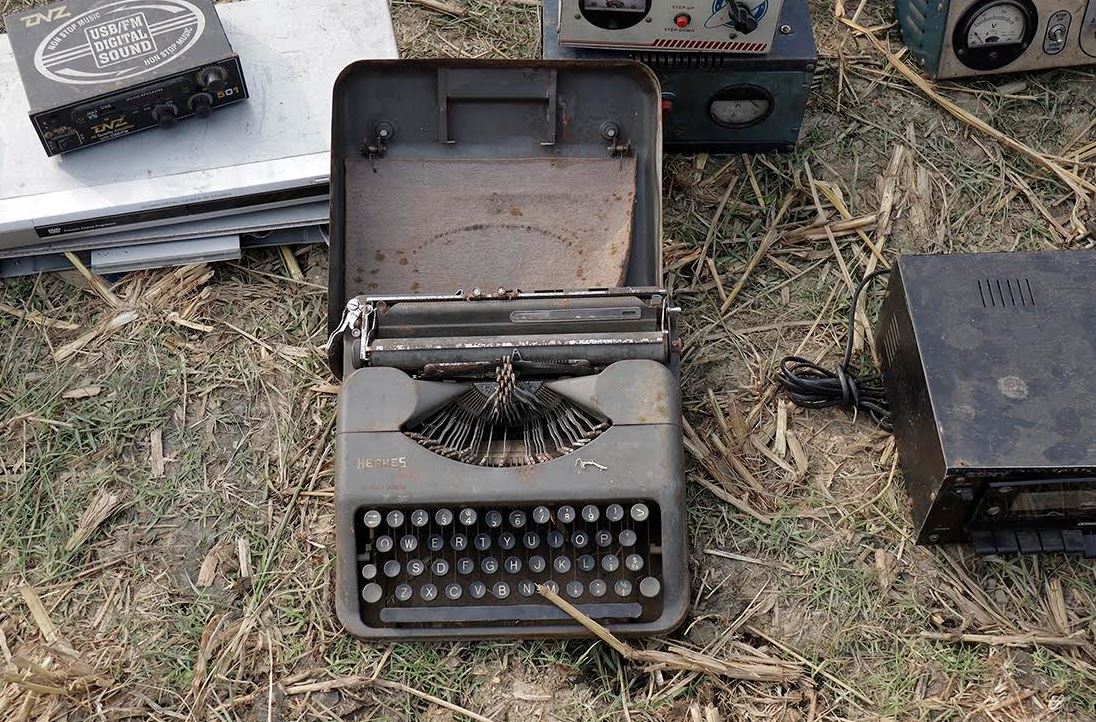 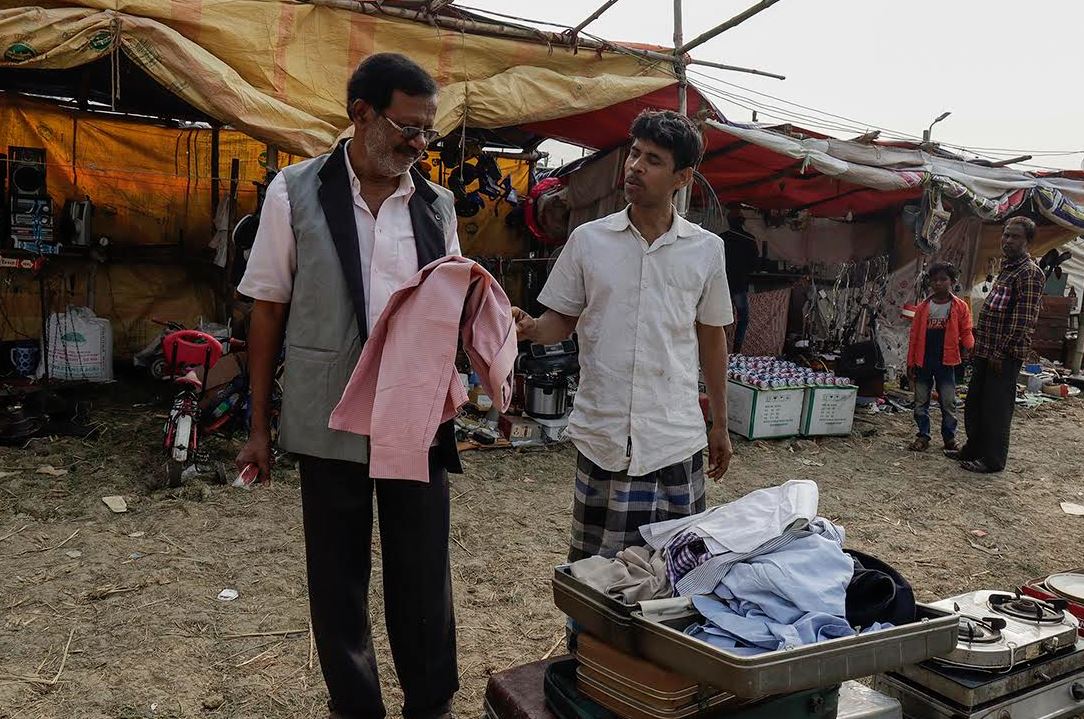 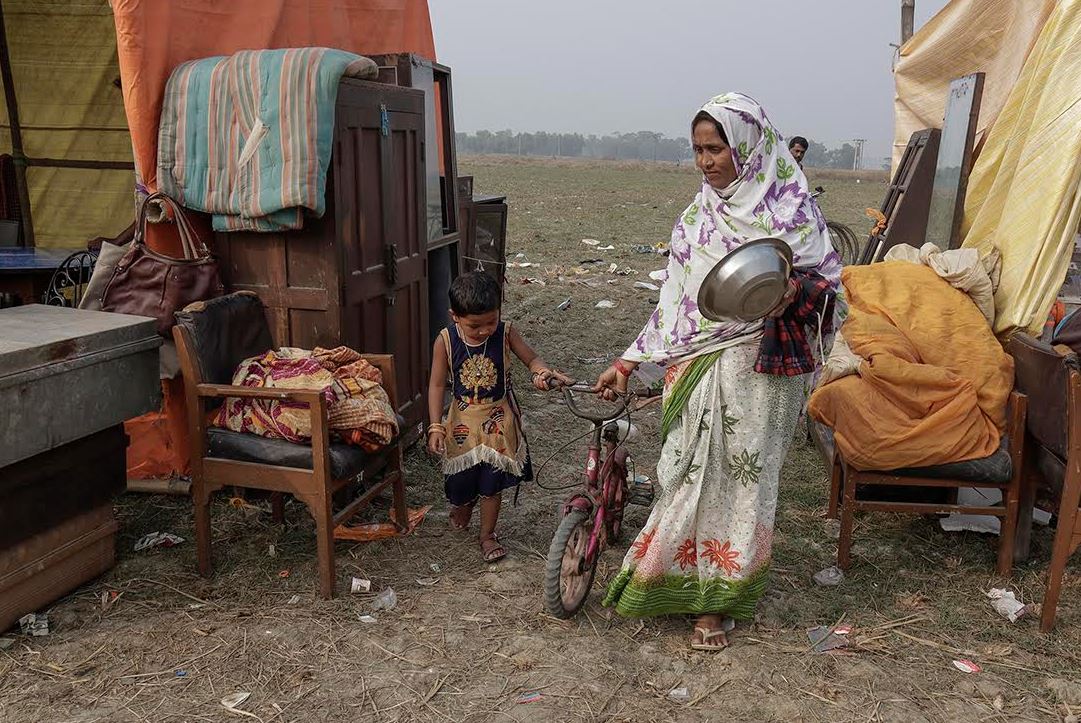 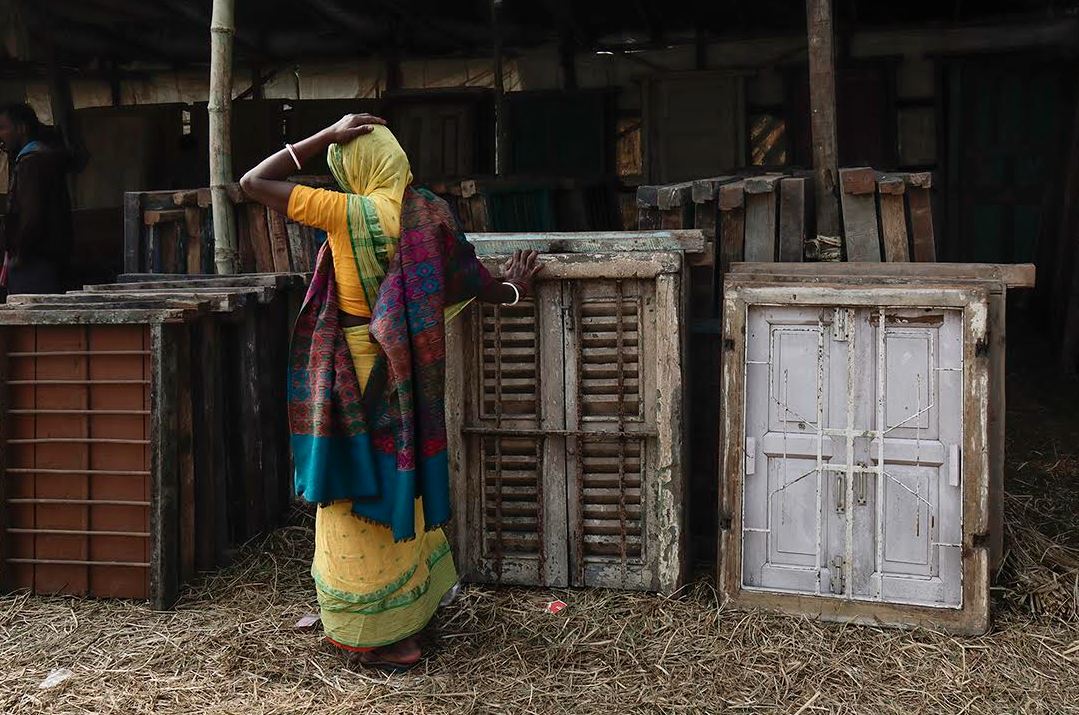