Formaldehyde found in the air over Kanpur, Delhi

The World Air Quality Report released on March 17 places New Delhi as the world’s most polluted capital for the third year in a row. 14 of the 15 most polluted cities in the world are in India, while China, Pakistan and Bangladesh have only two each.

This is not the first study on rising air pollution in Indian cities. Every year one or the other international organisation releases a report on the hazardous air here, but instead of making efforts to reduce the pollution, an even more urgent concern given the pandemic, the Indian and state governments avoid it every time by making excuses.

On April 28 an international team of scientists from the UK, Belgium, Jamaica and India released their findings on rising air pollution in a number of cities in India, including Delhi. The study used observations from satellite instruments to estimate trends in a range of air pollutants between 2005 and 2018.

According to the study, the amount of PM2.5 and nitrogen oxide particles, both hazardous to health, has been steadily increasing in Delhi and Kanpur, while these pollutants have been declining in London and Birmingham over the same period, reflecting the success of policies targeting sources that emit these pollutants.

The study also found formaldehyde among the air pollutants, which scientists had never mentioned in the earlier studies. The presence of formaldehyde in the air in Delhi, Kanpur, London, and Birmingham took them by surprise. According to researchers, formaldehyde emissions in London and Birmingham come from personal care and cleaning products and a range of other household sources, while in India it comes from vehicles as well.

Increasing air pollution adversely affects the health of all kinds of flora and fauna including human beings. According to the India State-Level Disease Burden Initiative, 1.7 million people died in India due to air pollution during 2019. A 2020 report by Greenpeace Southeast Asia estimates 54,000 people died of airborne diseases in Delhi alone last year. Air pollution killed 25,000 people in Mumbai, 12,000 in Bangalore, 11,000 in Hyderabad and 11,000 in Chennai.

The worst effects of air pollution are on children's health. According to a study by researchers from AIIMS, Kalawati Saran Children's Hospital and Vallabhbhai Patel Chest Institute, increasing levels of air pollution increase the likelihood of lung and respiratory diseases in children 3 to 5 years old by 21 to 28 per cent.

Air pollution causes premature death of the urban poor. According to a recent report released by the University of Birmingham, more than 46,000 poor people in Delhi often sleep on the sidewalks after the day’s work due to the lack of public accommodation and inflation of rent. Many also work in the most polluted places like industries, thermal plants, construction sites due to which they die prematurely because of exposure to toxic air.

Despite so many deaths, curtailed or unhealthy lives spent in suffering, our Union Environment Minister Prakash Javadekar had made a statement in 2019 that no research shows that Indians die from air pollution. Maria Neira, director of the World Health Organization, responded to Javadekar's statement at a meeting in Madrid, quoting it satirically at the 25th COP conference, saying how good it would be if Indians were not affected by air pollution, but alas! this is not the truth.

Air pollution also affects the economy of each country. The Greenpeace Southeast Asia analysis found that of 28 cities around the world Delhi suffered the most economic losses from air pollution at Rs.58,895 crore in 2020, Mumbai has lost about 26,000 crore, Bangalore 12,000 crore, Hyderabad 11,000 crore and Chennai Rs.10,000 crore.

Air pollution also comes at a heavy cost to society. People are forced to spend millions of rupees treating lung and respiratory diseases as well as heart and skin diseases. Many people lose their relatives and friends to them, which is a never ending social loss.

The main causes of air pollution in Delhi are the increasing number of vehicles and industries, construction work, burning garbage dumps, thermal plants, dust on the roads, burning of crop residues in the northern states, the annual winter fires and fumes, and firecrackers during Diwali.

Our governments need to take four measures to reduce air pollution here. First they should enforce a ban on the use of firecrackers on religious occasions or weddings and take legal action against violators.

Second, the Union government should provide machinery to farmers at affordable rates to protect Delhi from crop residue smoke pollution, and help Punjab, Haryana and other states to adopt a cropping pattern suitable to their agro-climatic conditions.

At the time of first lockdown Covid-19 the government was forced to shut down industries and private vehicles, leaving the skies clear. While farmers in Punjab and Haryana were still harvesting their crops and burning crop residues, this didn’t increase air pollution levels at the time.

Therefore, the state and union governments should take legal action against industries that do not comply with environmental regulations. The rules set by the Union Ministry of Environment, Forest and Climate Change in 2015 should be strictly enforced on coal-fired thermal plants that emit large amounts of sulphur dioxide, nitrogen oxides and PM10 and PM2.5 particles into the atmosphere on a daily basis.

Owners of these thermal plants made a writ petition to the Supreme Court to relax these environmental regulations in 2015 and they were granted relief till 2022. According to a report by the Center for Science and Environment, currently only 2 out of 12 thermal plants meet environmental regulations. Such laxity on the part of the government is responsible for the rapid pollution of Delhi's environment, and the deaths and sickness of large numbers of people.

Governments and businesses should also use modern technology to deal with the piles of garbage. Strict adherence to environment friendly rules should also be enforced on construction sites.

Our governments also have a large role to play in making public transport more efficient, which will reduce the number of private vehicles on the roads.

In the medium term, the use of coal and other fossil fuels for power generation should be stopped completely so that Delhi and other cities in India can be free from air pollution, an invisible poison that is devouring thousands of lives every day. 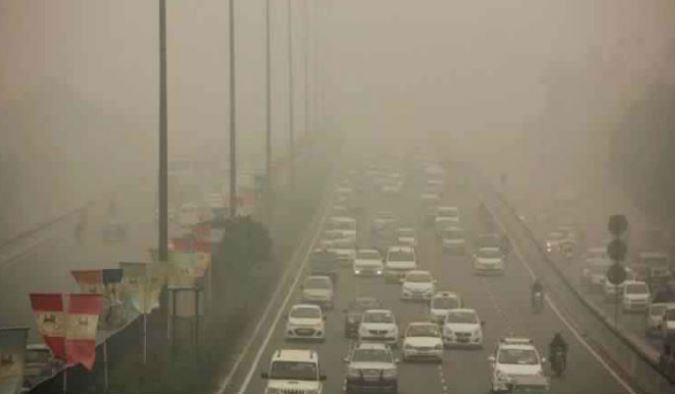