How long can people live this way?

Barely a year ago supercyclone Amphan devastated people’s life in the Sundarbans. Now amid the Covid destruction and a weak economic backbone comes cyclone Yaas as an additional disaster to the people of the land.

Innumerable houses collapsed when Yaas approached. Many people lost shelter, some even died. Now the villagers have a tough fight ahead to overcome the catastrophic situation.

Cyclone Yaas recalled the terror of Amphan amongst the people of Sunderban. Although the cyclone was mainly centred along the coast of Odisha, it severely affected other coastal regions across the Odissa-Bengal coastline. Sunderban is one such severely affected region, where an extreme swell of water has caused salination and huge loss of land, creating a more devastating situation than Amphan.

Father carrying his son to a cyclone centre 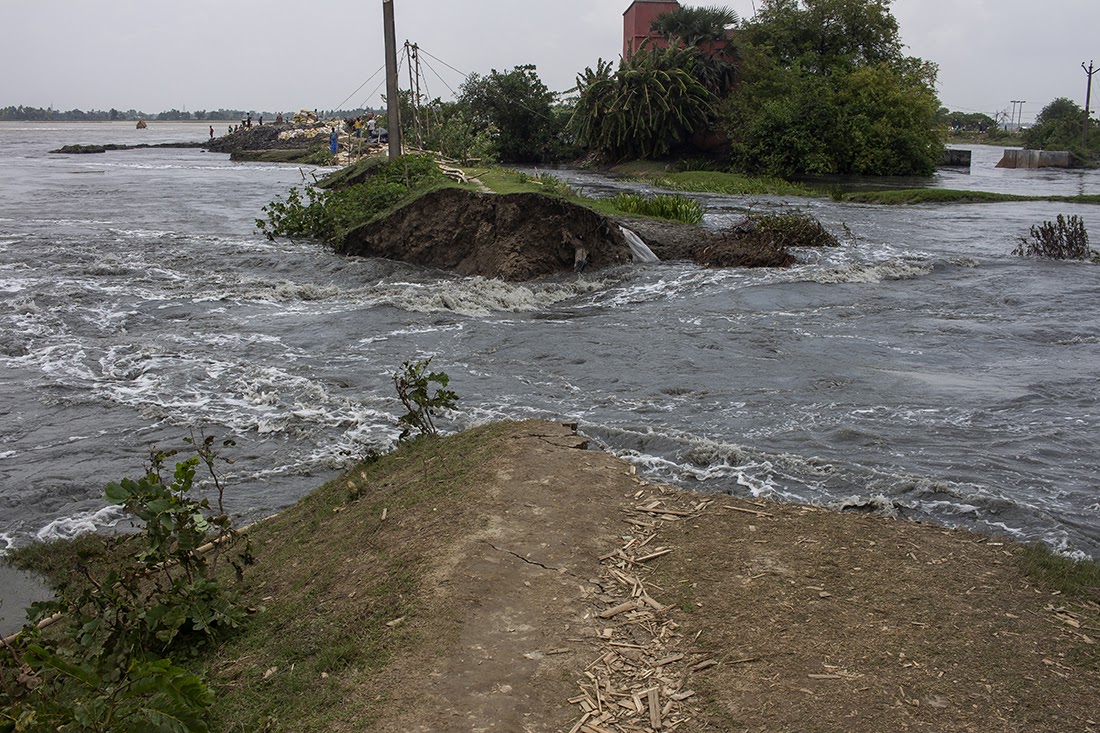 Yaas made landfall on May 26, which coincided with the phenomenon of Spring Tide or a full moon night with huge tidal waves. This caused the water to rise to an extreme level, resulting in floods and loss of life. More than 200 dams have been broken and shattered, thousands of fishes died and are being buried in the soil, uncounted mud-houses have been destroyed. People are facing a much worse situation than previous cyclones this time.

Sunderban’s geographical location makes it very prone to natural disasters. It has experienced the severe consequences of cyclonic storms like Aila, Fani, Bulbul and Amphan. From previous experiences, people in Sunderban had already reinforced themselves, building concrete shelter houses and effective dams. The Yaas forecast alarmed them enough to move to such places, but they are limited in number. Most people in Sunderban live in mud-houses, and they suffer the most during such calamities.

A woman struggles to get some drinking water

Now many villagers are demanding to build cement dams, which they think will be stronger and more effective than earthen dams.

However, Umashankar Mandal, a Sunderban activist and teacher of geography has conveyed that earthen dams are still more effective than cement dams, but they have to be technically improved. “There must not be any void in between the soils during construction. Along with that, the dams must be under high maintenance and there must be mangroves planted along with the earthen dams. This would make the dams sustainable and eco-friendly,” he said. 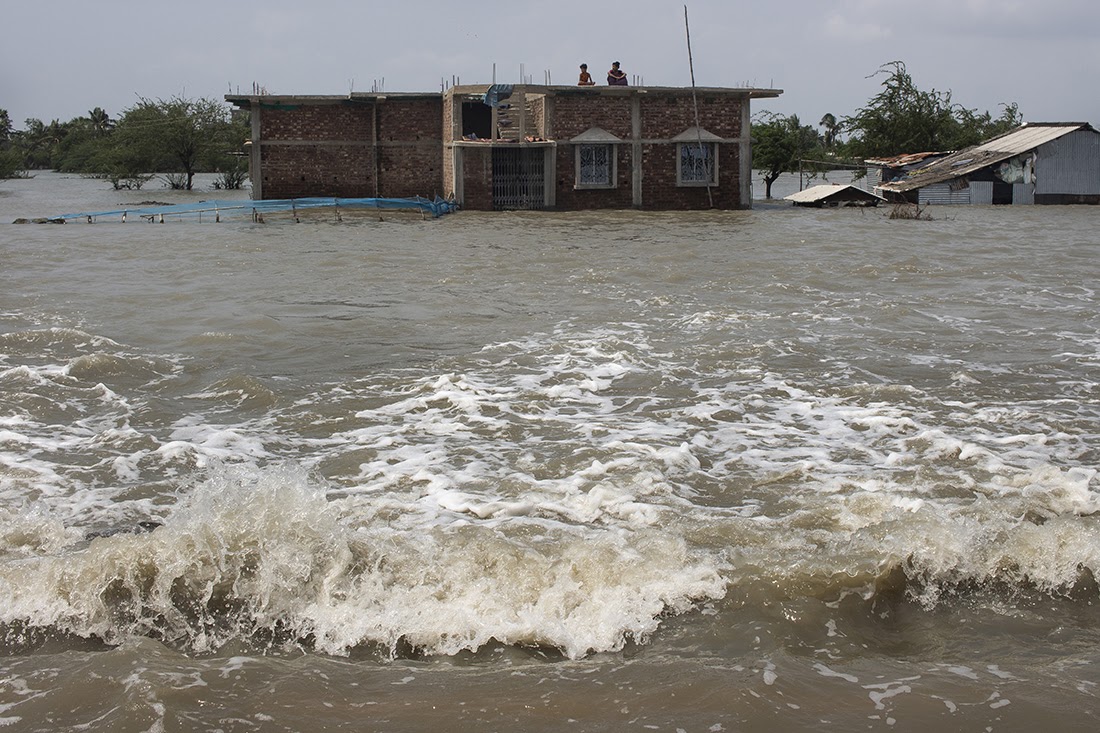 People sitting on a building as the water rises 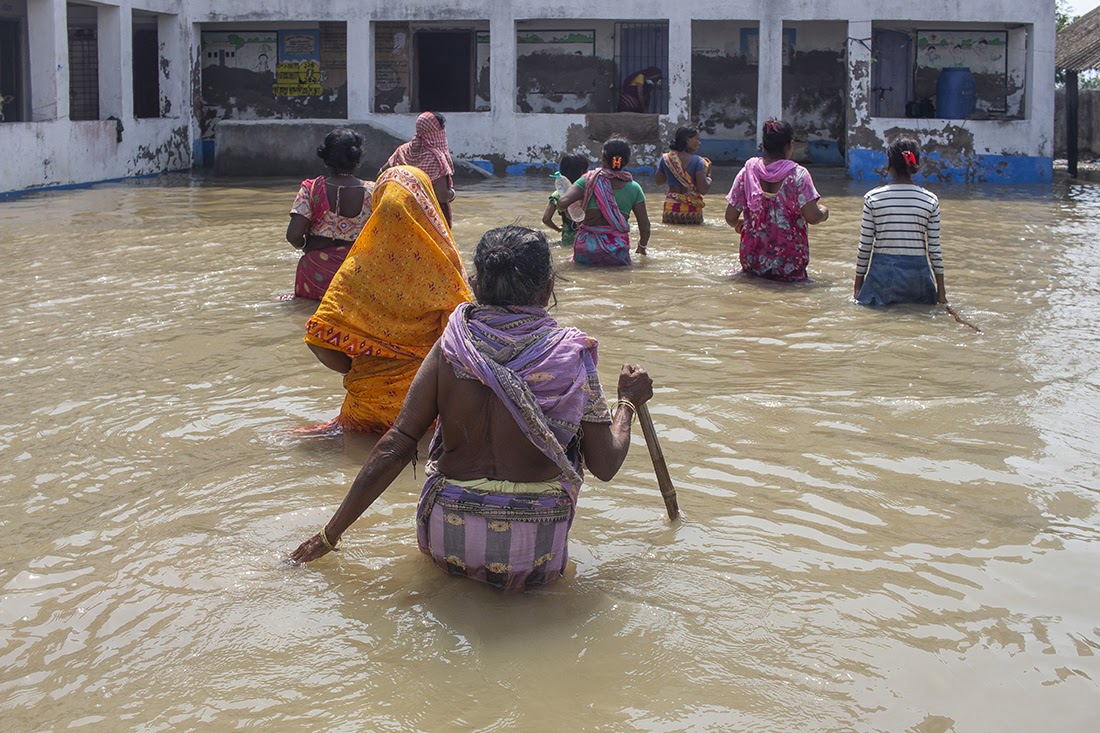 Due to the influx of salt water, there has been a scarcity in drinking water across the villages of Sunderban. The salt water has also mixed in with the mud of the houses, making it fragile. This would result in slow destruction of the mud houses that survived the cyclone.

Many places such as Sandeshkhali, Dhamakhali, Satjelia, Minakha, Gosaba, are now completely occupied by salt water. The fertility of the land also deteriorates in salt water, causing a huge impact on farming. Farmers here are now fearful of financial loss.

Ibrahim Sardar (34) of Bhangankhali, Canning said, “If this continues, people will not be able to eat anymore, people will be forced to look for work outside. What else can I do if I can’t cultivate? Where is the work? There is no way out.”

Removing dead fish from the water

Many people believe this catastrophe will eventually lead to more climate refugees.

Bimal Haldar, a fisherman in Sandeshkhali, Block 2, North 24 Pargarnas, said that his fish worth lakhs of rupees has been destroyed in this flood. His whole pond and the area adjacent to the house is stinking of dead fish. There are about 30 villages which are now under water.

Haldar is an activist of the Trinamool Congress. “If the Hon’ble Chief Minister arranges for proper concrete embankments along the rivers in the Sundarbans, to be built with cement, then the Sundarbans can be saved from the catastrophic breakage of these dams,” he said.

“The problem of breaking dams is nothing new in the Sundarbans, earthen dams do not last long. It breaks down when there is a slight water current or rush.”

Haldar said once a fish dies in brackish water, it cannot be made edible. This indicates a huge economic loss. Haldar further added that the work to dig up the soil and bury the dead fish is already in progress in many villages. 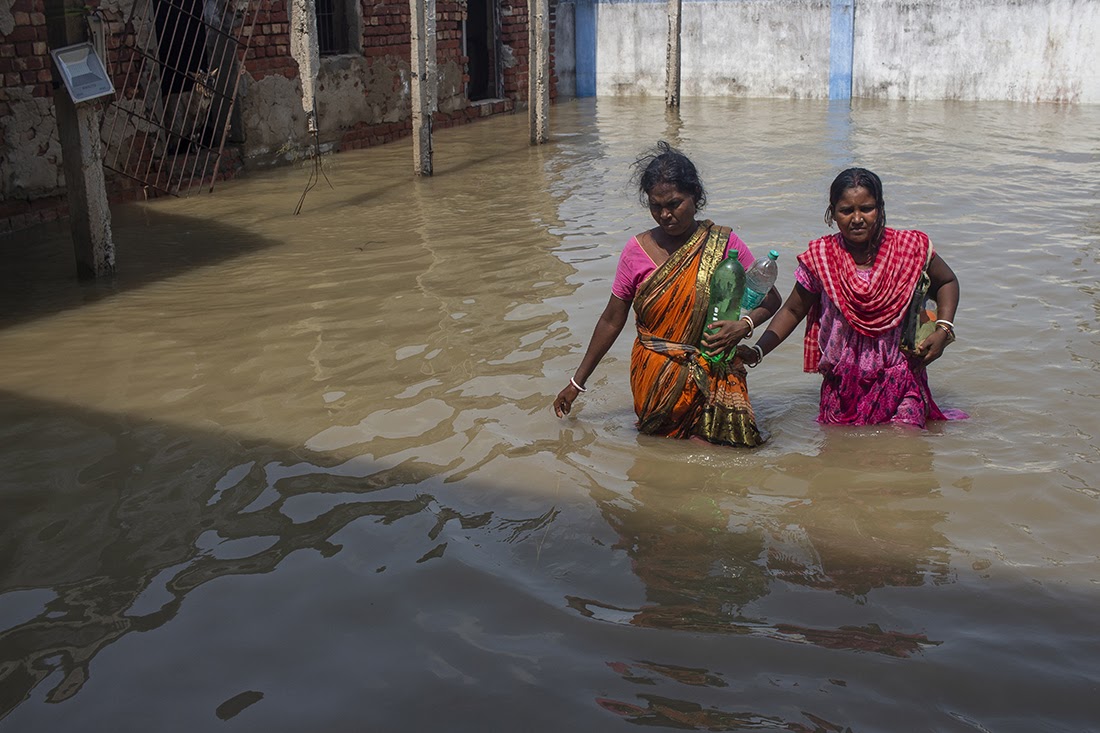 Water crisis after the flood

Locals of the land are traumatised as they believe the sufferings due to the cyclone will continue for long, until the Neap Tide approaches, until the dams are rebuilt. The reconstruction process needs huge manpower and resources. It is lengthy and tiresome. But the question is, what will happen to human life and survival here? How long can people continue to sustain their lives this way?