Yaas and Tauktae Show Our Economy Must Change

Nearly half of all Indians live in states along the coast

On May 26, Cyclone Yaas from the Bay of Bengal hit the coast in Bhadrak district north of Dhamra port, Odisha. This is the second cyclonic storm to hit the Indian coast in just a week. Yaas with strong winds of 130-145 kmph has caused severe damage to buildings and houses in Odisha and West Bengal. Near Dhamra port in Odisha, high sea waves and heavy rains caused landslides and inundated low-lying areas. Many villages in Odisha’s Balasore district were also flooded.

It forced the evacuation of a million people from Odisha and West Bengal. According to reports it killed three people in Odisha and one in West Bengal. It has caused heavy rains in nine districts of Odisha, where heavy rain in Mayurbhanj district have caused floods in the Budhabalanga river.

West Bengal chief minister Mamata Banerjee said the state was affected the most by the cyclone which affected one crore people in West Bengal and severely damaged three lakh houses by heavy rains and strong winds. Many areas in West Bengal's South 24 Parganas, Howrah, Hooghly, Kolkata, and Digha districts were submerged. Rising water levels in the Bay of Bengal and the Hooghly river have caused flooding on Sagar island. About 1,100 villages in West Bengal have been hit by the cyclone.

The southern part of India is surrounded on three sides by the sea. The total length of the coast here is over 7,500 km with 10 states and 4 Union Territories located along the coast. These areas are home to 40% of Indians.

With the rise in temperature caused by human agroindustrial activity the sea level has already risen by an average 0.85 cm as compared to the pre-industrial period, according to the IPCC. Many scientific research studies bring out the fact that rapidly increasing sea level and sea temperature have resulted in an increasing number of cyclones and hurricanes. The obvious proof is before us. Before cyclone Yaas, Tauktae wreaked havoc on India’s western coast, killing at least 150 people and causing an estimated $2.1 billion in damage.

India experiences an average of five cyclonic storms each year, and one severe cyclone occurs almost every decade; cyclonic storms have historically been more frequent in the Bay of Bengal. In November 1970, the devastating cyclone Bhola that hit the Bay of Bengal was the deadliest cyclone in recorded history, killing at least half a million people in East Pakistan.

The last super cyclone to hit India occurred in 1999 causing nearly 10,000 deaths and heavy loss of property in Odisha. It was only after the tsunami hit in 2004 that the Government of India set up National Disaster Management Force (NDRF), Disaster Management Committee (DRMC) and District Disaster Management Committees (DDMCs). Earlier, only troops would be called in during any natural disaster. A tsunami alert center was also set up to provide advance information about tsunamis and earthquakes in the coastal region, but it closed a year later due to lack of funds.

Meanwhile the Indian Meteorological Department has made much progress, and after the onset of a cyclone over the ocean it is able to provide accurate information about its path, expected site of landfall and the speed of winds in it, which is given to the concerned areas in time. Thousands of lives are now being saved through advance warning of cyclones given by the Meteorological Department, which is a very commendable step. Cyclone Yaas killed only four people, and most of the deaths in Tauktae seem to have been due to negligence on the part of the oil company which did not redirect all the boats to safe places despite having advance notice of the severity of the cyclone.

Some 500 million people live in the coastal rim surrounding the Bay of Bengal, the world’s largest bay. The region is also home to some of the world’s most dangerous cyclonic storms, which are often deadly because of the region’s poverty.

Besides monitoring, forecasting and evacuation, the Union and State governments should take good care of the coastal vegetation to protect people in coastal areas from cyclones, as this is a natural disaster prevention. Governments should refrain from establishing industries and cities in the coastal areas, which results in deforestation, and the increasing incidence of natural calamities will cause more financial loss.

The floods in 2015 and drought in 2019 in Chennai, heavy rains in Kerala in 2018, and the floods in Mumbai in 2015 and 2017 are warning us to be prepared for more calamities due to global warming caused primarily by industrial emissions and agricultural land-use change including deforestation. To cope with natural disasters, we need to be friendly with nature and conserve our natural resources. We have to take great care of the vegetation and wetlands in the coastal areas.

If we continue to destroy them at the current pace we will face more natural disasters. That is why we must now adopt a pro-people and nature-friendly model of development. 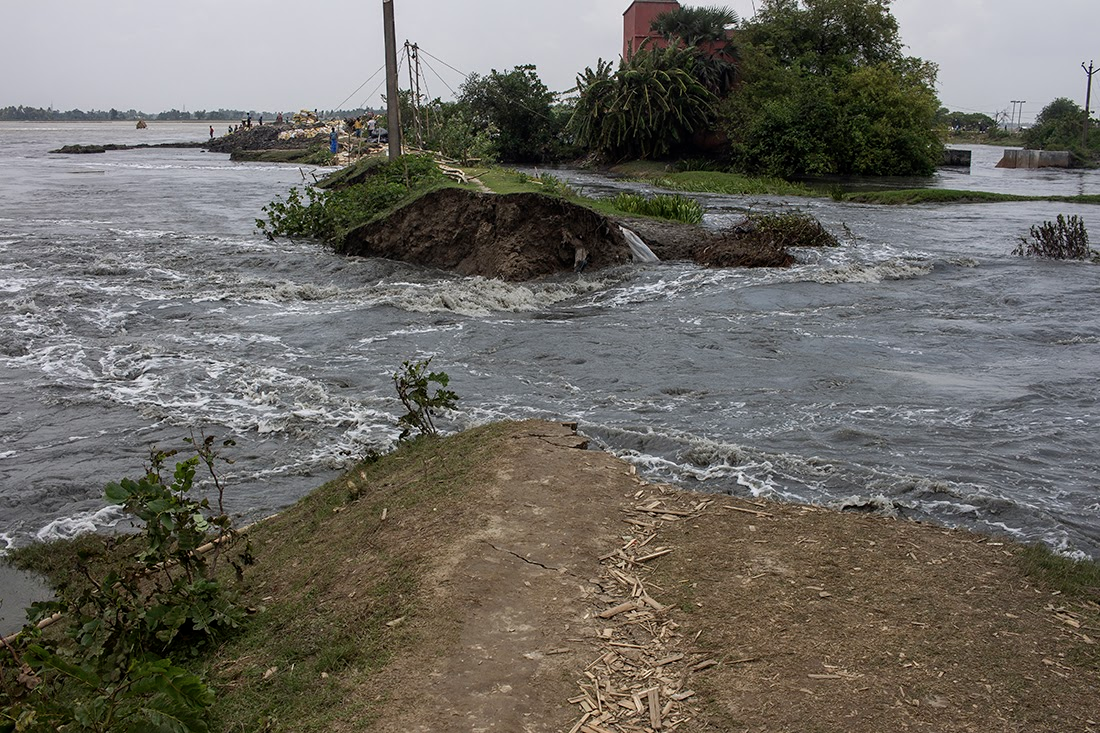