The Kinnaur Tragedy and the Carrying Capacity of the Hills

‘Absolutely zilch governance on these aspects’

The killing of nine persons on July 25 when boulders rolling down a hill after a massive landslide smashed into their vehicle in Kinnaur, Himachal Pradesh cannot be passed off as a routine accident.

These nine people, eight of them tourists and one the driver of the vehicle were going from Chitkul to Sangla and the landslide took place near Batesri village on the Sangla-Batesri stretch. Reports say that among those who perished in the tragedy was a young doctor from Jaipur and a lieutenant of the Indian Navy.

This tragedy is yet another to raise several questions about unchecked construction in the fragile ecosystem here, and the unprecedented tourist arrivals that the hill stations have witnessed after the subsiding of the second covid wave.

“The ball obviously falls in the court of the administration. In places like Kinnaur that are very fragile in terms of ecology and geomorphology, there is a dire need to check the number of arrivals even during dry weather,” said Digvijay Singh Negi, a district grassroots politician and social activist.

“Things become more dangerous during the rains. Issuing mere alerts does not serve the purpose. The tourists should be told at the various checkpoints that there is danger ahead as the area is landslide prone. They should be told to avoid traveling on this terrain particularly during the rains. This can be done even through administrative orders,” he said.

More broadly, “The arrivals should be directly linked to the carrying capacity of the hills.”

Locals point out that they are already living under the shadow of death in such areas, where lives have become all the more vulnerable because of the so called ‘development projects’ imposed on them.

Social and environment activists who have been working for the health of this fragile ecosystem have long emphasised that this geologically and ecologically fragile landscape is highly prone to landslides and climate disasters.

Yet the region has suffered rapid land use change, most of it for the massive construction of hydropower projects, over the last three decades. Experts are underlining that the terrain can no longer be messed with.

They believe there is no shortcut around thorough, micro-level land use planning and disaster preparedness. They say the local Adivasi communities must be at the centre of planning and government here, with livelihood and conservation going together.

Manshi Asher of the Himdhara Collective told The Citizen that “there is no regulatory framework as far as tourism is concerned. There has to be a comprehensive policy in place. It needs to be studied what is the carrying capacity of an area, how many vehicles can ply on the roads, how many people can stay in an area, how are the water resources being managed, what is the waste management mechanism in place etc.”

At present “there is absolutely zilch governance on these aspects.”

Asher pointed out that Kinnauri youth have been putting in a lot of effort to take forward the region’s apple economy, and are deeply interested in a farm based economy.

“The emphasis should be on how this economy needs to be strengthened. The scenario is such that with nothing else to sell to the population, there is a diversion towards tourism and hydropower projects. There are still some regulations in place when it comes to hydropower - although they are often flouted - but in the case of tourism even these are missing. Tourism definitely needs to be looked at afresh.”

A hard-hitting editorial in the northern region’s largest selling daily also raised the importance of preventing such tragedies instead of reacting to them.

“It is also imperative to promptly repair damaged infrastructure such as roads and bridges that are the lifeline for commuters. Governments are quick to announce ex gratia relief when such tragedies happen, but the priority should be to ensure that things don’t come to such a pass.”

Jiya Negi, an activist from Kalpa in Kinnaur, said that “the land structure needs to be studied in this region. The hydro projects that involve large-scale blasting have taken their toll, making the area more vulnerable to disasters. They have played with nature.”

Asher together with Prakash Bhandari of the Himdhara collective conducted a study on the ‘impacts of hydropower development and compensatory afforestation on forest ecosystems in the high Himalayas’. They emphasise that:

“All planning, impact assessment and decision making processes need to be contextualized in local ecologies and democratized through involvement of local communities who inhabit these ecosystems.

“This calls for a systemic breaking away from economic and political pressures of the current development model and global climate politics, both of which are dictating the agenda of hydropower proliferation and financialization of forests, the costs of which are being transferred to vulnerable ecosystems and people dependent on them.”

The study brings to the fore how Himalayan ecosystems have seen the proliferation of hydropower development, touted as a “clean” alternative to fossil fuel energy regardless of the destructive impact of dams.

“In order to mitigate the loss of forest lands diverted for hydropower projects, countries like India have compensatory afforestation policies, which have meant more physical interference in natural landscapes, whose long-term consequences remain under-researched.”

“Not only have construction activities for hydropower projects impacted existing land-use, disturbed forest biodiversity and fragmented the forest landscape, but the related compensatory afforestation plantations are also ridden with problems,” the study finds.

After the July 25 tragedy local residents have come out saying that what happened at Batesri will continue to haunt them for years to come.

They have raised the all important question, how can living in the hills, particularly the fragile zones like Kinnaur, be made safe? 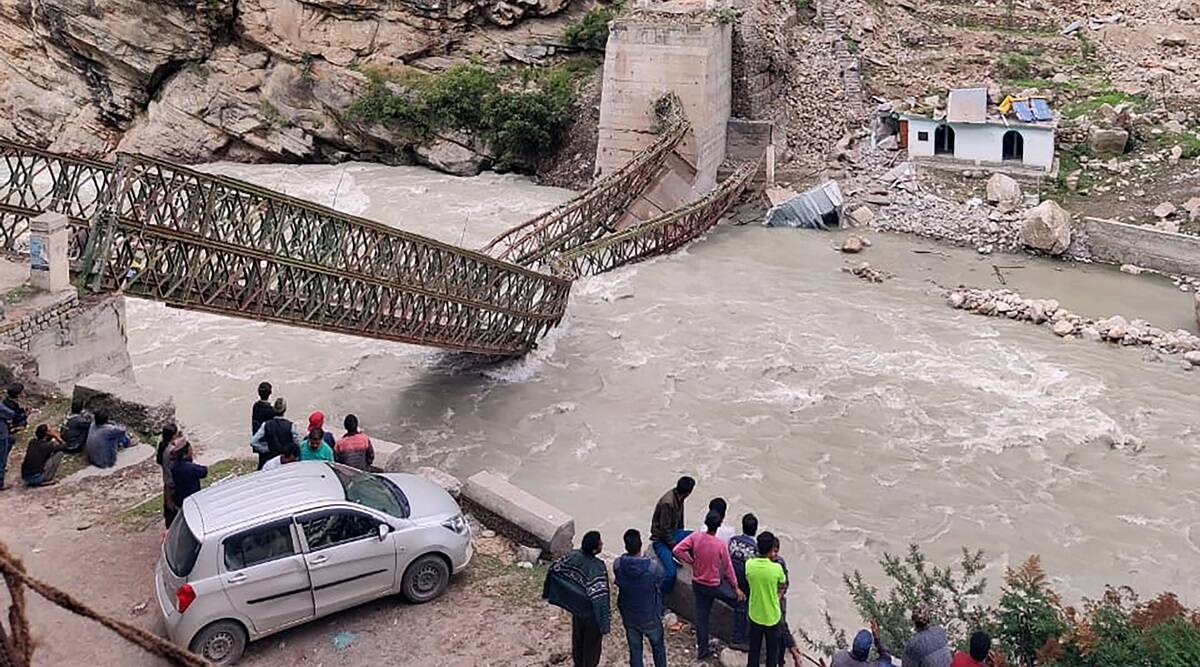