COP26: Toughest Challenge in the History of Policymaking

The degradation of ecosystems is scientifically reversible

At Glasgow, member states of the United Nations together with their experts on climate change are expected to find a way forward for urgent climate action by achieving four major goals: Secure global net zero by 2050 and keep 1.5 degrees within reach, Adapt to protect communities and natural habitats, Mobilize finance, and Work together to deliver.

Securing global net zero is aimed to be achieved by accelerating the phase-out of coal, curtailing deforestation, speeding up the switch to electric vehicles, and encouraging investment in renewable energy.

Adaptation is expected to be met by protecting and restoring ecosystems and by building defences, warning systems and resilient infrastructure as well as agriculture to avoid loss of homes, livelihoods and even lives.

Climate finance, which relates rather to a financial mechanism to achieve the first two goals, is proposed to be attained by mobilizing resources to the tune of about USD 100 billion a year from international financial institutions from developed countries.

And the fourth goal is to be realized by working together to finalize the Paris Rulebook (which makes the Paris Agreement operational) and also by accelerating action to tackle the climate crisis through collaboration between governments, businesses, and civil society.

Therefore, COP26 is indeed a unique opportunity for policymaking to achieve these four goals before it becomes too late for mankind.

States’ efforts to deal with the crisis can be seen in a long journey of the COPs from Berlin in 1995 to Madrid in 2019. Chronological review suggests that policymakers have been consistently indecisive in keeping our promises and fulfilling the commitments we made while adopting all climate change protocols, businesses, and negotiations.

However, it took almost 11 further years to create an official mechanism in the form of the Intergovernmental Panel on Climate Change (IPCC) which was set up in 1988. There appears no sign of any other progressive action during these 11 years except the Montreal Protocol on ozone-depleting substances which came in 1987.

Nevertheless, the IPCC was prompt to assess the magnitude of the problem and submitted its first report in 1990. That report provided a good basis for a second World Climate Conference call for a global treaty on climate change and the urgency of negotiations through a framework convention.

In 1991, during the Earth Summit at Rio and for the first time in the history of global warming, the International Negotiation Committee launched a signature campaign on the issue. Another milestone was reached in 1994 when the United Nations Framework Convention on Climate Change UNFCCC came into force.

After the first Conference of the Parties in 1995 in Berlin, negotiations continued and another important milestone was achieved in 1997 when the Kyoto Protocol was adopted, although it entered into force only after almost eight years through a rigorous international ratification process.

We continued making good progress during next 10 years, and the success became evident through the Paris Agreement during COP21 in 2015 which came soon into force. All the regulations in the rulebook of the Paris Agreement are hovering around to limit global warming to well below 2, preferably to 1.5 degrees celsius above pre-industrial levels.

Thus, COP26 at Glasgow is going to be the most crucial meeting to make the decisions and find a way forward for urgent climate action by all member states of the UN. Since there is literally no time left for continuing indefinite delay in climate action, COP26 is also expected to accommodate all problems and issues with universally acceptable solutions in the policy on climate action.

A commonly accepted policy for urgent climate action remains the toughest challenge for COP26 in the history of policy making because of widespread disparity on literacy, economy, and the climatic vulnerability in the world. For example, many individuals including scholars considered climate change a myth for the longest time. Fortunately climate change is no more a myth, and all activisms against climate action in the world have already reached their minimum.

And, fortunately, a new leadership in the United States has expressed its utmost concern on the issue with a firm commitment of all possible cooperation towards achieving carbon neutrality by mid-century. The entire world is now looking for scientific solutions to the problems emerging from the climate crisis.

Likewise, disparities between toddling and matured economies in the world pose an additional challenge to COP26, and there is growing concern that the Paris Rulebook needs revision, because it would widen the differences in standard of living further, especially between poor and rich nations.

Also, disparity in climatic conditions makes the crisis extremely worrisome for highly venerable countries but less important to regions with low susceptibility. For example, island nations and the countries along or on the coast are on the verge of extinction because of rising sea levels due to climate change.

Furthermore, climate change is also emerging as a tipping point of migration. A recent UNHCR report states that every year about 20 million people have to leave their homes and most of the refugees’ camps across the globe are the result of droughts, floods, famines, crop failures, land desertification, forest fires, sea-level rise, and many other extreme natural events.

Evidently there is an increasing trend of people’s displacement. A study by the International Displacement Monitoring Centre found that disasters in 2020 alone triggered 30.7 million of the new internal displacements in 104 countries worldwide.

Further, the Climate Risk Index has already named several countries as being at high risk of compromising their ecosystem services. This means that climate change policy also needs to ensure the legal protection of climate refugees in the world. Such a strategy is yet another herculean task for policymakers to devise. Clearly the climate crisis is a crisis which has different definitions to different countries.

Thankfully, there is good news for COP26 that comes from two reports.

One, The 2018 Report of the Global Commission on the Economy and Climate, describes a growth story for the 21st century that unlocks unprecedented opportunities of a strong, sustainable, and inclusive economy. In this report the benefits of climate action have been projected much higher than ever before, while the costs of inaction continue to mount.

Two, The 2021 Report of International Energy Agency on Net Zero by 2050: A Roadmap for the Global Energy Sector, which suggests pathways to reach net zero by 2050 despite the current gap between rhetoric and reality on emissions.

These two reports are phenomenal and cheering because they bring substantial hope to COP26, where all member states and the experts may clarify their issues and problems that can then be addressed by incorporating the changes in ‘Climate Action Policy’.

Additionally, we witnessed a rapid recovery in both of our biotic and abiotic environments during the lockdowns under Covid19 crisis. This widespread evidence of exceptional recovery confirms the fact that the degradation of ecosystems is scientifically reversible, which seems to offer a renewed sense of hope to counter the human impacts.

So, reversing climate change by launching worldwide intensive restoration and revival programmes in all ecologically degraded regions should be a win-win game for all nations without any conflict.

The toughest challenge that lies before policymakers in COP26 can successfully be addressed by making a policy or a change in existing policy that is: statutory and enforceable, sensible and realistic, relevant and applicable, flexible and adaptable, effective and attainable, inclusive and rewarding - and most important, a policy that also emphasises actions with strict deadlines.

Y.B Sharma is with the CGWB, Ministry of Jal Shakti, Government of India 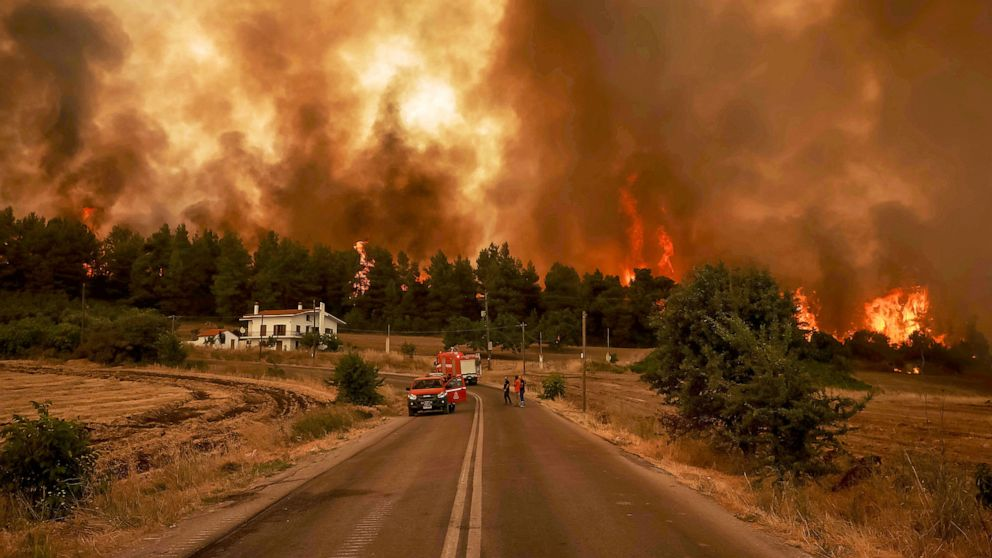