The Swap, the title of journalist-turned-litterateur Shuma Raha’s first novel may play instant magic for readers looking for some soft-porn in the guise of a novel. But the title is deceptive. Though it does deal with what we think it does, Shuma uses this couple-swap we have known for long, by placing it in a larger horizon of word-play, relationships-play and most importantly, offers a completely different perspective of the city of Delhi with its terribly time-killing and people-killing traffic jams, the smoke filled skies, the urchins looking out for metaphorical and real breadcrumbs in the parking lots of corporate offices and so on. She also comments in detail on the changes in the climate in the city that vacillates between chilling winter and the sweltering heat of the summer months and how these changes impact on the moods and temperaments not only in her characters but also on the city itself.

Winner of the Juggernaut Short Story Prize (2017), Shuma Raha is the author of The Love Song of Maya K and Other Stories (2018). A journalist formerly with The Telegraph and The Times of India, she continues to write columns for publications in India and abroad. When she is not writing fiction or getting worked up over current affairs, Shuma dabbles in literary translation. I have read her book of short stories and they are beautiful. It offers the perspective of a very young woman looking at Delhi from a different point of view.

The other significant aspect of the novel is the author’s close attention to the lifestyles of the super elite and affluent among young Delhiites with one middle-aged couple within them. They party, drink, smoke, envy, gossip and buddy among themselves complete with detailed comments, sarcastic, barbed and complimentary on the haute couture of the crowd. The author also comments on the particular music used in the parties plus the food and drinks that form part of such parties underlined by snide comments by some invitees during and after. This reflects how closely Shuma has observed this segment of society in Delhi. It is a small crowd of friends really, quite successful in their respective careers and enjoying the bonhomie and the easy camaraderie among themselves. But from the outset, we get a hint about what may be coming along within which we learn that the female protagonist Priya Bakshi, a working journalist, is having a torrid affair with one of the men within their crowd, Dilip Mitra, a lawyer and also, husband Akash’s childhood friend.

This opens the doors to a lot of sex, subtle, yet sharp and strong in turns, that may scandalize conventional readers who may still be shocked by the very word “adultery.” Two middle-aged characters in the novel, Tarun and Ramola, under their ultra-sophisticated veneer or rather because of it, are intermediaries who run, organize and control well-planned and coordinated couple-swapping parties on the sly at a “precious” price of Rs.10,000 per couple for each “party.” This is all very secretive and confidential within the couples who step into this “agreement.”

Priya Bakshi and Akaash Srivastava’s six-year-old marriage has already run into a draught in sex, though theirs was a love marriage. So, overcoming their socially conditioned taboos, after much hesitation, the two, by mutual agreement, literally jump into the beds of the respective spouses – Priya with her lover Dilip Mitra and Akaash with Dilip’s wife Anuradha who, till then, was a very seriously committed wife and mother. They begin to enjoy these sex sessions so much that this becomes a “regular” thing for them. What happens when and if one of the two couples actually fall in love?

Shuma Raha also brings across her long years as a journalist in Kolkata and then in Delhi with her wonderful satire about politics within the editorial cabins of newspaper offices where, in one of them, she is the assistant editor. She creates the character of Sunanda, Priya’s boss, a very irritating chap who could get on anyone’s nerves but offers an interesting sidebar to the main scenario and the characters that inhabit it.

The sub-plot of Suraj, the small urchin who has secrets to hide, brings out the depth of Priya’s character whose concern for Suraj, the small urchin boy who reveals an entire world in human and child trafficking unravels a completely different aspect of her character. It has nothing to do with the main plot or the theme per se. But the diversion does not intrude into the main track in any way and runs parallel for some time. Juxtaposed against this is Priya’s visit to an art exhibition as part of her journalistic work. Shuma offers a very detailed and finely nuanced description of her experience at the art gallery, the exhibition, the visitors and the artist, her gift for sarcasm is expressed thus:

“She rushed to the woman in white, off-the-shoulder dress that bore a striking resemblance to a rumpled bedsheet embossed with gold rosettes. The woman, who had kohl-rimmed racoon eyes and over-rouged cheeks, seemed equally ecstatic to see Ramola.”

So, The Swap is not just about adultery which is shown dangerously as a socially “legitimized” and acceptable “hobby” intended to rejuvenate the sex lives of young couples whose sex lives have hit a road block. It is also about people and how their interactions change under different circumstances giving the lie to the belief that “friendship is forever.”

Shuma Raha’s language, manner of using language, style of expression are so beautiful that she manages to carry a “forbidden” story of almost “institutionalized” adultery with the smoothness of silk. Sample this:

“Priya liked to keep her lies as non-specific as possible, but since she had told Akaash that she was going for an embassy “do”, and this was an original question related to the original lie, there was nothing for it but to add to the fib. Reluctantly, she mumbled “German” and called her mother.”

And the story goes on, raising questions that the author sought answers to through the organized “swaps’, to close on the critical question – do such couple-swapping with the mutual consent of the couples concerned, really rejuvenate their married sex lives? Is the price tag of Rs.10,000 really worth relationships that create problems that did not exist before these “sessions” began? The author defines her major characters as belonging to the “urban middle class.” But the novel reads them as “affluent, snobbish, elitist affluent class.” Right?

Note The Swap has already been picked up by some OTC platform for a web series known for taking liberties with literature and you can expect some really sizzling stuff. 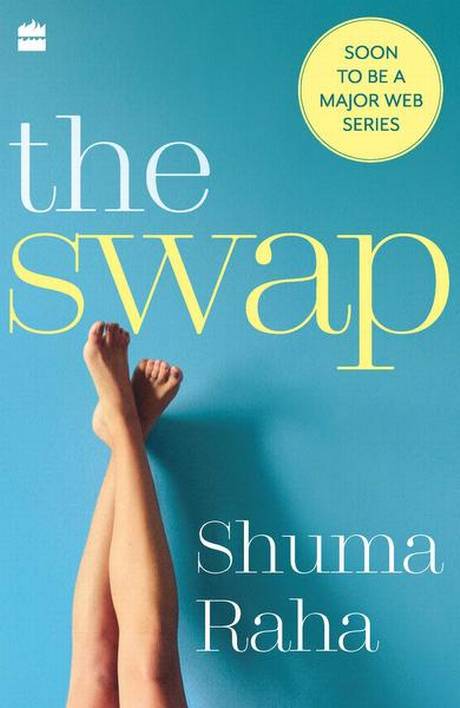 Inside Delhi’s One of a Kind Left Wing Bookstore, Shouldering Safdar Hashmi’s Legacy

No Night Without Stars