Bhagat Singh - The Power of the Hunger Strike

Extracts from The Bhagat Singh Reader

Formally I was a student of literature and did all my studies, research, and teaching in Hindi literature and translations and writing many books in the field of literary studies; yet revolutionary movements and revolutionaries themselves never got out of my mind.

While professionally I continued to teach, research and supervise in the field of literary studies, I started working on my passion of studying and writing about revolutionaries. In 1985–86, a book, co-edited by me in Hindi, Bhagat Singh aur Unke Sathiyon ke Dastavez was published by one of the eminent Hindi publishers, Rajkamal Prakashan from Delhi and this book became an instant hit and continues to be so even today .

Continuing with my study of the history and documents from the Indian revolutionary movements, I became more interested in searching and focusing upon Bhagat Singh, whom I found to be the most organized in his thinking about the revolution and the means to achieve it. He went beyond the tradition of the early revolutionaries and found an ideal of the revolution.

He gave an ideological direction to the whole movement, which had been missing earlier. Bhagat Singh became convinced about his path, after a profound study of revolutionary movements from around the world and reached the conclusion that the goal of Indian revolution should be socialist revolution by not just ending colonial rule, but class rule as well.

In that sense, Bhagat Singh became the first such Indian revolutionary, who like the Socialist revolutionaries the world over, would write, thought of ideas apart from just performing actions.

He was just sixteen when he wrote his first essay, which is available to us, apart from the few letters written earlier to family members. His first written essay, published ten years later in a Hindi journal Hindi Sandesh in 1933 was ‘The Problem of Language and Script in Punjab’. He wrote it for a competition and won the first prize of fifty rupees, which in those days would be close to five thousand rupees of today.

But from his very first essay to his last, are in his own handwriting. Most, or all of them, are found in printed form, almost all in written under fictitious names; one hardly finds any printed essay remotely associated with his real name–For example in the Delhi-based Hindi journal, Maharathi, one finds the mention of a writer BS Sindhu. One can perhaps identify it as Bhagat Singh Sandhu, as his family clan title is Sandhu. But he twisted it to Sindhu; perhaps in his strong patriotic feeling as an Indian, being a resident of ‘Sindh’, the ancient identity of India as ‘the civilization of Sindhu Valley’.

Interestingly, when his niece, Virender took to writing the family biography and edited his documents, she took the same title ‘Sindhu’– she is known as Virender Sindhu and not Sandhu in public. What is found in Bhagat Singh’s own handwriting are either his letters or The Jail Notebook, which remained preserved. Not all, but quite a few letters are conserved, including the oldest ones, written to family members when he was 14 years-old in 1921.

Bhagat Singh’s life as a writer and active revolutionary life run simultaneously. He joined the revolutionary movement at the age of 16 in 1923 and had less than seven years to achieve his goals; and one can see how well he performed; he was perhaps one of the ‘best performers’, not only in India, but at the level of whole world!

He not only performed political revolutionary acts in this period, which are referred to in the introduction to the book but also wrote prolifically. In those days of limited means of travelling, he travelled almost the whole of India, with only the South and North East out of his reach.

He spent a lot of time reading the best books of the world, be it of history, politics, economics, or literature. He wrote in four languages –Urdu, Hindi, Punjabi, and English. He had a good command over Sanskrit, as it was one of his subjects in school, encouraged by his Arya Samaji grandfather, Arjan Singh. He also understood Bengali very well and could recite poets like Nazrul Islam and Tagore in their native Bengali language.

Bhagat Singh wrote more than 130 documents in seven years, covering nearly 400 hundred pages! He wrote more than fifty letters, apart from court statements, pamphlets, essays, and sketches. It is believed by many, on the basis of the reminiscences of one of his jail comrades, that Bhagat Singh wrote four more books in jail; these were supposedly smuggled out, but they are yet to be found.

The fifty-eight letters available and presented in The Bhagat Singh Reader are in all four languages– Urdu, Punjabi, Hindi and English.

The political weapon of hunger strike was used by Bhagat Singh and his comrades in a most effective manner. In fact, it needs to be emphasized that the moral strength of observing a self-sacrificing hunger strike has always been effective in all societies and it still carries that strength.

The difference between a suicide bomber and a person on a hunger strike is that while a suicide bomber gives his life for a cause dear to him and also takes away the lives of others as well, losing the sympathy of people in the process, a person on a hunger strike only harms himself or herself and even sacrifices his or her life, in the process pricking the conscience of the nation. 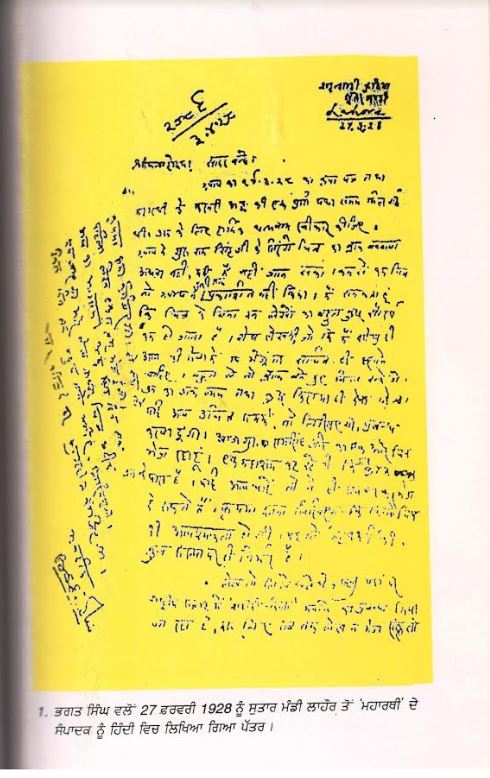 Bhagat Singh and his comrades were aware of this fact and they used it to the hilt, all the while erasing the impression of themselves being killers or terror creators. This realization also shows the political maturity of Bhagat Singh. The weapon of the hunger strike is quite effective even today, provided it carries the moral strength of the cause and person undertaking this step.

Bhagat Singh and his comrades boycotted the trial of the Saunders murder, and the way the tribunal handed the death sentence to Bhagat Singh, Rajguru and Sukhdev is thoroughly exposed in AG Noorani’s book The Trial of Bhagat Singh.

It was nothing but murder committed by British colonialists through judicial drama, and as Bhagat Singh had befittingly written to the Governor Punjab three days prior their execution about how they were to be treated as war prisoners, as they were waging war against British imperialism and as such ‘they should be shot dead’ rather than being hanged to death like common criminals.

But the British proved to be so cowardly, that they even flouted international norms of the timing of the hanging, i.e. 6-7 a.m.; Bhagat Singh, Rajguru and Sukhdev were hanged to death at 7 p.m. on 23 March itself. That day a huge rally was held at Lahore by the Naujwan Bharat Sabha, which had apprehended that the execution will take place instead on the morning of 24 March.

As a last act of defiance, not only did the three revolutionaries refuse to cover their face with a black mask as is the practice, but they also put the noose around their neck themselves while addressing the magistrate who came to watch the execution process and said to him, ‘Mr Magistrate you are lucky to watch our execution and to see how Indians kiss the gallows cheerfully.’

There are some other interesting aspects of Bhagat Singh, for instance he had an excellent rapport with national leaders, be it Subhas Chandra Bose, Jawaharlal Nehru, Motilal Nehru, Lala Lajpat Rai, Madan Mohan Malviya, or others. Subhas Chandra Bose and Nehru were both much appreciative of Bhagat Singh’s personality, even though Congress leaders and the young revolutionaries were at crossroads many times due to their different perceptions and way of working.

Seeing Lala Lajpat Rai going wayward and working with communal forces, Bhagat Singh and his comrades attacked him openly. Yet they did not break contact with him. In fact, Lala Lajpat Rai’s grandson was the secretary of the Bal Students Union, which was inspired by Bhagat Singh. Moti Lal Nehru, Madan Mohan Malviya, Dewan Chaman Lal all condemned the Central Assembly bomb-throwing by Bhagat Singh and his comrades in rather strong words.

Gandhi declared it as ‘a mad act of two young men’. While Bhagat Singh described Dewan Chaman Lal as a ‘pseudo socialist’ in his famous sessions court statement and accused Tej Bahadur Sapru as being no different from the British if system remains same. Yet the same leaders, from Pt Motilal Nehru, Diwan Chaman Lal, Madan Mohan Malviya, even Tej Bahadur Sapru, apart from Jawaharlal Nehru, Subhas Bose and Jinnah, stood up for these revolutionary youth in courts and when they were on hunger strikes went to every possible extent to save their lives.

Advocates like Asaf Ali, Kailash Nath Katju, Chander Bhan Gupta, Mohan Lal Saxena, all stood by the youth. It was the spirit of nationalism which bound these national leaders and the revolutionary youth. Even though both factions criticized each other bitterly, yet they stood together at the time of crisis, particularly against the British Empire. – Something which needs to be learnt by present-day national leaders and the youth of India.

Another aspect of Bhagat Singh and his brand of the revolutionary movement was the total opposition of the caste system and communalism. Dalit movements of today, after Dr. Ambedkar, accept Bhagat Singh as their genuine supporter.

Bhagat Singh’s writings and his conduct earned him the love and support of Dalit masses. Periyar and Ambedkar tributes to Bhagat Singh have come to light after decades since these first appeared in Tamil and Marathi. In jail, before going to the gallows, Bhagat Singh was not only reading Lenin, he asked for food from Bebe(Mother), a name given to a Dalit jail employee, Bogha, in affection by Bhagat Singh, with the logic that the mother too cleanses the defecation of her children just as the Dalit woman had to for grown-up people. In that sense, Bhagat Singh treated and respected the manual scavenger in jail just like his mother.

It must be underlined that none of the communal organizations, be it the Hindus, Muslims or Sikhs, had spoken a word in favour or in defence of these revolutionaries.

Ironically, now all communal organizations want to give a religious colour to these national martyrs, despite Bhagat Singh being a committed atheist and had refused to perform any religious rituals before going to gallows. 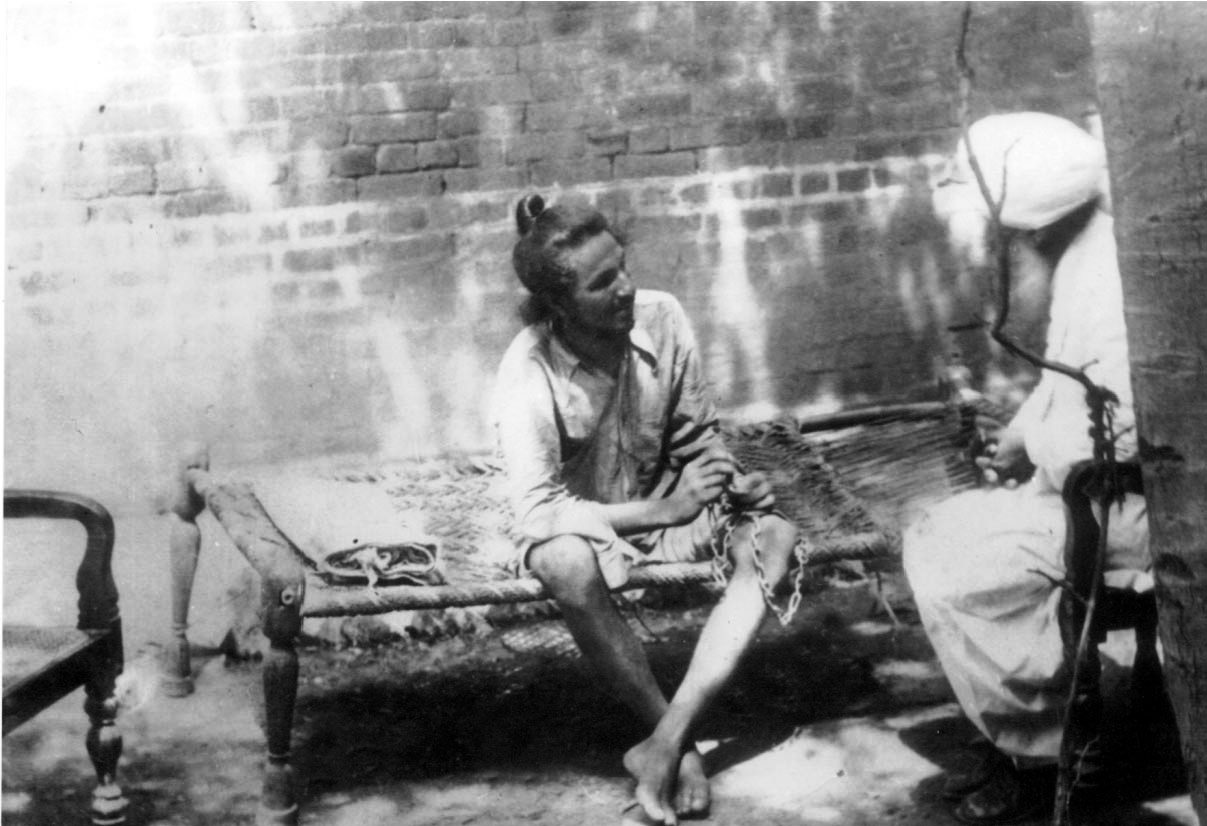