COLOMBO: When the famous Moroccan traveler Ibn Battuta visited Sri Lanka between September and November 1344, the island was fabled for its wealth. It was a hub of international trade in the Indian Ocean, welcoming foreign traders and travelers with open arms. It was a rich mosaic of ethnicities and a picture of religious and ethnic harmony - a far cry from today, when the Sinhalese, Tamils and Muslims are at odd with each other.

The story of Ibn Battuta’s visit to Saranadib (as he pronounced Swarnadweepa) has been told by Lankan sociologist Ameena Hussein in an engaging manner in her book: Chasing Tall Tales and Mystiques: Ibn Battuta in Sri Lanka (Sail Fish 2020). While being historically well-grounded, the book is a rich tapestry of Ibn Battuta’s observations; insights into his personality; his likes and dislikes; and his comfort zones in an alien, multi-cultural land.

What is noteworthy is that while being an Islamic puritan, Battuta appears to have been tolerant of Sufi Islam characterized by devotion to saints and their graves, which prevailed among Lankan Muslims at that time and is till date the dominant faith in Sri Lanka. Battuta even had a peep into the sanctum sanctorum of a Hindu shrine in Devundara.

It was a chance discovery of a street in Puttalam named after Ibn Battuta, which aroused Hussein’s curiosity about the North African Berber traveler. Hussein found that it was also on an impulse that Battuta had chosen to travel across unknown seas and lands. His landing in Sri Lanka was also by chance. En route to Malabar in South India, thereafter to Bengal and thence to China from the Maldives, a storm had blown his tiny vessel to Sri Lanka.

Landing at Puttalam, he found that the area was under the Jaffna Tamil King Arya Chakravarti (Sultan Ayri Shakarwati as Battuta called him). Hussein surmises that the Arya Chakravarti Battuta met was Marthanda Singai Aryan aka Pararajasekaran. Arya Chakravarti’s agents received Battuta well because he dropped the name of the King’s ally, the ruler of Malabar (probably the Zamorin of Calicut). According to Hussein, Lankan Kings welcomed foreigners because they informed them about happenings outside their realm, especially the activities of their rivals. In the Sutanate of Delhi, they were referred to as Aziz or the Honorable and given high posts in the administration.

There was always an exchange of gifts with the local Kings lavishing their guests with expensive pearls, rubies, and even slave girls. Being extroverted, daring, and fond of the good life, Battuta had no qualms about demanding gifts. In Delhi he petitioned Sultan Muhammad Shah II (1325-51) of the Tughlak dynasty repeatedly for six months to get his due because creditors were harassing him.

Distinguished travelers like Battuta moved from place to place in a caravan, laden with goods and accompanied by camp followers who included many wives and slave girls. Battuta had married eleven times and also had several concubines to boot.

As a fastidious foodie, he evaluated hospitality by the kind of food he was served and would complain if the food was substandard. He enjoyed every kind of food (including locusts and stuffed lizards), but was generally wary of meats unless the animal had been slaughtered in the Halal or Islamic way. Because of this he was mostly vegetarian during his travels, Hussein says. Battuta also commented on the eating habits of the locals and noted that the Brahmins and the Yogis, who were assigned to him by Arya Chakravarti to be his guides for a trip to Adam’s Peak, did not eat meat.

Though he found that the local Sinhalese Buddhists were ready to put him up where their families lived, Hindus always assigned a separate place for him with a separate kitchen. However, Battuta preferred to stay with Muslim families where he felt more at home, especially because the women there observed Purdah. Fortunately for him, there were Muslims in all the towns he visited in Lanka. Hussein notes that Battuta was a puritan who had tried (in vain) to convince Maldivian women to cover the upper part of their bodies.

In Puttalam and Mannar, Battuta saw boat or ship building for which the island was then famous. This disproves the modern theory that Lankans were not seafarers and that all their sea farers were foreigners. The Lankans had developed a sewing technique which prevented vessels from cracking which enabled them to undertake foreign jobs. In Mannar, Battuta saw pearl fishing and said that the divers had a mask which enabled them to be under water for an unbelievable two hours! 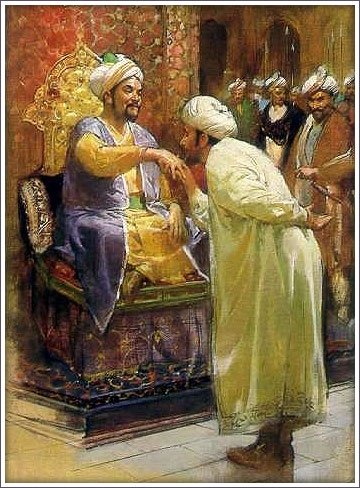 Having landed in Lanka, Battuta was eager to visit Adam’s Peak which is said to have the foot print of the first man, Adam, who is also Islam’s first prophet. When Arya Chakravarti asked him to make a wish, Battuta unhesitatingly said that he would like to visit Adam’s Peak. The Tamil king then assigned an escort including Brahmins and Yogis who knew the safe pilgrims’ routes as Adams Peak. Adam’s Peak was also sacred to the Hindus as Shivan Oli Padam and to the Buddhists as Saman Kuta.

Hussein notes that while today, Adam’s Peak is essentially a Buddhist pilgrimage destination, in the past, it was a religious destination for all faiths. Because of the increasing hold of Wahhabism nowadays, Muslims do not treat Adam’s Peak (called Baba Adam Malai by them) as their place of pilgrimage.

While on the subject of inter-religious places of worship, Hussein mentions several places across the island which are multi-faith. The place where Kuraishan Sayid Ismail Galay Bandara Oliullah is buried in Kurunegala attracts devotees of all faiths. Hussein noticed Sinhalese Buddhist women breaking coconuts to invoke the blessings of the Muslim saint. The saint was Prince Vathimi (perhaps Fathimi) son of Bhuvanekabahu I (1272-1284) by Muslim wife. When Vathimi ascended the throne, Buddhist monks disapproved of it and killed him by engineering a fall from a mountain top. The place he fell became holy with Vathimi becoming a Muslim saint as well as a minor Buddhist God.

Among the other inter-faith shrines is the one for Abdul Qadir Jailani, who had died after during a pilgrimage to Adam’s Peak. In Colombo or Kalanbu as Battuta called the town, the ruler was a Muslim called Jalasti. Hussein feels that Jalasti was actually Coya Jaan or Khoja Jahan, an ex-Malay pirate. He was known to be powerful with an army of Abyssinians. Being a sea port and a trading town, Colombo was chiefly composed of non-Sinhalese and foreigners. When the Portuguese arrived in 1505 the first thing they saw was a minaret and thought Lanka was an Islamic country.

Colombo houses the Devatagaha mosque, which is visited by members of all faiths. The Deen Noor Nachia shrine, in which a chaste Muslim woman, pursued by a lustful Portuguese man is buried, attracts Tamil and Sinhalese unmarried and childless women.

In her concluding remarks, Ameena Hussein regrets that the Lanka of Ibn Battuta, where religious and ethnic harmony were the order of the day, does not exist today. The likes of Bodu Bala Sena on the one hand, and the Wahhabi extremists on the other, dictate communal relations, with the State unable to stand up to the religious bullies.

Addressing her own Lankan Muslim community, Hussein says: “Their change in dress and sometimes fierce public display of the practice of their faith, has only served to alienate a previously well-integrated community from the rest of the population. Moderates and liberals like myself have for the most part been cowed down by the critical self-righteousness of Muslim hardliners.” 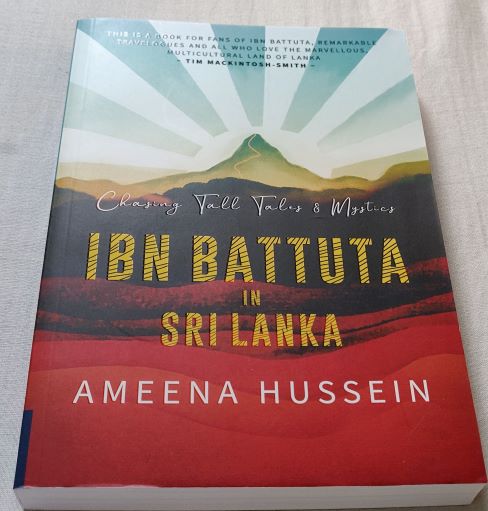 On the Ground in Damoh: Residents Enforce Lockdown Amid Covid Spiral 1 minute ago

The Prosperity Line 9 minutes ago