A journalist, poet, critic, novelist who doesn’t believe in genres

Dr Jaskiran Chopra’s latest book, Yesterday Once More is a nostalgic compendium of columns written for sundry newspapers and publications. In particular ‘Blank Verse’ in the Pioneer was one of the most avidly read of her columns.

Jaskiran Chopra boasts of a multifaceted literary persona that should be the envy of her peers. She wears three hats, that of a journalist, author and an academic. And interestingly, all the hats fit her to a tee. She has been an outstanding journalist, having worked with the United News of India both in Delhi and Dehra Dun, as also the Times of India. She was also associated with the Pioneer for a long time where she earned name and fame for her columns and features. From news and features to writing books was thus a seamless transition for this accomplished journalist.

Her first book, Jashn-e-Tanhai (meaning ‘celebrating solitude’) – a bouquet of 85 ghazals and nazms in Urdu – came out in 2004 and was received with critical acclaim. Her poetic creations tell of the yearning and the countless days that a woman spends waiting and longing for her lover. It is in that ‘longing’ that she becomes melancholy and says, “teri namojoodgi, teri doori, ban gayee hai humsafar meri” meaning thereby that your ‘absence’ and the ‘distance’ between us have become my fellow traveller.

It is really amazing how someone who has had all of her education in the English medium and a master’s degree in English literature, is an Urdu poet of no mean order, and should write Urdu with such felicity. There have been a few others in this mould, more reputed, who had their university education in English – and a few among them like Firaq Gorakhpuri also taught English at university. Chopra too teaches English at the Doon University.

Ruskin Bond launched her second book, Autumn Raga in 2011. It tells the story of a young woman who returns to her hometown Dehra Dun after some turbulent and unsavory experiences that leave her emotionally shattered. She finds to her dismay that the once idyllic and serene town she had left some years ago has turned into a bustling ugly metropolis, losing in the process its innocence and old world charm.

With the help of a childhood friend, she introspects and rediscovers her inner strength, and accepts both the beauty and the pain of her past; slowly she begins to reconstruct a future with her daughter as its focal point. Autumn Raga is a nostalgic yearning for the past with its cozy and warm shadows; it is also a strong argument for a hopeful tomorrow.

Memories of Another Day was her third book. It is an evocative walk down memory lane by someone who lived much of her life in this once sylvan Dehra Dun. Jaskiran speaks for all of those who, like her have lived much of their life in Dehra Dun. Like her, we too miss Doon’s foresty ambience and its cool breeze that would tenderly ruffle our hair, and the teasing summer showers that caressed our faces like drops of mist.

It is a touching and sad story about the quaint little town that has now fallen on bad days, thanks to its being anointed in 2000 as ‘interim’ capital of the new state of Uttarakhand, and the consequent havoc brought upon it.

Her magnum opus, Fiction and Film: Ruskin Bond’s Romantic Imagination is a fascinating narrative of the life and work of Ruskin Bond, India’s iconic storyteller. It is based on a well researched and exhaustive dissertation she had written for her doctorate. Her in-depth research breaks the myth that Ruskin Bond is essentially a children’s writer; rather his work covers a wide range of genres like novellas, short stories, poetry, essays, and his autobiographical narratives that bring to fore the depth and breadth of his writing. These aspects have been lucidly brought out and highlighted in the book, thanks to Chopra’s assiduous research lasting over three years.

Her work also brings into focus the romantic tradition inherited from the West that is much in evidence in the Indian literature. It identifies ‘romance’ in a wider perspective and underlines it both as a philosophy and a methodology. Bond’s romantic imagination bestows on his writings a uniqueness that makes him the writer for all ages and all seasons. In fact the book highlights the core of romance that really lies at the heart of his imagination. Although he is now 86, his writing still has that childlike innocence that has made him still one of the most read and loved authors.

Chopra writes fiction and poetry with equal felicity both in English and Hindi/Urdu, albeit in Devnagari script; she recites her poems at public functions or kavi sammelans that draw tumultuous ‘Wah Wah’, ‘Once more’. When it comes to writing, she doesn’t believe in genre.

“Whatever I write, it comes from ‘Dil Se’. I not only love writing stories on authors and Bollywood celebrities but also on commoners like a paanwala or magazinewala” or her neighbour or for that matter literally just about anything, or even ‘nothing’. She has a fertile imagination quite capable of making a mountain of a molehill.

She has a special affinity with themes that speak of solitude or yearning – she is evocative to the extreme and loves writing about yesterdays and yesteryears. The title of her latest book, Yesterday Once More proves the point – the sensitivity of its narrative gives a feeling of nostalgia and reminiscence. It is a bag full of richly textured and scattered memories of a lost world of innocence and simplicity that she now shares with ‘We the Readers’.

“People with whom one has worked, whom one has observed, and places that had been close to one’s heart, and the friends who have gone far away – all these and much more from the past has made this Book a sentimental and emotional experience for me,” writes Jaskiran in the preface to the book.

The towns of Dehra Dun and Mussoorie in which she grew up are the quintessence of the narrative. “How these towns have changed, how I have changed and how the entire way of life has changed to a great extent over the passing years is the theme that runs through the Book. Each story which I wrote in the solitude of my Study took me back in time. The enchanting seasons of the Valley and the summer vacations in Mussoorie, the odd cinema hall of Doon and Mussoorie, the days of my childhood in the once leafy and green Vale of the Doon, and much else that I had held dearest can be found on the pages of Yesterday Once More,” says Jaskiran.

Rs 599 Raj Kanwar is a veteran Dehra-Dun based journalist and author. His latest book is Dateline Dehra Dun. 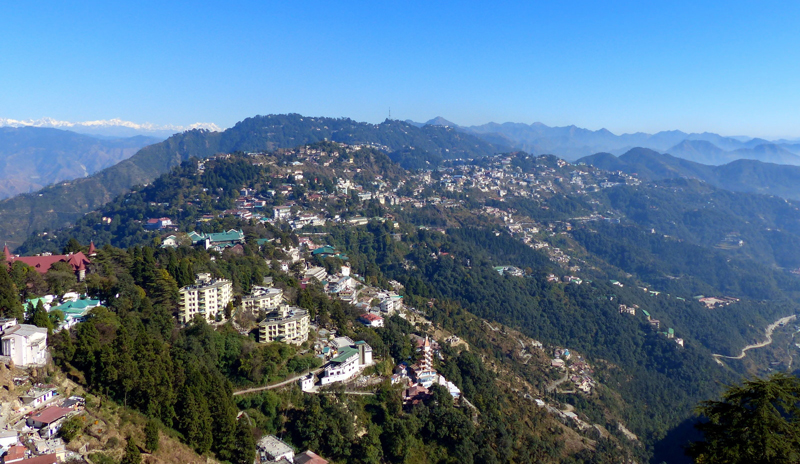