How does family become a safe space and a nauseating hole?

This idea of what it means to be a ‘man’ is a very real form of consciousness which does define, shape, configure masculinity and performances of the male self, ideas in which ‘men’ root their identity.

When it comes to masculinity, popular culture, including films, series, social media posts and articles are dominated by a linear discourse that oscillates between the toxic and hypermasculine templates, discouraging any reflection into the complex formation of ‘male’ subject positions, their identity, or the multiple masculinities they possess.

The Anger of Saintly Men, author Anubha Yadav’s first work of fiction, paints a canvas of seized masculinities. Chronicling the lived experiences of three boys and their immediate acquaintances being brought up in Gurgaon, it traces the various social, cultural, political and economic contexts of the formation of masculinity.

A working definition of masculinity could be to see it as a formation of relations between women and men, a set of practices rooted in gendered relations that have an effect on mind, body and culture. Masculinities then are processes not types, and are linked to social and cultural transformations, and do not form in a vacuum or solely on the basis of an individual’s actions.

Yadav in her work very rightly departs from the view of masculinity as an ideological construct, and delves into the realm of practice and action to locate the formation and operation of masculinity. Her stories firmly site it in the institutional site of the patriarchal family, its rules and codes dictating the active cultural production of all of what it means to be a man.

All the chapters, one by one, tell tales of boys, men and in-betweens, grappling with the pressure of how families want them to be, how their peers and friends make them anxious of their own sexuality or virility; the compulsion of being martial and brave and perhaps of being forced to occupy the subject positions expected of them.

The stories of Saurabh, Anu, Vicky and their relations are at once refreshing and suffocating, and reveal as well as conceal how men and ideas of men are produced in society. This novel is situated against a backdrop of globalising impulses and the changes brought by these forces.

What are the subject positions offered to Indian boys? How do they learn to be men? How in all this is the family implicated? How does the family become at once a safe space and a nauseating hole?

The usual pigeonholing of masculinity as toxic and violent in the way of hegemony does nothing to reveal the discursive formation of masculinity in society.

What are men’s hopes and ambitions? What are their frustrations? What compels them to be the way they are? It is not all black and white, and the circumscriptions and privileges of masculinity are oppressive too.

How boys learn to behave as men and inhabit male identity is not a monolithic, seamless and organic process. The novel teases out men’s relationships with their own bodies, the public and private nature of their being, as well as the compulsions and anxieties placed on them.

Often widely known and usually trivialised, the travails of growing up as boys, the ordeal of being bullied for not being someone else, the horror of presenting the fragile masculine self – all of these get weaved into the stories Yadav tells.

Anubha Yadav’s writing is seductive, and invites you to turn the pages which reveal the ironical, comical and unstable underbelly of Indian manhood.

The Anger of Saintly Men is published by BEE Books, 2021

Aakriti Kohli is an assistant professor, researcher and documentary filmmaker. She teaches media and cultural studies, and has a keen interest in writing on gender and technology. 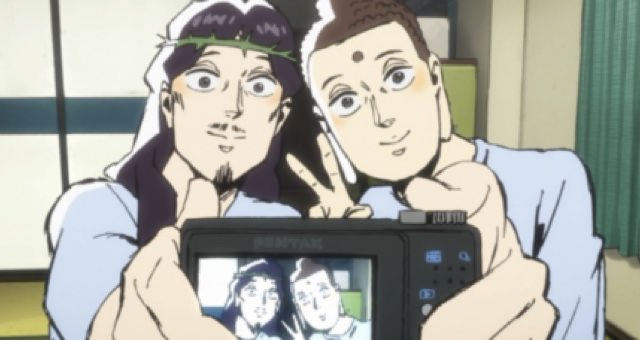