'Online Classes are a Joke': Kashmiri Students, Teachers Itch to Return to School

PULWAMA: With covid cases day by day on the decline and 15% of people fully vaccinated, students in the Kashmir valley are itching to resume normal classes to continue their studies.

They say they have been deprived of a regular education for three years and are struggling.

College student Aijaz Ahmad Mir told The Citizen that “online classes are a joke, as we are getting learning material there that can easily be fetched from Google.”

He said that when classes are conducted online “students lack interest, with many muting their phones and roaming around, while many get involved in playing online games.”

“Unlike online classes, educational institutions develop interest among students. I have been waiting to wear my uniform before joining college, as it is my dream now,” said Mir.

He said he checks his mobile daily for news about the resumption of formal classes.

Another student told The Citizen that years of online classes have been irking them as “the mobile affects eyesight” which is a matter of concern.

“The government talks of Covid SOPs, but why doesn’t it seem to see violation of these SOPs in public parks, where people gather in large numbers?” he asked.

Some teachers also said that normal classwork should be resumed in the Valley so that students may feel satisfied and refreshed.

He said the government might have extended the closure of educational institutions anticipating a third wave, “but if schools are reopened and SOPs are followed, that would be much better, as a dark future for students can be averted.”

Ahmad added that many government school teachers have been working with health officials since the Covid outbreak and are yet to be relieved. He demanded that all such teachers be relieved now.

Another teacher, Muzaffar Ahmad said that many students have become involved in “bad activities” following the closure of educational institutions.

He further said that online classes are futile, as students do not usually understand the lessons taught online.

Students in professional courses have also been affected.

“Journalism is all about practical work,” said Firdous Ahmad Parray, a journalism student at the Islamic University of Science and Technology.

He said it is a course that can only be pursued through practical sessions, not online.

“Education in Kashmir is badly affected since 4 August 2019,” said Nasir Khuehami, national spokesman of the Jammu and Kashmir Students Association, referring to the day the Indian government dismantled Article 370.

With the continuous disruption of formal education, students from Kashmir have difficulty competing with those from other parts, he said.

Khuemani reiterated that many areas in Kashmir have no network connectivity and that many people can’t afford smartphones due to poverty.

The last time all educational institutions in Jammu and Kashmir were closed was around four months back, during the second surge.

A recent order issued by the UT government on August 1 reads that “all schools and higher educational institutions, including coaching centres, shall continue to remain closed for onsite/in-person teaching till further orders.”

The institutes are however “permitted to seek personal attendance of limited vaccinated staff for administrative purposes.” 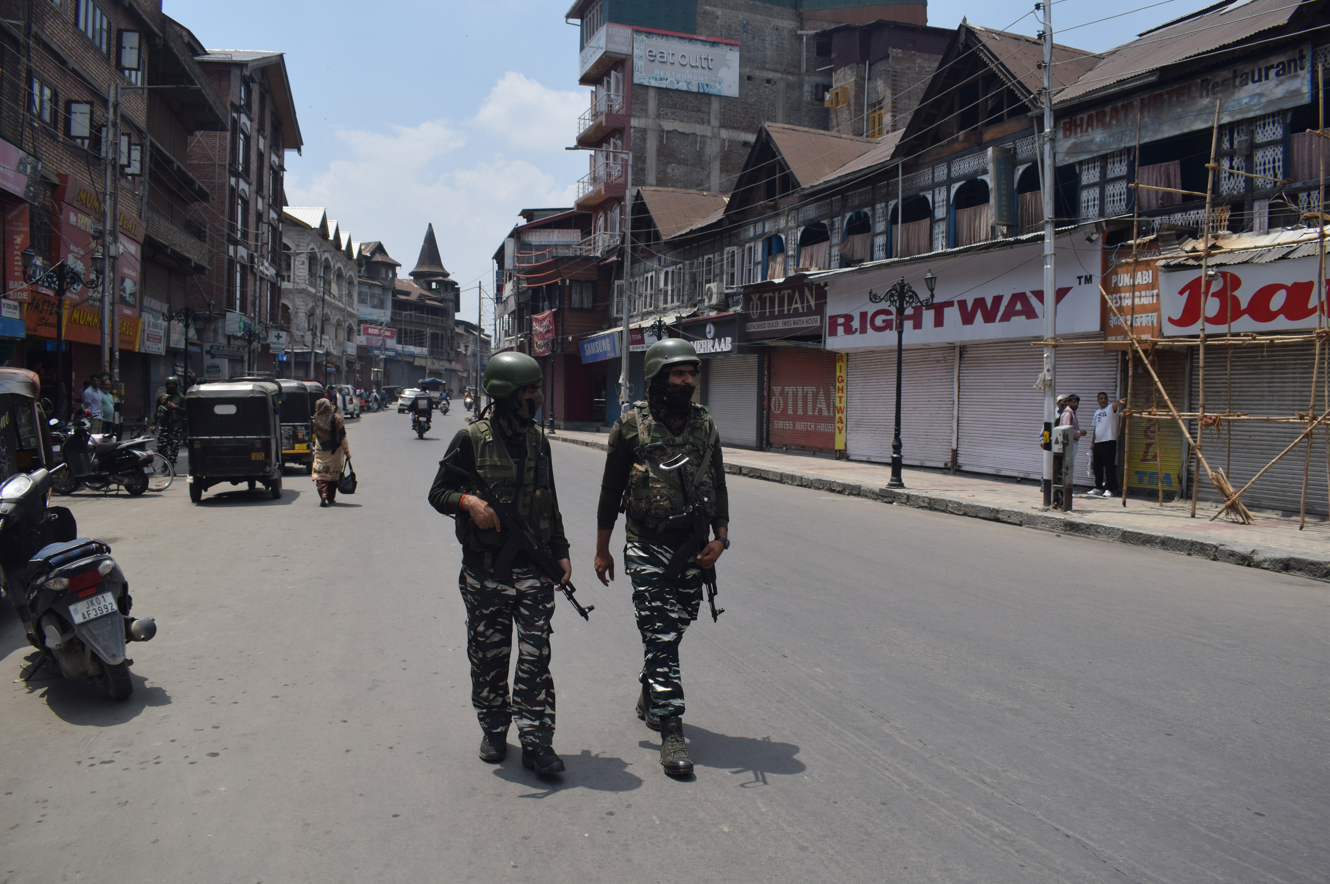