Where Have All the Donkeys Gone?

India has a donkey problem on its hands. A startling finding in a recent study is that besides other factors it is illegal export of live donkeys, their hide, and meat taking place across borders via easily accessible routes that is a major reason for pushing donkeys towards extinction.

The hypothesis of the exercise was that China is directly and indirectly to blame for the fall in the donkey population not only in India but across the globe as donkey hide (skin) is used for manufacturing Ejiao, a traditional Chinese medicine.

Ejiao is donkey hide gelatin or ass-hide glue obtained from the skin of a donkey by soaking and stewing. Ejiao is an ingredient to treat different types of illness such as bleeding, dizziness, insomnia and dry cough. It is also a health fad, believed to prolong life, increase the sex drive and maintain beauty. And hence has seen an explosion in demand for China's rising middle class. Several previous studies, conducted in several countries, categorically mention that the soaring demand for donkey hides in China for Ejiao has left the global donkey population in crisis.

Coming back to India, the study looked at the donkey hide trade (DHT) in India following concerns raised by animal rights activists and the sudden decline in the donkey population here.

“It was found that the traders and breeders of donkeys claim to know about the illegal transportation and purchase of donkeys. They are sure that the donkeys are not going to be utilized for general purposes such as transportation of goods and people,” the report stated.

It was also found that the decline in the donkey population is partially due to increasing mechanization at brick kilns and the adoption of mules instead of donkeys for transportation purposes. Furthermore, the exclusion of donkey meat from goods and services tax (GST) and categorizing it with other meat categories makes it easier for dealers to exploit the overall situation.

Gopal R. Surabathula, secretary of Animal Rescue Organization in Andhra Pradesh told The Citizen, “if the slaughtering of donkeys continues at this pace, 10 years down the line, the entire donkey population would be wiped out.”

It is learnt that in some areas of Andhra Pradesh alone, hundreds of donkeys are butchered every Thursday and Sunday and the donkeys are procured from other states as well. The open sale of donkey meat is going on unabated as people, including doctors, are obsessed with donkey meat believing it to have medicinal values that cure several ailments including sexual maladies among men.

The study has listed the other causes for declining donkey population in India that include reduced utility and donkey owning communities opting for employment or businesses. The report has pointed out that the automation and mechanization at brick kilns along with rural areas are also contributing to the declining population.

It was found that in the brick kilns of Bihar and Uttar Pradesh, donkeys are being replaced by mules as the latter can carry more loads. Kiln owners told the investigator that mules can carry up to 10 times more load than donkeys.

Then there is the other significant reason for the decline in grazing lands in places like Gujarat.

Another fact that came to light from Gujarat was that of donkey owners complaining about the theft of their animals. It was found that locals were stealing donkeys from the nomads and selling them for insignificant amounts (as low as Rs 5000).

“Enquiries revealed that these local people earn easy money in lieu of stealing donkeys. After stealing donkeys, they hand them over to these illegal buyers. The latter get donkeys at a lower price compared to what they would have spent had they bought these animals from the rightful owners,” the report stated..

The investigation has left some critical questions unanswered. What are the possible reasons for donkey theft in Maharashtra and where are the donkeys being taken? Where is the skin of the slaughtered donkeys in Andhra Pradesh packed? What is the source of donkey hide that is being marketed on a prominent portal? Who are the potential buyers of lame and non-productive donkeys and who approaches communities in remote locations across India? What is the utility of donkeys that are being carried to Nepal illegally? Who are the possible buyers of live donkeys and their skin in Nepal?

The study maintained that live donkeys are traded across the Indo-Nepal Border. It said, “India and Nepal share a 1,770 km long porous border. Allegedly this border allows easy transportation of any goods from India to Nepal and vice versa. The conjecture was that from Nepal, the donkey hides were being smuggled or transported to China.”

The investigator claimed to have collected substantial anecdotal evidence on the video camera to conclude that DHT is taking place in India. “In several instances, the donkey owners have mentioned traders or buyers from ‘far away land’ coming and demanding 100 donkeys in one go. Further, confirmation by several donkey owners about the donkey skin trade and a Chinese connection substantiates the fact that DHT does exist in India. However, it is still unclear what the trade's modus operandi is; one informed guess after this study is that skin is sold, with evidence from Andhra Pradesh, Rajasthan, Uttar Pradesh, and Gujarat.”

“The authorities need to take a serious note of the illegal practices around donkeys and their declining numbers. The mechanism to check the illegal transportation and sale of fide across the borders needs to be strengthened. Timely action in these directions is the need of the hour,” the investigator Sharat told this reporter. 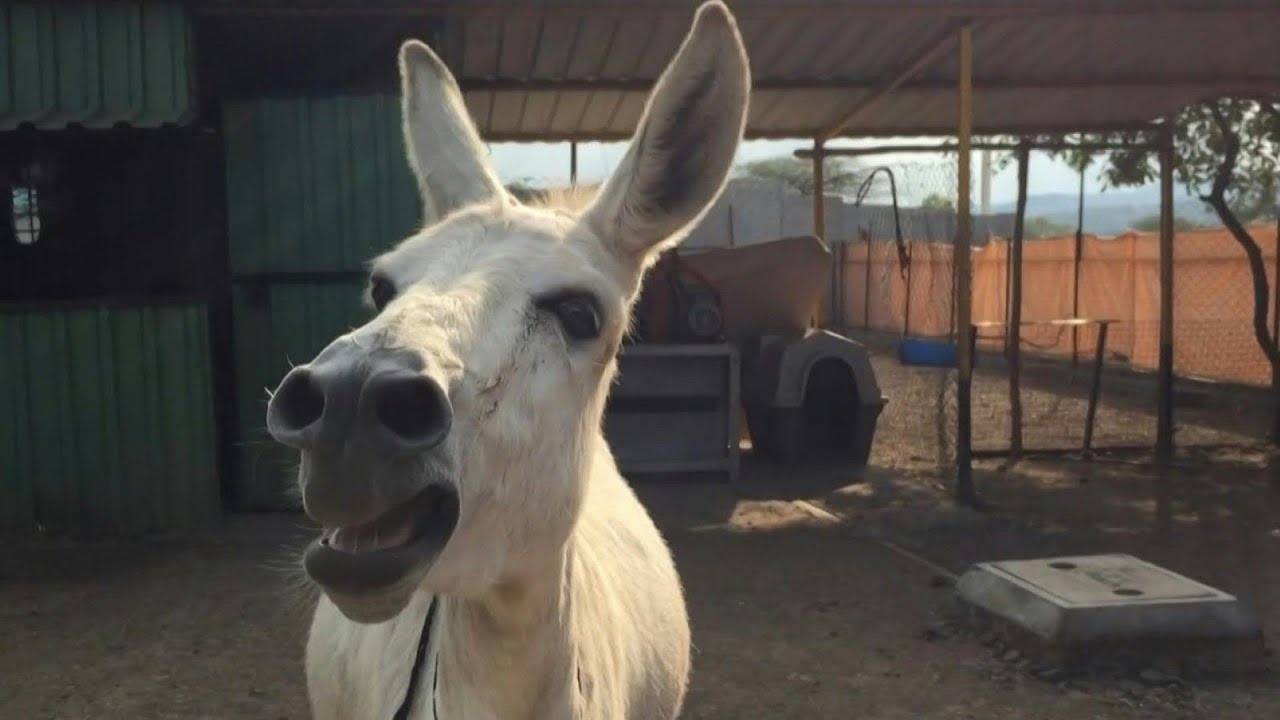