Higher education to tribal scholars and their representation in it is one of the major indicators of human development for tribal students and for their communities. Affirmative action including reservation to ensure the representation of tribal students is not only a constitutional mandate but effective for the development of creativity and critical knowledge production in higher education.

However, with the deeply rooted casteism/racism in all sectors, the privileged raised-castes seem to be oblivious to how crucial these reservation policies are for better access to opportunities for highly discriminated and marginalized communities.

Last year we saw how journalist Palki Sharma questioned the necessity of reservation for the Scheduled Castes and Schedule Tribes. Despite being a mediaperson, Sharma was ignorant of the existing discrimination that SC-ST and OBC students experience upon their socio-cultural roots and their historical financial and social struggle against inequality – which has led to the dire requirement of reservations and financial boosts through schemes like scholarships.

Let us say we are responding to Sharma’s question, to closely examine the reservation policies and their implementation in higher education in recent times in India.

The representation of SC-STs scholars in premier higher educational institutes such as IIMs, IITs and other emerging private institutes like Ashoka University and Jindal are deplorable. The Aishe reports from recent academic years have been showing a lower rate of enrolment from the tribal communities at all educational levels.

To these institutions, “Reservation kills merit.” Here it is worth mentioning that the sole purpose of reservation is to ensure representation. However, these premier institutes make these reservation policies toothless by bringing the discourse of “merit” without acknowledging that merit comes with layers of social and economic privilege.

Data submitted to Parliament by the Union Ministry of Education shows the ever-lowering rate of student enrolment from SC and ST communities to doctoral programs across 23 IITs in India.

According to the constitutionally designated policy, the reservation percentage should be 15% for SCs and 7.5% for STs. But the 5 years of data submitted show that among the total admissions across all IITs between 2015 and 2019, only 2.1% and 9.1% of ST and SC students got in. Meanwhile, the rate of so-called General Category applicants was a whopping 65.6% of the total admission, much higher in proportion to their population.

To quantify, among 11,019 SC and 1,809 ST applicants, only 238 and 40 students got selected respectively. Even in the newer IITs, Tirupati and Palakkad the admission of ST students was nil in all departments. The number was only one in Bhilai, Goa and Dharwad in the academic year 2020.

Now administered by the Ministry of Tribal Affairs (MoTA), it was initiated in 2005-06 with the number of awards at 667 for the ST scholars. Till 2013-14 this fellowship was managed by the UGC. Later, in the academic year 2014-15, the RGNF was renamed the National Fellowship for the Scheduled Tribes (NFST) and the number of awards was increased to 750 from 667 by the new BJP government.

When the program started in the first year, the awards were 667 and remained unchanged for a decade, till its managerial responsibility was transferred to MoTA. Even after MoTA took over administration of the fellowship, the number just increased barely to 750, not even by 100.

Though the Congress government initiated the RGNF in 2005 and its successor BJP government merged it with MoTA, apparently with the objective of increasing the slot and effective administration of scholarships in 2014, that very token increase in the number of fellowships raises doubt on the commitment to ensure actual social justice to Adivasi/ tribal scholars in higher education.

How does the number of fellowship awards remain constant and low for more than a decade? This shows the depth of systematic exclusion of mandated constitutional rights and the deliberate attempt to keep the tribals and the marginalized communities off of the academic spaces. Ironically, this very group of exclusionary people talk about ‘mythical’ merit in terms of student enrolment and faculty recruitments.

Looking at the number of awardees for the National Fellowship Scheme for Higher Education for the ST scholars, the intention and effort of MoTA to the aforementioned development appears questionable. MoTA, which was only established in 1999, has taken only inadequate measures to update the scheme so that the fellowship awards keep pace with the growing number of students each year, as an RTI query reveals.

This shows that the Ministry of Tribal Affairs is not concerned about the needs of the Tribal scholars to pursue doctoral education.

Moreover, MoTA has a record of not utilizing its allocated budget fully. Also, there are several loopholes in the policy implementation of various schemes such as the National Overseas Scholarship for ST, Scheduled Tribes Component, and etc.

Despite having the intention of delivering social justice, at least on paper and to an extent in application/practicality, and despite the government’s constitutional duty, the ministry is failing to fully act on the development of the STs because of ambiguity in implementation of the schemes.

Therefore, MoTA should make remedial efforts. A review committee with more representations from Adivasi and tribal academicians across the regions should be formed to regularly monitor the fair allocation of scholarships, review the existing scheme clauses and timely update as per the demand of the scholars.

Lastly, in the case of schemes like NOS, National Fellowship for ST, promptness in the call for scholarship and publication of awards in accordance with each national and international academic year is a must to enable the ST students, who utterly need the fellowship to pursue their higher education.

Ashok Danavath is an (ST) graduate from TISS Hyderabad, a development professional in the field of welfare policies and currently a postgraduate at the International Institute of Social Studies, Erasmus University, Rotterdam 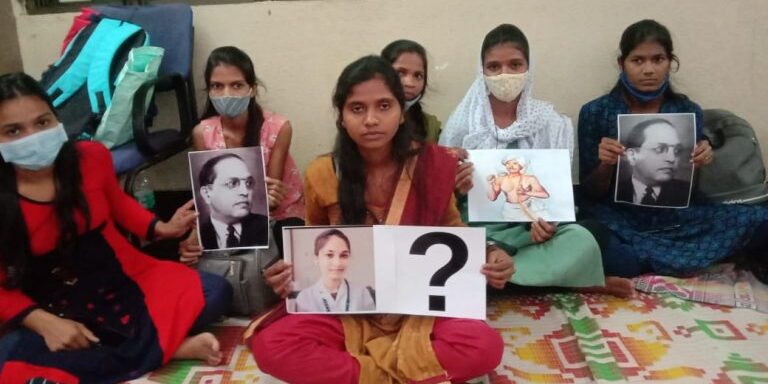 Economics with a Human Face: Young Writer Makes a Mark with His First Book

The Apsara Began Dreaming Up Ways to Kill the Singer

Don’t Look Up: A Film That’s Absolutely Screaming to be Seen

1965: A Western Sunrise is a Masterpiece in Military History