Life on the footpath

“My sister-in-law, in her teenage years, lost four kids out of six in this ice-cold winter,” Gangu Devi, a pavement dweller of Rajendra place, said. According to the Indian Meteorological Department, Delhi experienced the longest cold spell in December after two decades. Albeit her sister-in-law is pregnant with her seventh child, Gangu fears the downward trend of mercury might freeze her sister-in-law’s happiness again.

Despite witnessing several deaths of infants living on the footpath over the years, the number of pavement dwellers seems to be rising with each passing day at the busy traffic signal at Rajendra place Ring Road. Rampant unemployment and a lack of alternative opportunities force these individuals to face the onslaught of harsh winds and adverse practices in order to make a living. 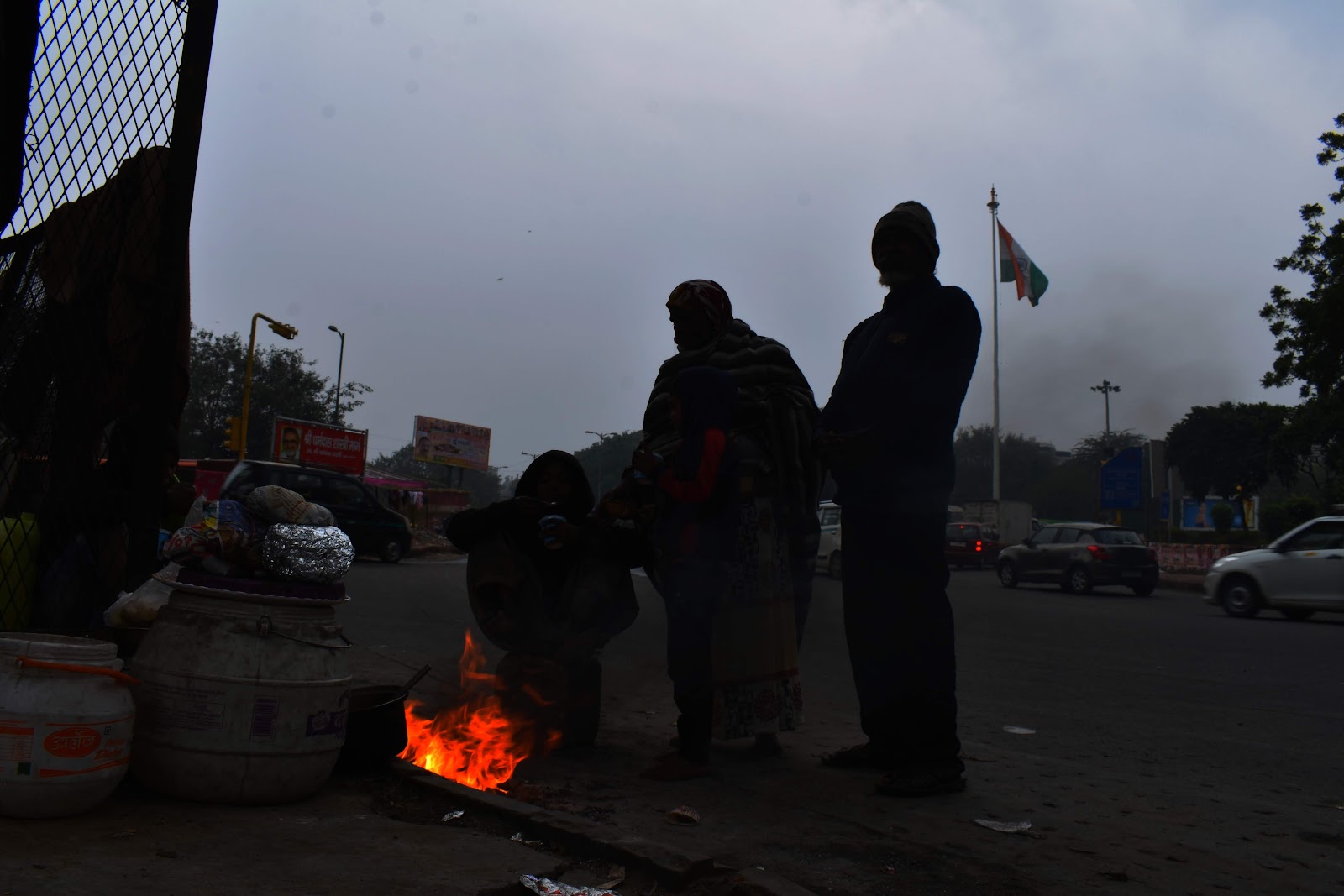 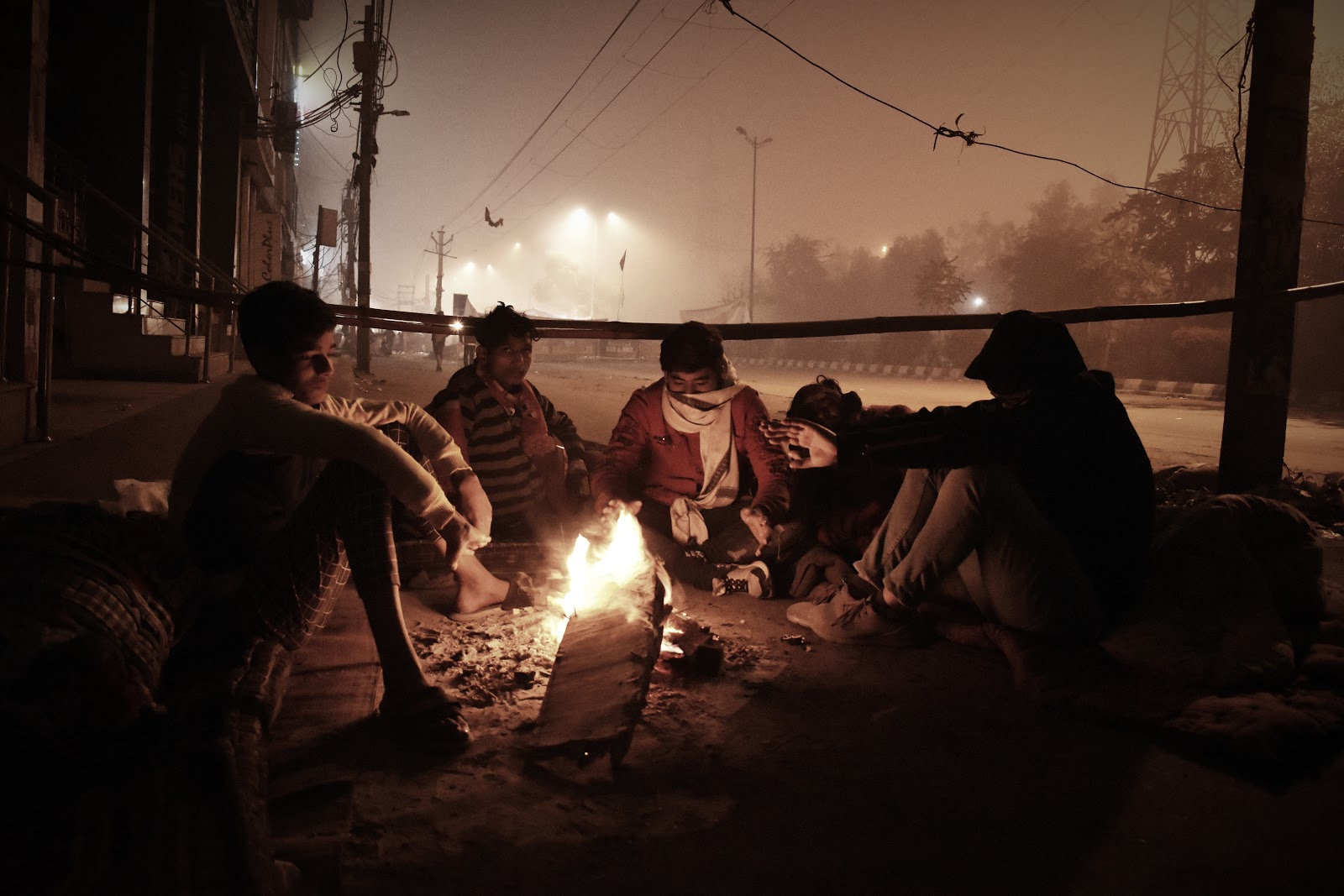 Gangu’s husband narrated the journey his grandparents made along with their community, from Maharashtra to Delhi in search of employment.

Until the construction of the metro station, this whole area was occupied by “slums” in which the migrants resided. “I grew up here, was taught, for a while, by several NGOs while witnessing the beautification of this place, through the construction of Rajendra Place metro station and widening of roads, which deprived us of the only roof we had over our heads”, Gangu’s husband recalled.

Gangu alleged instances of “police violence” against pavement dwellers that took place after her group refused to move when asked to leave the area. “We had no place to go, how could we just leave it? So they started threatening and beating the male folks,” Gangu exclaimed.

Having received multiple demands for rehabilitation by pavement dwellers, the state government provided them with the rooms in Motia Khan, Jhandewalan. However, their historic challenge of unemployment still remains unsettled.

“It's not like we are completely homeless, we have been provided rooms with a regular supply of water and electricity, but that doesn't bring us food,” Manga Bai, a member of the group, said. 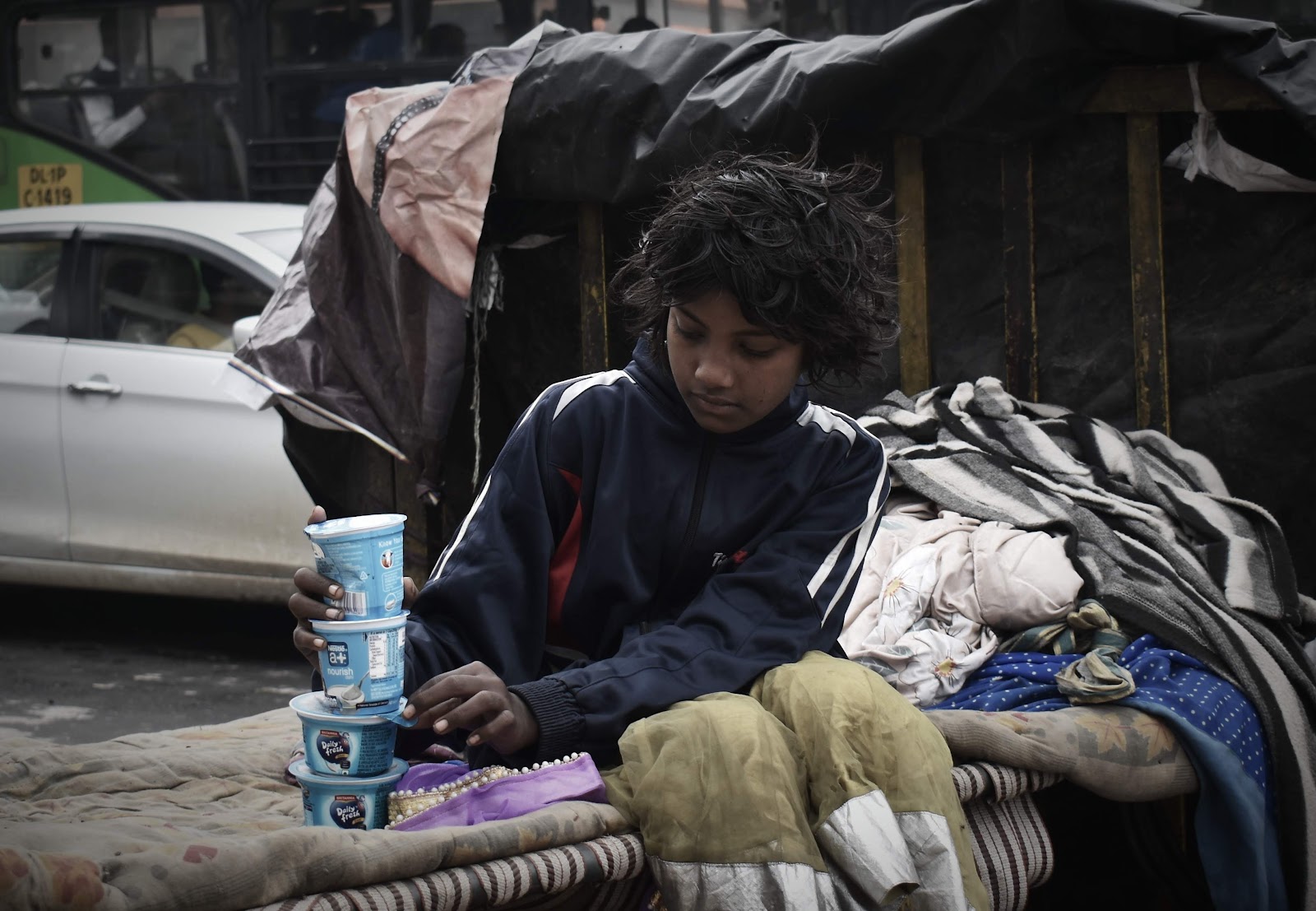 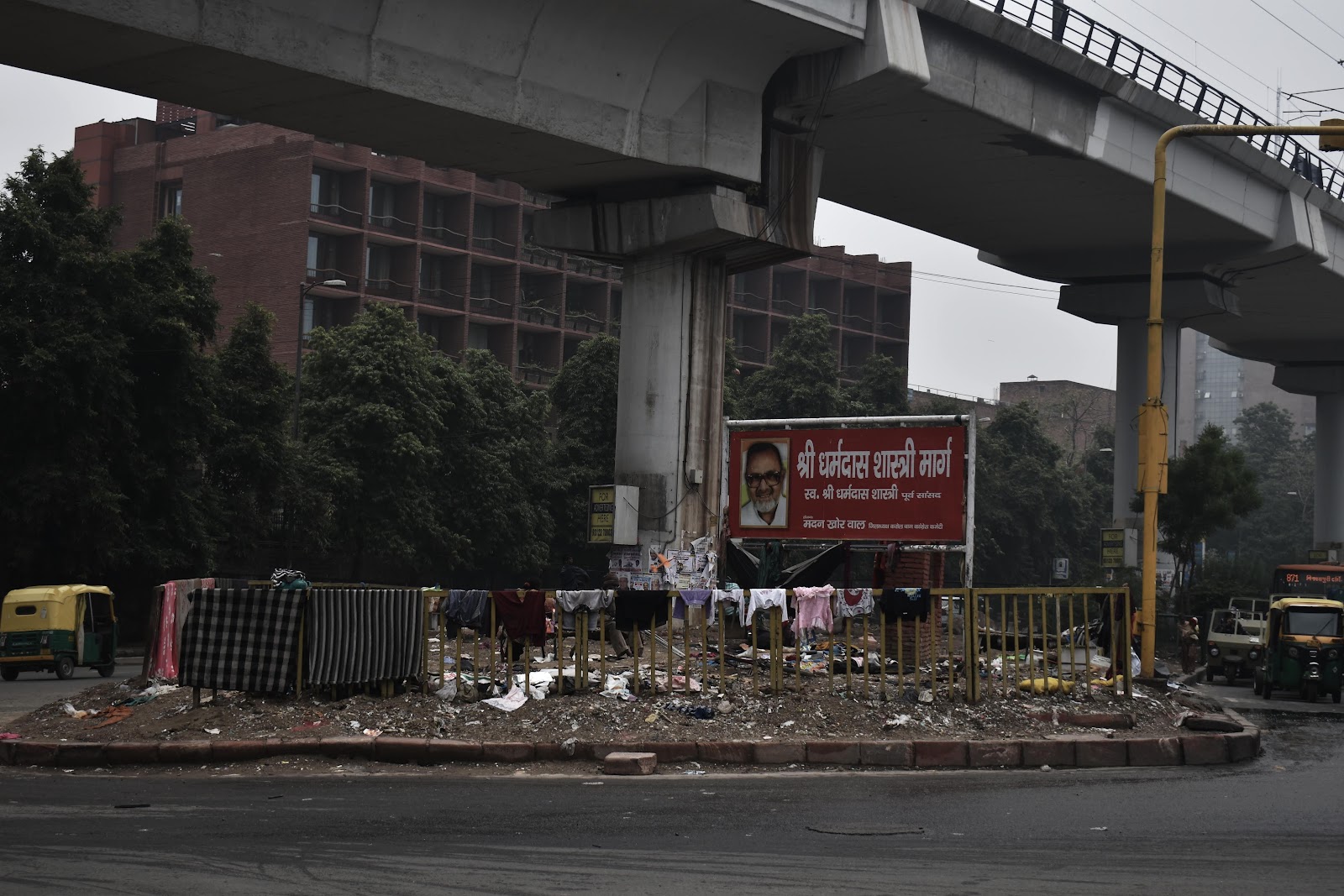 She further added that nearly everyone’s livelihood is primarily dependent on selling balloons and water bottles at traffic signals, which requires habitual movement from Motia Khan to Rajendra place and vice versa. In order to reduce travelling expenses, the group of pavement dwellers prefer to stay in the vicinity of the traffic signal.

Another member, Shanti Devi (name changed) stated that besides selling their wares, she, along with other pavement dwellers rely on “public charity” to sustain themselves through the harsh winters.

“Big cars come and everybody starts running towards them as they bring us food, blankets or other things. That’s how I convince myself that at least I am getting some food or clothes for my children,” Shanti Devi told The Citizen.

Krishna (19) stated that people become more charitable during the winter season, donating blankets and other essentials, especially at night time. Recently married, Krishna expressed that he feels weighed down with the immense responsibilities of supporting his parents, wife and in-laws. The extremely low temperatures do not make sustaining a large family any easier.

“Almost every winter I sleep near this red-light, but this time it feels unbearable. Seeking any form of public conveyance becomes impossible at midnight, therefore I have to sleep on this pavement,” he told The Citizen.

The lack of public convenience infrastructure makes their lives even harder. Public toilets are a rare occurrence in the area, forcing the women to resort to urinating on street corners. Moreover, the women believe that by relocating from their occupied places, they suffer the risk of losing “charitable attention”. 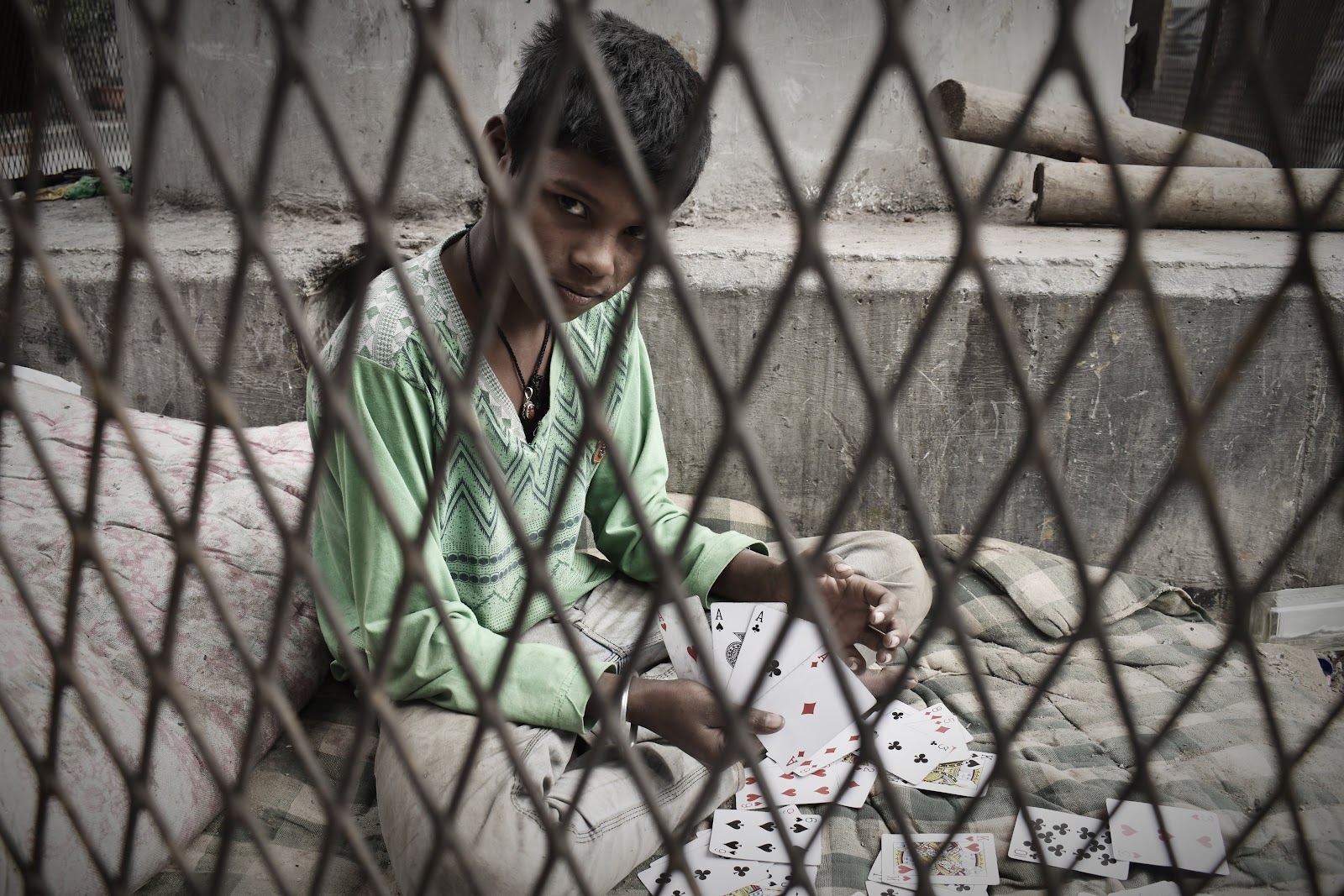 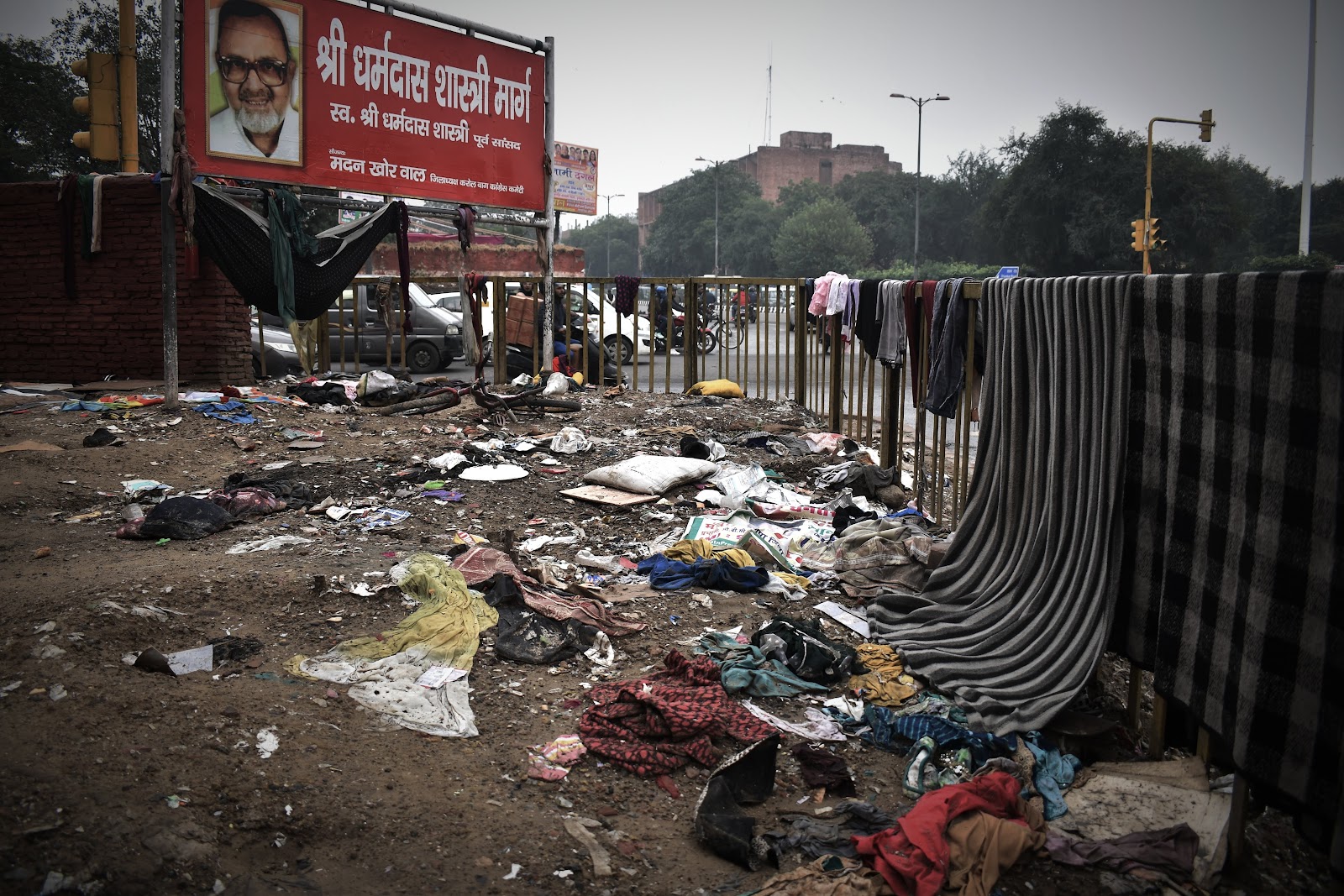 Besides the bone-chilling winter, this group is falling prey to other miseries due to a lack of alternative opportunities. From children to adults, mostly everyone is engaged in the rampant practice of consuming drugs which deteriorates their health in multiple ways. To worsen the situation, the elders are allegedly pushing their children into the practice of begging.

Bablu (12), a drug-user, recalled how his elder sister died during childbirth as she was heavily consuming drugs at the time. He further added, "My parents ask me to bring money in lieu of food they provide. When I don't get anything despite perpetual begging, I end up stealing money and food from shops in crowded areas."

Manisha, Bablu’s younger sister, explicitly remembered her first encounter with drugs through a couple who no longer live in the area.

While drug use continues unabated, members of the group continue to flock around the traffic signal, braving the cold winds to eke out a living. As Krishna stated, “This rapid fall in temperature is the worst thing for a poor person like me.”

Soul Of A Wounded Warrior

International Consultation on the ‘Human Rights of Persons with Disability’

‘My Father Worries I Am Becoming a Desh Drohi’